Debate: How can we collaborate to raise impact?

At Imperial there is little doubt we have front rank researchers and we’re out there doing things on the final frontier. However, space is also a government-identified economic area with good growth potential. How does the “publish or perish” world of an aspiring academic fit with applying their innovative skills to help economic growth? Imperial is host to talents which should be harnessed and collaboration looks the way to do it. But what is needed? 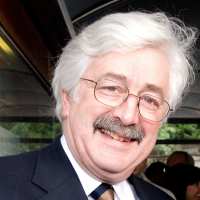 David is a Professor of Space and Atmospheric Physics at Imperial, and a member of the Steering Board of the UK Space Agency. Until 2011, he was the Director of Science and Robotic Exploration at the European Space Agency in Paris, a post he held for a decade. His other notable roles include Head of Earth Observation Strategy at ESA and Head of the Physics Department at Imperial. He is also chairman of the Board of Trustees of the London Institute of Space Policy and Law, past president of the Royal Astronomical Society and a fellow of the Royal Aeronautical Society.