The President is Imperial’s top executive, with ultimate responsibility for the College’s performance, reputation and success. She leads key parts of Imperial’s strategic trajectory, including the White City Campus.

President Gast is widely known for her influential voice on innovation, collaboration, globalisation, technology and the future of higher education. Her views and analyses have appeared in the New York Times, Wall Street Journal, BBC, Economist, Financial Times, Le Monde, World Economic Forum, South China Morning Post and Xinhua, among other global media outlets. She holds a number of government and academic advisory roles in the UK, European Union, Singapore and the United States.

President Gast leads the delivery of Imperial’s Strategy 2015-20. The Strategy sets out Imperial's strengths and priorities, including research and education foundations, talented and inspirational people, and the partners who make Imperial's work possible as we deliver benefit to society. Under her leadership, which commenced in 2014, Imperial has strengthened its ties with policymakers, industry, philanthropists and alumni, while the new White City Campus comes to life.

The President, who oversees all functions of the College, works with the Provost, Professor Ian Walmsley, who is responsible for delivering and enhancing Imperial’s core academic mission. President Gast chairs the President’s Board which plans for and addresses issues of broad, strategic, and College-wide significance. The President is also a member of the College Council, the governing and executive body of the university.

As President, she has promoted collaboration and societal engagement, prioritised entrepreneurship and innovation, increased Imperial’s visibility around the world, developed closer working relationships with government and stakeholders, made Imperial an influential voice on Brexit and political challenges, enhanced alumni relations and philanthropic opportunities, focused on celebrating excellence, and overseen the rapid development of Imperial’s White City Campus.

Prior to her appointment at Imperial, Professor Gast was the 13th President of Lehigh University from August 2006 to August 2014. Other leadership roles include serving as the Vice-President for Research and Associate Provost and Robert T. Haslam Chair in Chemical Engineering at the Massachusetts Institute of Technology from 2001 - 2006.

Professor Gast’s academic interest is in surface and interfacial phenomena, in particular the behaviour of complex fluids. She has co-authored numerous scientific publications and a classic textbook on colloid and surface phenomena. She was a faculty member at Stanford University from 1985 to 2001, being promoted to full professor in 1995. She was also affiliated with the Stanford Synchrotron Radiation Laboratory.

The grand challenges facing the world and the complex approaches to surmounting them require the type of integrated international teams in which Imperial students and academics thrive. Our strengths in science, engineering, medicine and business are, and will continue to be, invaluable in addressing these challenges."

Professor Gast is a member of a number of UK and international advisory committees and boards including the National Academy of Engineering; the League of European Research Universities (LERU), the Academic Research Council for the Singapore Ministry of Education and the Technical University of Munich (TUM)’s Institute for Advanced Study. She was made a United States Science Envoy to the Caucasus and Central Asia in 2010. In 2012, she was appointed to the board of directors of Chevron Corporation. Professor Gast is a member of the World Economic Forum Global University Leaders' Forum (GULF) and is Co-Vice-Chair of the Advisory Board for the Centre for the Fourth Industrial Revolution (C4IR).

Professor Gast is a Fellow of the American Academy of Arts and Sciences, the American Institute of Chemical Engineers, the Royal Academy of Engineering, the City and Guilds of London Institute, and the Académie des Technologies, France. 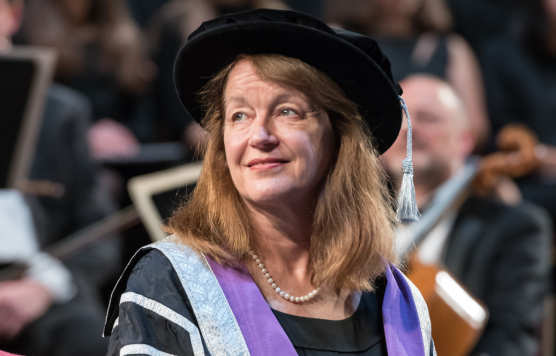