Hawys Tomos - the art of engineering 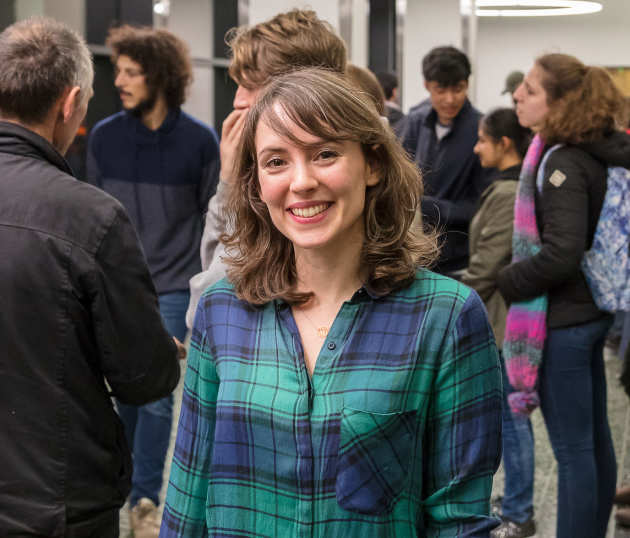 “I’m a human-centred designer specialising in healthcare,” says Hawys Tomos. “I actually studied mechanical engineering at Imperial, way back when. Then I was an engineer for a little bit before I restudied to become a designer. I was always interested in healthcare, my mechanical engineering projects were always about the body and that continued when I moved into design.”

Tomos is now Director of her own design company but alongside this work she returned to Imperial six years ago to create a module on design, art and creativity for mechanical engineering students.

She continues: “The module’s an elective, so students choose to do it. My aim is to teach them the design process, how to think laterally and creatively, and there’s some art in there as well.

“I think drawing is super important for engineers. In order to go through the creative process, you need to not be too fixed on one idea immediately. You need to have an open mind and be able to laterally think around a problem. Drawing facilitates that.

“For example, we do life drawing with the students. They each have a sketch book and they make 50 drawings in 50 days. The students are really used to communicating their thoughts verbally or perhaps in equations, but not necessarily drawing their ideas. Drawing every day is habit forming so you become more likely by the end of it to pick up a pen to explain something, rather than trying to say it out loud.”

The largest portion of the course is spent on a human centred design project. The nature of the project will change from year to year, but the most recent challenge was to design an app or a website that would, in some way, improve the quality of life for a group of people: “Part of the process is to teach students how to write a more narrow brief, so the challenge was deliberately broad.”

“The coursework, from essay to project, really captures some essence of design engineering and it is really through experiencing it that I can get to understand some of these concepts.”

Working in groups of three of four, students must carry out early phase research by getting out of the design studio and meeting the people they hope to help: “This is something they have to do. I don’t spoon feed it to them. Some people went to Chelsea and Westminster Hospital, for example, one group went and spoke to school teachers, others went and spoke to people in garden centres, depending on who they needed to reach.”

At the end of this stage the groups have come up with a specific brief. Then they can develop ideas through brainstorming and carry out early testing, again working with people who might benefit from the technology. Once they have fixed on their ideas, the teams work on refining their app or website.

They must also set up an exhibition and present their idea for assessment: “We have a dragon’s den style assessment where students present in their groups to the assessing panel and all their peers. It’s pretty nerve wracking.” The panel includes tutors and guest assessors, such as a designer from artificial intelligence company DeepMind.

During the module, students are given formative assessments, but these do no contribute to their grades. The final assessment is based on the exhibition and presentation, the prototypes, the ideas behind them and the research that they have done in the process.

Tomos adds: “It’s a different way of thinking to other modules they might take. They find a real problem and they answer a real problem. I have had students saying: ‘I didn’t even realise I was qualified to explore this space.’ And of course they are, they’ve got amazing skills as engineers. They just need to think about how they could apply them in a more human-centred way.

“Creativity is relevant in all manners of work. Just because you’re an engineer doesn’t mean you’re not creative. In fact, I think the opposite: you have to think creatively to problem solve and I think this course can help them to gain their creativity.”