Galaxies emit light at all wavelengths from X rays to radio. The dominant energy sources are stars. Starlight is emitted at ultraviolet, optical and near-infrared wavelengths, but may be absorbed by dust (stellar ash) mixed in the gas in the disks of galaxies, and it is then re-emitted at longer wavelengths, at mid-infrared, far-infrared, or sub-mm wavelengths. One of the important discoveries of the past 20 years has been the recognition that approximately half the light emitted by stars comes out at these longer wavelengths. Black holes, especially very massive black holes in the nuclei of galaxies, are also an important source of energy, in the form of light emitted from the hot accretion disks surrounding the black holes, and mechanical energy input from jets. A full understanding of galaxies requires an explanation of how the structures we see today came about. The goal of observers is to compile a detailed description of galaxies at all wavelengths, and at different stages in cosmic history (by looking further away). Our work in this area is concentrated on two aspects. First, we are using the Herschel telescope to study the reprocessed light re-emitted at far infrared wavelengths. Second we are studying the Universe at early times, when it was only a few % of its current age, by identifying quasars of very-high redshift. 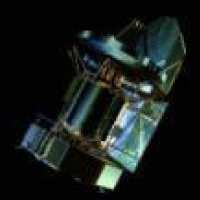 The Herschel satellite was launched on 14 May 2009. It is the largest telescope ever launched in space and takes images at wavelengths from 110 to 500 micron. Observations at these wavelengths are difficult or impossible from the ground, so rather little is known about galaxies in this wavelength range. Our interest is in mapping the light emitted by stars and black holes that has been reprocessed by dust, in order to make a census of the energy outputs of galaxies at these wavelengths, over the history of the Universe. Herschel will achieve these aims by making maps of particular fields within two surveys, ATLAS and HERMES.

ATLAS is a wider shallower survey that will cover 550 sq degs, and will provide the baseline measurements of the far-infrared properties of galaxies in the nearby Universe, and out to moderate redshifts z~1. The goal of HERMES is to go deeper to explore higher redshifts, as high as z=3, and to detect galaxies of lower luminosity.

We are using the UKIRT Infrared Deep Sky Survey (UKIDSS) to search for quasars of very high redshift z>6. Recent evidence from the Sloan Digital Sky Survey has revealed that z=6 marks the tail-end of the epoch of reionisation, the time when galaxies and quasars ionised the neutral gas in the surrounding inter-galactic medium. This time is viewed as a milestone in cosmic history. It probably started at a redshift as high as z=15, but redshifts greater than z=6.5 remain largely unexplored. We aim to find quasars beyond the redshift of the most distant quasar known, at z=6.4, to chart the progress of reionisation. The spectrum plotted, shows one of the quasars discovered in this programme, at z=6.04, where the emission line is Lya, from atomic hydrogen.