We are delighted to have welcomed the below members of staff to our academic team in 2018. Our talented new crop of academics will ensure that our department remains at the forefront of research and teaching. 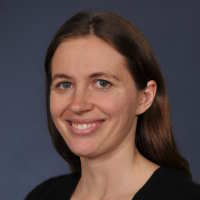 Dr Amanda Foust is a Lecturer and Royal Academy of Engineering Research Fellow whose training in Neuroscience, Electrical and Optical Engineering began at Washington State University (BS), then Yale Univerisity (MPhil, PhD), and continued farther east with an NSF International Postdoctoral Fellowship to study Wavefront Engineering in the laboratory of Valentina Emiliani at Paris Descartes. She leverages cross-disciplinary expertise and collaboration to engineer bridges between photonics and neurophysiology. 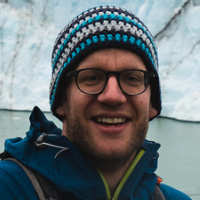 Dr David Labonte joined the Department as a lecturer in May 2018, coming from the University of Cambridge where he obtained a PhD in Walter Federle's Insect Biomechanics Workgroup at the Department of Zoology, followed by independent post-doctoral work as the Denman Baynes Senior Research fellow at the Department of Engineering.  David studies complex biological problems through a mechanical lens. He has worked extensively on the physics of the sticky feet of climbing animals, and the structure-function relationship of biological materials, with a particular eye on impact strength and toughness.

David has recently developed an interest in the biomechanics of plant-feeding in insects, as well as in the fracture mechanics of biological ceramics such as teeth and eggs. He is looking forward to exploring these research areas in the years to come, in collaboration with his new colleagues and the students at the Department. 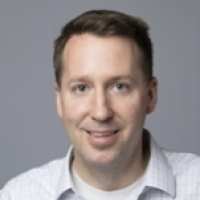 Dr Neal Bangerter received a Bachelor's degree in Physics from U.C. Berkeley and received Masters and PhD degrees in Electrical Engineering from Stanford

Neal has a mixed background from a professional perspective as prior to graduate school, he spent several years as a developer for metrology software company Wilcox Associates and then co-founded data visualisation software company Visualize in 1996.  His graduate work focused on the development of new, fast imaging techniques using Magnetic Resonance Imaging (MRI).  After graduate school, Neal held a variety of positions in the industry.  He worked at management consulting firm McKinsey & Company, software maker Microsoft, and served as Vice President of Product Management for advertising technology company Reactrix.
Neal returned to academia in 2006 as a researcher in Stanford's Radiological Sciences Laboratory, after which he took his first faculty position at Brigham Young University (BYU) in 2008.  While at BYU, he helped to design and build BYU's new MRI Research Centre and served as centre director for several years.

Neal's research focus has been predominantly on musculoskeletal applications of MRI, but he also has experience in a variety of other imaging areas such as cardiac, breast cancer, and neurological imaging.
Neal is excited to be joining the department at Imperial and looks forward to getting to know his new students and colleagues. He will be focusing on building the MRI physics and engineering capabilities at Imperial and will be working extensively at both the new high-field MRI facility at St. Thomas' Hospital and the existing MR research facilities at the Hammersmith campus. 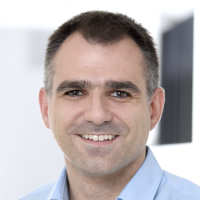 Dr Periklis Pantazis joins us as a Senior Lecturer from ETH Zurich. Periklis studied biochemistry at the Leibniz University Hanover, Hanover, Germany. He then completed graduate studies in biology and bioengineering at the Max Planck Institute of Molecular Cell Biology and Genetics in Dresden.

After a postdoc at the California Institute of Technology (Caltech) in Pasadena/CA, USA, he became Assistant Professor of Biosystems Analysis at the Department of Biosystems Science and Engineering at ETH Zurich in Basel, Switzerland.

Periklis is working on creating a mechanistic understanding of development and disease progression by conceiving and applying advanced bioimaging techniques.