We are delighted to have welcomed the below members of staff to our academic team in 2019 and 2020. Our talented new crop of academics will ensure that our department remains at the forefront of research and teaching.

Before joining the Department of Bioengineering as a Lecturer in 2020, Juan Álvaro Gallego was a Postdoctoral Fellow working in the Neural and Cognitive Engineering Group at CSIC. His research focused on understanding the neural control of movement in both intact subjects and in the presence of movement disorders, such as paralysis or Parkinson’s disease. He primarily worked with non-human primates and mice and had several collaborations that involve studies in humans.

From 2014 to 2017, Dr. Gallego was a Postdoctoral Fellow at Northwestern University, where he studied limb motor control and co-developed a fully wireless brain-machine interface to restore hand use after paralysis. He also worked extensively on novel theoretical and analytical methods to understand how neural populations control behaviour. In Autumn 2017, he was a Visiting Scientist at Janelia Research Center, where he began an ongoing collaboration to study global and local coordination across populations of > 10,000 simultaneously recorded neurons in mouse cortex.
Dr. Gallego moved to Northwestern funded by a Marie Curie Postdoctoral Fellowship, which he obtained soon after finishing his PhD work at the Bioengineering Group of CSIC in 2013. During his PhD, he developed a neuroprosthesis to suppress human tremor using muscle stimulation and studied the activity of populations of spinal motoneurons during tremor.

Parry Hashemi received her MSci degree in Chemistry from King's College, London. She performed her PhD with Martyn Boutelle in the Department of Bioengineering in Imperial College, London where she developed online biosensing technology to measure brain metabolites from human traumatic brain injury patients. After her PhD, she skipped over the pond to Chapel Hill where she worked with Mark Wightman. Here she learned fast scan cyclic voltammetry (FSCV) at carbon-fiber microelectrodes (CFMs) and developed the first method to measure serotonin in vivo using FSCV. Parry and her team tackle some of the world's most pertinent issues with analytical engineering and have a long list of accolades attesting to their success.

Parry's interdisciplinary and translational research program centres on engineering microelectrodes for in vivo analysis of neurotransmitters, with applications in point of care diagnostics for psychiatric diseases. Parry joined the Department of Bioengineering as a Senior Lecture in 2019. 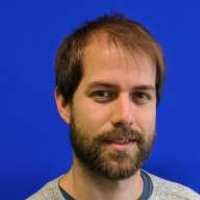 Rodrigo Ledesma-Amaro obtained his PhD at the University of Salamanca under the supervision of Prof. Jose Luis Revuelta, the head of the metabolic engineering group. Before that, Rodrigo coursed an MSc in Microbial Biotechnology at Universidad Autonoma de Madrid and two undergraduate degrees (Biotechnology and Chemical Engineering) at the University of Salamanca. During his PhD, Rodrigo was a visiting researcher at Prof. Jens Nielsen's group at Chalmers University of Technology (Sweden), at Prof. Jean-Marc Nicaud at INRA (France) and at Prof. Kamisaka's group at AIST (Japan).

After his PhD, Dr. Ledesma-Amaro he moved to France thanks to an Agreenskills Marie Curie Fellowship and he performed his postdoc in the group of Jean-Marc Nicaud. Most of his postdoctoral research work was done in the oleaginous yeast Yarrowia lipolytica. During those years, Rodrigo engineered this organism to 1) produce different compounds (lipids, lipid-derived chemicals, carotenoids, etc), 2) to be able to use low-cost carbon sources such as lignocellulosic materials or starch and 3) to facilitate the recovery of the products by engineering lipid secretion. During the postdoc, Rodrigo taught synthetic biology-related subjects at SUP biotech.

Rodrigo joined the Department of Bioengineering as a Research Fellow in 2017 before becoming a Lecturer in 2019.

Naomi received a PhD in Molecular, Cellular, and Developmental Biology from Yale University (USA), for molecular dissection of identity-dependent differentiation processes in the Arabidopsis flowers. Wanting to know more about the forms and construction of plant architecture bottom-up, she expanded into biomechanics and mechanobiology as a postdoctoral researcher at the University of Bern (Switzerland) and then Ecole Normale Superieure de Lyon (France). There she started to study mechanical feedback to developmental regulation. In 2013 Naomi started her Lab at the University of Edinburgh (UK), first as a Chancellor’s Fellow and then Royal Society University Research Fellow.

Dr Victoria Salem joined the Department of Bioengineering as Clinical Senior Lecturer in July 2020. Victoria holds a Diabetes UK Harry Keen Intermediate Clinician Scientist Fellowship at Imperial College London and is a Consultant in Diabetes, Endocrinology and Acute Medicine at Charing Cross Hospital. Her research interests are in appetite control, neuroendocrinology and the gut brain axis. Her lab has developed several cutting edge and novel imaging platforms with a view to unravelling the integrative physiology body weight and glucose regulation.

Victoria graduated from the Royal Free and University College London School of Medicine in 2002, with a first class intercalated BSc in Medical Physics. In 2006 she moved to Imperial as an Academic Clinical Fellow and in 2008 was awarded an MRC clinical research training fellowship under the mentorship of Professor Sir Steve Bloom and Professor Waljit Dhillo. During her PhD she studied the physiological effects of combination gut hormone administration on food reward processing (fMRI), glucose metabolism and energy expenditure in humans. As an NIHR Clinical Lecturer she developed novel imaging techniques to investigate brown adipose tissue physiology.

Victoria was Director of Development and Opportunities for the Department of Medicine and its Athena Lead between 2016 and 2020. Before that she was the Faculty of Medicine Athena SWAN Coordinator and is extremely committed to working towards a better working culture at Imperial. She has worked tirelessly to promote women in clinical academia and has been consulted on this nationally. For this work Imperial awarded her a Julia Higgins prize in 2018. She has three children, three guinea pigs and a cat. 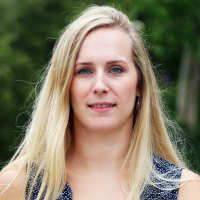 Dr Claire Stanley joined the Department as a Lecturer in 2020. Claire's research focuses on developing microfluidic or "Organ-on-a-Chip" technologies to probe the interplay between soil-dwelling organisms at the single-cell level.

Before joining Imperial, Claire graduated from Durham University with a first-class Honours degree (MChem). Here she received the Michael Weston Scholarship Award and successfully published a scientific paper in Chemical Communications (Chem. Commun., 2006, 3199-3201) detailing the research that she conducted on supramolecular organogels with Prof. Jonathan Steed. She then obtained an MRes in Protein and Membrane Chemical Biology (Distinction) and a PhD in Chemistry from Imperial College London. Whilst at Imperial, she was awarded the Sir Alan Fersht Prize for producing the best overall Masters thesis and a prestigious scholarship from the Society of the Chemical Industry.

Claire then joined the group of Prof. Andrew deMello in the Institute for Chemical and Bioengineering at ETH Zürich, Switzerland as a Postdoctoral Research Fellow. In 2016, she was awarded a prestigious Swiss National Science Foundation Ambizione career grant to start her own independent research team at Agroscope (Agroecology and Environment Research Division, Zürich Reckenholz) in the group of Prof. Marcel van der Heijden.

Julien Vermot joined the Department as Reader in 2019. Prior to this, he was trained as a developmental biologist and grew interests in biomechanics and live tissue imaging during his post-doctoral work. He now explores the cellular responses activated by mechanotransduction during the process of morphogenesis, especially in the cardiovascular system using zebrafish as a model organism. His experimental approaches are based on studies performed in live animals where imaging and quantitative analysis are critical. He mainly focuses on the flow forces generated by the beating heart and motile cilia in the embryo.

Vermot obtained his PhD in developmental biology from the University of Strasbourg in 2003, where he worked on the role of retinoic acid during embryonic development. He then worked as a visiting scientist the Stowers Institute for Biomedical Research in Kansas City, USA, followed by a post-doctoral position at the California Institute of Technology in Pasadena where he developed new tools to study the role of mechanical forces during development. 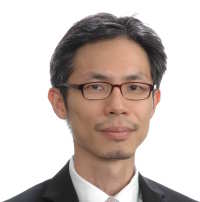 Dr. Choon Hwai Yap received his Ph.D. from the Georgia Institute of Technology in 2011, and completed postdoctoral training at the University of Pittsburgh School of Medicine in 2013. From 2013 to 2020, he was an Assistant Professor at the National University of Singapore Department of Biomedical Engineering. Dr Yap will join the Department of Bioengineering in July 2020.

His expertise is in cardiovascular biomechanics, and has novel contributions on embryonic and fetal heart biomechanics, where he employed novel imaging, image processing, and image-based biomechanics simulation techniques to elucidate prenatal cardiac mechanical environments, and try to understand how biomechanics can influence development and lead to malformation diseases. He also has contributions developing novel materials that can modulate thrombosis, such as slip-flow materials for reduction of shear-induced blood damage, and nanofibrous materials that have advanced haemostatic function.