At low temperature and high density, a fluid has properties which depend enormously on the quantum nature of the particles it's made of, whether they are bosons or fermions. Bosons tend to bunch together, and in extreme cases form a giant wave called a Bose-Einstein Condensate (BEC). This quantum state can be seen in wildly differing physical systems, from liquid helium to electron pairs in superconductors to laser-cooled atoms in vacuum chambers: for example, other experiments in CCM. In 2010, BEC was seen for the first time at room temperature for photons trapped in a dye between mirrors: Klaers et al, Nature, vol 468, p545. In May 2014 we observed our first photon BECs, becoming only the second lab in the world (to our knowledge) to do so. 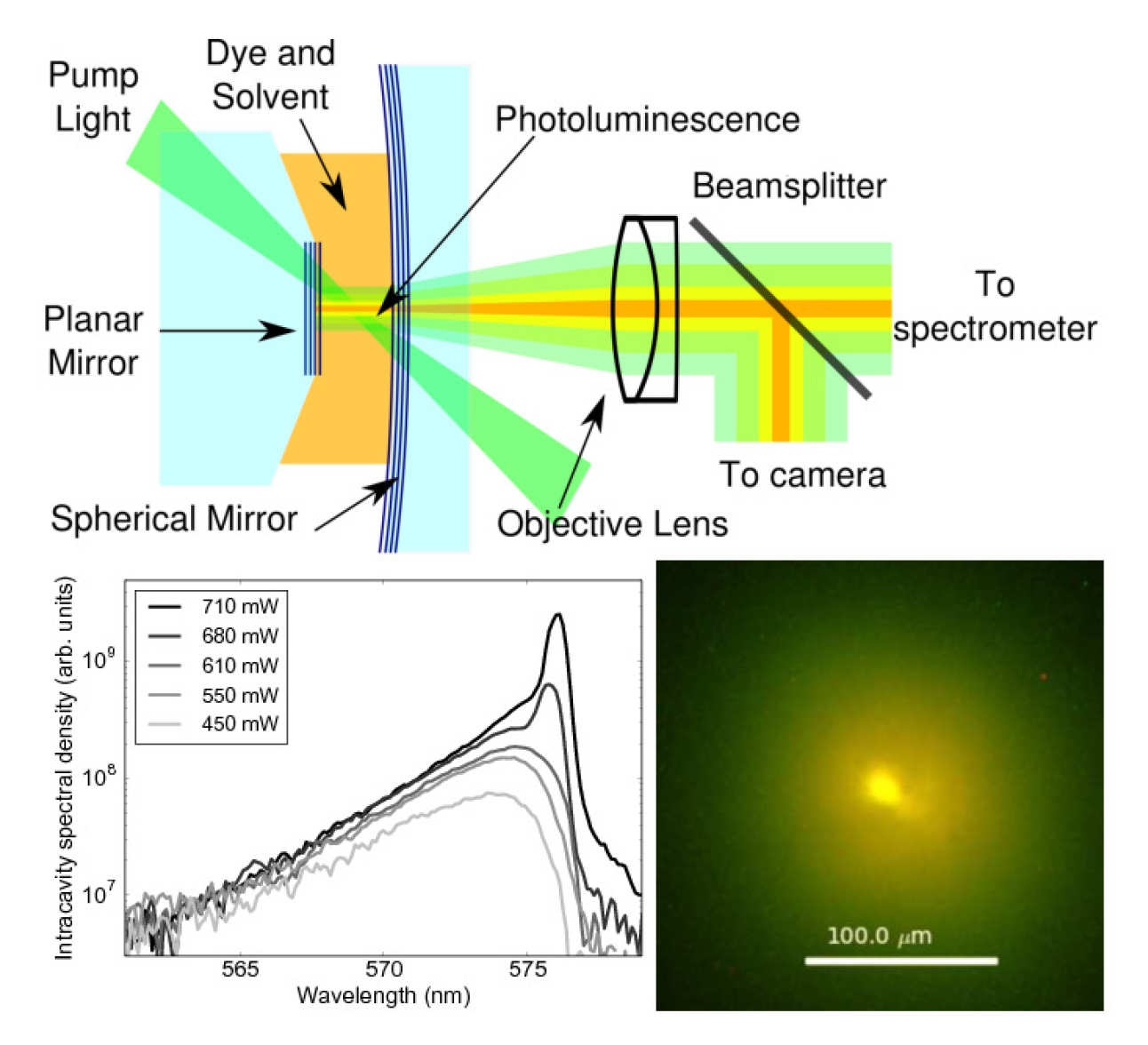 Light is made of photons, which are bosons. Photons can be absorbed by a fluorescent dye, and bounced between two mirrors just 2 millionths of a metre apart, for one billionth of a second. That's more than long enough for the photons to come into thermal equilibrium with the dye, at room temperature. If we shine a bright enough light onto the dye, the photon number density can be high enough to make a BEC.

The mirrors are curved to confine the light: the shape of the mirrors gives an effective potential energy. Part of this project will be developing custom-shaped mirrors to confine photons so that they can only move in one dimension. Another part will be looking at the coherence of the photon BEC (how it shows interference). The photons in the dye medium interact with each other, unlike light beams in free space. We will study those photon interactions. We will also look at how the photon BEC behaves away from thermal equilibrium. The end result of this project will be an understanding of how photon BECs form, what are their properties, and their interactions, as well as the ability to make them in arbitrary sizes and shapes.

Publications from the project