Details of the award

Instituted in 2014, the annual Sir William Wakeham award recognises early career researchers (no more than 5 years of postdoctoral research experience, excluding career breaks) who have made a significant contribution to their research field and have advanced their professional development. There is a £2000 prize associated with the award and the winner is also invited give a presentation at the annual postdoctoral symposium. 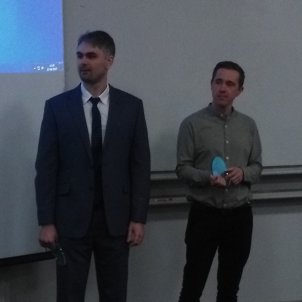