Many famous chemists were and are at the Department. Two Nobel prizes for chemistry were awarded to our staff, both of whom had done their BSc and PhD degrees here: 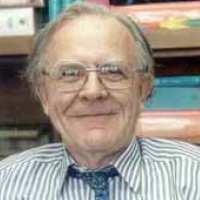 Other Nobel laureates who spent time here were Lord George Porter (1920-2002)  (prize in 1967 for very fast chemical reaction; he came to Imperial in 1990 and continued his vigorous research programme here); and Sir Cyril Hinshelwood (1897-1967; Nobel chemistry prize in 1956 for mechanisms of chemical reactions), at Imperial from 1964-1967. Other Imperial chemists later to become Nobel laureates include Sir Norman Haworth (1883-1990; chemistry prize in 1937 for carbohydrate chemistry) and Sir Frederick Gowland Hopkins (1861-1947, medicine prize in 1929 for growth-stimulating vitamins).

There has also been a long connection between the Royal Society of Chemistry (the RSC, founded as the Chemical Society four years before the RCC) and our Department. In the Society’s 174 years of existence professors who were at some point on the RCC or Imperial Chemistry staff were Presidents for 78 of those years (Barton, Porter and Wilkinson were amongst these; David Phillips recently stepped down from the Presidency and the present incumbent, Dominic Tildesley, was a professor here).

Four RSC landmark plaques have been awarded to the Department: one at 299 Oxford Street, marking the site of the RCC, and three blue plaques to Derek Barton, Geoffrey Wilkinson and Lord Porter, at the left of the main entrance to Chemistry. There is also an English Heritage blue plaque at Hofmann’s house at 9 Fitzroy Square, W1.