These prizes are awarded to the three UG students (MSci or 4/5 year BSc) who are judged to have performed best overall in these branches of practical chemistry during the 3rd year laboratory courses.

This prize is sponsored by Gaussian, Inc. and is awarded to the UG student (MSci or 4/5 year BSc) who is judged to have performed best overall in the 3rd year computational chemistry laboratory course.

This prize is named after Imperial College Chemistry alumnus ‘Frank’ Boys FRS (b. 1911, d. 1972). Boys studied at Imperial for a BSc in Chemistry (1929-1932) and afterwards as a Beit Scientific Research Fellow advised by H Brereton Baker, before moving to the University of Cambridge to complete a PhD (1935-1938) on the quantum theory of optical rotation, supervised by the physical chemist Prof. Thomas M. Lowry, later working with Prof. John E. Lennard-Jones.

After lecturing in mathematical physics at Queen's University Belfast, he returned to London during the second world war and later to Imperial College as an ICI research fellow (1945-1948), leaving again for Cambridge in 1949 where he remained until the end of his career. Boys was a pioneer in Computational Chemistry: arguably the first person to begin coaxing the embryonic computers of his day into creating an accurate picture of the nature of the chemical bond. He calculated wavefunctions that were accurate enough to predict molecular quantities reliably, particularly for radicals, ions and other unstable reactive molecular species, inspired by his war work.

He also introduced Gaussian-type functions into electronic structure theory, widely adopted since as atomic orbital basis sets through the Gaussian program first released by John Pople's group in 1970. This prize is sponsored by Gaussian, Inc. See:

This prize is awarded to the UG student (MSci or 4/5 year BSc) who has performed best in the IIIA organic exams.
Additionally, there are prizes for the best third year literature report posters (MSci).

This prize is named after Imperial College Chemistry Professor Sir Derek R.H. Barton, FRS who was a Nobel prize winning organic chemist. He was an undergraduate at Imperial College from 1938-1940 and obtained his Ph.D. degree in Organic Chemistry in 1942. Following government and industrial research placements he returned to Imperial College as an assistant lecturer then ICI research Fellow in the Department of Chemistry (1946-1949). He then spent time at Harvard University before being appointed as a Reader then Professor in Organic Chemistry at Birkbeck College. In 1955 he took up the position of Regius Professor of Chemistry at the University of Glasgow and in 1957 he was appointed Professor of Organic Chemistry at Imperial College. Professor Barton made seminal contributions to the field of conformational analysis and in 1969 he shared the Nobel Prize in Chemistry with Professor Odd Hassel for ‘contributions to the development of the concept of conformation and its application in chemistry’. He was knighted in 1972 and in 1978 he became Director of the Institut de Chimie des Substances Naturelles (ICSN - Gif Sur-Yvette) in France before becoming Distinguished Professor at Texas A&M University in 1986. He held this position until his death in 1998. In addition to his work on conformational analysis, Sir Derek Barton invented numerous reactions in organic chemistry such as the Barton reaction, the Barton decarboxylation, and the Barton-McCombie deoxygenation. One of the research labs in the RCS building here at Imperial College in which he worked is named after him. See:

This prize is awarded to a 2nd year UG student who has shown academic excellence, this could be in the year overall or in the written exams or labs. It will allow the student to undertake a summer UROP placement at the end of their 2nd year or 3rd year. 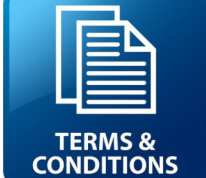