Dr David Inwald (Course Director)
Consultant in Paediatric Intensive Care at St Mary’s Hospital, London and Honorary Senior Lecturer in Paediatrics at Imperial College London with an interest in Medical Law and Ethics. He has MA in Medical Law and Ethics from King’s College London. He has taught on the King’s MA course and on the Imperial Applied Clinical Ethics course, and teaches undergraduate Imperial medical students.

Dr Joe Brierley (Course Director)
Dr Brierley is a Consultant in Paediatric Intensive Care at Great Ormond Street Hospital for Children and Honorary Senior Lecturer at University College London with a special interest in medical ethics and law. Joe has an MPhil in Medical Law and Ethics from Keele University. He is chair of the Royal College of Paediatrics and Child Health Ethics & Law Advisory Committee and the co-chair of Great Ormond Street Hospital Clinical Ethics Committee.

Laura Giachardi
Laura Giachardi is a Barrister at 1 Gray’s Inn Square, London. Laura is an expert in Medical Law and currently teaches the Clinical Negligence LLM module at King’s College London. She has also taught Medical Law and Tort Law at King’s at undergraduate level, and Land Law and Trusts at LSE. Laura regularly appears in the magistrates and crown court.

Dr Katherine Wade
Dr Katherine Wade joined The Dickson Poon School of Law as a Post-Doctoral Research Associate at the Centre for Medical Law & Ethics in 2015. Her research background is in the area of medical law, bioethics, human rights and children’s rights. She holds a BCL from the National University of Ireland, Galway and an LLM from University College Cork. In 2015, she graduated with a PhD in law from University College Cork. Katherine has been a visiting scholar at a number of institutions in Europe and the US including the Brocher Foundation, Geneva, St Louis Law School, Missouri and Emory Law School, Atlanta. In March 2014, she was a Yale-Hastings Visiting Researcher.

Dr Nelly Ninis
Dr Ninis is a consultant in General Paediatrics at St Mary’s Hospital, Paddington. She conducted the RCPCH study on healthcare delivery and the outcome of meningococcal disease in children. From this study she has developed an interest in the way sepsis is diagnosed both in primary and secondary care. She is currently the Designated Paediatrician for Unexpected Child Deaths for the City of Westminster, the London Borough of Hammersmith and Fulham and the Royal Borough of Kensington and Chelsea. She is an experienced expert witness in cases of unexpected death in children.

Professor Fiona Wilcox
Professor Wilcox has been the Westminster Coroner since 2011 covering the boroughs of Wandsworth and Merton, the Royal Borough of Kensington & Chelsea and the City of Westminster. She is dual qualified as both a doctor and barrister. She was an inner city General Practitioner for twenty-one years and practiced as a barrister in criminal law, professional negligence and personal injury. She has broad experience as a Coroner, having previously held four Assistant Deputy Coroner positions in East London, Southwark, North London and Kent. 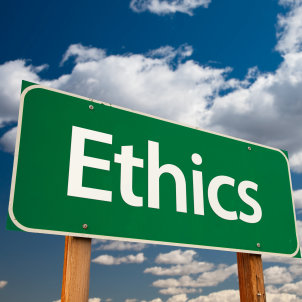 Law and ethics in paediatrics