This online summer school is designed for undergraduate students studying IT, computing or any engineering degrees at a well-recognised university in China, with an interest in data science. Students will be introduced to the concept, develop an understanding of data science, hear from industry expert on data science applications and work in teams towards a technical project.

Students will be working in project teams to prepare data and create a technical demonstration,  engaging with Imperial supervisors throughout the programme.  Previous projects include developing a model for brain tumour detection.  Students will learn to prepare, transform and clean the dataset, as well as visualise the big data and their findings on the dataset.

In addition, students will have an opportunity to take part in virtual social activities, meet and discuss with Imperial ambassadors online, sharing their experiences on what it is like to study in a world class university and to discuss opportunities for future study.

Project work will be done through team-based learning with supervision. Final project will be presented in groups to a panel of experts on the final day of the programme. A prize will be awarded to the team with the best project.

The summer school is directed by Prof. Yike Guo and taught by a multi-disciplinary teaching faculty from the Data Science Institute and other departments. 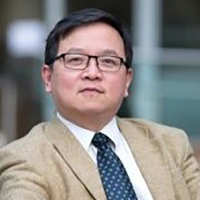 Students will receive an Imperial College London digital certificate on successful completion of the summer school and a prize will be awarded to the best project team. Each student will also receive a transcript for their project mark.