Our work currently focuses on two main topics and uses a range of organisms from zebrafish to humans to study at the molecular, cellular and whole individual level not only the basis for disease but also potential approaches to therapy.

Zebrafish are now established as a versatile model organism for the investigation of inflammatory immune responses. The immune system of zebrafish closely resembles that of mammals but with the advantage that the innate immune system is fully competent at early embryological stages before the emergence of lymphocytes, allowing the various roles of different components of the innate and adaptive immune system in inflammation, infection and disease to be explored. The optical translucency of zebrafish embryos together with the availability of transgenic lines that express fluorescent proteins under lineage specific promoters allow in vivo imaging of inflammation and the immune system. In a model of inflammation in the zebrafish tail the recruitment of myeloid cells to the injury site after tail fin transection can be monitored in vivo.

The effect of inflammation on the fate of hematopoietic stem cells.

Hematopoietic stem cells (HSCs) are rare, multi-potent, and self-renewing cells that divide and differentiate into blood cells and cells of the immune system. There is mounting evidence that under stress (inflammation, infection) HSCs and multi-potent progenitors cells respond directly and immediately to inflammatory signals. Our aim is to further understand this dynamic process using zebrafish as a model organism. Understanding the physiology of this key cell type under normal or stressed conditions has huge potential to improve cell therapy in patients with hematopoietic illness or autoimmune disorders.

We have found that a high cholesterol diet induces inflammasome activation in intestinal epithelial cells (1).  Longer-term ingestion of such diet also affects gut motility in our zebrafish model (video). More recent work shows that antibiotics can modulate this response and we are currently exploring the interplay between gut microbiota composition and its effect on the response to inflammatory dietary agents. These findings might shed light into the mechanisms that have led to the increased incidence of inflammatory disease of the gut (inflammatory bowel disease) in our western world.

Zebrafish gills fulfill the same gas-exchange function as the mammalian airways, have a similar structure but in contrast they have much better repair abilities following injury. A major advantage is that gill tissue is directly exposed to ambient water, which makes it easily targetable with any waterborne substance and therefore without using invasive procedures (NC3Rs). We are making use of these characteristics to analyse responses to tissue irritants (such as cigarette smoke) that exert devastating damages in the human lung.

Notch signaling was first discovered in Drosophila for its role in cell fate decisions and the development of multiple tissues. It is also acknowledged to play an important role in immune cells (Notch signalling in immunity) and hematopoiesis, nevertheless, its role in myelopoiesis i.e. macrophage and neutrophil differentiation remains controversial. We made use of two zebrafish mutants Beamter and Deadly Seven to elucidate further the role of Notch in hematopoiesis. We found a decreased number of myeloid cells in embryos and adult zebrafish that carry a defect in Notch1a or DeltaC indicating that Notch signaling acts positively on myeloid differentiation (2).

Working in collaboration with Paul French’s group (Photonics group) we demonstrated for the first time the application of fluorescence lifetime optical projection tomography (FLIM-OPT) to in vivo imaging of lysC:GFP transgenic zebrafish embryos allowing full body 3-D in vivo imaging of zebrafish embryo animal model for biological research. This method enables distinction between the fluorescent protein (GFP) signal in myeloid cells from background autofluorescence based on the fluorescence lifetime (3).

The Notch pathway is known to control cell fate decisions in many tissues during development and continues to influence fate in hematopoietic and immune systems of adult organisms. For example we found that Notch signaling influences the differentiation of myeloid cells (macrophages and neutrophils) during hematopiesis using Notch mutant zebrafish (1). Other studies indicate that Notch signalling modulated T cell activation to favour Th2 cytokine production (2).

To date there have been only a handful of studies looking at whether Notch signalling can alter the maturation and functional response of Antigen Presenting Cells (APCs). Our lab has demonstrated that triggering Notch signalling can act to mature dendritic cells (DCs) (3) and macrophages. DC are an important cell type of the innate and adaptive immune system compartment. They express numerous receptors which act as sensors allowing them to be highly responsive to their environment. DCs express both Notch and Notch ligands allowing for the possibility that Notch signalling may influence their maturation.

In our lab we have found that Jagged (Jgd) ligands were able to activate the canonical Notch pathway in DC and induce expression of classical Notch target genes like Hes1 (2). Maturation of DC mediated by Jgd1 results in an entirely different maturation programme from that induced through Toll like receptor (via lipopolysaccharides) signalling, promoting the production of high levels of interleukin (IL)-2 and IL-10. DC matured by Jgd1 (Jgd1-conditioned DC) promote the survival and proliferation of CD4+CD25+ regulatory T cells (Treg), a critical cell subset that keeps the immune system under control and prevents excessive activation which otherwise leads to autoimmunity. Further, CD25+ cells cultured with Jgd1-conditioned DC produce very high levels of IL-17 in an IL-2 dependent fashion. Our data suggest a new and important role for the Notch pathway in the regulation of DC phenotype and a role for IL-2 in sustaining IL-17 production by CD25+ cells.

We are currently exploring the role of a concurrant activation of DC via TLR and Notch signalling. This project is part of the Centre for Integrative Systems Biology and Bioinformatics at Imperial College (CISBIO). We are using microarray timecourse analysis to study the transcriptional response of DC and particularly the integration of signalling pathways in DC. 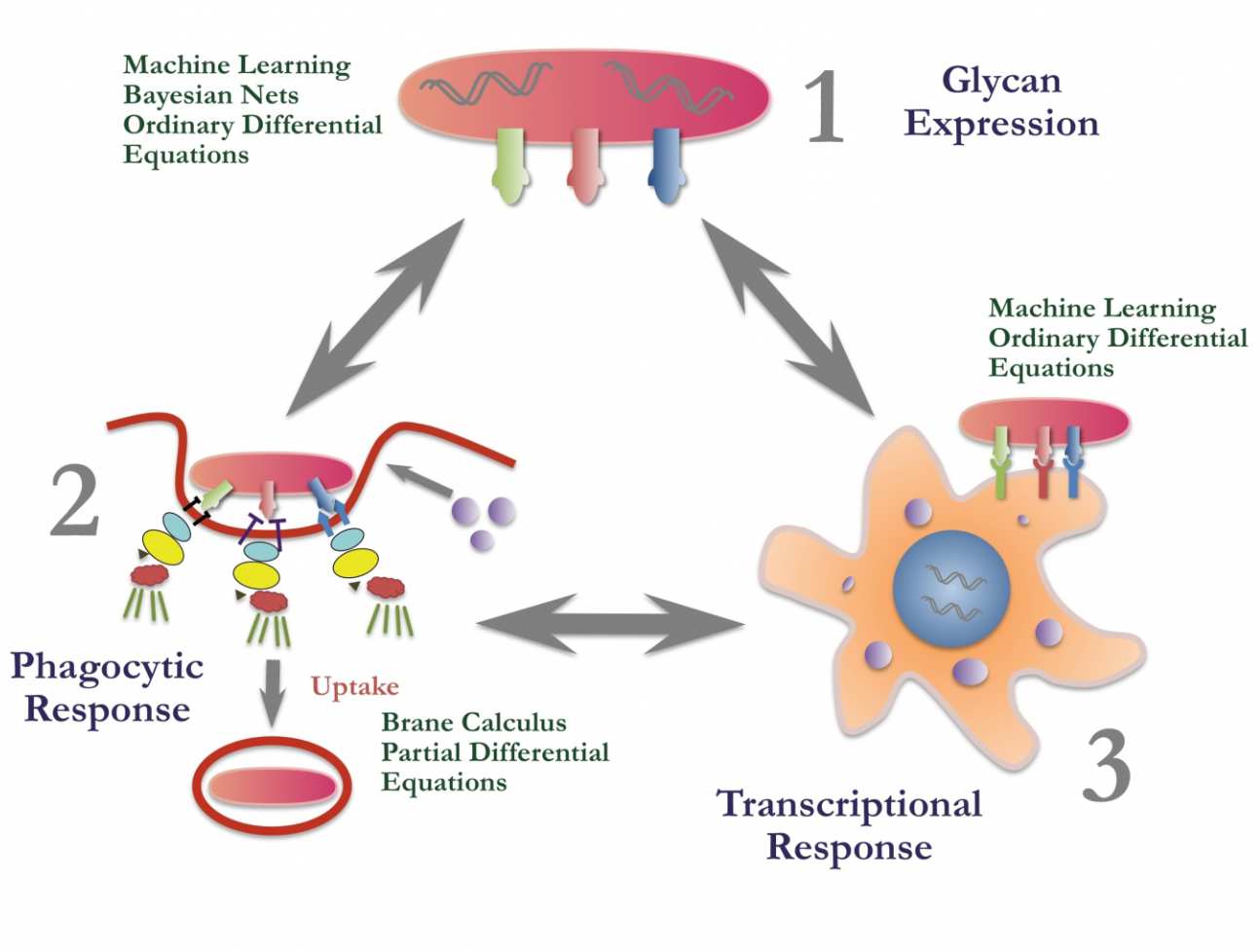 We are also investigating host-pathogen interaction to determine factors influencing pathogenicity of Campylobacter jejuni. C. jejuni is the major cause of gastroenteritis worldwide and while the disease is generally self-limiting it can also cause Guillain-Barré syndrome and reactive arthritis. The immune response is poorly understood and we are working to understand the molecular patterns of C. jejuni involved in the immune response. We have found that the C. jejuni capsule is important to prevent excessive cytokine production in DC and mutants with absent or modified capsule will elicit a higher cytokine response compared to WT C. jejuni (4).