A conversation with Dr Nathan Skene by Charlotte Luff 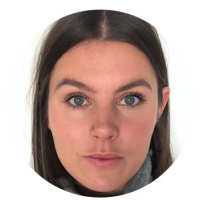 Charlotte Luff is a MRC-funded PhD student in the UK DRI at Imperial. Following completion of an MRes in Experimental Neuroscience at Imperial, Charlotte started a PhD in the Grossman Lab focused on exploring the mechanism of action of a novel non-invasive deep brain stimulation method, and what the neuronal response to this can reveal about brain activity. This week Charlotte interviewed Dr. Nathan Skene, a lecturer in the Division of Brain Sciences and UK DRI Research Fellow about his research.

A conversation with Dr Nathan Skene 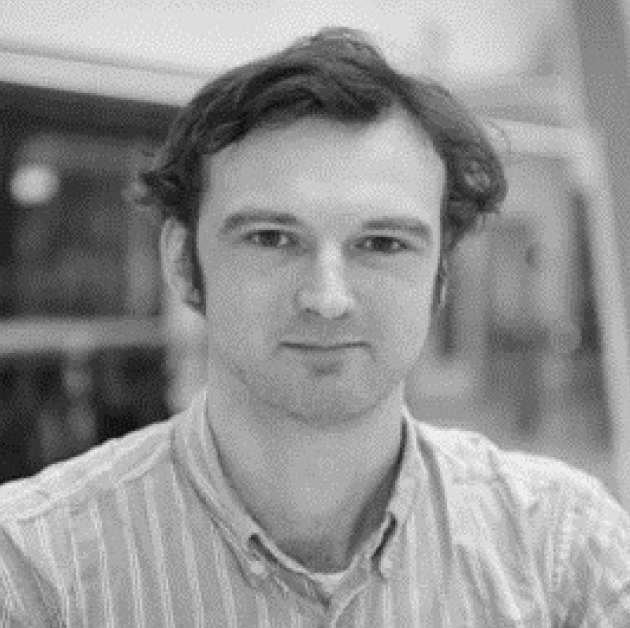 Nathan is a Lecturer in the Department of Brain Sciences and a UK DRI Research Fellow. Nathan’s work focuses on deciphering the human genetics underlying neurobiology- including that of cognitive traits, brain function, and neurodegenerative disease.

Charlotte: What led you to work at the Imperial DRI, for example what is your academic background or what are your broad interests in science?

Nathan: I did my undergrad in Artificial Intelligence (AI) and Cybernetics, because I wanted to work on computational neuroscience: the mathematical principles underlying how a brain works. However, as I studied more, I realised that we don’t really know anywhere near enough about the basic biology of the brain. AI was, and still is, reductionist to the point that it basically ignores neuroscience, in part due to a lack of data. That led me to shift towards computational neurobiology and do my PhD At the Wellcome Trust Sanger Institute. Seth Grant was running a large programme there, knocking out genes from the synapse and phenotyping the effects in mice. Computational models represent synapses as simple functions with uniform designs across whole neural networks; Seth’s work was showing that synapses are much more complex, that a diversity of synapses types exists and that each one is a complex molecular machine. During my PhD I realised that atlases of single cell RNA-sequencing data could be used to identify cellular phenotypes within the brains of the mutant mice; the atlases provided a kind of Rosetta stone from translating other datasets. This led to me moving to the Karolinska Institutet in Sweden, where the single cell datasets were being generated.

Charlotte: So, back to basics- how do you look at gene expression in an organism such as a mouse or a human?

Nathan: Gene expression varies between tissues and cells. Different parts of the genome get used to drive the function of a particular cell by transcribing the DNA into RNA. The RNA is then floating around in the cell at varying amounts depending on the extent to which it is being used by the cell. If we can measure the amount of RNA found in the cell, then that informs us what processes are important in the cell at that point. We then convert the RNA into DNA; once it is DNA, we can use high throughput sequencing, like that which was used to map the human genome, to read in the results.

Charlotte: So do you generally pick a region or do you do the whole brain?

Nathan: At the Karolinska institute, where I worked until recently, there was a project to map the entire nervous system of a mouse. So that includes the brain, (the central nervous system), the spine (the peripheral nervous system) and the enteric nervous system- the one found in the stomach. A year or so back that effort was finished and over 230 cell types had been identified. My work has not focused so much on generating these cell types atlases though, rather on how to use the atlases to better understand brain disorders.

Charlotte: Could you explain your most recent paper and how it is related to Parkinson’s Disease (PD)?

Nathan: My recent work---and this paper---have been focused on identifying the cell types that cause brain diseases. I take an unbiased computational approach to this problem, which involves finding the cell types which express genes genetically associated with diseases. In this paper we looked into the cell types underlying Alzheimer’s disease (AD) and schizophrenia, as well as various cognitive and personality traits, but the one that really surprised us was PD. There were two main things that we found with PD. Firstly, all of the neurons that tend to degenerate in PD, were associated with the common genetic variants which cause the disease. These neurons all expressed a common set of genes, suggesting that the reason they degenerate is cell autonomous- there is something intrinsic to the cells that causes them to die.

Charlotte: So they are more vulnerable than other cells?

Nathan: Yes, but not just that: they have a genetically determined internal vulnerability. Previous theories have hypothesised that there might be axonal connections between degenerating cells which transmit prions, our findings suggest such a mechanism may not be necessary. The second finding that really surprised us was that we found a strong genetic association with oligodendrocytes in Parkinson’s disease.

Charlotte: These are a subtype of glia, the supporting cells within the brain?

Nathan: Right, Oligodendrocytes are known primarily for myelinating axons. No link had ever previously been made betweeen these cells and Parkinson’s. Yet when we followed up in post-mortem brains we could see that in the substantia nigra (a brain region implicated in PD), even before the neuronal degeneration occurs, there are changes in the activity of the oligodendrocytes. This suggests that these cells might not just play a causal role, but that the causal role might precede the neuronal role. One possibility is that they might be the trigger that causes the later stages of disease.

Charlotte: It’s interesting how people are now paying more attention to the supporting cells within the brain with regards to these neurodegenerative diseases.

Nathan: Five years back, I ran an analysis which was the first to ever show that, on a statistical level, AD was a microglia disease. At the time it seemed incredible that the majority of genes causing AD were in microglia: it was still seen as primarily a neuronal disorder. Yet from a genetic perspective at least, the result was quite definitive. Academia does seem to have taken this new perspective onboard fairly rapidly.

Charlotte: What are some examples of technological innovations that have aided in the advancement of your field in recent years?

Nathan: There has been the revolution of single cell technology. The number of cells we can study has grown exponentially. In 2015 having 3000 cells was a huge study. Now in 2019 papers are coming out with millions of cells. Coincident with this has been a similar increase in knowledge about human genetics: the number of samples included in studies have grown, as have the number of traits we have data on, and the tools for analysing the data.

Charlotte: Do private personal genomics companies such as 23andMe contribute to these?

Nathan: 23andMe has been a large contributor, and along with the UK biobank they have greatly improved the power of genetic studies. The UK Biobank sequenced the genomes of 500,000 people who had been extensively phenotyped, which meant well powered genetic data became available overnight for all the traits they had measured. The UK Biobank still lacks sufficient data on many diseases though. 23andMe have made substantial contribution’s to research on several diseases, including my recent Parkinson’s work and another insomnia study: they contributed genetic data from over a million people to these papers.

Charlotte: In science, both fundamental and translational research are essential, but it can sometimes be harder for the public to see how the work you do for example, will lead to treatments for Dementia that will one day benefit them. You spoke about certain cell types being more vulnerable to degeneration in PD as one of your findings; how do you envision findings such as these contributing to the fight against dementia?

Nathan: If we cannot narrow down what a disease is, we can’t properly research drugs for them. There are multitudes of hypotheses for how any given disease is caused. For Schizophrenia, almost every cell type in the body, from the uterus to the immune system, has a paper claiming it is linked to the disease. Many such links are made on the basis of animal models, while others are often little more than speculation. Human genetics is going to really shake things up here. The thing with genetics is that it is causal: if genetics pinpoints a cell type as being involved in the disease, you can be confident that it is central to the disease aetiology. If genetics hadn’t pinpointed microglia as being central to Alzheimer’s mechanisms then people wouldn’t be targetting them now.

Charlotte: Are you worried that the advances in technology and resources to do studies that allow people to see their susceptibility to diseases such as dementia, are going to come faster than the cures themselves? For example we might have a better idea that someone is going to get AD, but not be able to do anything about it.

Nathan: I can see that there is a risk there, but at the moment genetic data is not hugely predictive on the individual level. To my mind, most the utility of genetics actually comes from the population level, where it can teach us the mechanisms of a disease . The benefit of this open data sharing definitely outweighs any risk to my mind. Some personal genetics websites are perhaps irresponsible and report increased disease risks associated with mere handfuls of small genetic variations, but this does help build a level of public interest and understanding of genetics. The UK is at the forefront of figuring out how to deal with genetics in a clinical setting, so we are in a good place to be.

Charlotte: What drives your passion for research?

Nathan: Primarily it’s a sense of wonderment at how the brain works, and how a self-aware organ capable of complex thought managed to evolve. Attempting to understand this draws on so many different fields, that there is always some fascinating new insight or old book that keeps me excited. I’m particularly interested in looking at neuroscience through the perspective of variation: how brains differ between species and across individuals. One of the forms of variation that clearly exists in humans is susceptibility to brain disease- some people get them and others don’t. In many cases, genetics plays a major role in determining this. As we unravel the mechanisms underlying brain disorders, we will gain a better understanding of the evolutionary history that lead to these variations existing in the population. As we gain a better understanding of how our brain was built, we’ll gain more insight into how to reverse engineer it. Each new piece of the jigsaw helps solve a multitude of puzzles.

Charlotte: That’s a great driver. Are you optimistic about the future of Dementia Research?

Nathan: Oh yes, I think the advances in genetics have totally changed the game. The latest Genome Wide Association Studies (GWAS) have dramatically improved our ability to make causal inferences about the mechanisms of the dementias, and I’m hoping to see even bigger studies in the next few years. A GWAS measures millions of variants across the genomes of thousands (or millions) of people, to detect changes in their frequency between cases with diseases and the healthy population. Huge numbers of genetic variants are now known to play a role in causing complex traits, like height, BMI or AD. Once we have this information, we can figure out what the mechanisms underlying these diseases are and it will then be quick work to come to a cure. With a disease like dementia, where you only see the brain maybe thirty years after the disease has started, it has been very hard to determine what the basic diseases mechanisms are at the earliest stages. Genetics has given us the insight we needed. In ten years, our understanding of disease mechanisms will be totally transformed.