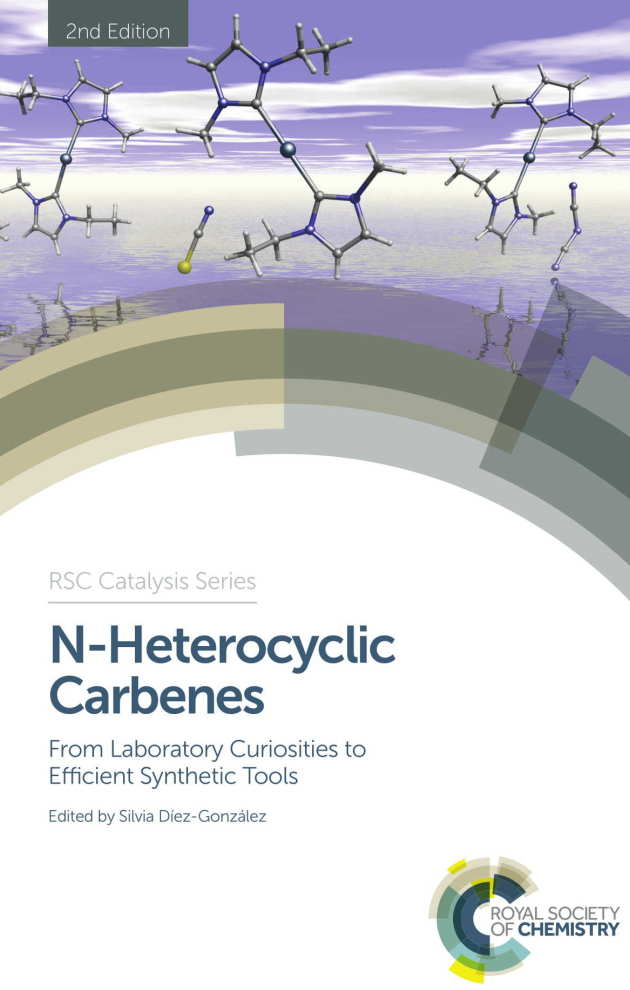 In less than 20 years N-heterocyclic carbenes (NHCs) have become well-established ancillary ligands for the preparation of transition metal-based catalysts. This is mainly due to the fact that NHCs tend to bind strongly to metal centres, avoiding the need of excess ligand in catalytic reactions. Also, NHC‒metal complexes are often insensitive to air and moisture, and have proven remarkably resistant to oxidation. This book showcases the wide variety of applications of NHCs in different chemistry fields beyond being simple phosphine mimics. This second edition has been updated throughout, and now includes a new chapter on NHC‒main group element complexes. It covers the synthesis of NHC ligands and their corresponding metal complexes, as well as their bonding and stereoelectronic properties and applications in catalysis. This is complemented by related topics such as organocatalysis and biologically active complexes. Written for organic and inorganic chemists, this book is ideal for postgraduates, researchers and industrialists.

For the first edition of this volume, see: RSC Catalysis Series, 2010

53. Cycloaddition reactions of azides and electron-deficient alkenes in deep eutectic solvents: Pyrazolines, aziridines and other surprises 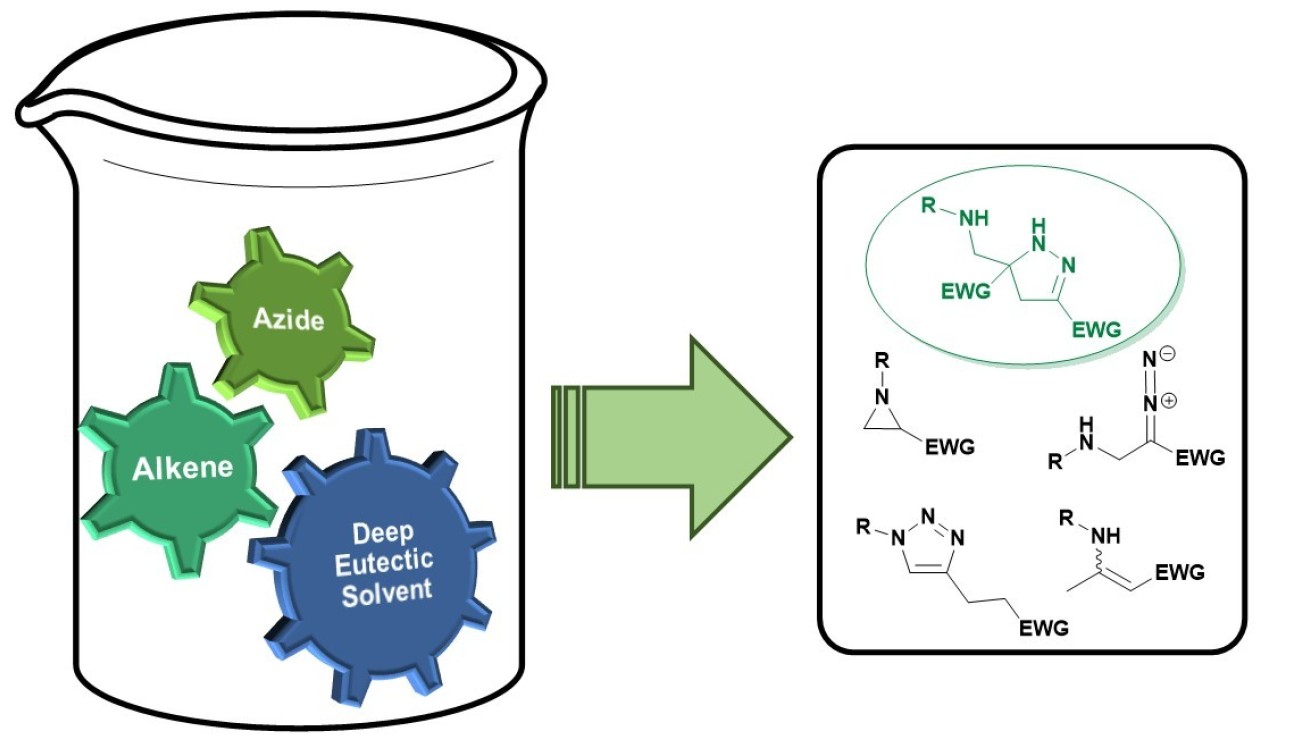 The reaction of organic azides and electron‐deficient alkenes was investigated in a deep eutectic solvents. A series of highly substituted 2‐pyrazolines was successfully isolated and their formation rationalised by DFT calculations. The critical effect of substitution was also explored; even relatively small changes in the cycloaddition partners led to completely different reaction outcomes and triazolines, triazoles or enaminones can be formed as major products depending on the alkene employed.

Three homoleptic copper(I) complexes have been prepared and applied to the reduction of organic azides. Under optimised conditions, complex [Cu(HPDIDMA)2]BF4 3 (HPDIDMA = 2,6-bis[N-(4-dimethylaminophenyl)carbaldimino]pyridine) could reduce a range of electron-poor azides in a mixture of DMSO and water without the need of an additional H-source. 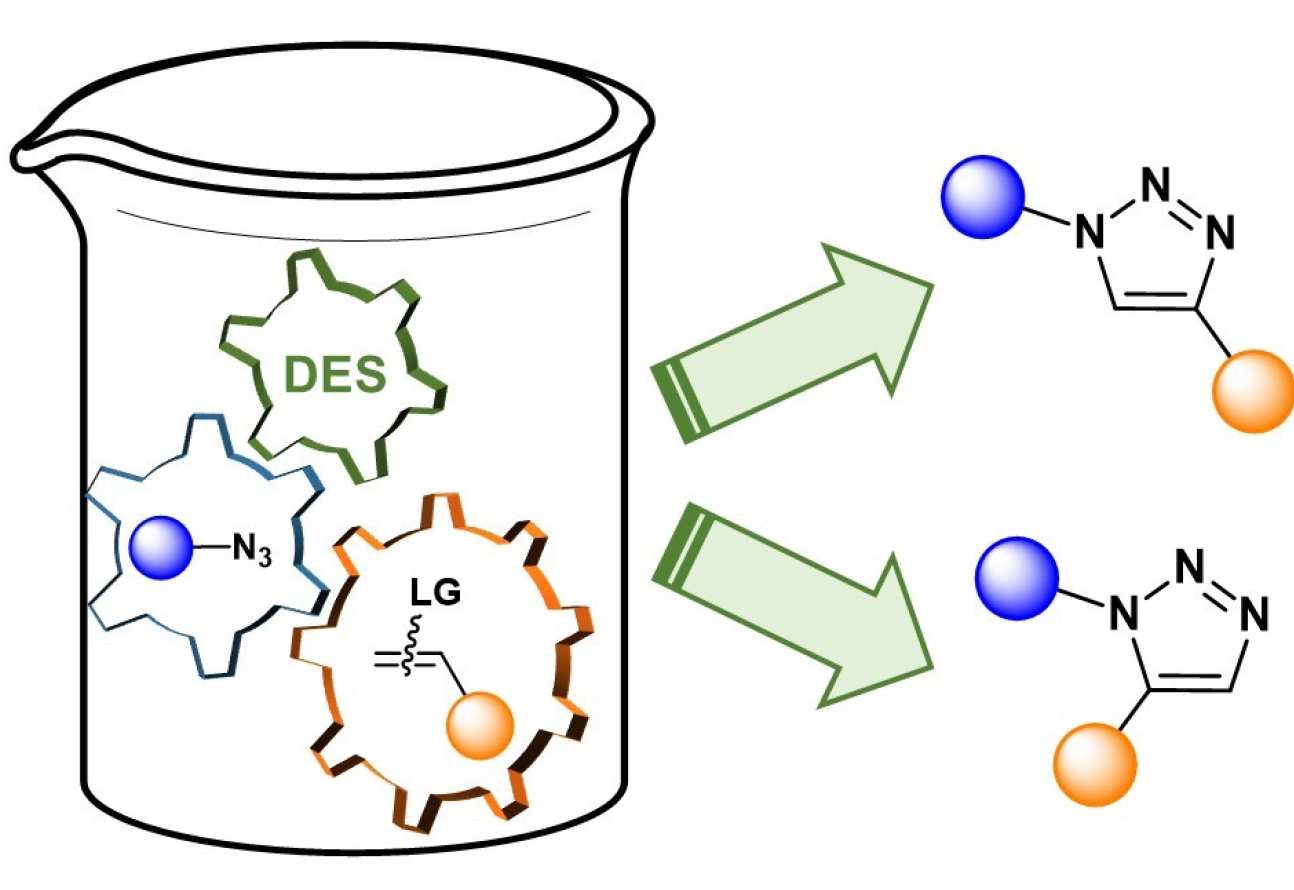 The metal-free regioselective preparation of 1,5- and 1,4-disubstituted triazoles is reported through a cycloaddition-elimination sequence. Reactions were carried out in environmentally friendly DES and pure products were isolated without the need of chromatographic techniques 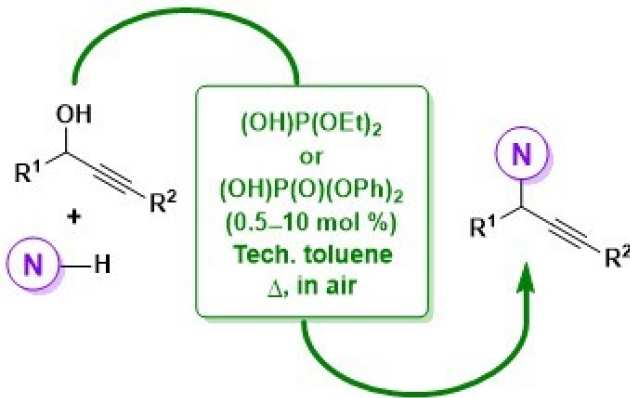 The activity of diethyl phosphite and diphenyl phosphate in propargylation reactions with N-nucleophiles of varying basicity is presented. A careful choice of the reaction conditions minimized undesired rearrangements and arylation processes, typical side reactions with Brønsted acid catalysis. These systems are compatible with technical solvents and presence of air, and they are also applicable to C-, O-, and S-nucleophiles. 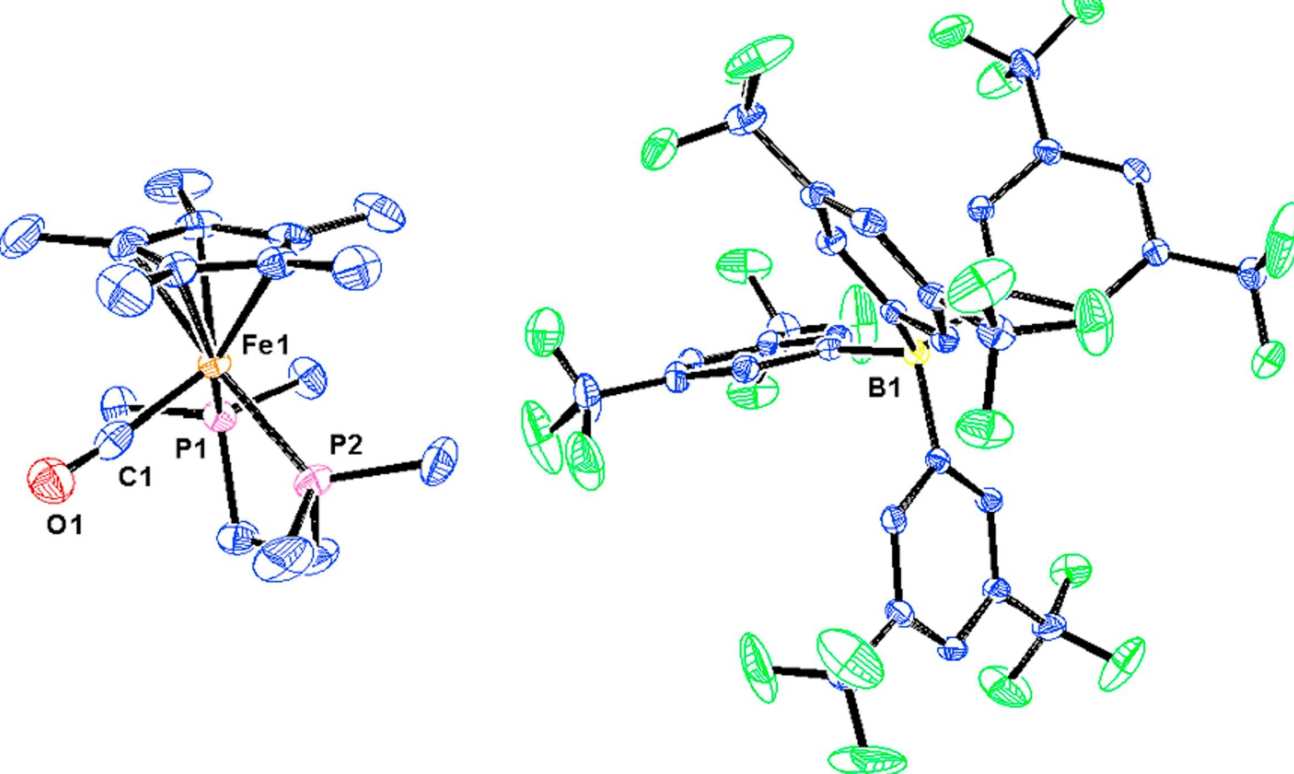 [Cp*Fe(Me2PCH2CH2PMe2)(CO)]+ [BArF24]− has been synthesised and characterised using single crystal X-ray diffraction, NMR and IR spectroscopies. Reduction of the CO ligand using Na[Et3BH] produces the corresponding neutral formyl complex Cp*Fe(Me2PCH2CH2PMe2)(CHO), that is very thermally stable, and which is attributed to the electron-releasing properties of the spectator ligands. This compound is a potent hydride donor which exists in equilibrium with [Et3BH]−, Et3B, and the structural isomer (η4-C5Me5H)Cp*Fe(Me2PCH2CH2PMe2)(CO), resulting from reversible hydride migration to the Cp* ligand. 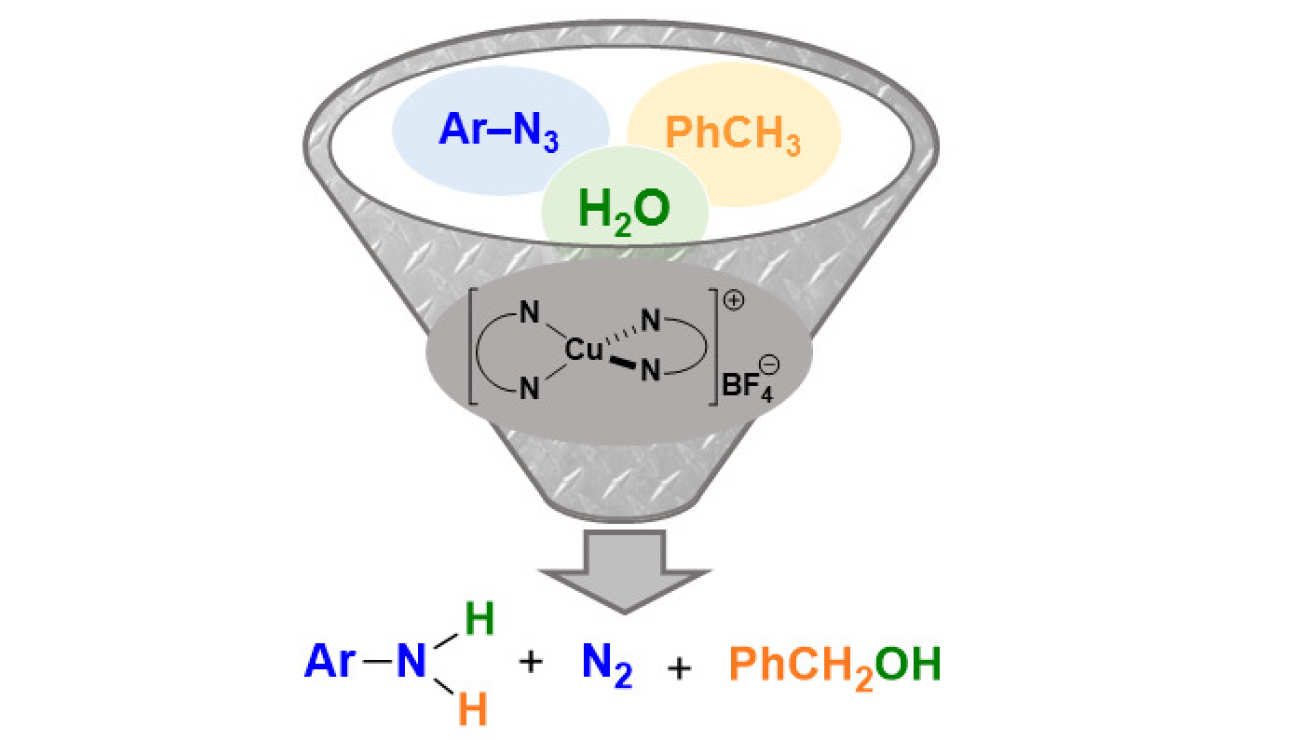 The reduction of aryl azides in the absence of an obvious reducing agent is reported. Careful catalyst design led to the production of anilines in the presence of water and air. The reaction medium (toluene/water) is crucial for the success of the reaction, as DFT calculations support the formation of benzyl alcohol as the oxidation product. A singular catalytic cycle is presented for this transformation based on four key steps: nitrene formation through nitrogen extrusion, formal oxidative addition of water, C(sp3)–H activation of toluene and reductive elimination.

This work addresses a counterintuitive observation in the reactivity of the well-known ruthenium complexes [Ru(X)H(CO)(PiPr3)2], according to which the 5-coordinate chloro complex (X = Cl, 1) is less reactive toward phenylacetylene than its 6-coordinate acetate analogue (X = κO2-OC(O)Me, 3), since 3 undergoes a hydride-to-alkenyl-to-alkynyl transformation, whereas the reaction of 1 stops at the alkenyl derivative. The experimental kinetics of the key alkenyl-to-alkynyl step in the acetate complex are compared to the results of DFT calculations, which disclose the ability of the acetate not only to assist the alkyne C–H activation step via a CMD mechanism but also to subsequently deliver the proton to the alkenyl ligand. Possible consequences of this mechanistic resource connecting mutually trans ligands are briefly discussed on the basis of reported chemoselectivity changes induced by carboxylate ligands in 1-alkyne hydrosilylations catalyzed by this type of ruthenium complexes. 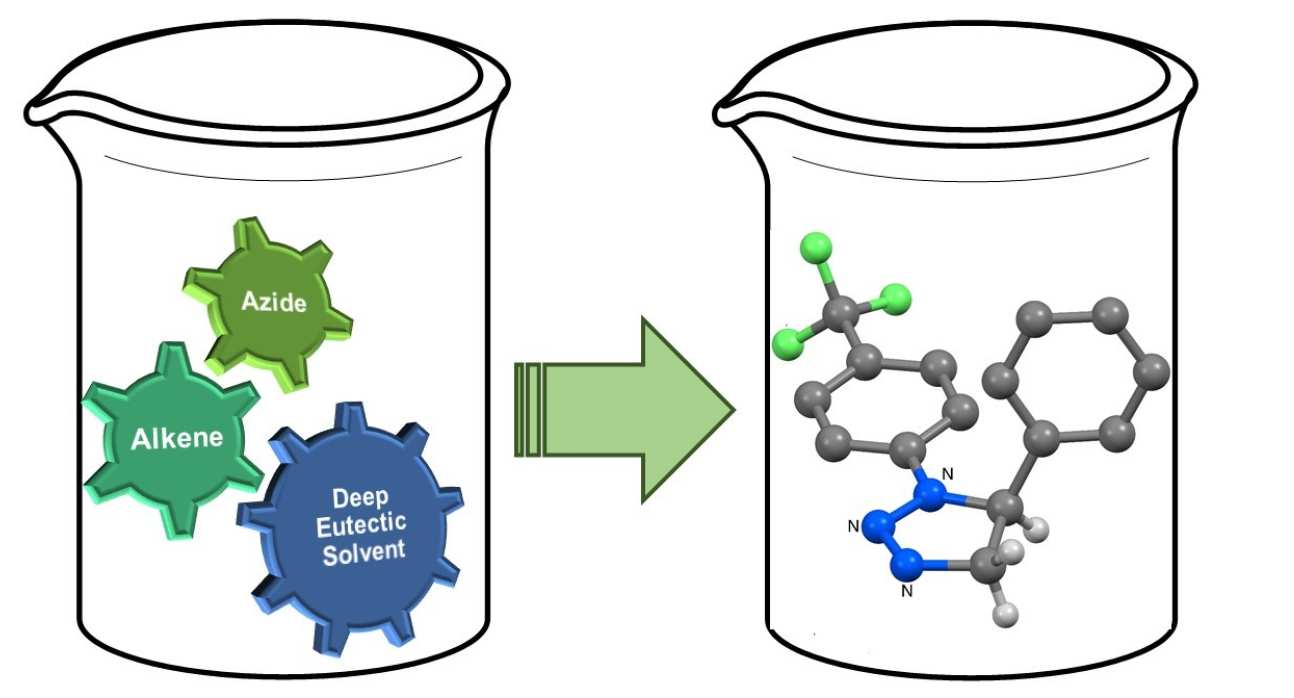 The multi-gram synthesis of a wide range of 1,2,3-triazolines via azide–alkene cycloaddition reactions in a Deep Eutectic Solvent (DES) is reported. The role of DES in this transformation as well as the origin of the full product distribution was studied with an experimental/computational-DFT approach. 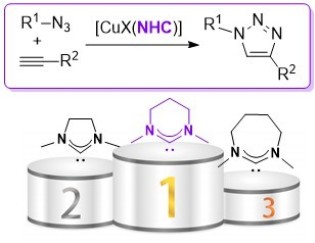 In this article we studied different copper(I) complexes bearing ring‐expanded N‐heterocyclic carbene ligands in the azide–alkyne cycloaddition reaction. We showed that the six‐membered NHC ligands outperform well‐established five‐membered ones and [CuI(Mes‐6)] displayed a remarkable catalytic activity while respecting the strict criteria for click reactions.

Herein we report the synthesis of several complexes with diazabutadiene complexes: [Cu(DABR)2]BF4), [Cu(DABR)(NCMe)2]BF4 and [CuCl(DABR)]. These complexes, which remain scarce in the literature are air-stable and their behaviour both in the solid state as well as in solution was studied by means of X‐ray crystallography, NMR and UV/Vis spectroscopy.

A novel NHC–palladium(II) complex and its immobilised version were prepared and fapplied in Suzuki-Miyaura cross coupling and chloroarene dehalogenation reactions. Also, an unexpected palladium-mediated transfer hydrogenation of a carbonyl compound was evidenced.

The remarkable activity displayed by copper(I)–phosphinite complexes of general formula [CuBr(L)] in two challenging cycloadditions is reported: a) the one‐pot azidonation/cycloaddition of boronic acids, NaN3, and terminal alkynes; b) the cycloaddition of azides and iodoalkynes. These air‐stable catalysts led to very good results in both cases and the expected triazoles could be isolated in pure form under ‘Click‐suitable’ conditions. 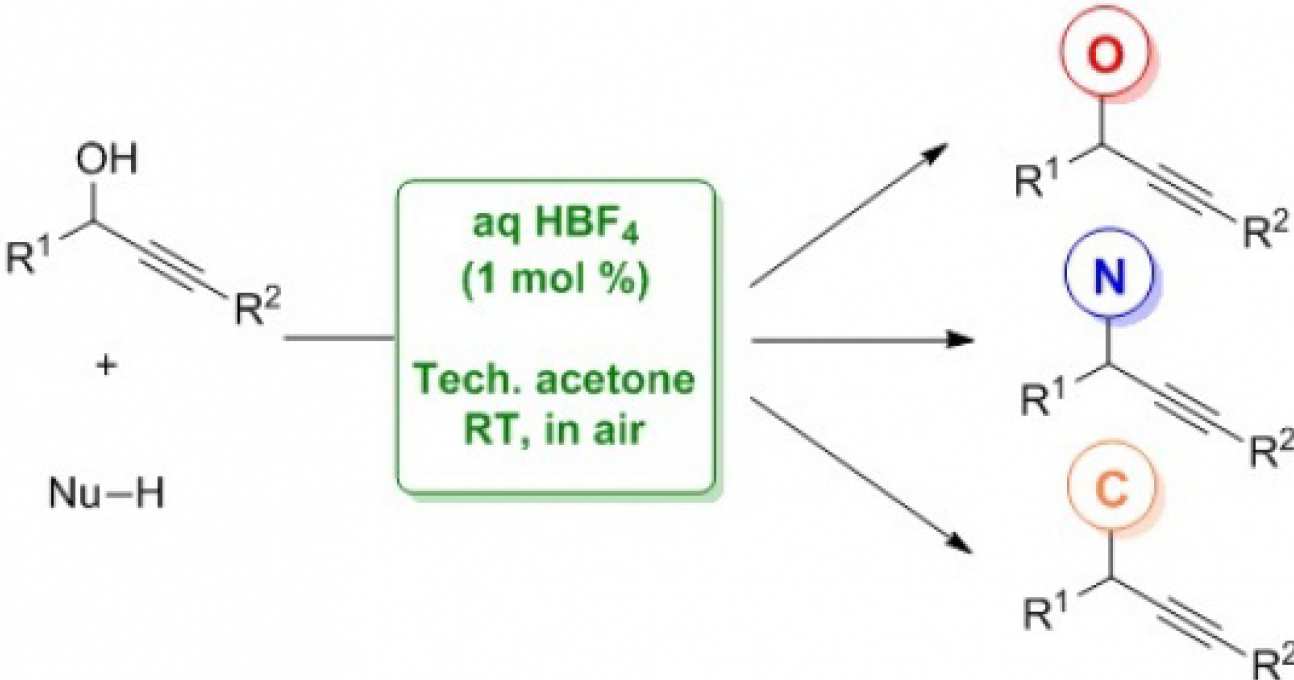 The activity of HBF4 (aqueous solution) as a catalyst in propargylation reactions is presented. Diverse types of nucleophiles were employed in order to form new C–O, C–N and C–C bonds in technical acetone and in air. Good to excellent yields and good chemoselectivities were obtained using low acid loading (typically 1 mol‐%) under simple reaction conditions.

40. Catalytic and mechanistic studies of N-heterocyclic carbene or phosphine-containing copper(I) complexes for the synthesis of 5-iodo-1,2,3-triazoles

Two complementary catalytic systems are reported for the 1,3-dipolar cycloaddition of azides and iodoalkynes. These are based on two commercially available/readily available copper complexes, [CuCl(IPr)] or [CuI(PPh3)3], which are active at low metal loadings (PPh3 system) or in the absence of any other additive (IPr system). These systems were used for the first reported mechanistic studies on this particular reaction. An experimental/computational-DFT approach allowed to establish that (1) some iodoalkynes might be prone to dehalogenation under copper catalysis conditions and, more importantly, (2) two distinct mechanistic pathways are likely to be competitive with these catalysts, either through a copper(III) metallacycle or via direct π-activation of the starting iodoalkyne. 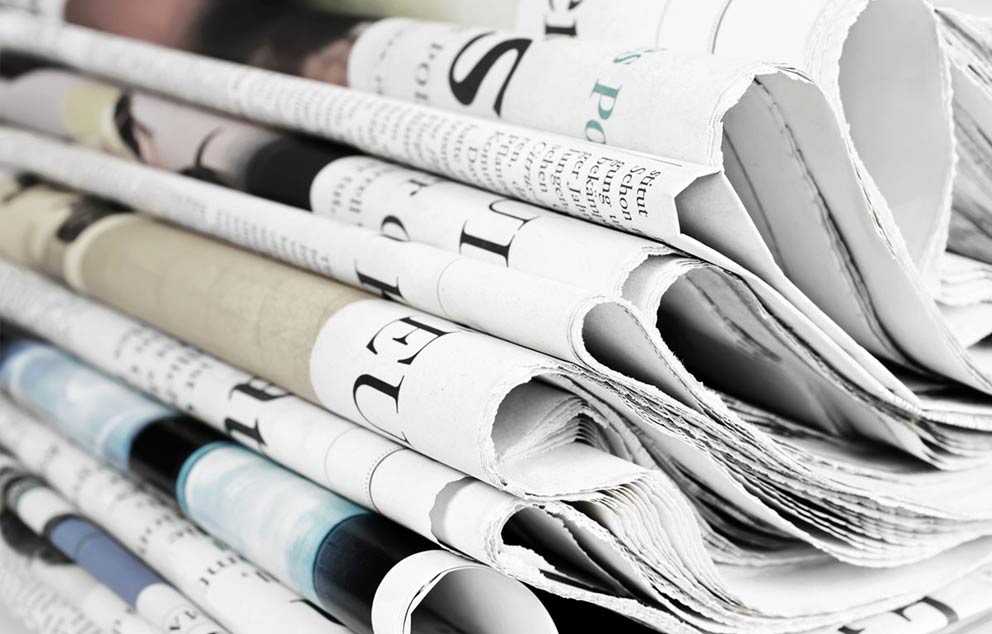