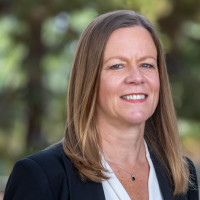 Professor of Chemistry and Computer Science, University of Toronto 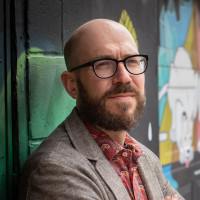 Alán Aspuru-Guzik is a professor of Chemistry and Computer Science at the University of Toronto and is also the Canada 150 Research Chair in Theoretical Chemistry and a Canada CIFAR AI Chair at the Vector Institute. He is a CIFAR Lebovic Fellow in the Biologically Inspired Solar Energy program. Alán also holds a Google Industrial Research Chair in Quantum Computing. Alán is the director of the Acceleration Consortium, a University of Toronto-based strategic initiative that aims to gather researchers from industry, government and academia around pre-competitive research topics related to the lab of the future.

Alán conducts research in the interfaces of quantum information, chemistry, machine learning and chemistry. He was a pioneer in the development of algorithms and experimental implementations of quantum computers and quantum simulators dedicated to chemical systems. He has studied the role of quantum coherence in the transfer of excitonic energy in photosynthetic complexes and has accelerated the discovery by calculating organic semiconductors, organic photovoltaic energy, organic batteries and organic light-emitting diodes. He has worked on molecular representations and generative models for the automatic learning of molecular properties. Currently, Alán is interested in automation and "autonomous" chemical laboratories for accelerating scientific discovery.

Among other recognitions, he received the Google Focused Award for Quantum Computing, the Sloan Research Fellowship, The Camille and Henry Dreyfus Teacher-Scholar award, and was selected as one of the best innovators under the age of 35 by the MIT Technology Review. He is a member of the American Physical Society and an elected member of the American Association for the Advancement of Science (AAAS) and received the Early Career Award in Theoretical Chemistry from the American Chemical Society.

Alán is editor-in-chief of the journal Digital Discovery as well as co-founder of Zapata Computing and Kebotix.

Professor of Biochemical Engineering in the Department of Chemistry and Applied Biosciences, ETH Zurich 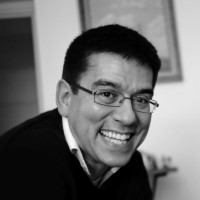 Andrew is currently Professor of Biochemical Engineering in the Department of Chemistry and Applied Biosciences at ETH Zurich and until October 2020 was Head of the Institute for Chemical and Bioengineering. Prior to his arrival in Zurich he was Professor of Chemical Nanosciences and Head of the Nanostructured Materials and Devices Section in the Chemistry Department at Imperial College London. His research interests cover a broad range of activities in the general area of microfluidics and nanoscale science, and include microfluidic platforms for high-throughput biological and chemical experimentation, ultra-high sensitivity optical detection techniques, zero-cost diagnostics, imaging flow cytometry and single cell proteomics.

Andrew has given approximately 350 invited lectures at conferences and universities in North America, Europe, Africa and Asia, has published almost 400 papers in refereed journals, and co-authored two books. He is Associate Editor for ACS Sensors and currently sits on the Editorial Boards of Advanced Materials Technologies, Chemistry World, MSDE, The Journal of Flow Chemistry and Chem. He is also co-founder of Molecular Vision Ltd, an Imperial College spin-out company developing low-cost diagnostic devices for use in the doctor's surgery and in the home. Science originating from the deMello group has been recognized through multiple awards, including the 2009 Clifford Paterson Medal from The Royal Society, the 2012 Pioneers of Miniaturization Lectureship form the Royal Society of Chemistry and the 2020 ACS Measurements Science Lectureships from the American Chemical Society. 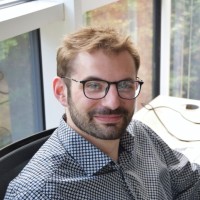 Dr Edward O. Pyzer-Knapp is IBM Research’s global lead for AI Enriched Modelling and Simulation, with a particular focus on the development and exploitation of these techniques for accelerated materials discovery. He has a broad, cross-disciplinary research interests spanning IBM’s three pillars of bits (classical computing), neurons (AI) and qubits (quantum computing), with examples of current projects including the use of multi-fidelity Bayesian optimization technologies to provide >10x speedup to high-throughput virtual screening workflows, and the development of quantum-classical integration pipelines for accelerated materials discovery. He has authored >50 papers and conference proceedings, as well as three book chapters, and a textbook on deep learning for the physical sciences, which will be published this year. He is also the Visiting Professor of Industrially Applied AI at the University of Liverpool, and serves as Editor in Chief of the journal Applied AI Letters, which has a focus of real-world applications of AI, including in the physical science domain. 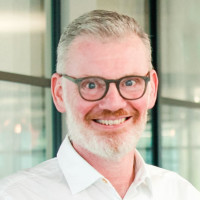 Garry is CTO at Exscientia, a leading AI drug discovery company. With more than 25 years’ of experience in drug hunting and technology leadership, he is responsible for focusing Exscientia’s technology on its mission towards becoming the most efficient drug discovery organisation in the world. He leads a world-class team of engineers, scientists and informaticians driving innovation at the interface between technology and drug discovery.

Prior to joining Exscientia, Garry was Vice President of Hit Discovery at AstraZeneca and Chair of the Global Chemistry Leadership Network where he was responsible for the global chemistry strategy, initiatives and collaborations. During his time at AstraZeneca, he championed developments in AI, machine learning and physics based computational methods. He also successfully established an automation facility in Gothenburg, dedicated to synthesis and integrated screening.

He has extensive drug hunting experience a highlight being part of the team that discovered the cardiovascular drug Brilinta® (ticagrelor) for which he was a co-recipient of the Malcolm Campbell award from the Royal Society of Chemistry. He is passionate about transforming drug discovery and bringing the life changing benefits of medicines to patients faster. 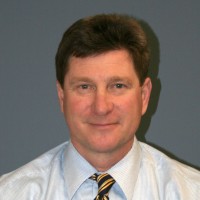 Mr. Dubina is the President of Mettler-Toledo AutoChem, responsible for directing the global business including Research & Development, Manufacturing, Marketing, and Sales and Service. He has served in this capacity since 1999. AutoChem is the global market and technology leader in providing key enabling solutions and services that speed the development of new products and processes for the Biopharmaceutical and High Value Chemical Industries. Prior to this time, Mr. Dubina, developed and directed, (ASI) Applied Systems Inc, into a multi-million $ provider of in-Situ FTIR systems and related sampling and software (ReactIR) before its acquisition in 1999 by Mettler-Toledo International, Inc. Earlier in his career, Mr. Dubina was President of Leica USA Inc., a provider of microscopes, sample preparation, image analysis, and electron microscopes. Mr. Dubina started his career with IBM at which he held a number of sales and marketing management positions. Henry Dubina is a graduate of the University of Illinois where he earned a Bachelor of Science in Chemistry.

Institute of Process Research and Development, University of Leeds

Richard Bourne is a leading academic within the IPRD at the University of Leeds, a joint institute between Chemical Engineering and Chemistry. He completed a PhD under the supervision of Prof. Martyn Poliakoff, CBE, FRS at the University of Nottingham. He is now a Royal Academy of Engineering Senior Research Fellow working on the development of new sustainable processes with focus on continuous flow routes to pharmaceutical and fine chemical products. In particular, the use of self-optimising systems where the reactor and its process control instrumentation become an autonomous unit into which the reactants are pumped, and from which products emerge with machine learning optimized conditions.

Department of Chemical and Biomolecular Engineering, Korea Advanced Institute of Science and Technology 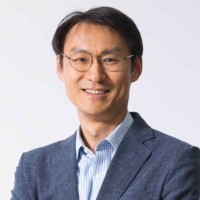 Yousung Jung is a Professor of Chemical and Biomolecular Engineering at KAIST. He received the Ph.D. in Theoretical Chemistry from University of California, Berkeley. After a postdoctoral work at Caltech, he joined the faculty at KAIST in 2009. His research interests involve quantum chemistry and machine learning to develop efficient methods for fast and accurate simulations of complex molecular and materials systems, and their applications towards the understanding and inverse design of molecules and materials for new discovery. He is the recipient of Pole Medal (2018, Asia-Pacific Association of Theoretical and Computational Chemists), Korean Chemical Society Young Physical Chemist Award (2017), Chemical Society of Japan Distinguished Lectureship Award (2015), and KCS-Wiley Young Chemist Award (2013).