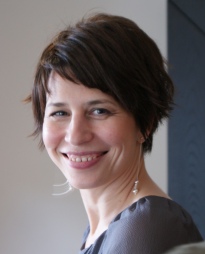 Ana Mijic was a Grantham Institute-funded PhD student within the Earth Science and Engineering Department.

Her research focused on the analytical modelling of near wellbore effects during carbon dioxide injection into saline aquifers. Ana has a first class degree in Civil Engineering from the University of Belgrade, Serbia.

Before moving to London in 2007 she worked for the same University as a teaching assistant in Fluid Mechanics and Hydrometry. In 2009 she obtained a masters degree in Hydrology for Environmental Management with distinction from Imperial College London.

Ana has three children, age 8, 10 and 13. During her MSc and first year of PhD, before all the children have started the school, she had an au-pair. Since then she has had a nanny helping her three days a week in the afternoons.

“The most important thing to manage everything is a belief that all you want is possible, but you also need support from the family, organisational skills and of course financial support. If the circumstances allow, having an au-pair is a great option for young children, especially when there are more of them. Nowadays, I don’t need someone helping me during the day, so having a nanny enables me to stay longer at work whenever needed and she is a valuable help to my husband while I am away for conferences and meetings.

"Organisation-wise, as a PhD student I came to College usually three days a week, while the rest of the time I worked from home while the kids are at school. That way I managed to fulfil all my obligations as a student and still spend some quality time with my children.

"The Earth Science and Engineering Department was extremely supportive during my studies. It awarded me with John Archer and ORSAS Scholarships that hugely helped me, both financially and morally. I deeply believe that if you want to be a good mother, you have to be fulfilled as a person. So, if doing a research makes you happy, don’t give up on it!”