We conduct research on a wide range of topics. Here are a few vignettes: 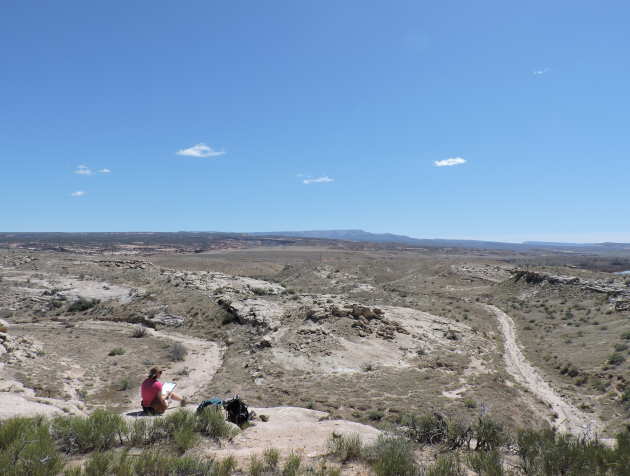 Magnetostratigraphy uses known changes in the polarity of the Earth’s magnetic field over time for correlation of rocks from one place to another. The geomagnetic polarity time scale can be used to date rocks or particular events preserved in the rock record, if a particular polarity reversal can be identified. We are currently using magnetostratigraphy to produce a chronostratigraphic framework for the Morrison Formation, a suite of rocks deposited by rivers and on flood plains 150 million years ago in the Upper Jurassic Period. The Morrison Formation is famous for its iconic and diverse dinosaurian fauna, including Stegosaurus and Diplodocus. Attempts to understand the evolution and palaeoecology of the dinosaurs are currently hampered by a lack of long-range correlation across the Formation. 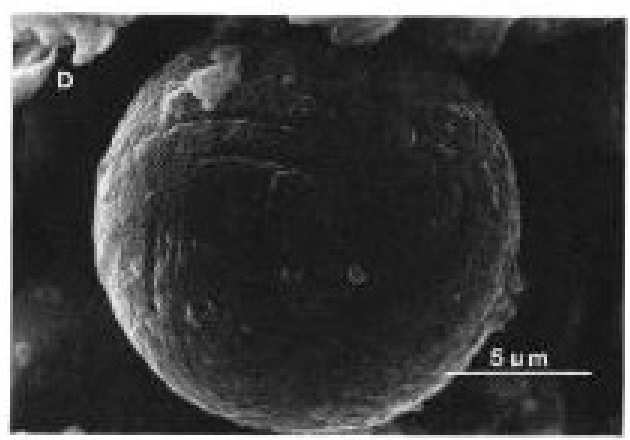 Aeromagnetic surveys and magnetic susceptibility measurements in drill cuttings, soils and sediments have been proposed as alternative and/or complementary methods of assessment and exploration of hydrocarbon reservoirs. Some magnetic anomalies have been attributed to the existence of authigenic magnetite and/or Fe-sulphides at shallow depths. These magnetic minerals have been hypothesized to be a chemical byproduct of primary Fe-oxides exposed to a reducing environment induced by the underlying reservoir. The formation of secondary magnetite as spherical aggregates (framboids) has been linked to the presence of hydrocarbons or oil biodegradation, but a mechanism for such formations has not been established. We are currently studying framboid formation mechanisms, and their magnetic signals using experimental and numerical micromagnetic models. 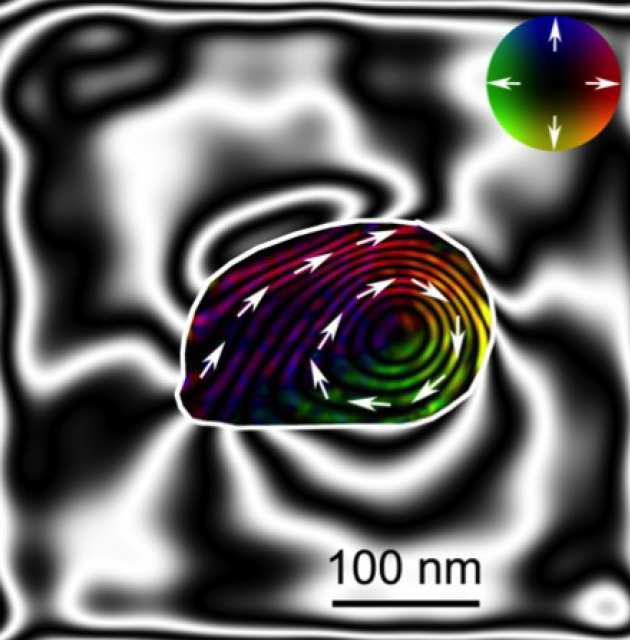 For reliable interpretation of palaeo-magnetic data, the mechanisms that induce and alter magnetic remanence, like thermoremanent magnetisation (TRM) and acquisition chemical remanent magnetisation (CRM) must be fully understood. Magnetic signals from rocks are often dominated by grains that contain non-uniform pseudo-single domain (PSD) magnetisation states. However, there is very little understanding of their CRM and TRM properties.  Off-axis electron holography permits nanometre-scale imaging of magnetic induction within and around materials as a function of applied field and temperature. The use of TEM techniques are combined with numerical micromagnetic modelling to fully understand the effect of chemical and heating on the recording fidelity of natural magnetic systems. 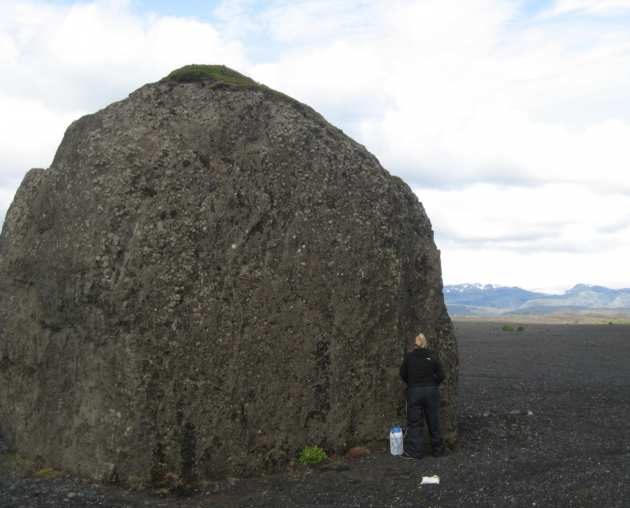 Key to understanding of cataclysmic events such as mega-floods and palaeo-tsunamis is the ability to accurately date them. This can prove problematic, as the record of rapid erosion retained by the geological record leaves little identifiable material that can be easily dated. For example, large boulders (erratics) are common features of both glacial retreat and cataclysmic events, but as most of their intrinsic properties are not associated with the event we need to examine physical effects or properties that were re-set or initiated at the time of the event. Two measureable effects are the degree of exposure to cosmogenic rays on an erratic’s freshly exposed surfaces and the new magnetisation (a viscous remanent magnetisation (VRM)) recorded by the magnetic minerals within the rock due to its re-orientation in the geomagnetic. The acquisition of VRM is time dependent. We are currently testing this method using erratics from Iceland. 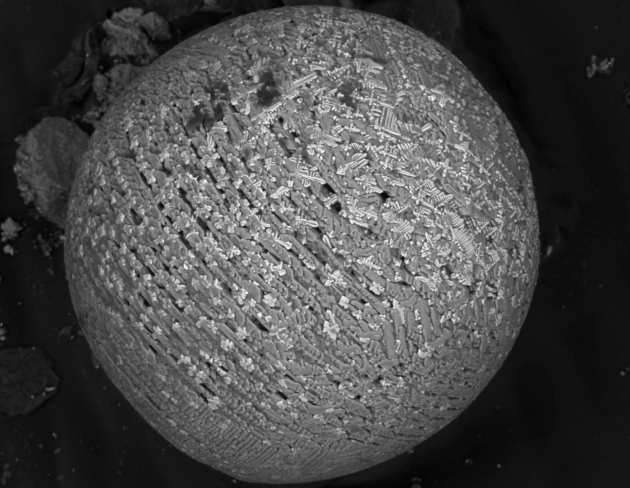 We study primitive meteorites to understand the role that magnetic fields had in the formation of the Solar System, how the meteorites became magnetised and the significance of their magnetisations.  In particular we examine chondrules and chondritic meteorites, using a range of techniques: 1) magnetic measurements in the laboratory, 2) nanometric imaging of magnetic structures using off-axis electron holography in transmission electron microscopes  and 3) numerical micromagnetic modelling. 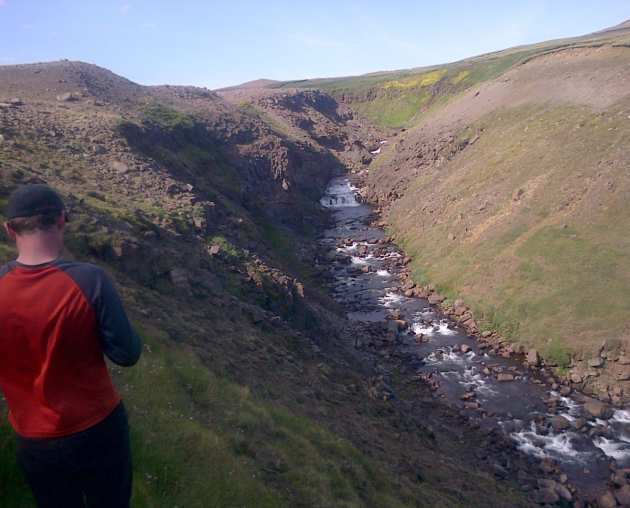 The Earth's magnetic is constantly changing. To understand variations on long geological timescales, we need to examine the magnetic signal recorded by rocks during their formation. Extracting directional magnetic recording from rocks is relatively straightforward, but extracting the intensity of the ancient field is much more problematic. Reliable intensity data is required if we are to construct accurate geomagnetic field models and understand the long-term behaviour of the fluid motions deep within the earth where the field originates. We are working on a number of topics, including field evolution (fieldwork in Botswana) and field variation (fieldwork in Iceland). 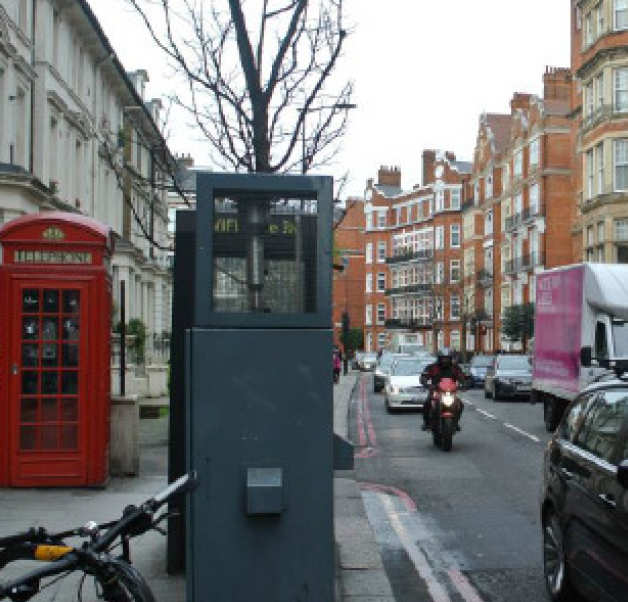 Inhalable airborne particulate matter that has a diameter ≤ 10 µm, PM10, consists of a wide range of local and regional, organic and inorganic substances that pose threats to the human body. It has an association with acute cardiovascular and chronic respiratory diseases. In ultra-urban environments like London, iron oxides and hydroxides typically make up 10-70% of the bulk iron content Most iron oxides and hydroxides have distinct magnetic signatures. The magnetic signal varies mainly with the anthropological input in an urban environment, as a result, the magnetic signature of PM10 has the potential to link the pollution to its source. Magnetite is commonly identified as the dominant magnetic mineral within urban PM10. To investigate sources and temporal variations of the magnetic minerals of PM10 and how the signature relates to other pollution indexes, e.g., NOX, location and meteorological conditions, we magnetically study air pollution samples and data from London.