Members of our group regularly participate in outreach, public engagement and media events.

Our research in the news

10/03/2016
Jon and Phil's research into crocodyliform diversity across the Jurassic-Cretaceous boundary has hit the news today: http://phys.org/news/2016-03-decline-crocodile-ancestors-good-news.html

29/02/2016
Alessandro's new paper on an enormous abelisaur femur from Morocco caught the attention of the international media: http://phys.org/news/2016-02-fossil-reveals-big-carnivorous-dinosaur.html

24th May – Susie will be talking about dinosaurs at the UCL Pint of Science festival at The Slaughtered Lamb pub in Clerkenwell, London, from 7 pm.

In May 2016, Alessandro took part in the Imperial College Festival, talking about live, and extinct, animals 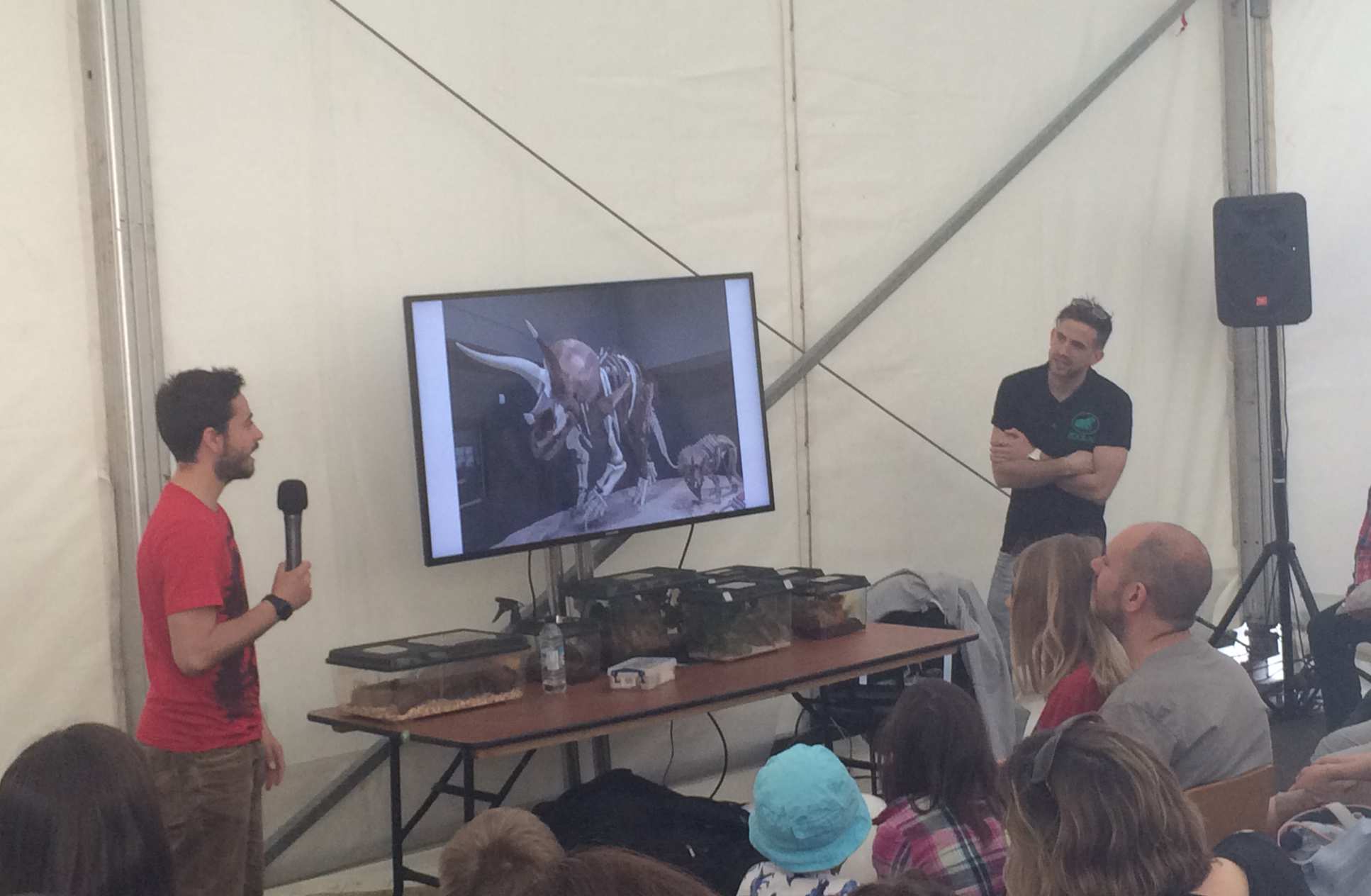