"Concept mapping has powerful utility for the demonstration of understanding. It can be used to display individual knowledge structures for comparison at different stages in the learning process."

Concept maps “are essentially graphic tools for organising and representing knowledge” (Kinchin, Streatfield & Hay, 2010, p. 54). For the purposes of concept mapping, a concept can be defined as: “a perceived regularity in events or objects, or records of events or objects, designated by a label” (Novak, 1990, p. 29). Most of the labels used are words, but signs (such as +) can be used also. 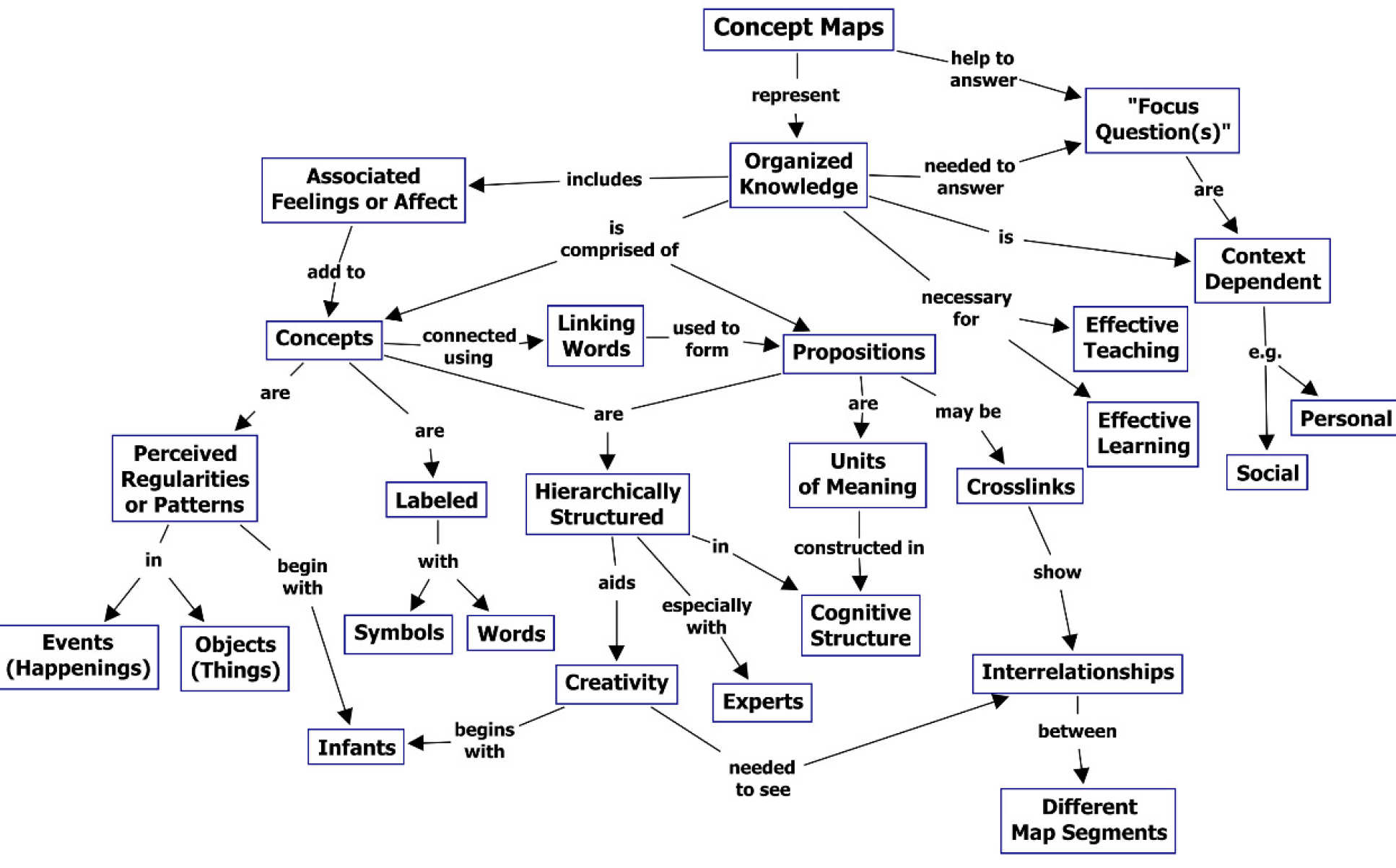 Concept maps can support quantitative and qualitative analysis, “helping to highlight relationships and patterns within the data” (Kinchin, Streatfield & Hay, 2010, p. 55). Kinchin et al. (2010) have shown how concept maps can be used to support the process of analysing interview data and have suggested various other ways that they might be used to enhance the research interview process. Buhmann and Kingsbury (2015), meanwhile, have developed a systematic framework for quantitatively analysing the structure of concept maps which can be combined and cross-compared with analysis of its content. Hay, Kinchin and Lygo-Baker (2008) have suggested that concept mapping can be used to achieve longitudinal measures of student learning quality in higher education, which in turn can provide “a documented research base from which teaching can be developed” (Hay et al., 2008, p. 310).

Practical guidance on how to construct concept maps is available via the sources below, but in essence they:

How to construct concept maps

How to make a concept map (video)

"Since individuals have unique sequences of experiences leading to unique total sets of propositions, all concept maps are to some extent idiosyncratic. However, in a given culture, there is sufficient commonality in experience that persons in that culture share sufficient common meanings for their concepts that they can communicate to one another using language or other symbols."