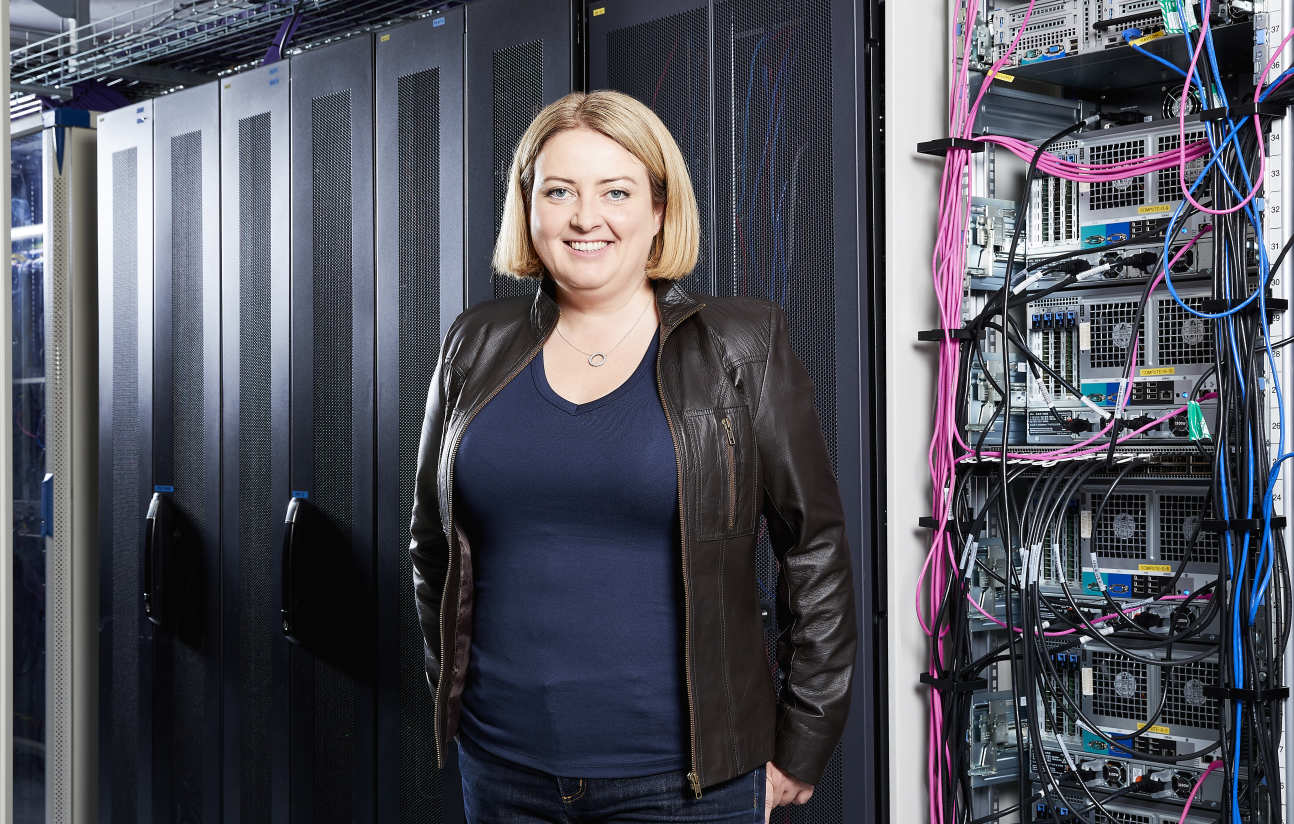 “I have split my working life between research and industry,” says Dr Catherine Mulligan, a former Imperial research fellow. “I’ve always done that since my postgraduate degree and I really love that variety.”

Dr Mulligan is an expert in digital technologies – including mobile networks, the ‘Internet of Things’ and blockchain technology – and how they can bring benefits to society, from connecting rural communities to managing floodwater. Her studies, work and volunteering have taken her all over the world from Australia to the UK, via Sweden, Malaysia, the Himalayas and even the North Pole.

She continues: “It takes much, much longer to build a career in academia this way compared to the traditional academic track. For example, myself and a colleague have been investigating a particular concept of digital technology, and its impact on economic theory for about ten years and we have finally got enough evidence to support our ideas and publish a paper.”

Dr Mulligan came to Imperial College Business School with ten years’ experience at Ericsson under her belt, as well as a PhD from Cambridge. She was also principal investigator on several government funded grants.

During her time at Imperial, Dr Mulligan collaborated with the Computer Science Department to create the Centre for Cryptocurrency Research and Engineering. At the Centre, she taught students about blockchain technology, and several of them went on to create successful start-up businesses. Around the same time, Dr Mulligan was nominated to the World Economic Forum and joined their blockchain council.

Where traditional research funders were slow to respond to the emergence of the digital economy in terms of their funding priorities, companies were looking for experts to help them delve deeper. They were more comfortable with disruptive technologies and therefore willing to fund consultancy projects, for example via Imperial Consultants.

“I got some of my most interesting work via Imperial Consultants,” Dr Mulligan explains. “It was also an extremely useful way to pull in fees that I could then use to fund my research. That includes the research that was able to keep going and is just now being published. Without that flexibility, we would have had to drop the idea.

“This type of funding also allowed me to subcontract people from other universities. For that particular type of project, I did choose a lot of Imperial staff, but I also complemented them with other people I knew who had the expertise. I still have research relationships with those people. We all still collaborate and exchange ideas.”

Despite these successes, Dr Mulligan found it challenging to gain a secure academic post: “What would happen was I would raise a lot of money for my researchers’ salaries, but I found I didn't have much money for myself and at some point, that becomes economically impossible.

“On the other hand, I have a long track record in industry and people will pay me for that, but not necessarily in the academic context.”

Now, Dr Mulligan works as Chief Technology Officer at Fujitsu, where she enjoys the teamwork of engineering and the focus on sustainability. She still teaches at Imperial occasionally in the Innovation and Entrepreneurship group, and is an Honorary Senior Research Associate in the computer science department at UCL.

Looking back, Dr Mulligan says she would like to see universities become more open to working with businesses: “The whole point for me, around digital, is that it’s so fundamentally challenging to the way our economy had been structured for so long, that research should really should be focusing on what is actually happening in the world now to help governments, citizens and companies better handle the dramatic change digital is bringing.”

But she sees the benefits that her academic work has brought: “My experiences in academia pushed me to grow more rapidly than I would have if I had only stayed in industry. Those experiences and overcoming some barriers gave me new aspects of my personality that are very useful.

“And I’m lucky enough to maintain visiting relationships with some universities, so I can still give talks and write papers. And the best bit of academia is the students. I still love teaching and helping students through their MBAs.”