In January 2018 Imperial became a member of the Race Equality Charter (REC).

Run by AdvanceHE, REC aims to improve the representation, progression and success of Black, Asian and Minority Ethnic (BAME) staff and students within higher education. It launched in January 2016 and is similar to the Athena SWAN Charter.

REC provides a framework for universities to self-assess and identify institutional and cultural barriers for BAME staff and students. Member institutions develop initiatives and solutions for action, and can apply for an award.

Are you working on race equality?

The REC Self-Assessment Team is eager to record the level of interest and/or expertise across the institution in research related to race, racism, and/or race-equality. The information gathered will be used to inform our work toward a REC Bronze Award, and wider equality, diversity and inclusion work taking place across the College.

If you have any queries, please do not hesitate to contact REC Coordinator Sally Parekh.

Introduction to REC at Imperial

We publicly launched our REC work at our 2018 Black History Month Lecture, The Importance of diversity in STEM delivered by Chi Onwurah MP (Chair of the All-Party Parliamentary Group on Diversity and Inclusion in STEM). Chi argued the importance of diversity as an economic imperative and focused on the need for systematic change. You can read more about Chi's lecture or watch the video on this page.

If you would like to get involved or have questions about the REC, then please get in contact with Sally Parekh, Imperial's REC Coordinator, or Professor Stephen Curry, Assistant Provost (Equality, Diversity & Inclusion).

Further information on REC at Imperial

I'm Debbie, the appointed Black and Minority Ethnic Officer within the Liberation & Community Team at Imperial College Union. I act as an intermediary between the student body and the College Union. Having entered my second year at this university it’s an exciting privilege to participate in Union Council & REC meetings and offer input from both an ethnic minority and student perspective. I hope with my input and collaborate actions we can achieve real change to the ‘Imperial Experience’ for our staff and students; raising awareness about racial equality and allowing these conversations to happen freely within the College.

I started at the College as an intern working on Athena SWAN in 2010. Since then I have worked on numerous department-level applications and am now on my third College Athena application. I have seen Athena SWAN embed and develop across College, and recently have noticed more and more conversations about other aspects of EDI. I was pleased to be asked to join the REC SAT and hope the College uses REC as a positive opportunity to address structural and systematic inequalities. As a core element of the College EDI Strategy, I think REC is important to furthering work at Imperial and proactively tackling our issues.

Stephen Curry is a Professor of Structural Biology at Imperial College, where he has worked for over 24 years. In 2017 he also became Imperial’s first Assistant Provost for Equality, Diversity and Inclusion. This career-shift resulted from a desire to change the culture of science and universities, which was stimulated over a period of years through writing about academic life on his Reciprocal Space blog and at the Guardian, covering topics such as scholarly publishing, research assessment and science policy. An active campaigner, Stephen was a founder member of Science is Vital, and is currently chair of the steering group of the San Francisco Declaration on Research Assessment (DORA).

I have been working at Imperial College for 16 years and have worked in a range of administrative, research and teaching positions within the Department of Earth Science & Engineering. I was very happy to join the REC Self-Assessment Team, as I saw it as the ideal opportunity to help other racial and ethnic minority staff and students, both inside and outside of Imperial College. By listening to the challenges this important body of our population face on a daily basis, we can dismantle the structural barriers that deliberately (or otherwise) hamper their engagement and progress. By ultimately including these people in the very fabric of Imperial College, we all benefit.

I’m Wayne, a Senior Teaching Fellow in Immunity and Inflammation. I’m also currently completing a MEd exploring the question, “What impact does being a ‘minority’ have on Black British student’s sense of identity, belonging and ability to achieve at Imperial College?” I have always had an interest in understanding the factors that promote effective learning, and how these influence a student’s ability to adapt to and transit through different learning environments. So, I’ve joined the REC-SAT to help to understand the impact that being a member of a minoritized groups at Imperial College has on their sense of belonging and identity as a BME students. What are the lived experiences of the students and what is being done and what more needs to be done to maximise all our students potential?

I joined Imperial in 2018 and glad to be a part of the REC SAT. I am continually impressed by the dedication of our members who genuinely care about BAME issues and are determined to highlight the issues facing BAME staff and students and crucially have difficult conversations that lead to meaningful change. Imperial has a long way to go in achieving race equality and openly discussing race and racism but it has taken the first steps and I’m excited to see what we can achieve together.

I'm Shervin and this is my 5th year at Imperial College - 4 years of a Physics MSci and now a year as Deputy President (Welfare) for the Student's Union. EDI is a key part of the remit of my role, which is what brought about my involvement with the REC to provide key student representation and involvement in the process. I'm very keen to see Imperial discover and unpick race related issues that certain groups of the community face, and it's exciting that the REC gives Imperial the push to do this.

I have worked at Imperial College Business School for 6 years and have been fortunate enough to work on many College wide initiatives and projects. I feel honoured to have been asked to join the REC Self-Assessment Team. The REC members are all committed to making a difference and the most noticeable aspect of this is that people from the BAME have a voice and are being listened to. Personally, it has been humbling and a welcome to change, to sit in a room with people from a diverse ethnic background who all passionate about effecting change.

This feels like a golden opportunity to really make a difference to the BAME community not just for our existing students, faculty and members of staff at Imperial but beyond that to our future students and beyond the confines of Imperial.  Imperial are ready to lay themselves bear with where we are now and show how we are going to make a tangible difference (in the not too distant future) that will have a lasting legacy and set the foundations for future generations to come.

The first meeting of the Self-assessment Team (SAT) was held on Thursday 1st November. The group is determined to make a success of the job of exploring the issues facing Black, Asian and Minority Ethnic staff and students, understanding the facts and figures of our current situation, and making the best possible application for a Bronze REC award.

The first component of the work to be done, the staff survey has now closed. A total of 1,353 people completed the survey which is a very good response – over 10% of staff. Thank you to everyone who took part.

The student survey will run from 12 November to 1 December, please do encourage students to take part.

Once the surveys are complete, we will begin to analyse the data. The SAT will discuss the initial findings at its next meeting in January.

If you would be interested in joining a working group or participating in a focus group to help advance the work of the SAT, please email Sally Parekh to register your interest. We will respond promptly to and do our best to involve you.

The second meeting of the Self-Assessment Team (SAT) was held on Thursday 10 January. The final four members accepted to join the SAT so we now have 24 members in total.

Working groups based on the following categories have been set up; Students; Academic staff; Professional Services staff and Organisation Issues. They will begin to a deeper analysis of the data and will help to identify areas we will investigate further using focus groups and individual interviews.

We had a good response to the student survey with over 500 participating. We hope to publish a summary of the results from both the student and staff survey over the summer.

Thank you to those who have already registered your interest in joining a focus group. Please email Sally Parekh if you are interested in participating. We will respond promptly to and do our best to involve you.

We welcomed Wayne Mitchell as a new member who has been at Imperial for 12 years and is interested in the academic achievement of students.

We invited Sarah Guerra, Director of Diversity and Inclusion at King's College London to talk about their race equality journey. She shared some candid insights and was generous with her advice on the potential pitfalls we might face.

Organisational Development Consultant, Melanie Lee kindly agreed to design and run our first REC SAT Away Day off site in July. This gave us an excellent opportunity to bond as a team and allow us to fully reflect on the function and format of the SAT. This resulted in a report with several recommendations of how we could work more effectively as a team.

Following recommendations from the Away Day, we appointed Anique Varleigh as the new Co-Chair.

Deborah Adegoke has been nominated the new BME Officer for the Imperial College Union and will join us as a member at the next meeting. David Tyoember kindly agreed to continue as a member.

Rob Tomkies and Bernie Babel have stepped down as members.

Wayne Mitchell presented the findings of his report on the Experience of Black British students at Imperial. He highlighted the disadvantages faced by applicants and the statistics presented unequivocally revealed stark inequality. 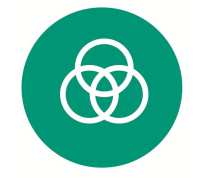