Textile and shoe recycling with the British Heart Foundation

Donate your unwanted items for a better environment

Students and staff can now donate their unwanted clothes, shoes, books and other items at the British Heart Foundation (BHF) recycling banks located at various locations across the College, see below.  Doing so helps the charity and Estates Facilities increase levels of recycling and reuse, diverting waste from incineration. 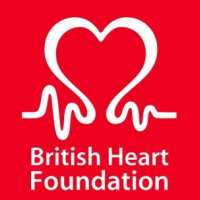 Students were first given the opportunity to donate directly to the BHF at the College in 2015, when we first worked in partnership with the charity for the Student Hall Reuse Scheme.

Where are the BHF donation banks?

What happens to my donations?

The British Heart Foundation distributes your donations to their shops in the local area where they are sold to generate income; 78 pence of every £1 raised goes towards life saving research and support for heart patients.