The Pilgrims' Way: Art, Architecture and Literature of Pilgrims and Crusaders

We are delighted to welcome to our programme Dr Sarah James, former Head of English at the University of Kent, and leading authority on medieval literature, to present a new course looking at travel in the Middle Ages. Specifically Sarah is going to introduce us to the travel associated with pilgrimage.

Although we might be familiar with at least some of the fictional stories told by Geoffrey Chaucer in The Canterbury Tales (c.1387), numerous real-life accounts of travel and pilgrimage survive from the medieval period, giving us an astonishing window into life at the time.

In the Middle Ages pilgrimage was at the heart of Christian belief, with a journey to a sacred site such as Canterbury, Lindisfarne or Salisbury, or if you could manage it, a trip to Rome, Santiago de Compostela or Jerusalem helping to purify your soul and earn you a place in heaven. But, even at the time, pilgrimage was also seen as a kind of adventure holiday, full of new sights and experiences in an age when travel was rare and often dangerous.

With Sarah we will explore some of the remarkable travellers' tales from the medieval period, some of which read like remarkably modern guide books, others like diaries complete with complaints about the food, and others like fantastical ripping yarns.

Dr Michael Paraskos, of Imperial College London, will also be on hand to talk about some of the art and architecture of the period, to help Sarah set the idea of medieval travel in a wider context. This will include its relationship to the Crusades, the impact of travel on Western culture and even the legacy of pilgrimage in modern culture - from the appearance of blancmange on our pudding menus to the revival of pilgrimage in recent years.

In this session we will explore the idea of pilgrimage and its artefacts. With so much historical pilgrimage taking place in times when records were relatively scarce, what evidence is there for the forms and meanings of pilgrimage and how can art historians and other researches fill-in the gaps?

This week we have a task for you. We are going to select three of our "favourite" saints (or least saints that interest us) and talk about their lives and identify a cult centre associated with them. This could be a major cathedral or it might be something as simple as a holy well. We would like each of you to choose one saint, tell us a little about their life and why you chose them, and also identify a cult site associated with them.

For All Hallows we have taken a slight detour. What is it about saints and vampires that makes them seem so similar? Are vampires really diabolical saints, and do they also have cult sites?

Aside from Jerusalem, Rome was the most important site for mediaeval Christian pilgrimage and in this session we will look at the rise of Rome as a pilgrimage site, accounts by travellers in the middle ages to Rome and the development of the shrine of St Peter into a template for other pilgrimage sites in the West.

Rome remained a key pilgrimage site long after the middle ages, and in this session we will look at the later creations of the architecture of pilgrimage and travellers' accounts of visits to Rome and other Italian pilgrimage sites, such as Assisi.

As we saw in week two, Jerusalem and the Holy Lands were the supreme location for Christian pilgrimage in at least the early middle ages and in this session we will think about what it meant and what it was like visiting the city in the middle ages, as well as looking at the sometimes confusing religious architecture of the city.

Pilgrimage was not simply a journey during the middle ages, it was also about joining a community - a new community to that into which a person was born. We see this in the community of story-telling travellers in Chaucer's Canterbury Tales, but the community was also there for mutual aid, safety, to share expenses such as translators and guides and to keep each other company on what could be a very long and difficult journey. In this session we will also look at what happened if you didn't want to go on pilgrimage - what were the alternatives?

It might seem a cliche to point out that religious pilgrimage is still present in the modern world, but in this session we want to conclude by thinking about the locations, meanings and artefacts that might be associated with a much broader concept of pilgrimage today - in a post-Romantic Age where we might, for example, go to the countryside or nature to find spiritual sustenance.

There is no compulsory reading for this course. 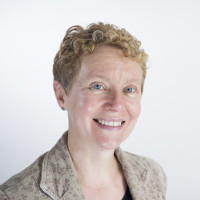 Dr Sarah James’s work is focused on medieval hagiography from c.1100-1500. Far from being timeless and aloof, saints in this period are continually being reimagined by writers in ways that perform important social, religious and political work of immediate contemporary relevance.

To understand that work Sarah explores a range of evidence, including the written lives, documentary records, and representations of the saints in material culture. Her geographical focus is wide-ranging, including both the Latin west and more recently Byzantium; the island of Cyprus in this period is of particular significance to her work at present and is likely to remain so. 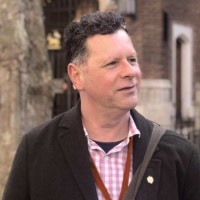 He is a writer of both fiction and non-fiction and has published very widely on art of this period, as well as reviewing exhibitions and novels for BBC Radio 4’s Front Row and The Spectator magazine. He is the Lead Convenor for Othello's Island: The Annual Conference on Medieval and Renaissance Studies held in Cyprus.