Have you always thought that silent cinema means only black and white films, no sound, and overly dramatic acting? On this 5-week course, film tutor Eleonora Sammartino invites you to join in conversation to explore cinema in the period between its emergence in the late 19th century and the transition to sound. You will find out that there is more to silent cinema than comedians running at high speed!

Each week will explore a different theme, looking at different contexts in which films were produced, distributed, and consumed from a transnational perspective. Organised as part lecture, part film club, a film or programme of shorts will be assigned each week to be watched before the class and ample time will be given to engage in conversation about it with the other students during the session. This dialogue will be accompanied by a lecture and clips from other films to contextualise the topic, also situated from a socio-historical, political, and cultural viewpoint.

At the end of this course, you will have a better understanding of the historical and aesthetic richness of silent cinema and its role in early 20th century culture.

This course is open to all, whether you have previous knowledge of film history or have never studied it before.

This programme may be subject to changes.

Week 1: Between Science and the Supernatural

Film of the week: A programme of short films

In this session, we will introduce the course, taking a look at some of its main themes and topics. We will then focus on the emergence of cinema in the late 19th century, considering the connections between this new medium, science, and the late Victorian interest in the supernatural through a series of trick films in which ghostly presences often appeared. Techniques and aesthetics used to achieve such effects will be also analysed.

This week we will focus on contexts of production between the 1900s-1910s, particularly looking at the key role that women played in the industry at this early stage. Through the case of some of the most well-known filmmakers of the period, as well as some less widely-known ones, we will look at how women in different roles, both in front and behind the camera, shaped cinema at the time. We will also analyse how both changes in the structure of industry and in the socio-political context influenced the production of films.

In this class, we will consider different contexts of consumption and look at how the spaces of the exhibition and reception could be taken up for the contestation of dominant culture. The case of the independently produced race films aimed at Black audiences will provide an example to explore this theme, with a particular focus on their circulation in cities like Chicago. The class will also briefly consider non-theatrical films from the same period, such as those made by Zora Neale Hurston, in relation to the socio-political contexts that were being interrogated at the time.

This class will examine the city symphony, a genre of film that marked the 1920s. Through various examples, including films made in Germany, the Netherlands, and France among the others, we will trace the connections between this type of non-fiction film and contemporary debates on modern life in culture and the arts. This genre will also give us the opportunity to explore the experimentation undertaken by different avant-garde movements in this period, with which many of the filmmakers had close links.

In this final session, we will focus on Nordic cinemas to explore the transnational nature of this medium by looking at the close connections and exchanges in the production, distribution, and exhibition of films in the Scandinavian region, and beyond. Examples from other films will also allow us to consider the importance of nature from stylistic and aesthetic viewpoints, often in narratives of psychological exploration.

More suggestions on material for further study will be provided each week to allow students to explore different topics of interest at their own pace. 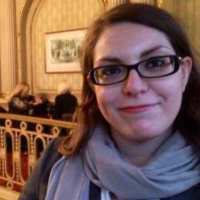 Dr Eleonora Sammartino is an experienced teacher in Film Studies. In addition to Imperial College, she has taught at undergraduate level at a variety of institutions, including King’s College London, University of Reading, and University of Greenwich. Eleonora gained her PhD in Film Studies at King’s College London in 2018, with a thesis on gender and the contemporary American film musical. She has worked for film festivals in Italy and UK and is currently part of the organising committee of FILL – Festival of Italian Literature in London, for which she has hosted film screenings.