The 2016 Festival in review

The biggest Imperial Festival yet saw thousands of visitors descend on the College’s South Kensington campus over a sunny weekend in early May for the fifth annual exploration of all things science.

Top new highlights for this year included the Transport Zone, which featured a stunning array of veteran cars recreating London’s first ever motor show 120 years ago, and Sensorium, a cross-disciplinary project bridging art and science.

Popular highlights of previous Festivals featured again this year, including the Energy and Environment Zone, where visitors had a chance to race laser tractor beams and build their own ecosystems; the Superbug Zone and the Robot Zone.

A group of London schoolchildren had a sneak preview of the festival, making jelly worms and expanding marshmallows.

Overall, the Festival saw more than 500 scientists get out of their labs and share the fun and fascination of their research with the public.

Couldn't make it to the Festival this year? Don’t worry, we filmed some of it for you. We captured the opening ceremony, spoke to researchers about how to survive a zombie apocalypse, learned how to manage an ecosystem, experienced Imperial's student creativity at its finest and watched a parade of veteran cars.

We heard from you

Visitors, staff, students and volunteers all told us what they thought of the 2016 Festival, and you can read the results in the Imperial Festival 2016 evaluation. 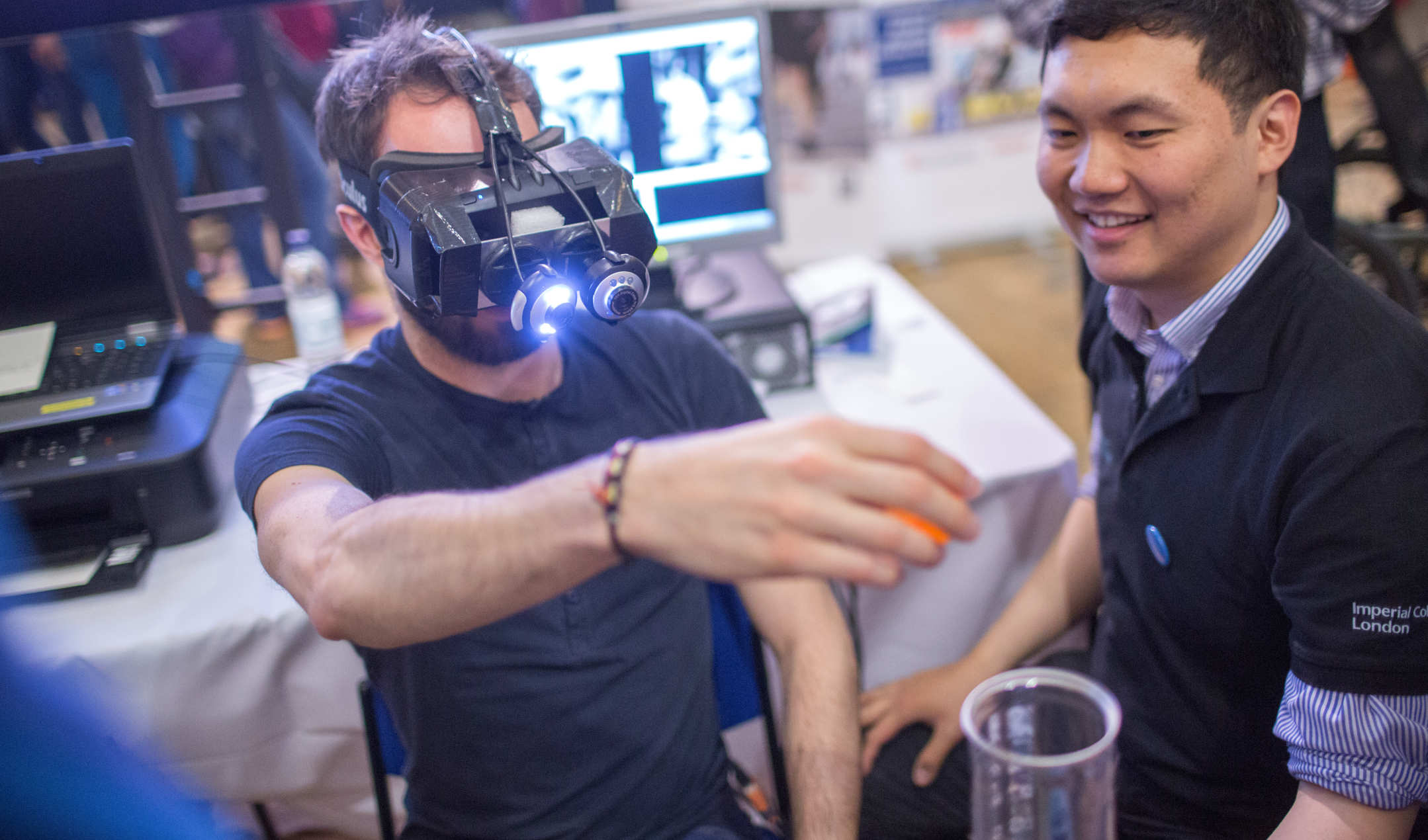 This year the popular Robot Zone returned and was bigger and better than ever. A huge net provided flying space for drones, insect-inspired robots roamed around a tunnel and robots designed to be worn on the body were on display. 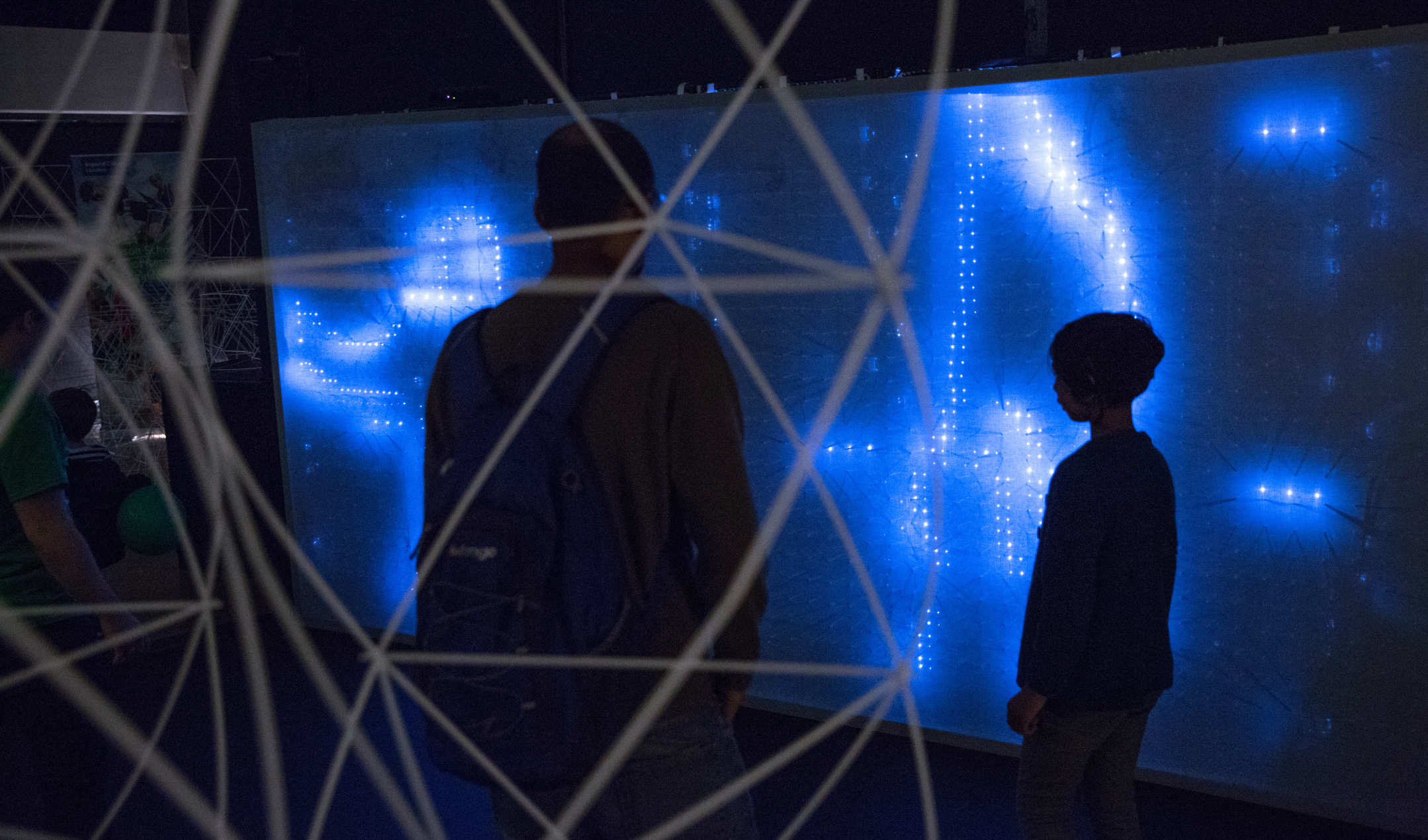 The Sensorium provided a series of sculptures and exhibits to explore how design affects our interaction with everyday items, and how it can influence our behaviour. The Sensorium was a collaboration between students studying design engineering and the Imperial College Advanced Hackspace. 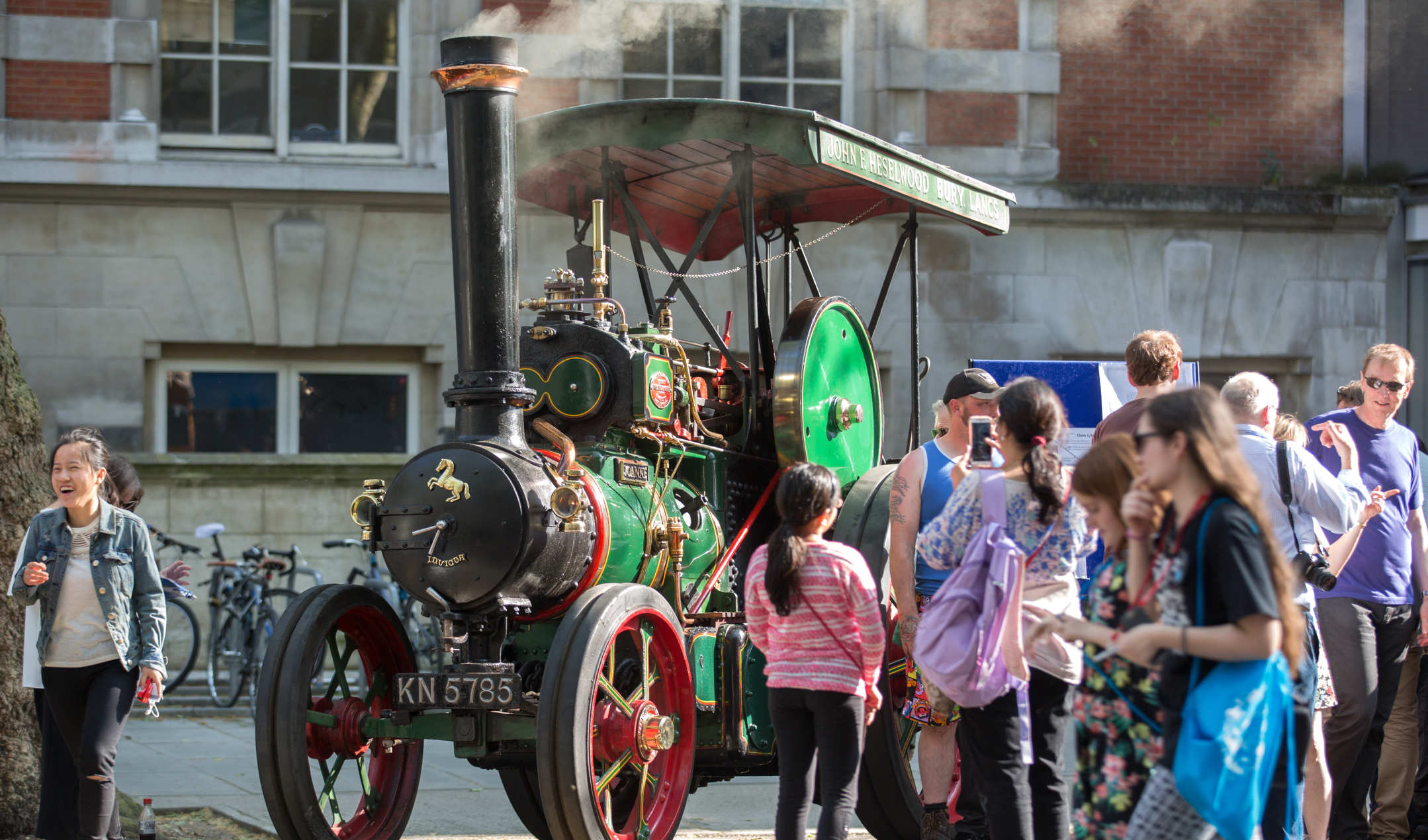 For the first time in over 50 years, Clem 1 (now called Joanne)-the College's original steam motor tractor mascot, returned to Imperial to join the current mascots and historic cars as part of the Transport Zone. 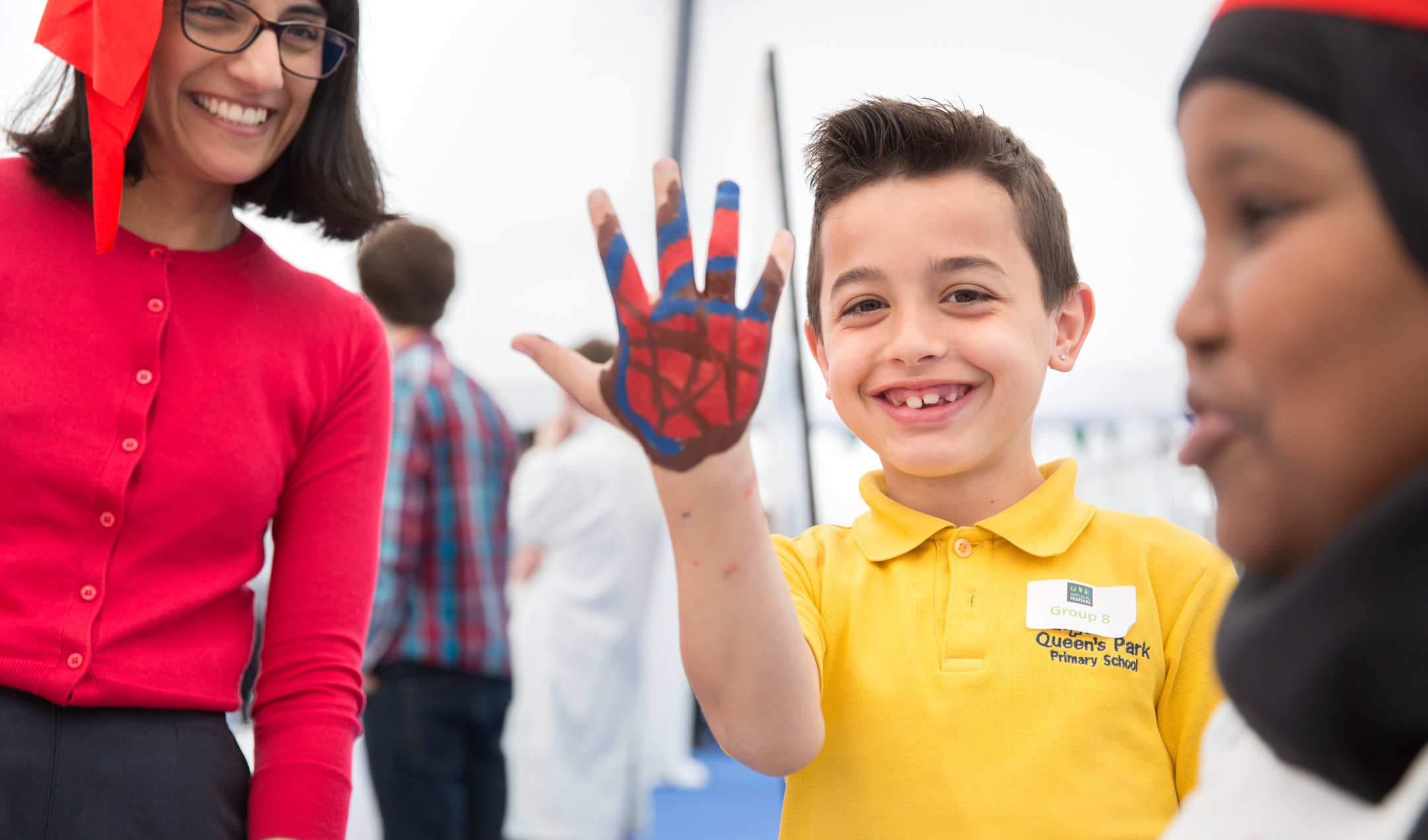 Children from five London primary schools got exclusive access to labs to carry out experiments at the Imperial Festival ahead of the weekend event. 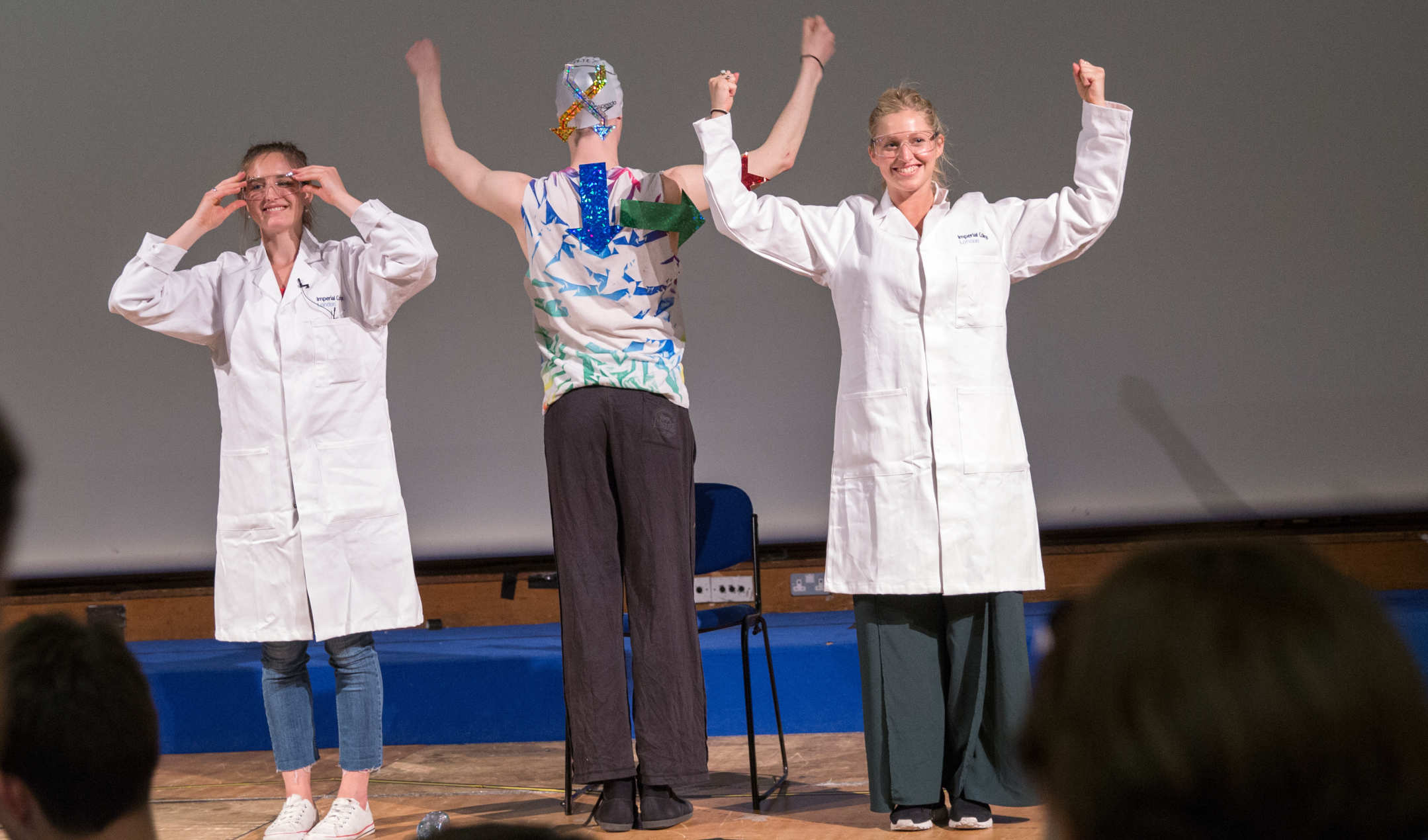 A dance performance from Combination Dance Company featured a high-energy opening sequence and a fun interactive section explaining how the brain communicates with our muscles, leading to an emotive finale illustrating the relevance of this research in the battle against motor neurone disease. 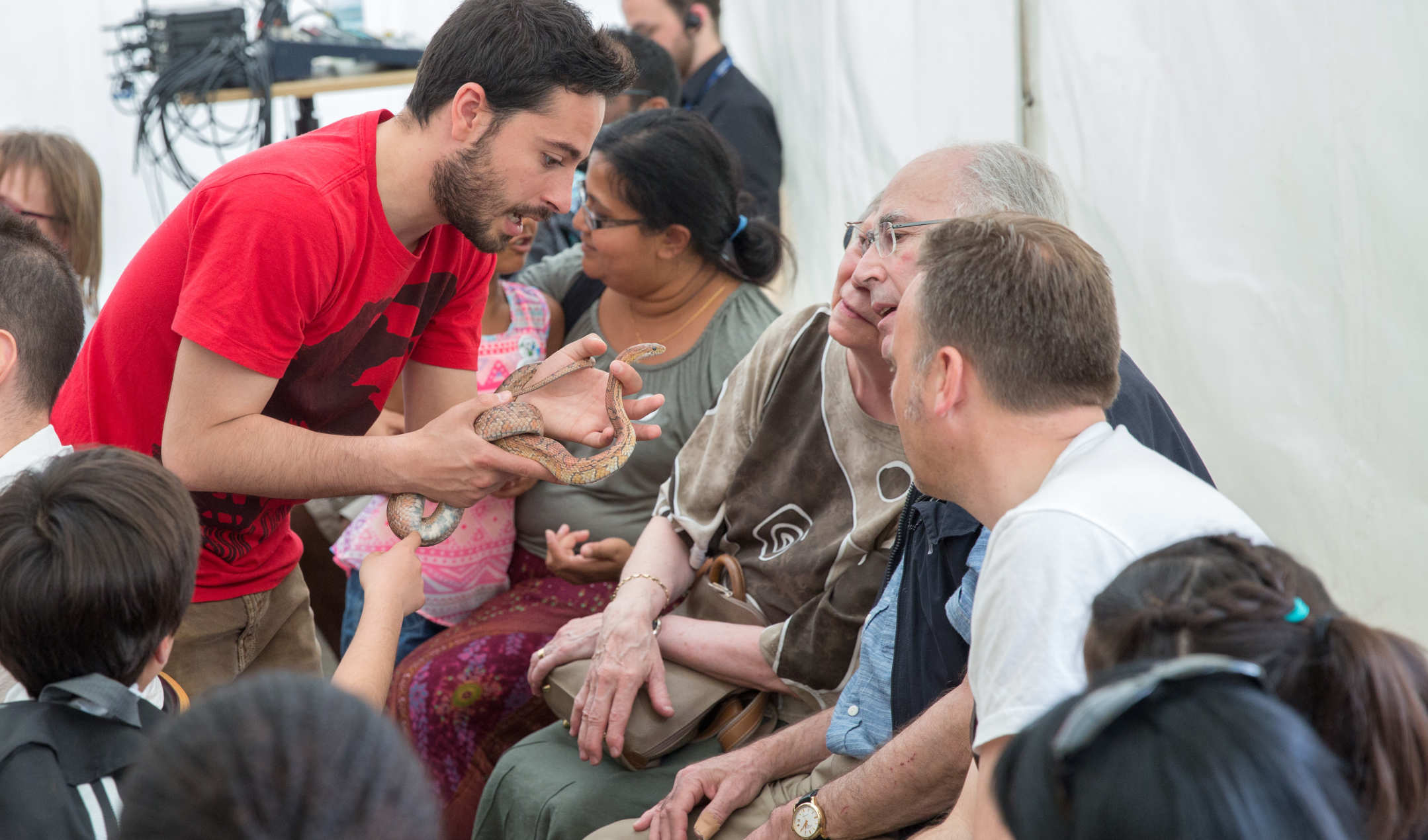 Festival goers got up close and personal with snakes and gained some fun facts about fascinating furry and scaly critters, with expert Imperial researchers and the ZooLab team – the UK’s number one animal-handling experience company. 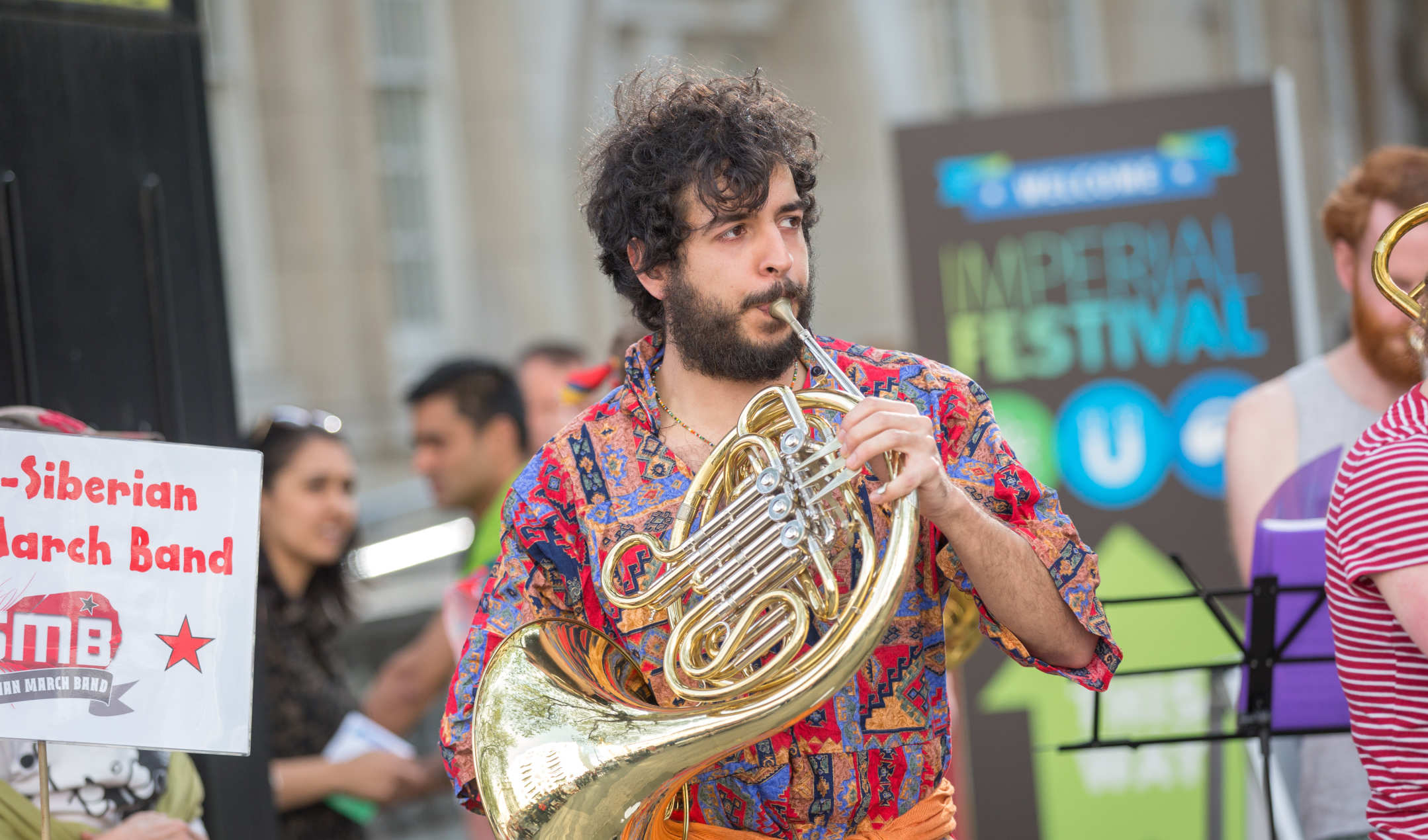 The Trans-Siberian March Band, a London-based thirteen-piece Balkan brass, entertained the crowds at this year's Festival. The group’s flamboyant, high-energy performance style has earned them an established reputation on the Balkan, burlesque and festival scene both in the UK and beyond. 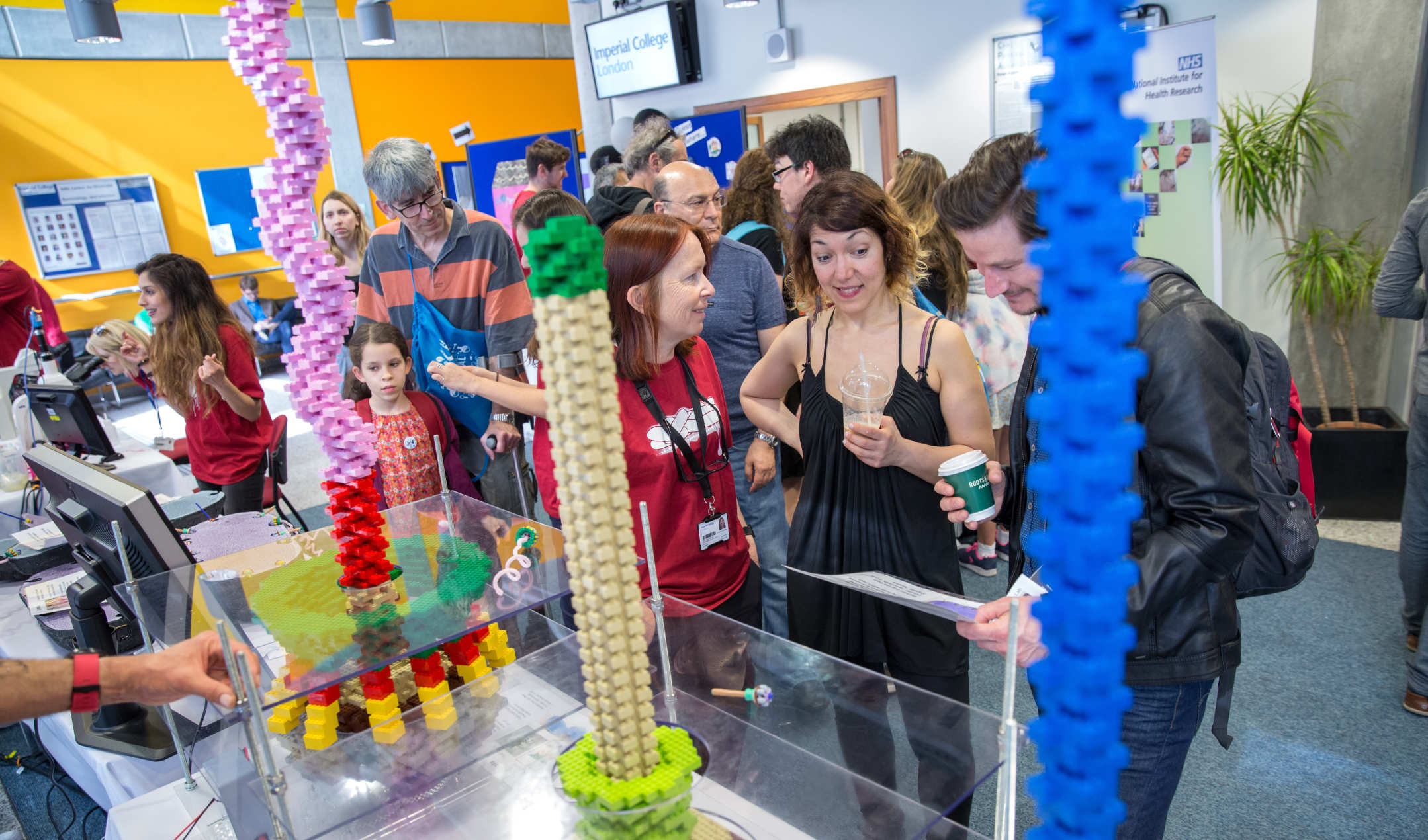 At Imperial Festival, the Superbug Zone took visitors on a journey into this world of micro-life. From ancient bacteria to toxic fungi, Festival goers got face-to-face with living things on the tiniest scales. 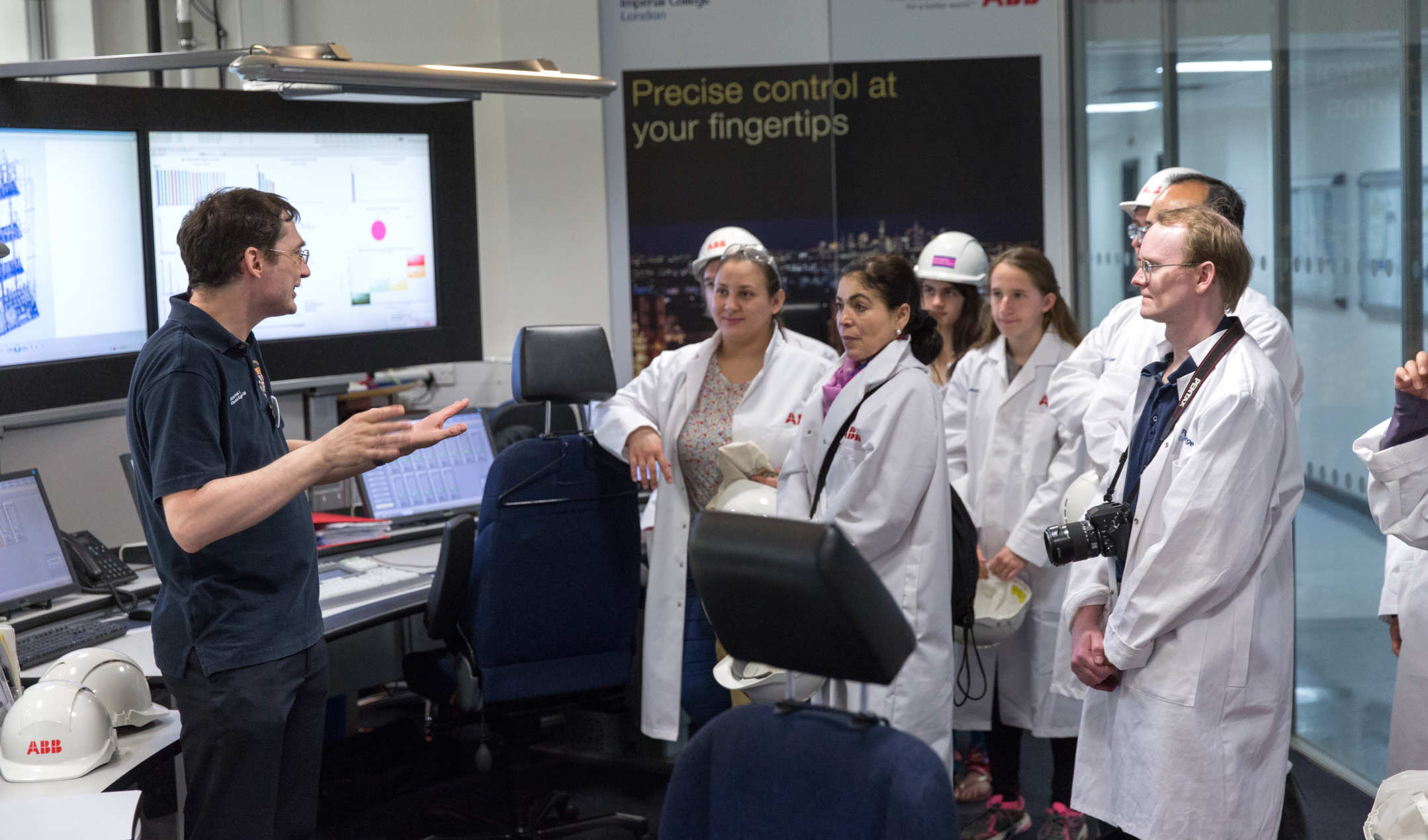 Visitors toured the campus and visited a number of labs including exploring behind the scenes at Imperial's futuristic four-storey Carbon Capture Pilot Plant, the most sophisticated of its kind in an academic institution in the world. 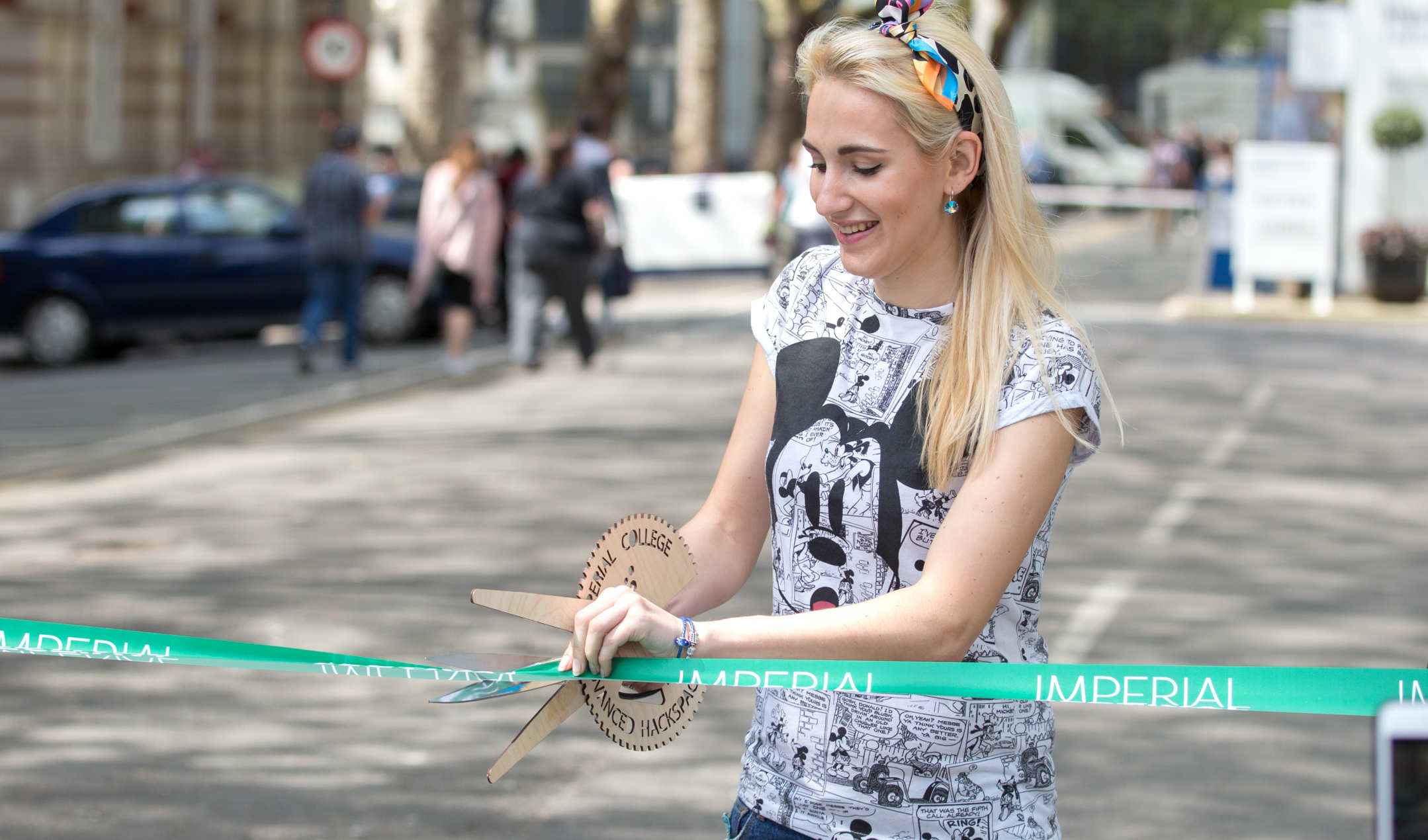 The lucky winner of our Imperial Festival 2016 competition, Stanislava Rumyantseva, formally opened this year's event at a ribbon cutting ceremony on Saturday 7 May 2016. Do you know how healthy your diet is?

Celebrating Imperial alumni around the world

Podcast: Feast on the Festival and find out why Eurovision makes countries…

Malaria research at the Imperial Festival