"I want to spread my insatiable curiosity."

Support more students with a gift to Imperial

For Benjamin Hilton (Physics with Theoretical Physics), a President’s Scholarship is giving him the freedom to follow where his curiosity leads him. 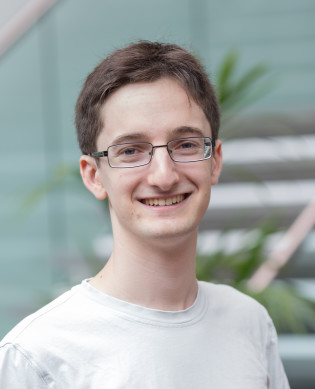 My goal for my time at Imperial is to learn as much as I can about everything that interests me – about physics from my lecturers, and everything else from friends, demonstrators the Horizons programme and Imperial societies. I want to learn to code well, to do maths better, and to spread my insatiable curiosity for all things science to as many people as I can.

I have particularly enjoyed the maths courses, which take a much more rigorous, general and in-depth view than any mathematical study I have previously done. The most interesting project I have done so far was the computer lab report on Continuum Percolation Modelling. The field of percolation modelling has applications in any area where things move through a network, such as forest fires or internet connections. The ability of computers to come to results that are almost impossible to reach practically is definitely something I will use and relish in my future career.

After graduation, I would like to use my knowledge of physics and science to improve the world as much as I possibly can. At the moment, I would like to do a PhD in biophysics, as it is a fascinating area with potentially vital applications for humanity.

My President’s Scholarship has given me the freedom to work in areas that interest me, while not having to worry quite so much about my finances. It has supported my intellectual growth by freeing my time and preventing stress.

One of the most effective things we can do with donations is support the future, and I hope that you, through funding this scholarship, have helped those whose scientific advances will change humanity for the better.