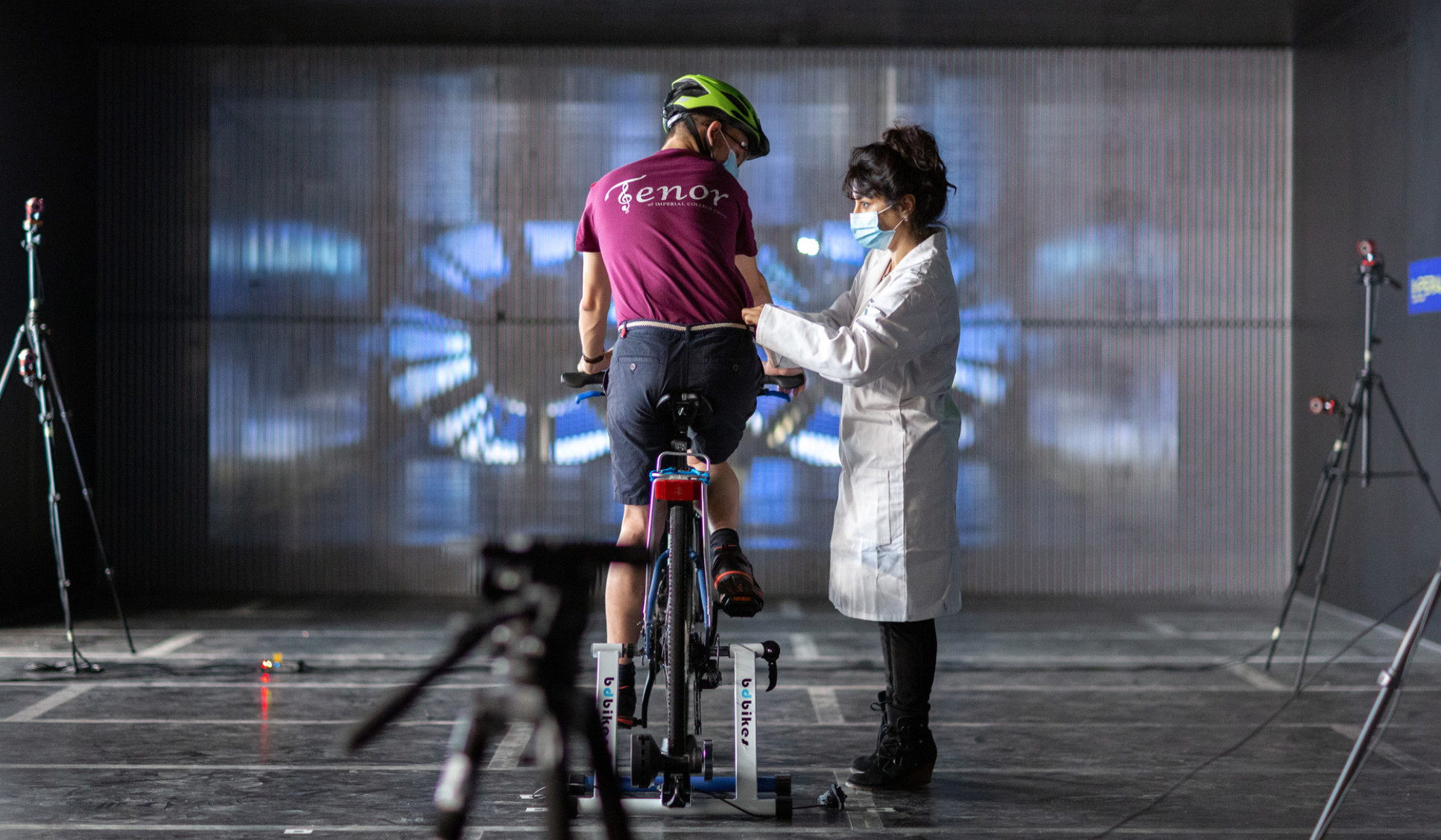 [Imperial’s 10x5 Wind Tunnel is normally a testing facility for aerodynamic development and safety evaluation of everything from road and race cars to aircraft, buildings and structures. During Summer 2020, Department of Aeronautics researchers led by Professors Denis Doorly and Spencer Sherwin were measuring the transmission risk of COVID-19 carrier particles during outdoor exercise. ©Thomas Angus / Imperial College London]

The advice of disease modelers and virologists at Imperial has shaped responses to COVID-19 at home and abroad. In the United Kingdom, the crisis catapulted experts back to the heart of strategic decision-making, with the government opening up again to peer-reviewed evidence and well-informed debate about its policy choices. This is also important for climate action.

With a foot in the door as disruption leads people to reconsider what they value, the Grantham Institute is strongly advocating for a ‘net-zero emissions’ recovery and a resilient future. The pandemic’s unfamiliar threat meant that many countries introduced untested responses, that saved lives but hurt economies, with the least well-off being hardest hit. The local and global dangers of climate change are well-enough understood that preparation now could avoid similarly negative outcomes.

We see economic support helping people through the pandemic, building a platform for recovery, and promoting future-proofed initiatives. Rather than bolstering unsustainable practices, the right investment can deliver clean, green and fair outcomes for all, and Grantham Institute research has shown that this is achievable 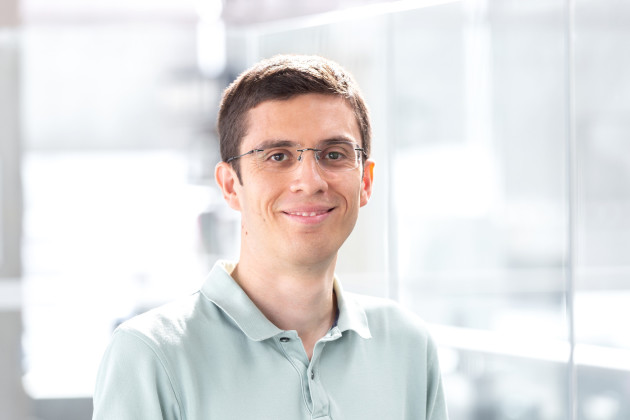 Dr Paulo Ceppi, who joined the Grantham Institute in 2018, is investigating how the climate will continue to change because of humans’ unsustainable impact on the planet. A keen outdoor walker, who misses the mountains and glaciers of his native Switzerland, Dr Ceppi thinks climate change is a fascinating, albeit risky, experiment.

“Usually we only get to see what happens when we run a model. But we’re running an experiment with the earth itself,” he says. “It’s fascinating science, but the consequences of it are all too real.” Basic physics confirms that carbon dioxide traps heat, creating a comfortable temperature for life on earth – the so-called greenhouse effect – and that as the concentration of carbon dioxide increases, so does the temperature. However, less straightforward is ‘climate sensitivity’, which is about how much the air warms when the carbon dioxide doubles.

The effect of clouds is an important part of this conundrum, and the focus of Dr Ceppi’s research. Solving the puzzle would mean better predictions and preparation for future global temperatures, weather patterns, extreme storms, heatwaves or droughts, as well as better estimations of how much additional carbon dioxide will lead to the 1.5 or 2°C of global warming that the Paris Agreement seeks to avoid.

“My group are developing new statistical methods to better understand how clouds respond to meteorological variations, such as local changes in temperature or humidity, using satellite cloud observations,” he says. “We have exciting new results under- going peer-review now, which we think allow us to substantially reduce the uncertainty in climate sensitivity.”

READ MORE: Climate sensitivity: what is it, and why is it important? 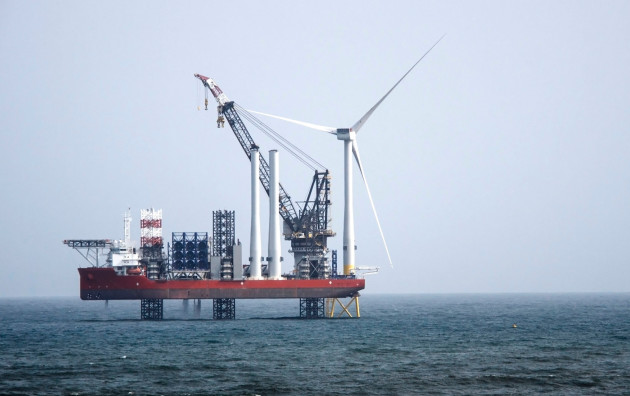 Offshore wind farms built in the UK now are likely to reduce household energy bills by producing electricity very cheaply. That is the conclusion of an analysis by an international team led by Imperial experts Dr Malte Janssen and Dr Iain Staffell. They found that the most recently approved offshore wind projects are likely to operate with ‘negative subsidies’ – effectively paying money back to the government for the work they do. When the offshore wind farms start producing power in the mid-2020s, this money will go towards reducing household energy bills.

“Offshore wind power will soon be so cheap to produce that it will undercut fossil-fuelled power stations and may be the cheapest form of energy for the UK. Energy subsidies used to push up energy bills, but within a few years cheap renewable energy will see them brought down for the first time. This is an astonishing development,” says Dr Janssen.

Looking internationally, a report led by Professor Charles Donovan, Director of Imperial’s Centre for Climate Finance and Investment, found that renewable power is outperforming fossil fuels in both United States and European markets. Publicly traded renewable power portfolios have achieved significantly higher returns for investors and shown less volatility compared to fossil fuels during the past ten years and during the COVID-19 crisis. The report, published in collaboration with the International Energy Agency, shows that despite the growing profile of renewables, total investment in clean energy is still well short of the level needed to put the world’s energy system on a sustainable path.

Commenting on the report, Professor Donovan said: “There’s real momentum gathering behind renewable power, based purely on the economic advantage. Our results show that renewable power is outperforming financially but has still not attracted sizable support from listed equity investors. Existing norms in the investment industry will have to change to provide savers and pensioners with better ways to participate in the upsides of a clean energy transition”.

The case for a green economic recovery

The choices that governments make in their COVID-19 recovery plans will shape the climate as well as economies, according to a study co-written by Grantham Institute Director of Research Dr Joeri Rogelj, who commented: “Out of this tragedy comes an opportunity, but, unless it is seized, a more polluting next decade is not excluded.”

In another study published in October 2020, Dr Rogelj and colleagues pointed out that global economic stimulus packages amounted to more than $12 trillion, but only $1.4 trillion per year would be required for investment in climate-friendly policies during the coming years to meet the goals of the Paris Agreement.

Highlighting the policies and actions required to ensure a green economic recovery, the Grantham Institute joined local authorities, NGOs and universities as signatories to The blueprint for accelerating climate action and a green recovery at the local level. This report calls on the UK government to provide local authorities with the resources and power to create jobs and reinvigorate the economy while reducing carbon emissions.

Travel restrictions imposed during the COVID-19 crisis led to temporary improvements in air quality around the world, particularly in urban areas. A cross-university study called INHALE, including work by Imperial Professors Fan Chung, Christopher Pain and Alexandra Porter, is investigating how the concentration of harmful airborne particles changed as the restrictions affected London. The findings will help to better predict how interventions, such as traffic calming measures, can affect air quality.

Meanwhile, research led by Imperial’s Dr Anthony Laverty has shown that walking and cycling may reduce deaths from heart disease and cancer. His study used census data to track individuals for 25 years and found that, compared with those who drove, people who cycled to work had a 20% lower rate of early death during that 25-year period.

Dr Laverty says: “While not everyone is able to walk or cycle to work, the government can support people to ensure that beneficial shifts in travel behaviour are sustained in the longer term. Additional benefits include better air quality, (which has improved during lockdown), and reduced carbon emissions, which is crucial to address the climate emergency.”

Grantham Institute experts have written about solutions to improve air quality in briefing papers and in blogs.

READ MORE: Tools to encourage low-carbon travel blog | Top tips to get on your bike and enjoy cycling in the city

As companies attempt to stop their resource-use and operations contributing to deforestation, PhD researcher Joss Lyons-White is investigating the impact of ‘zero deforestation’ commitments. In some highly forested countries, where agriculture is important for development and alleviating poverty, such commitments may have unintended consequences, including damage to nonforest ecosystems (such as savannahs) and negatively affect rural peoples’ livelihoods. His research points to the need for international commitments to align with national and local situations to ensure the best outcomes for people and nature.

Imperial’s Dr Audrey de Nazelle and Dr Marc Stettler are bringing together policymakers, academics and transport sector experts to discuss approaches to tackle transport-related air pollution. They will convene via a three-day workshop to discuss the latest research on potential transport solutions, and the challenges faced by policymakers in implementing solutions. They hope that this style of collaboration will ensure that future research focuses on finding answers to the most pressing issues.

Imperial will be publishing its first 5-year Sustainability Strategy by the end of 2020. The strategy, led by Professor Paul Lickiss, is expected to set a date for achieving net-zero carbon emissions together with targets across all areas of sustainability including energy, water, waste, travel and biodiversity. The strategy will be formally launched in February 2021 as part of a Sustainability Week that brings students and staff together in a series of virtual activities and community events.