Challenging the belief that engineering 'isn't for girls' 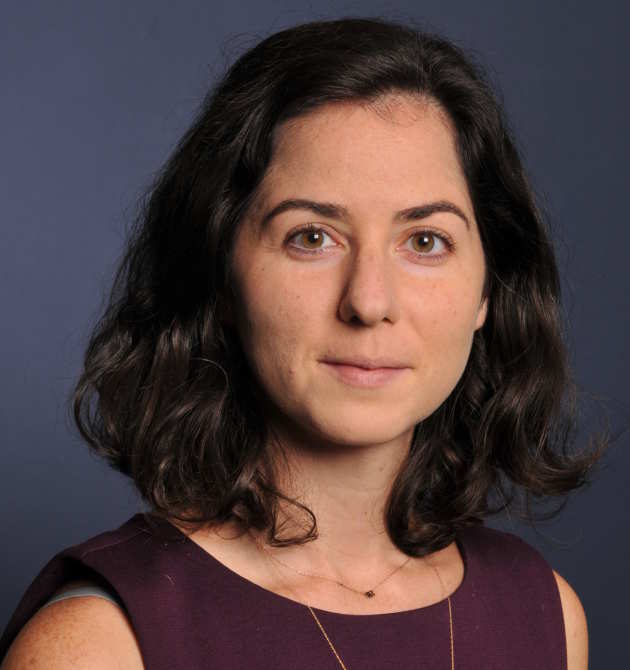 Dr Kyra Sedransk Campbell is a Royal Society-EPSRC Dorothy Hodgkin Research Fellow in the Department of Chemical Engineering at Imperial.

Kyra looks back on what sparked her interest in chemical engineering, having initially been set on a career in medicine.

She is also passionate about inspiring the next generation of female engineers, and explains more about why this work is so important to her.

"I realised that, for some reason, I believed that if you were a girl who was good at science it meant you should become a doctor...

"The challenge is how we change this narrative, because we must change it. It starts at the ground level, in the community, in schools, and at home. We need to foster the abilities of girls and encourage them to explore their strengths."

When did your interest in engineering start? 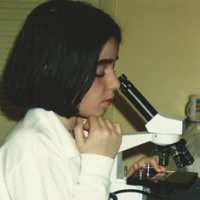 Looking back on it now, it was crystal clear that I was always going to end up working as a scientist or engineer.

I recycled paper in my parents’ basement for a school project when I was eleven and asked for a microscope for my birthday to look at the fibres.

And then there was the soil and water sampling to test for salinity/conductivity (yet another birthday present), because I was very worried about the environmental impact the salt on the roads was having on our local parks and lakes.

It has to be said that I have very patient parents, particularly my Dad, who took me out in the cold and snow of Cleveland winters to collect samples.

By the age of fourteen I was sure of my career plans; I was convinced I would be a cardiovascular surgeon.

And if that was not enough, I would run for Senate and improve the American healthcare system.

I would use my ‘insider’ knowledge and experience to make the changes that were so desperately needed – although I am not sure why I was so certain that the system would still be broken by that point.

Having been set on a medical career, why did you make the switch to chemical engineering?

At the age of eighteen I started university at MIT, still set on entering the medical profession but contemplating a non-surgical specialty and perhaps something where I could conduct medical research.

I was dreaming of an MD/PhD. Then, during my freshman year I was fortunate enough to be introduced to MIT’s Undergraduate Research Opportunities Program (UROP) in the Department of Chemical Engineering. [Find out more about UROP at Imperial].

I made a tough choice between joining a project involving field studies at a landfill (really the project was cool and I was ready to do it!) and working on chemical vapour deposition with Karen Gleason.

In the end I chose to work on Karen’s project. I was sold on the multi-disciplinary nature of it; I loved the idea of the blend of chemical engineering, chemistry, materials science, and, on that project, biological applications.

It was at that point I realised chemical engineering isn’t just one ‘thing’, and like a light switch, I flipped and never thought about being a doctor again.

You recently received The Nicklin Medal [a prestigious early careers award], in part for your work inspiring the next generation of engineers. Can you tell us why working with young people, and particularly future female engineers, is important to you?

A few years ago I started talking to girls about education and careers in STEM, and it prompted me to think about what motivated my path into a STEM subject. Moreover, why I had been so determined to become a doctor in the first place, not a scientist, engineer, or mathematician.

I realised that, for some reason, I believed that if you were a girl who was good at science it meant you should become a doctor.

And time and time again I have heard, and still hear, young girls espousing the same message: I am a girl and good at science so that means I should be a doctor.

But where has this association come from? And why can’t we change it to: I am a girl and good at science, which means that I can be a doctor, a scientist, an engineer, or anything I want to be?

The challenge is how we change this narrative, because we must change it.

It starts at the ground level, in the community, in schools, and at home.

We need to foster the abilities of girls and encourage them to explore their strengths. However, the barrier is high, particularly for showing girls that they have the potential to become engineers.

Engineering, as a discipline, has a stigma that it is a male-dominated profession, and the current statistics do not do much to dispel this myth – in the UK in 2017 just 11% of the engineering workforce was female.

Whilst the increasing number of female engineering graduates and women in the workplace are encouraging statistics, it is not enough. It is our responsibility, as female engineers, to actively increase our visibility and chip away at the unconscious bias which is resonant in our society.

Moreover, when we can, to mentor and empower girls who want to be engineers.

I credit two female mentors for doing this for me, Jane Grande-Allen and Karen Gleason, and I hope to follow their lead in doing the same for others. Equally, it is the responsibility of our male colleagues in engineering to help shatter these stigmas.