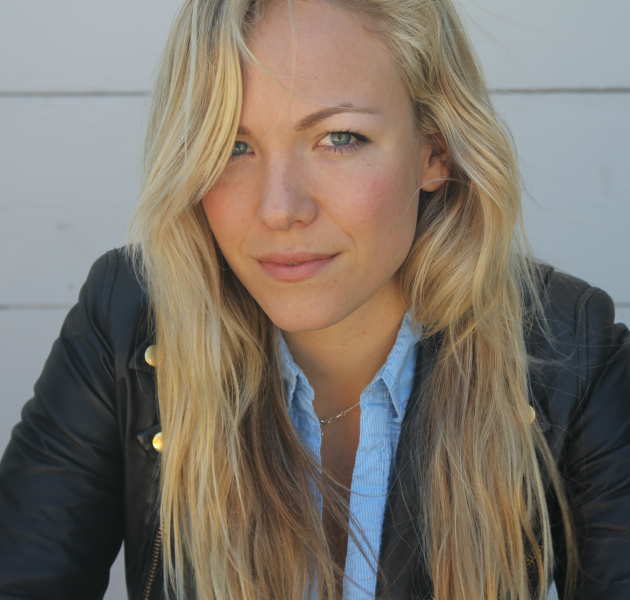 Eline Van Der Velden graduated with an MSci Physics from Imperial in 2008.

After graduation, she moved to Amsterdam and began acting professionally, eventually launching her own production company in Los Angeles.

"I’ve definitely ended up with a career that the perfect combination of my two interests - acting and science. And that’s thanks to the fact that I studied at Imperial.

It has done everything for me in my life. Being able to say you have a degree in physics from Imperial College London? That’s about as good as it gets."

What kindled your interest in science?

My Mum brought me up to love science. She’d get me these massive science books that explained all kinds of amazing things, like exploring rainbows by showing the visible light spectrum or describing what makes an egg float. I’d read those books and then do little experiments for hours on end – just the things any normal child does, like pushing a puppet down a slide 100 times over to see what would happen.

Mum also brought us up to be feminists. It never occurred to me that as a girl I couldn’t do anything that the boys did. Then I looked around my physics class aged around 13 and realised I was the only girl in the room. It was a surprise to me.

How do you see the connection between science and your passion for comedy and acting?

I moved from the Netherlands to the UK to attend performing arts school. Acting and comedy had always been a major part of my life, but I kept studying maths and physics too. To me, they are not so different. When I’m performing, I’m interested in the state of mind of my character and what makes them react in certain ways. In science, I’m interested in the state of nature, and why things react in the way that they do. It’s just about applying the same curiosity to different areas of life.

What led you to Imperial, and what path did you take after graduating?

I was lucky to have wonderful female teachers who guided and encouraged me. It was one of them who suggested I consider studying at Imperial College London. I’d never heard of it before, but by the time it came to making my final decision, it was my top choice.

Studying at Imperial has done everything for me in my life. Being able to say you have a degree in physics from Imperial College London? That’s about as good as it gets."

I did find it difficult at first, but I made friends by getting involved with the hockey team and the musical theatre society. The course was hard too, but I think anyone who studies at Imperial enjoys the challenge – that’s why they’re there. I also did a year abroad in Switzerland, and studying physics in French was a whole new experience again! In 2008 I graduated with an MSci in Physics.

After getting my MSci, I moved to Amsterdam and started acting professionally, which then led me to Los Angeles where I spent four years making videos. I had some major online hits and companies started approaching me to ask if I could make content for them. I soon saw the business opportunity and launched my own production company, Particle 6.

I now have around 10 people working with me at Particle 6 and we make both commercial and broadcast content. Much of it is for BBC Three, which aired one of our most successful shows – Miss Holland – in which I also starred. Our most popular video ever was the Gender Bias riddle and we also produce a lot of content for GCSE Bitesize.

Are there particular challenges for women in this industry?

I still find that every single day I am underestimated because I’m a woman. We’ll have people come into the offices – men and women – and they’ll ask me if my boss is strict about how we run projects. They just can’t seem to imagine that I might have started the company myself.

But I have a trump card: I can always say that I have a degree in physics from Imperial College London. Thanks to that, I don’t ever have to prove that I’m not a dumb blonde. It’s a huge weight off my shoulders.

I’m now trying to ensure that all of the work we do at Particle 6 has a science angle. We’ve got a new series coming soon for the BBC called Crazy Science, which I am presenting, in which we use comedy sketches to help explain scientific concepts. We also work with a lot of technology companies trying to help them explain the complex work they do in simple terms.

What are your top tips for explaining complex ideas clearly?