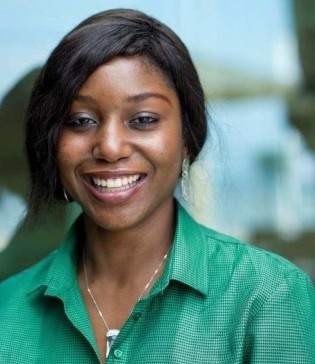 A career in the oil industry

Julya Ajulo (née Bonkat) (MSc Petroleum Engineering 2009) earnt a scholarship from the Nigerian government to be able to study at Imperial and then graduated with distinction.

She is a Lead Production Engineer at Equinor, working to optimise production from oil and gas wells in the Norwegian continental shelf.

"I chose Imperial because it is recognised and ranked as one of the best engineering universities in Europe."

Imperial and my career

I chose Imperial because it is recognised and ranked as one of the best engineering universities in Europe.

While I was there, I learnt how to work effectively under pressure, time management skills, effective team work and thinking out of the box, which have proved really useful in my career as an engineer.

I moved to Norway in 2010 after graduating from Imperial and spent four years in Trondheim, Norway.

I then worked for three years in Aberdeen in Scotland for the same company as an expatriate, where I was mainly involved in new field development planning of heavy oil.

I now work at Equinor where I am a Lead Production Engineer. I work primarily with optimising production from oil and gas wells in the Norwegian continental shelf.

Being a woman at Imperial was very challenging but overall interesting. I believe the experience was very much the same for my male colleagues.