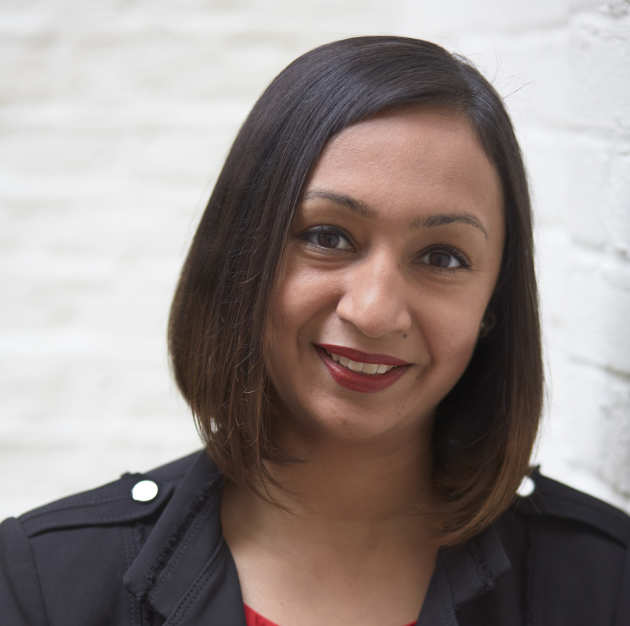 Roma Agrawal graduated from the MSc in Structural Engineering in 2005.

She is now an engineer and spent six years working on The Shard, the tallest building in Western Europe.

She is also the author of Built, a book of stories about some of the world’s most famous buildings.

"The image of engineering in the media is one of hard hats and men who fix cars and boilers. While these roles do exist, engineering is so much more."

Where did your lifelong fascination with buildings begin?

Being an engineer allows you to help people. It is creative and rewarding. We need to open people’s eyes to this incredibly diverse world."

I spent my early childhood in upstate New York and often visited Manhattan. It was a completely different landscape to the small town I grew up in, and I was fascinated.

We moved to India – again such a different place – and I spent my time playing with blocks and building stuff with my parents every weekend.

I always loved maths and science, and was lucky that I could combine all my interests by becoming a structural engineer.

What are some of the common misconceptions that people have about engineering?

The image of engineering in the media is one of hard hats and men who fix cars and boilers. While these roles do exist, engineering is so much more.

From designing spacecraft and the Mars explorer, to robotics for amputees, creating clean water, and programming games and apps for our phones, engineering touches our lives every day.

Being an engineer allows you to help people. It is creative and rewarding. We need to open people’s eyes to this incredibly diverse world.

How did you decide to write your book, Built?

I studied physics and engineering at university, but didn't learn much about the characters involved.

I most enjoyed reading about all these (often eccentric!) visionaries – from Joseph Bazalgette and Fazlur Khan to Emily Roebling. I liked understanding what inspired them and how they shattered barriers and came up with fantastic ideas.

My favourite story is that of Emily Warren Roebling, the wife of the engineer in charge of the Brooklyn Bridge. Spoiler alert! He has an accident on site and is left very ill. In the 1800s, it was unthinkable for a woman to be involved in construction, but Emily broke all precedent and ran the project for an amazing 11 years.

She not only learned the complex engineering needed to construct this pioneering structure, but acted as 'peace-maker' when dealing with labourers on site and the politicians that challenged her.

Want to find out more? Read an extract from Roma’s book Built, in which Roma talks about what it is like to be a woman working in engineering.

Hear more from our students