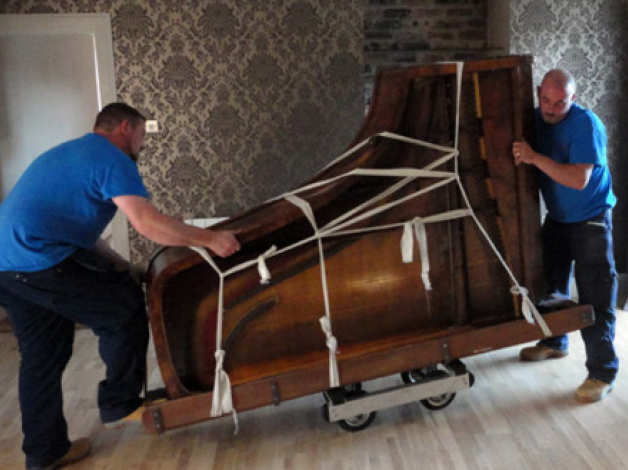 Physical assistance enabled by haptic interaction is a fundamental modus for improving motor abilities, from a parent helping to guide their child during their first steps to a therapist supporting a patient. In research carried out with Ganesh Gowrishankar, Atsushi Takagi, LI Yanan and other colleagues, we investigate how human communicate through haptic cues when e.g. moving objects together, and how robots should help humans users to carry out such tasks.

Atsushi first showed that social factors influence force perception (Scientific Reports 2016). He further demonstrated that joint reaching movements are not appropriate to study haptic communication as both partners can largely use feedforward control to carry it out (PLoS ONE 2016). By examining the behaviours of two individuals when their right hands are physically connected, we could reveal how physical interaction with a partner changes one's own motor behaviour. In particular Ganesh could show that one improves with a better and even with a worse partner (Scientific Reports 2014), which suggests advantages of interactive paradigms for sport-training and physical rehabilitation.

Furthermore, Atsushi showed through computational modelling that haptic information provided by touch and proprioception enables one to estimate the partners movement plan and use it to improve one own motor performance (Nature Human Behaviour 2017). This model was experimentally verified by embodying it in a robot partner that induced the same improvements in motor performance as a human partner.  Atsushi further elucidated how the interaction mechanics influence haptic communication (PLoS Computational Biology 2018) and illustrated the advantages of haptic communication with multiple partners (eLife 2019).

Katja Ivanova has systematically investigated the interaction with this robot partner. Human subjects cannot differentiate it to the interaction with human partners, thus the robotic partner has passed this haptic Turing Test (OJEMB2020). Testing with delayed interaction suggests that subjects model the delay to compensate for it (IEEE T Haptics 2021)

Altogether, these results provide important new insights into the neural mechanism of physical interactions in humans, and promise versatile collaborative robot systems for human-like assistance. With Li Yanan, we are currently developing a game theory framework for human-human and human-robot interaction (PLoS ONE 2012, Nature Machine Intelligence 2019).