Prospective students considering applying to Imperial should visit the College pages for information on scholarships and bursaries available to students via the College.

In addition to College support, the Department is honoured to support undergraduate study through the following scholarships:

The Doris Chen Scholarship has been established through the generous support of the husband of the late and esteemed mathematician, Dr Doris Chen. Mr Shou-Lum Chen CBE is an alumnus and Honorary Fellow of Imperial. Their son, Professor William Chen, is a double-graduate of Imperial’s Department of Mathematics and is a former member of its academic staff.

Since 2014 all prospective undergraduate students that the Department believe have the potential to be accepted onto a course will be invited to take a new entrance exam, which has been developed in collaboration with Imperial’s peers at the University of Oxford. The Department will therefore use the entrance exam together with the candidates’ predicted grades to determine the best candidate who is in financial need, and they shall be awarded the Doris Chen Undergraduate Scholarship.

The most recent Undergraduate Doris Chen Scholarship was available for a student starting in the academic year 2017-2018.

This scholarship was made possible by a generous legacy gift from Marjorie McDermott, an alumna of Imperial’s Department of Mathematics.  She graduated with a BSc in Mathematics in 1951 and then completed a DIC (MSc) in 1952. The Department also make an annual contribution to fund the scholarships.

The Department aims to use the Marjorie McDermott’s scholarship to promote our women scholars as well as Imperial College’s commitments to Equality, Diversity, and Inclusivity. Recipients of the scholarship are awarded £1000 during each of their second and third years. Recipients who continue into an MSci, MRes, or MSc degree offered by the Department will be awarded £7,500 in two instalments during their masters study.

Currently applications to this scholarship are open only to Year 2 women in Imperial’s undergraduate mathematics programme, we hope to open up other routes to this in the near future.

Donating to the College to support our students

If you would like to consider supporting the students in the Department through prizes or scholarships, please contact the  College Development Team or the Mathematics Undergraduate Office.

Important information that you need to be aware of both prior to becoming a student, and during your studies at Imperial College: 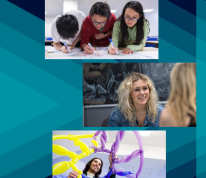 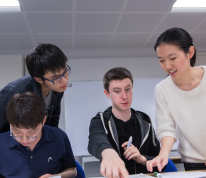