What is antimicrobial resistance?

Antimicrobial resistance (AMR) occurs when bacteria find a way to stop drugs, such as antibiotics working on them. This means the infection can’t be treated using standard medicine and that other, stronger drugs need to be given. These drugs, sometimes referred to as drug of last resort, are often quite toxic and may have significant side effects. Some bacteria are resistant to more than one drug and to drugs of last resort which can make them especially hard or even impossible to treat. These are known as multidrug-resistant organisms (MDROs). It is possible that in the future there will be bacteria that are resistant to all the existing drugs and can’t be treated at all.

Why should I care about antimicrobial resistance?

Modern medicine relies on drugs like antibiotics. Treatments such as organ transplants, chemotherapy and surgery, which we now take for granted rely on having drugs that can keep infection at bay. If we can’t prevent and treat infections using antimicrobial drugs then we will be back to a point where routine surgery risks life-threatening infection. In addition to making much of modern medicine impossible, a world without working antibiotics is one in which diseases such as tuberculosis, which have been all but eradicated by antibiotics, will become untreatable.

Antimicrobial resistance is a natural process caused by microorganisms like bacteria responding to their environment. They do this by changing their genetic make-up in a number of ways to stop the drug affecting them. Bacteria that successfully do this can pass this resistance on as the microorganisms grow and replicate. Bacteria, in particular, can also share their ability to resist drugs with other bacteria, including those of different species, by sharing their DNA.

Since resistance is a natural process, it cannot be prevented completely. However, ensuring proper use of antibiotics and taking other actions to reduce resistance can ensure that resistance it does not reach levels where it threatens health.

Can you stop antibiotic resistance happening?

We can’t stop bugs becoming resistant to antibiotics, but we can slow the process down enough for us to develop new drugs, or to allow older drugs to become effective again. Everyone, from doctors and nurses to you and your family, has a part to play:

Researchers are working hard to develop new antibiotics, but that isn’t enough to solve the problem. Over time bugs will become resistant to the new drugs too. The government is working hard to put financial incentives in place to encourage more drug development, but t the moment, bacteria are becoming resistant faster than we can develop new drugs to treat them. The only solution is to slow down the rate at which bugs become resistant. This means we all have to be more careful about preventing the spread of infection and making sure we take medicines properly

Antimicrobials are medicines that treat all sorts of infections. This includes antibiotics like penicillin and also drugs to treat fungal infections and parasites. Antibiotics specifically kill bacteria. Antibiotic resistance is the biggest problem faced by healthcare at the moment, but antifungal and anti-parasitic resistance is a problem too. The solution for all three problems is the same – better hand hygiene and more careful use of medicines.

How does antimicrobial resistance affect me?

Modern medicine relies on drugs like antibiotics. Treatments such as organ transplants, chemotherapy and surgery rely on having drugs that can keep infection at bay. If we can’t prevent and treat infections using antimicrobial drugs then we will be back to a point where routine surgery risks life-threatening infection.

If antibiotics become ineffective, currently treatable infections may become life-threatening again. Diseases such as tuberculosis, which have been all but eradicated by antibiotics, will become untreatable. The more bugs become resistant, the more chance there is that you or your family will catch an infection that can’t be treated be that a chest infection or Septicemia (blood poisoning) through a cut finger. At best resistant bacteria will take longer to treat, leaving you more ill for longer.

How bad is the antimicrobial resistance situation?

As things stand, the situation is very serious. The government report 'Ensuring access to working antimicrobials' concluded that: "... antimicrobial resistance has the potential to send medicine back to the early 20th century, severely limiting the use of what are now considered basic and routine surgical procedures". And it doesn’t just affect humans - AMR is already having a huge impact on farming as it becomes harder to treat infections in plants and animals. The situation is so serious that the CMO report recommended that antimicrobial resistance is added to the National Risk Register.

In Europe, more than half of the reported cases of E.Coli in 2013 were resistant to at least one group of antimicrobials. Rates of MRSA range from 0.4% in the Netherlands to 26% in Cyprus. The situation is thought to be even worse in other parts of the world but we do not have enough data to be sure. As a result, the Sixty-seventh World Health Assembly adopted a resolution on resistance in 2014, urging member states to strengthen drug management systems, to support research to extend the lifespan of existing drugs and to encourage the development of new diagnostics and treatment options. The WHO is currently developing a draft global action plan to combat resistance to antimicrobial agents, including antibiotics, for presentation to the next World Health Assembly for approval in 2015.

But it isn’t all doom and gloom, and we are working hard on new antimicrobial drugs. By practising good hygiene and being careful about how we use medicines we can make it less likely that bacteria will become resistant in the future.

What is being done about antimicrobial resistance?

We are tackling AMR in a number of ways.

What are healthcare associated infections?

Healthcare-Associated Infections (HCAIs) are any infections that develop as a direct result of contact with the healthcare system, which includes hospitals, GP surgeries and care homes, which were not present before. HCAIs affect both patients and healthcare workers.

The most common HCAIs are bladder or kidney infections, usually following the insertion of a catheter or a tube to help drain urine. Pneumonia can also be an HCAI when it happens in the Intensive Care Unit as a result of a patient being on a life-support machine. Surgical wound infections following major surgery are classed as healthcare-associated infections, as are device-related infections which happen because an intravascular device ('drip') is used and acts as an entry point for infection.

You may have heard of some HCAIs, such as Methicillin-resistant Staphylococcus aureus (MRSA), the so-called “superbug”, clostridium difficile, or norovirus. All of these are classed as HCAIs when caught in a healthcare setting.

What is c. diff (clostridium difficile)?

Clostridium difficile or c. diff is a type of bacterial infection that affects the digestive system. Symptoms can include diarrhoea, fever and abdominal cramps. In serious cases, it can lead to life-threatening complications such as severe swelling due to a build-up of gas in the bowels. Severe cases can be fatal, especially when they occur in people who are already ill.

The majority of C. difficile cases occur in people who have had antibiotics. This is because taking antibiotics can kill the friendly bacteria in the gut that normally prevent C. difficile from multiplying and releasing toxins that damage the stomach lining.  This may be in a healthcare setting, such as a hospital or care home, but can also occur at home without ever going to the hospital.

Why do healthcare associated infections happen?

Infections have always been a side effect of medical treatment, especially in hospitals. They can happen for a number of reasons.

Treatments like organ transplants rely on weakening the body’s immune system to stop the new organ being rejected. This makes people more likely to get an infection. Medical devices like drips and ventilators can also provide an entry point for infection if they are not looked after properly.

Antibiotics themselves can also cause HCAIs- taking them can upset the ‘good’ bacteria that live in your gut, which allows resistant bacteria to multiply and cause illness. The majority of people who catch C. difficile have recently been treated with antibiotics.

The biggest spreader of HCAIs is however still poor hygiene from patients themselves, visitors and healthcare workers .This is made worse by overcrowded wards and increased patient movement between hospitals. Always make sure that you wash your hands or use hand gel when you visit the doctor or hospital and don’t be afraid to ask whether your doctor has done the same.

How do I protect myself from healthcare associated infections?

There are simple steps you can take to protect yourself and others from HCAIs:

What is being done to combat healthcare associated infections?

The government has produced guidance on preventing HCAIs. This includes a standard set of infection control procedures that all healthcare workers must follow. Hospitals must also have monitoring (surveillance programmes) to see how well the control measures are working and identify any problems quickly. The government requires hospitals to report their levels of HCAI and in 2004 set a target to reduce HCAIS. Since the introduction of these targets to reduce MRSA and C. difficile, the Department has spent some £120 million on central initiatives tackling healthcare associated infections has been successful in reducing MRSA bloodstream and C. difficile infections.

The NHS estimates that it spends £1 billion a year combatting HCAIs and that about one-third of healthcare-associated infections can be prevented. The most important thing that any healthcare worker can do is practice good hand hygiene. Make sure that your doctor or nurse washes their hands or uses hand gel immediately before and after they see you.

What is a 'superbug'?

So-called ‘superbugs’ like Methicillin-resistant Staphylococcus aureus (MRSA) are bugs that are resistant to more than one antimicrobial drug. These bugs are very difficult to treat and so we have to work hard to prevent people becoming infected.

Who do healthcare associated infections affect?

HCAIs can affect anyone who comes into contact with the healthcare system (hospitals, GP Surgeries, care homes), either through visiting a hospital, or GP surgery, or through healthcare workers visiting them at home. Of every 100 hospitalised patients at any given time, seven will acquire at least one HCAI. The elderly, children and people who are already ill are most at risk. Approximately 30% of patients in intensive care units (ICU) are affected by at least one health care-associated infection. 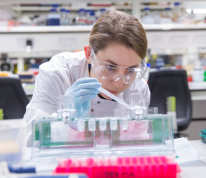