The Engineered Medicines Laboratory (EML) is a unique collaboration between the global healthcare company GlaxoSmithKline (GSK) and Imperial College that aims to develop transformative advances in the discovery, development and manufacturing of future medicines. The lab will do so by harnessing the healing mechanisms in our body to deliver new targeted therapies.

This is a unique and bold industry-academia partnership, combining for the first time the diverse skills of engineers, medics and life scientists

President of R&D at GSK

The objective of the EML is to define, and reduce to practice, experiments that can use an engineering thought process to better understand biological matters. With this in mind, the scientific teams assembled are at their heart cross-disciplinary, bringing together engineers, material scientists, physiologists, physicists, pharmacologists and clinicians to design rationally engineered solutions to critical medical problems.

The EML will draw on the expertise of researchers from Imperial’s Faculties of Engineering and Medicine and GSK’s Advanced Manufacturing Team. The projects themselves are co-headed by a GSK scientist and an Imperial Project Investigator.Delivering Better Therapies With Cell Power

The collaboration commenced with a three-year start-up phase that sees researchers initially focussing on three major projects. They are:

The laboratory’s projects mark the first convergence of a medical faculty in the UK with engineering-led solutions. For GSK the partnership represents the potential to catalyse transformational advances in the discovery, development and manufacture of future medicines. For Imperial, it represents yet another opportunity to deliver the cutting-edge research of the institute to an ever-larger section of society.

In-depth information about the partnerships and project is available on the Engineered Medicines Laboratory website. 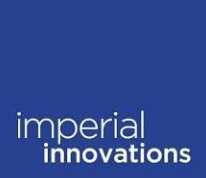 GSK
Our main corporate partner in this initiative
Print Email