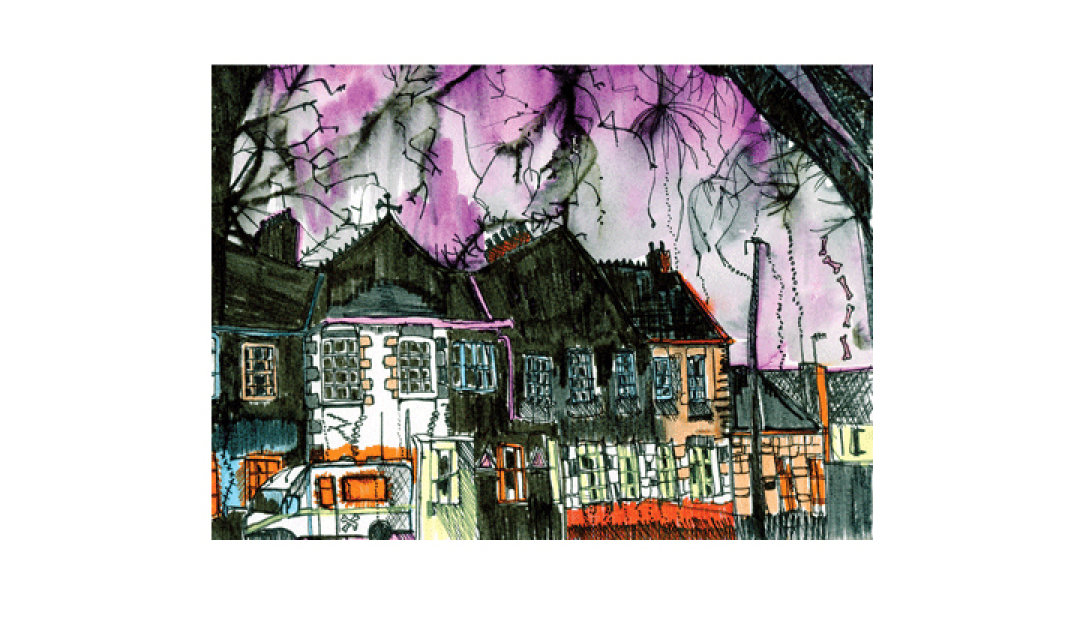 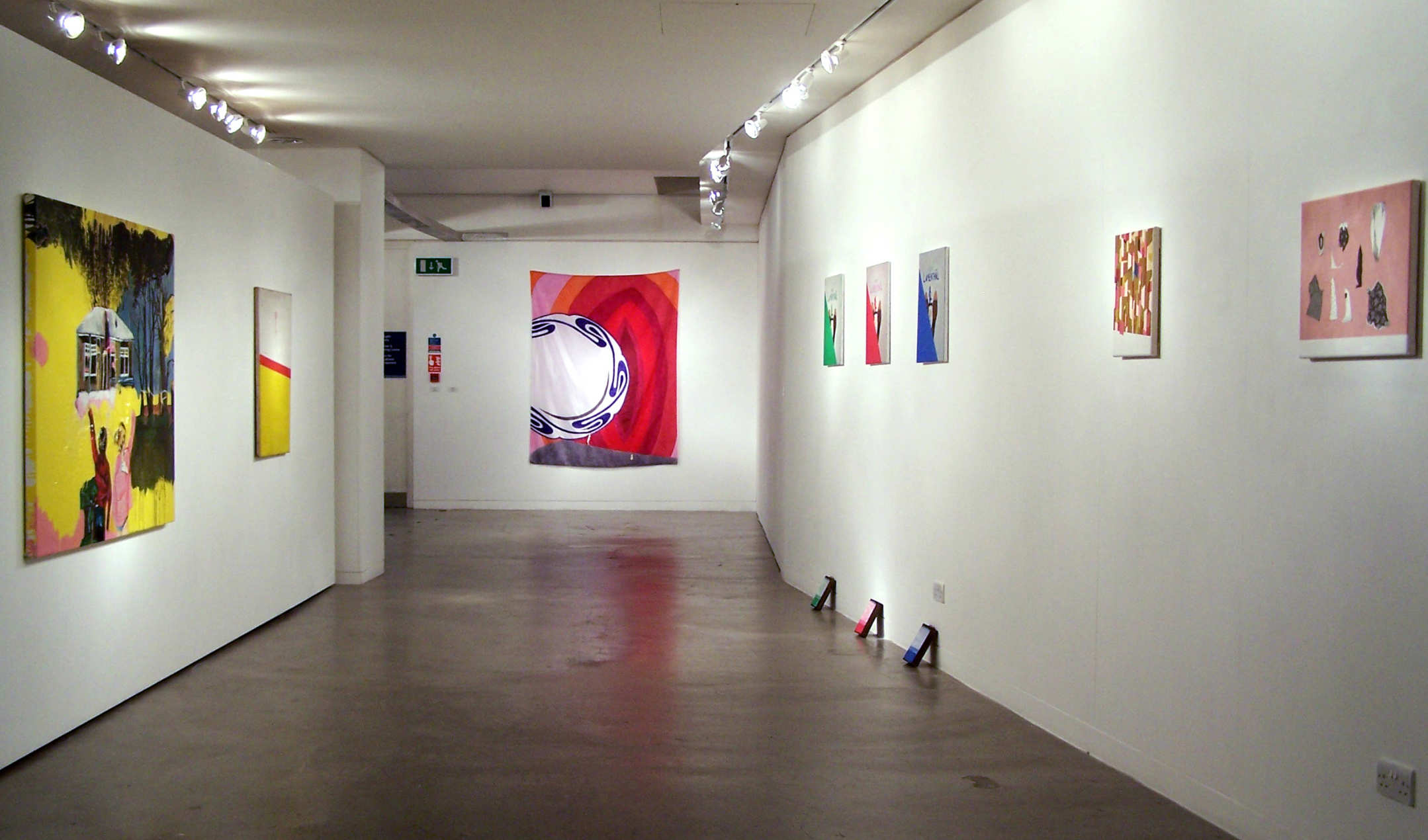 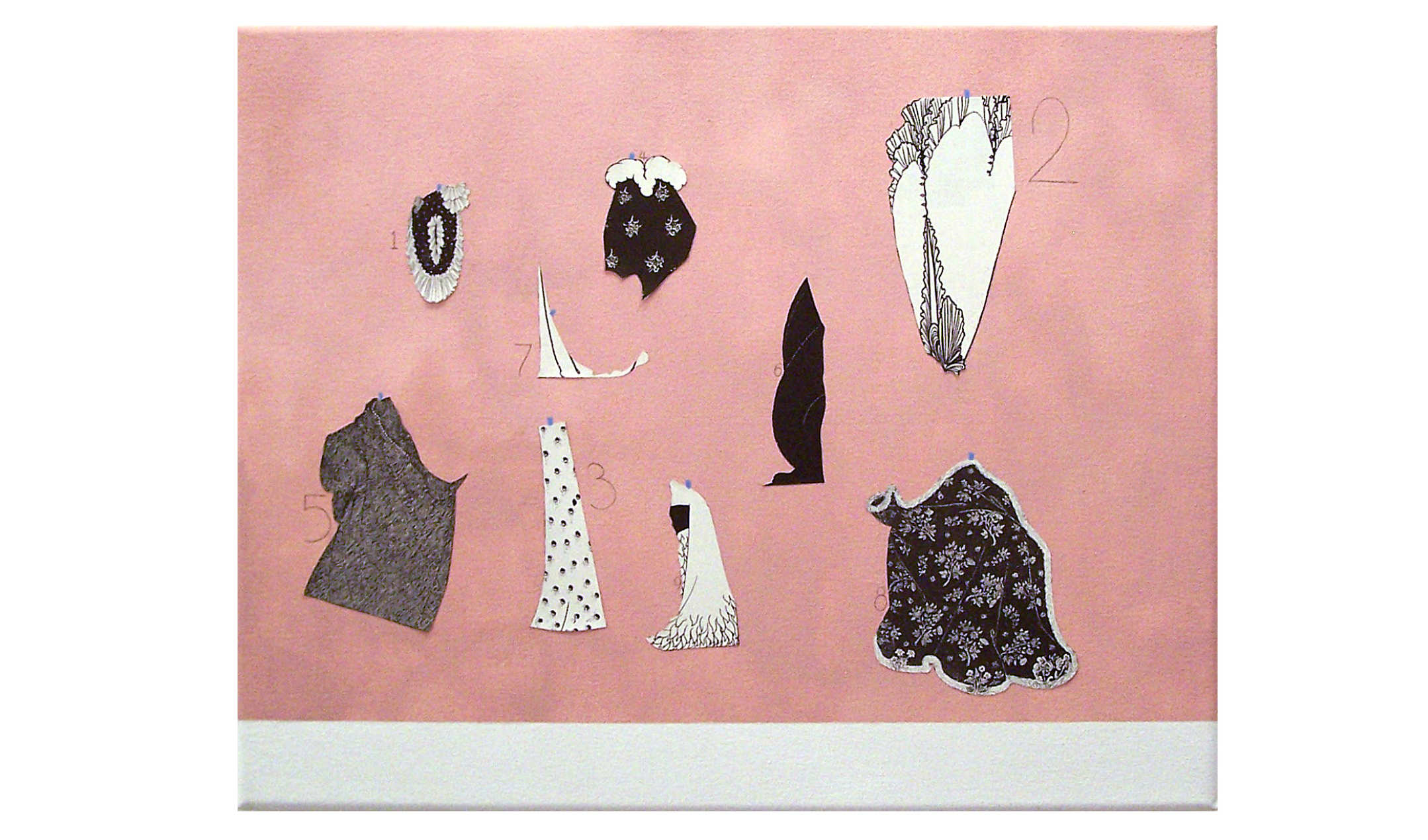 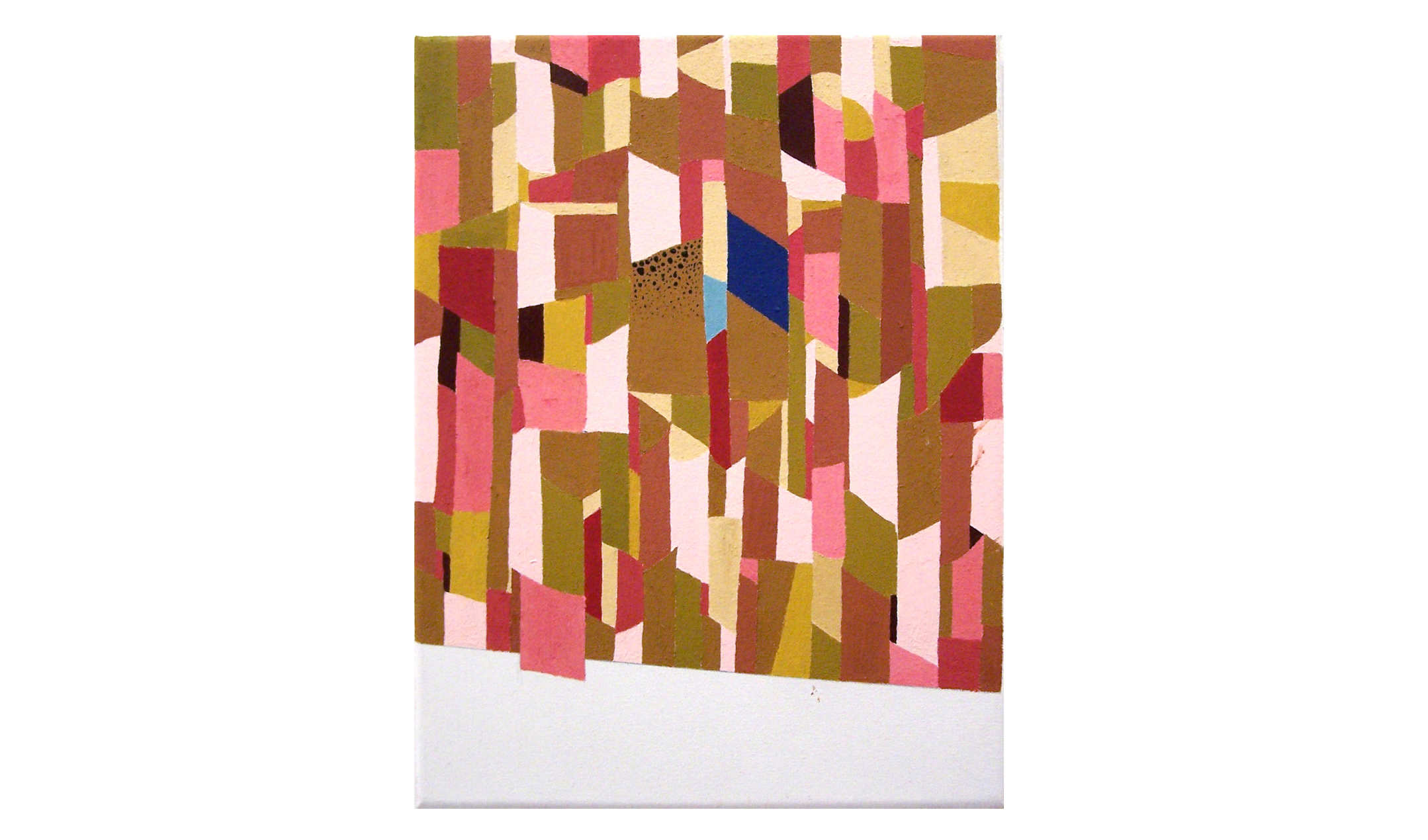 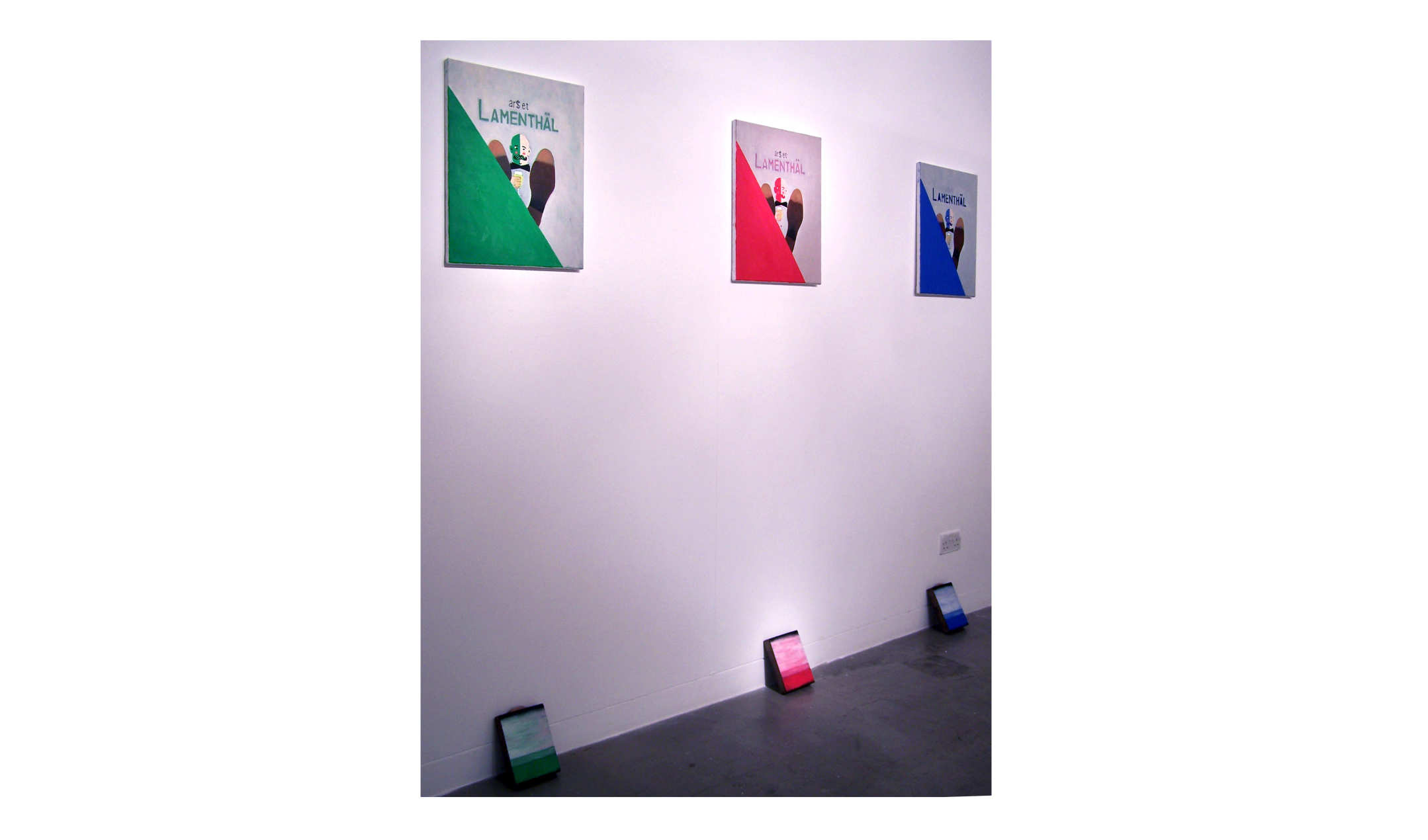 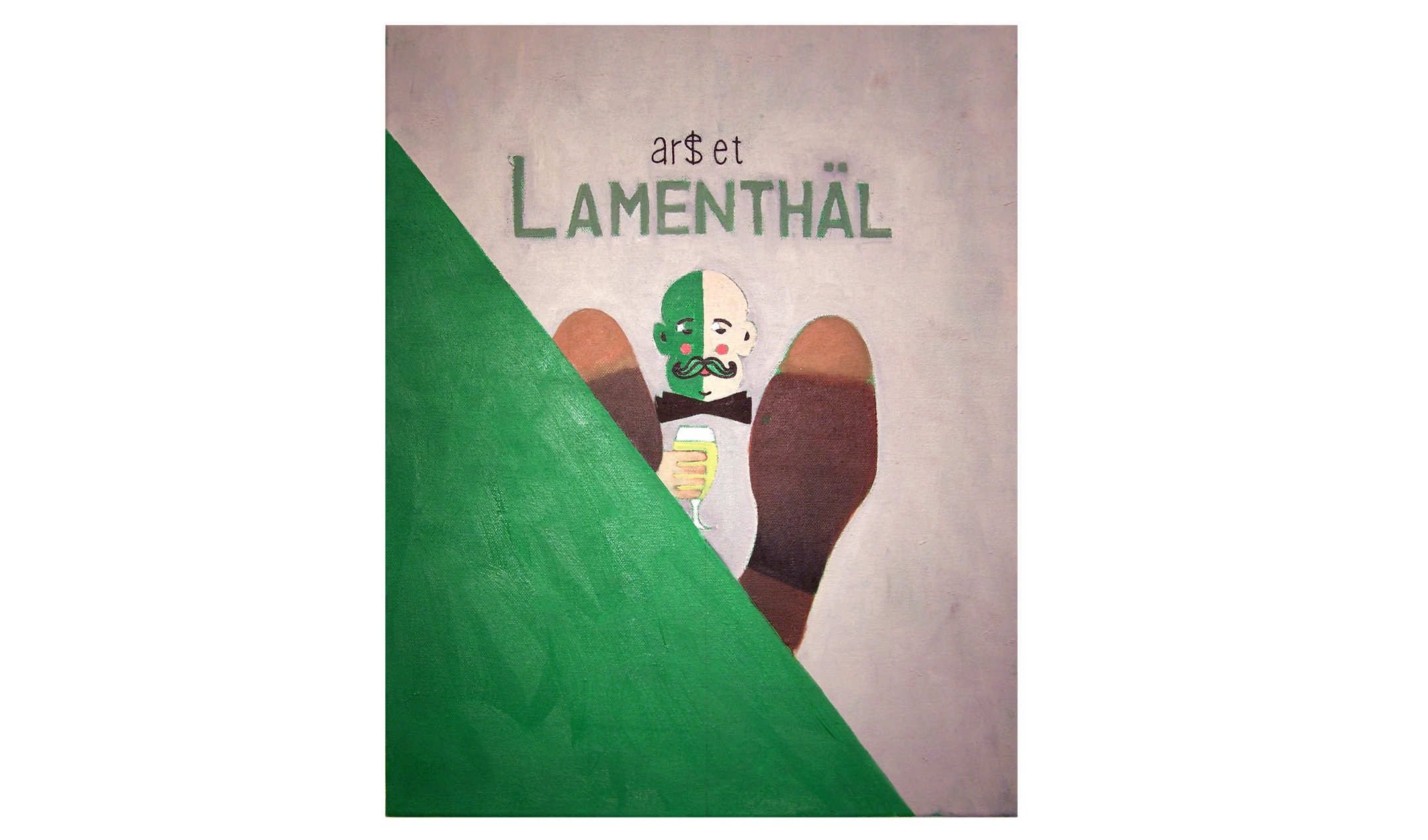 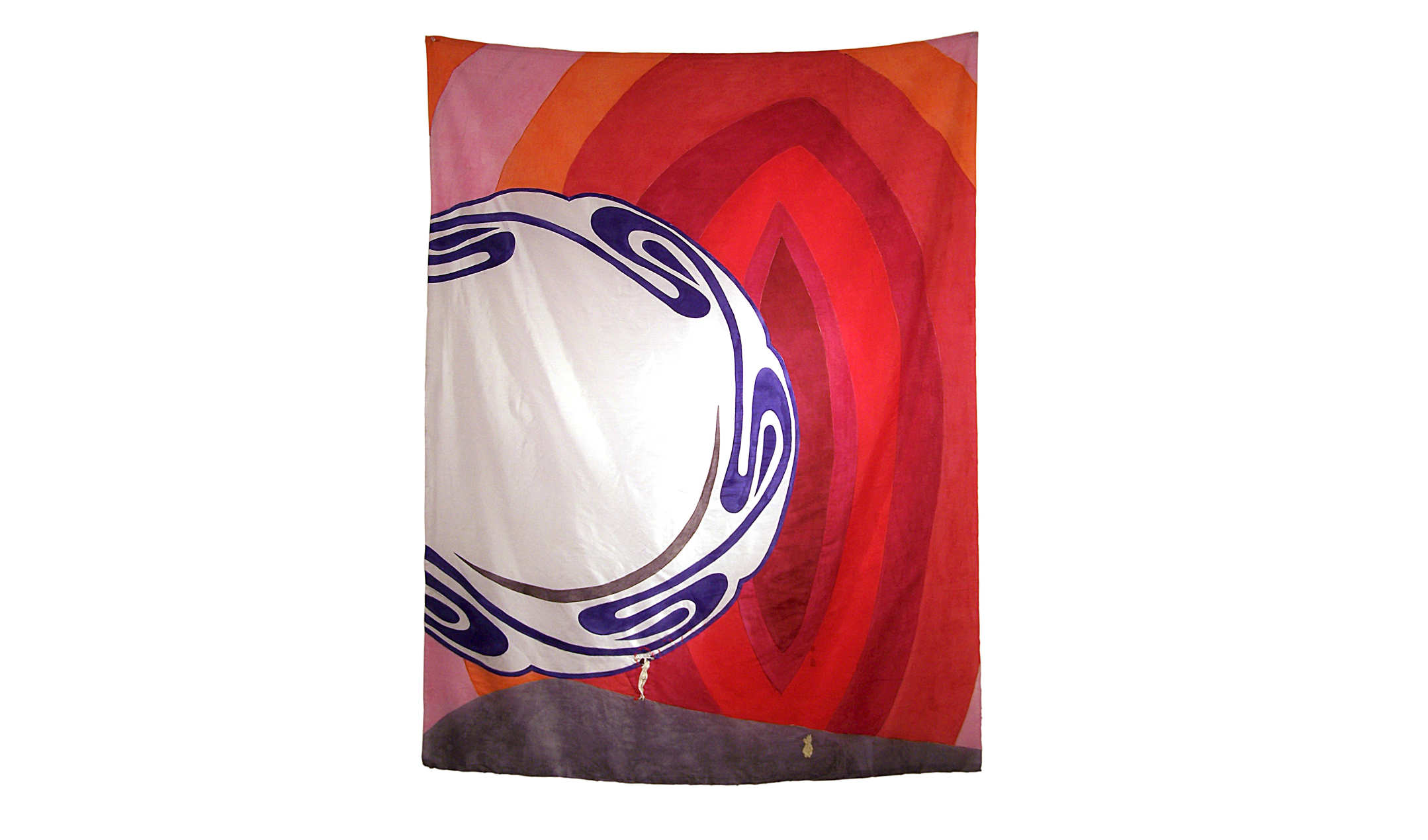 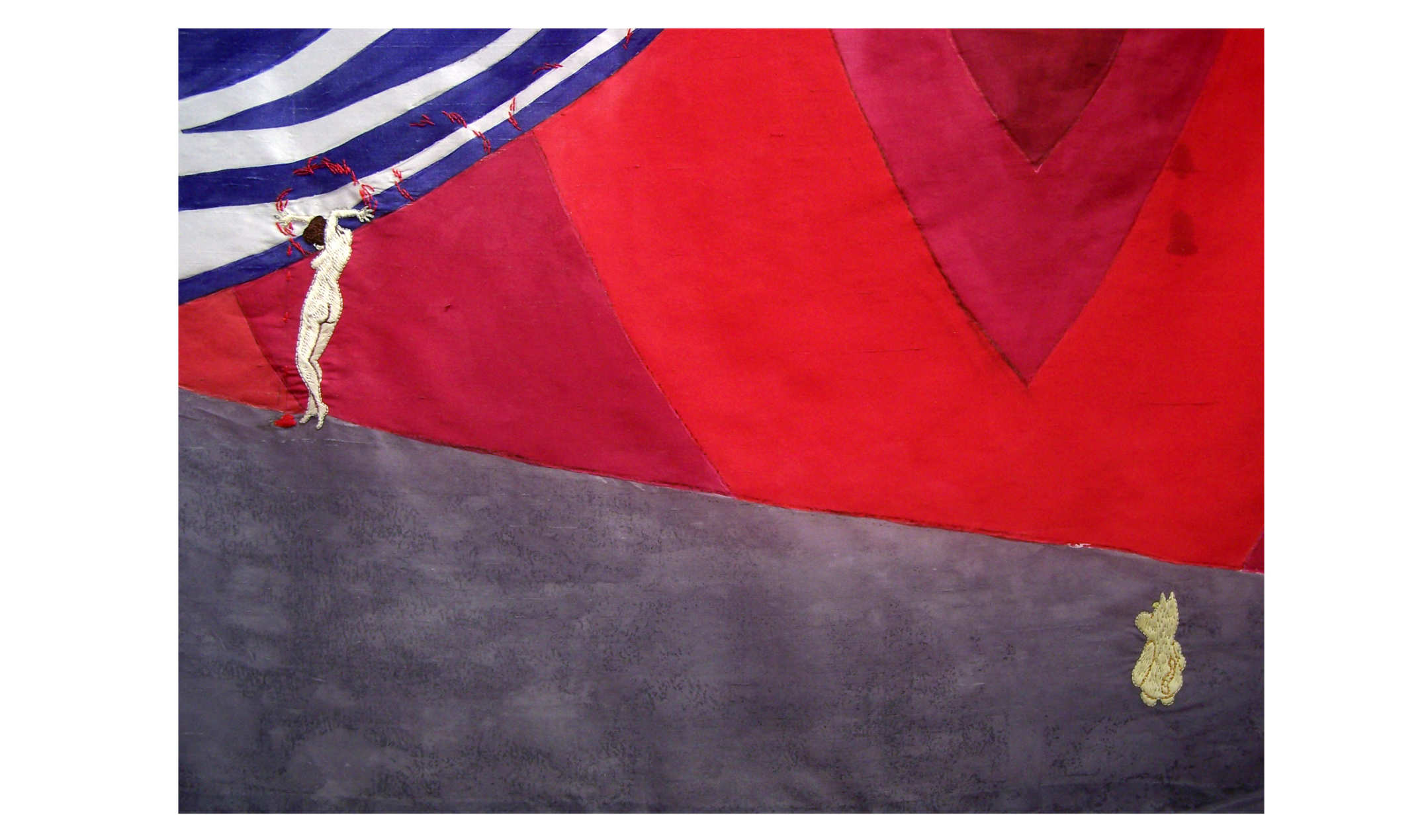 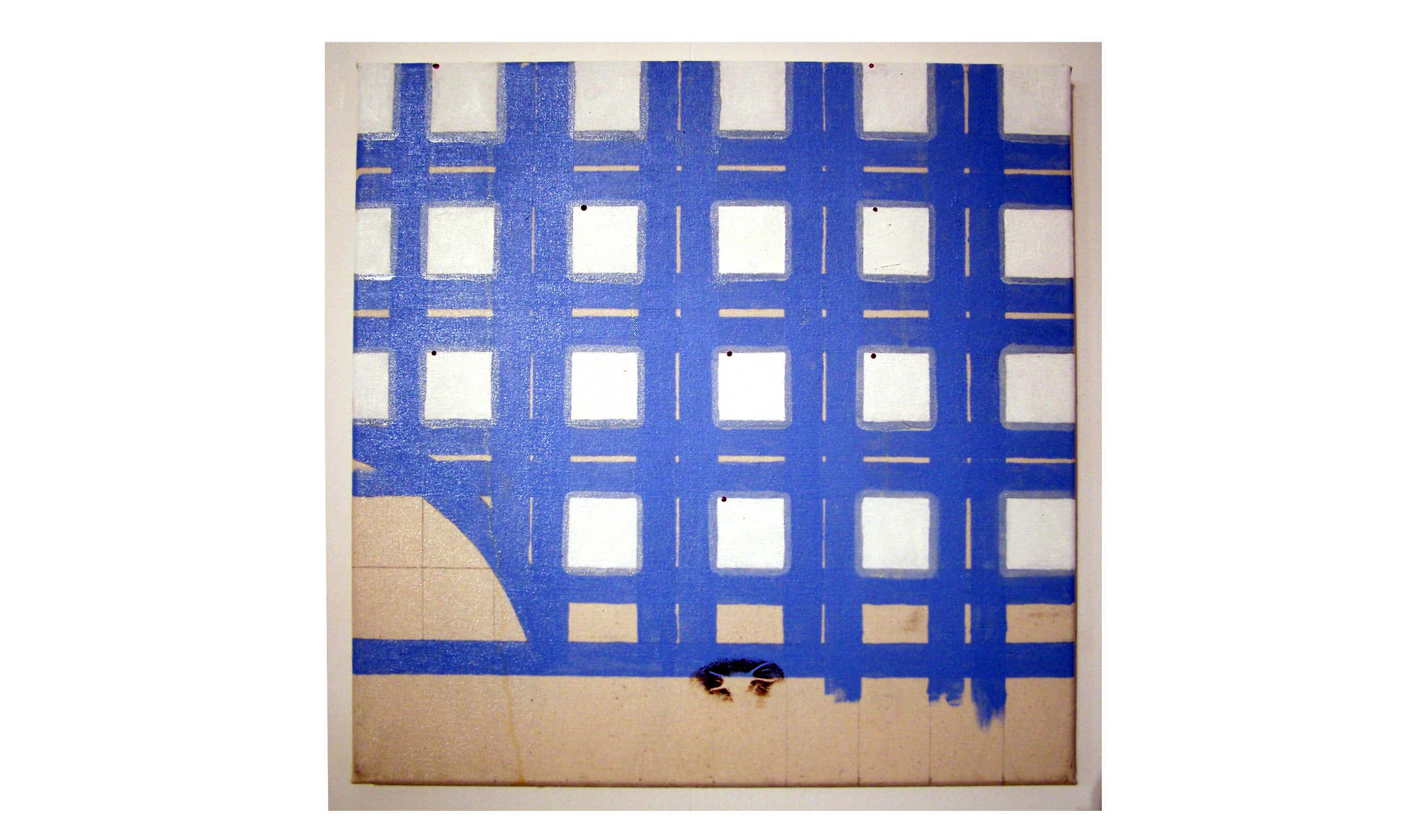 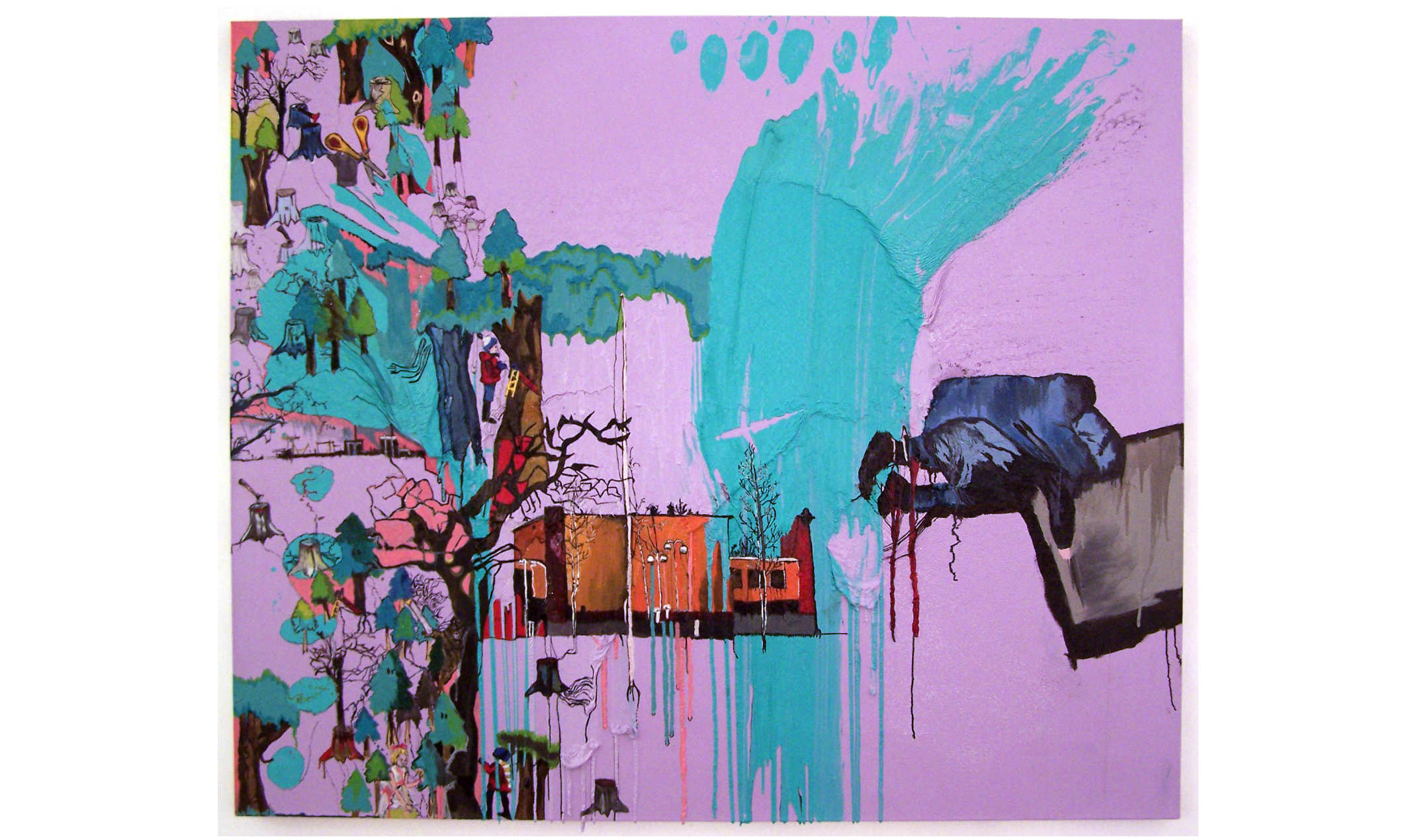 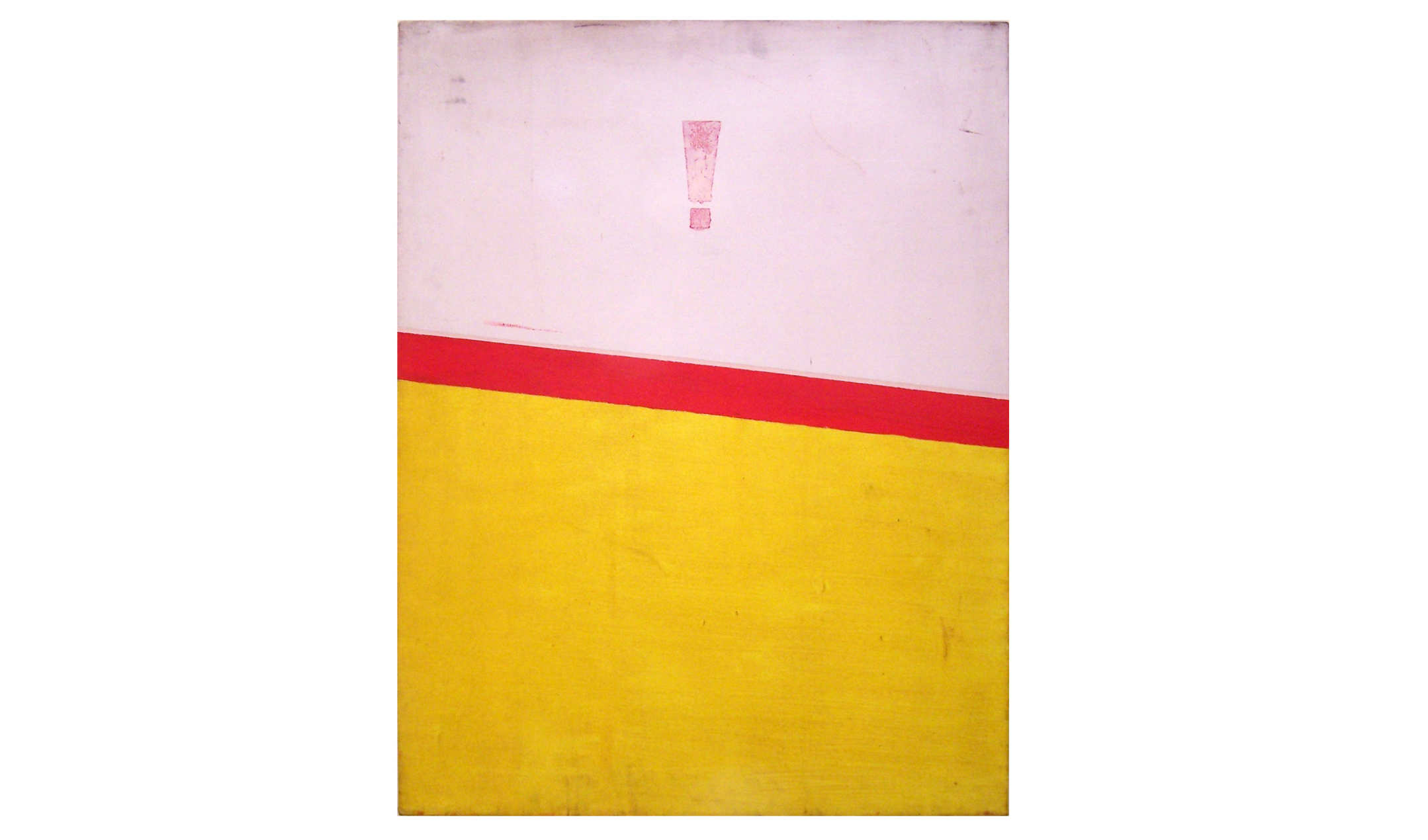 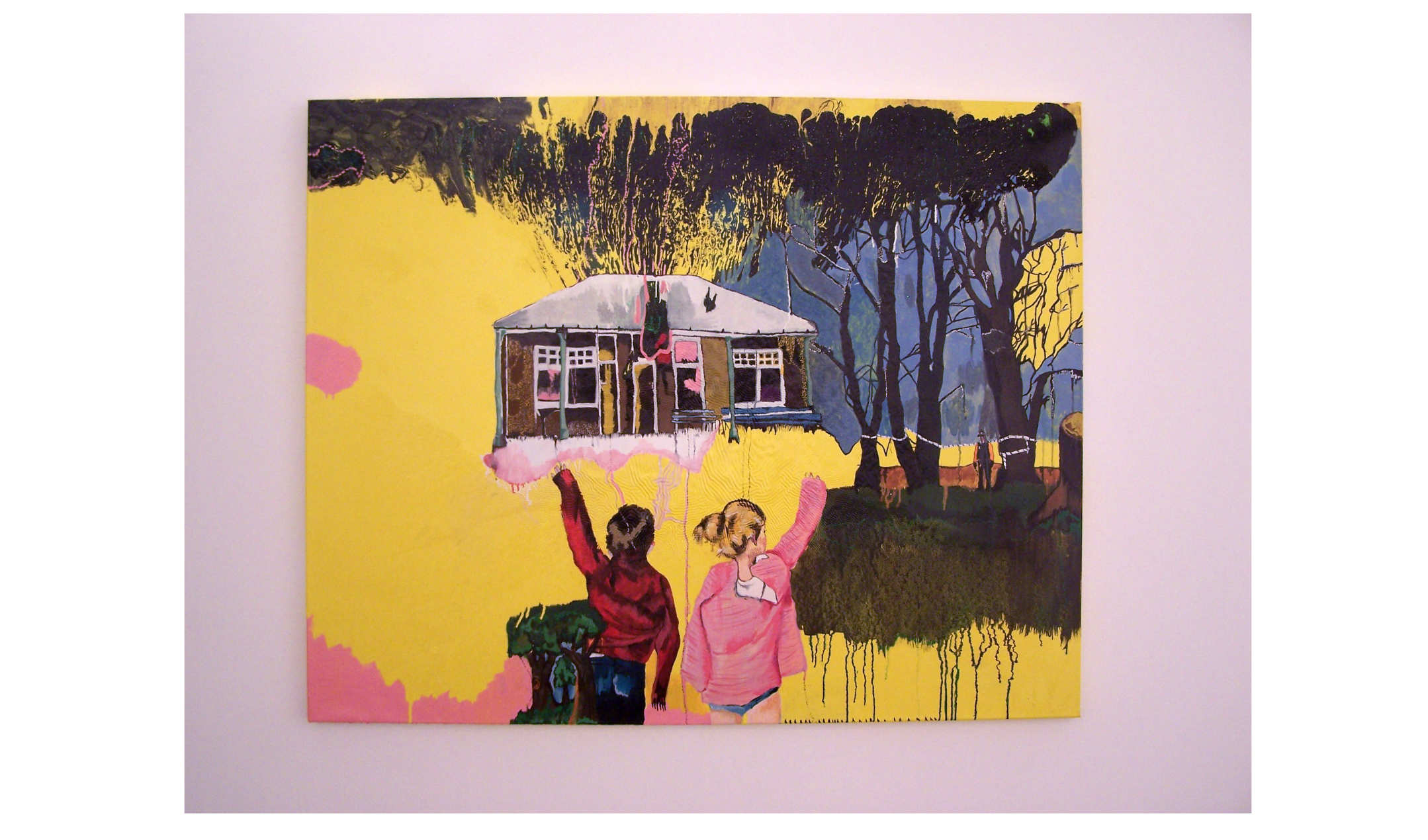 Civilization – Spurns – the Leopard! is the title of a poem by American poet Emily Dickinson (1830-1886).Dickinson’s approach to writing provides islands of imagery, which are of another place or time, provoking curiosity and humour, with violent undertones. These ideas are threaded in a topsy-turvy dialogue between the four artists. The exhibition shifts between a figurative, folky story time and a nihilistic reordering of systems, creating a new set of rules and a shifting logic.

David Fletchers paintings constitute a physical schism between a very subjective interpretation and understanding of the order and disorder that exists within the fabric of certain cultural systems, and a more commonly recognised series of symbols and phenomena that exists within these systems.

Abigail Smiths paintings on silk depict a world of troubled and private subjectivity. Within the bold flat painted surface intricate stitched scenes of melodramatic love and loss reveal themselves. These are the allegorical core of the work, though characters and events are muddled and coded to such an extent that far from a definite moral can be found.

Nicola Williams work exists in a hermetically sealed world, which has its own logic. There is little gravity, things partially float in pictorial space, as they might appear in a children’s storybook. Much of the imagery comes from old “Ladybird” books, and images found in the tabloid newspapers, ‘buying them every morning is a daily ritual to go with my sugary cup of tea.’ The ritual of play is important, and children come up time and time again, playing or locked in their activities they provide the key to the work in its scale and in its attitudes.

Matthew Wragg has unwittingly fused the process of painting, or of trying to make paintings, with that of attempting to trace a personal faith. The new work Lamenthal, cross references visual and spiritual ideas.