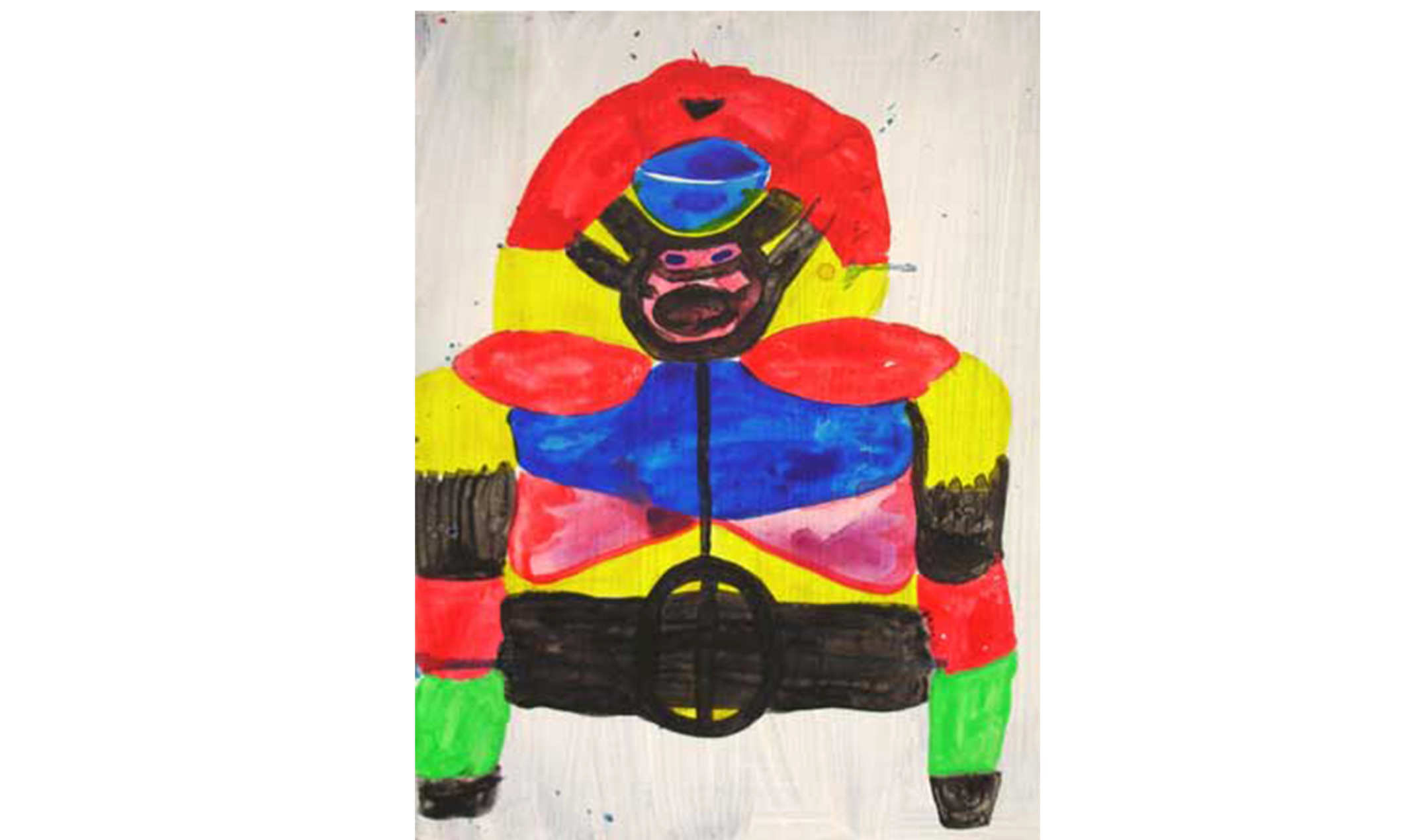 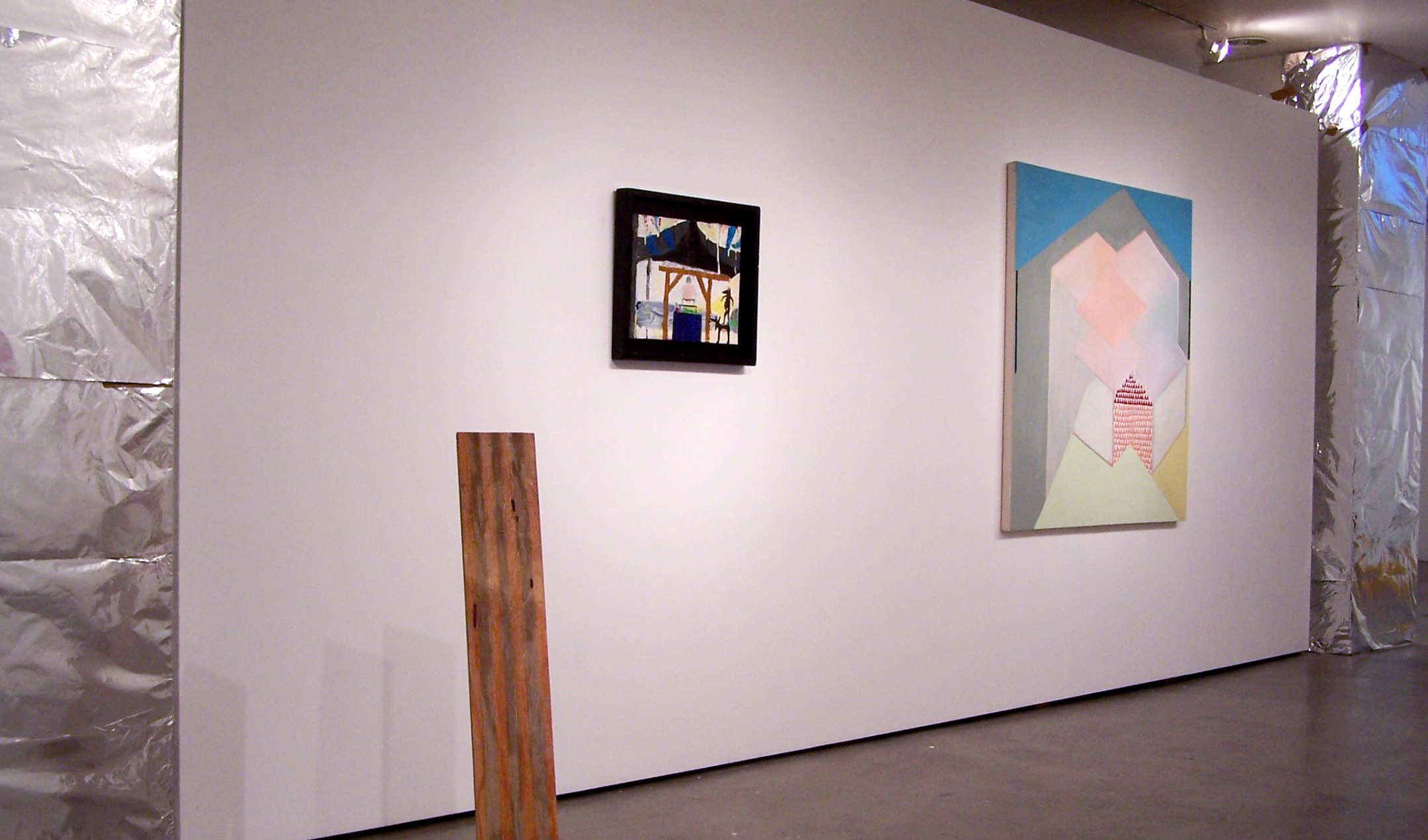 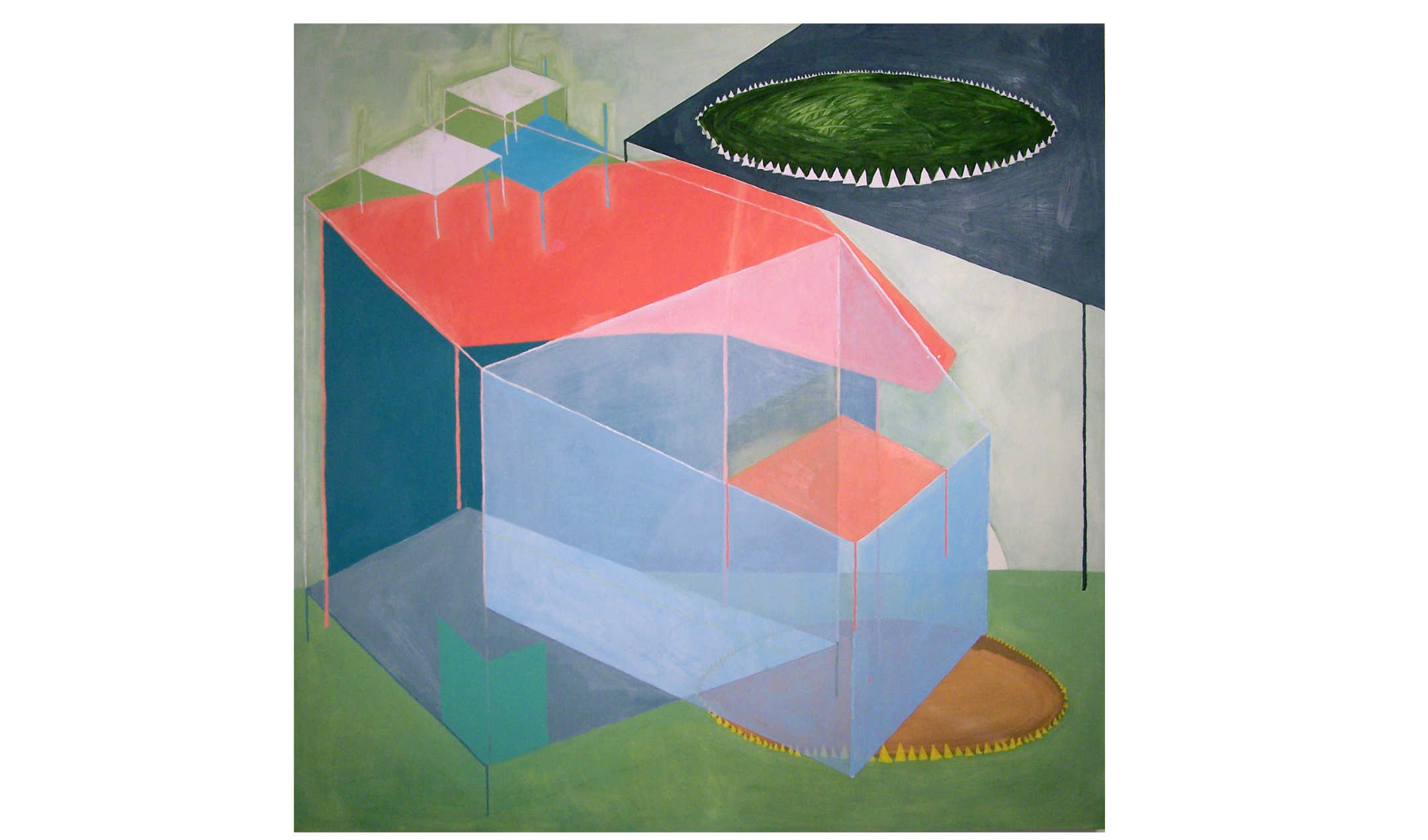 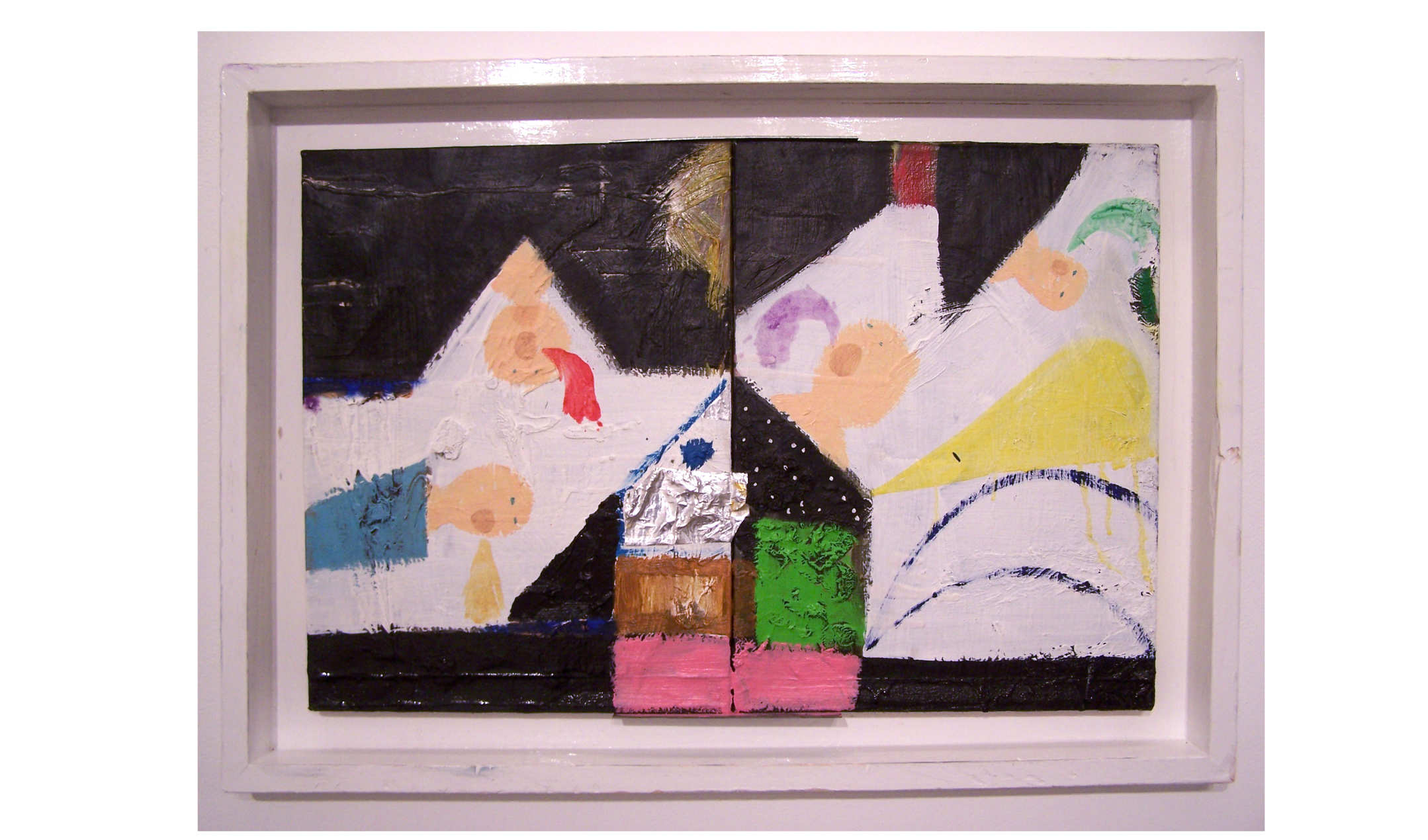 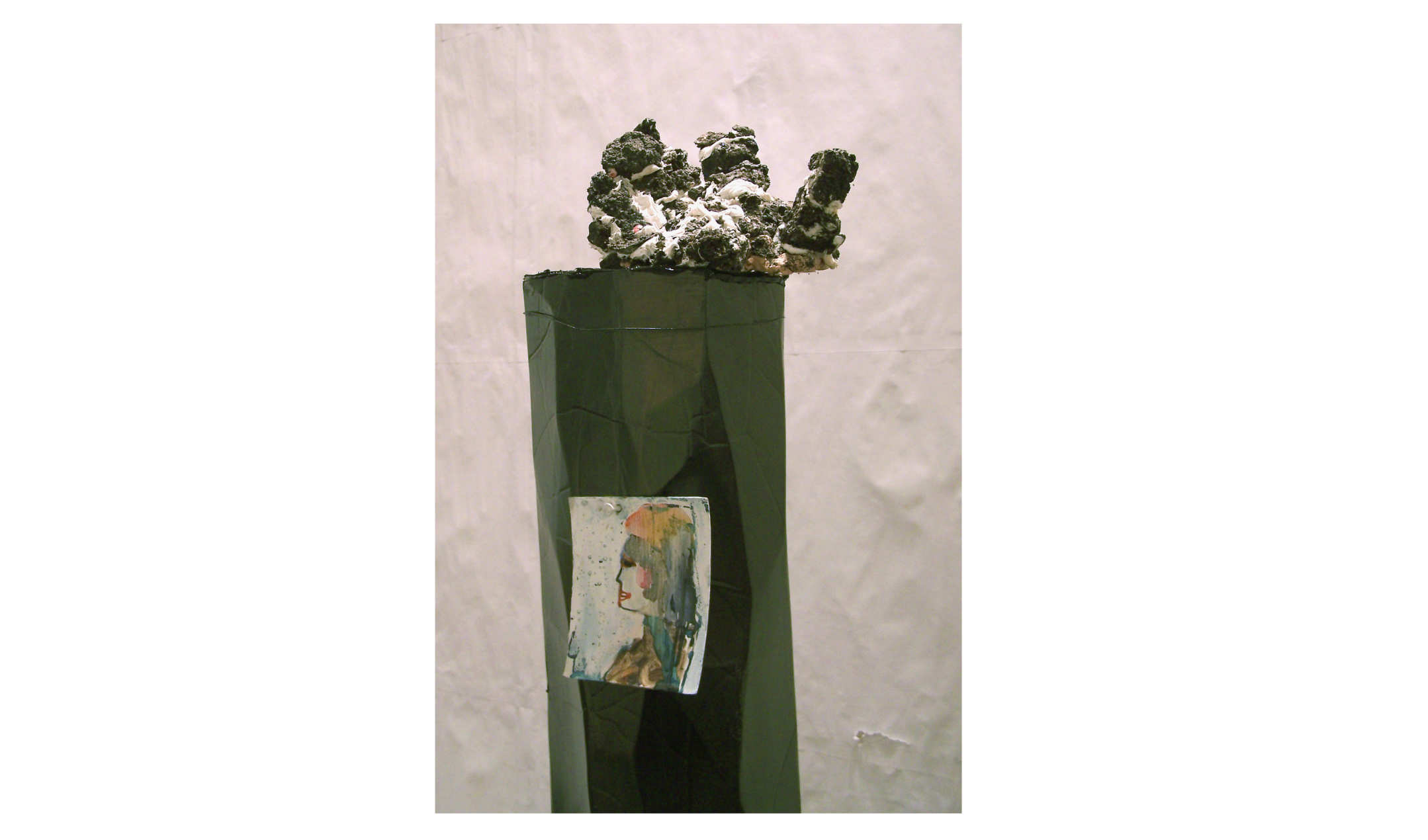 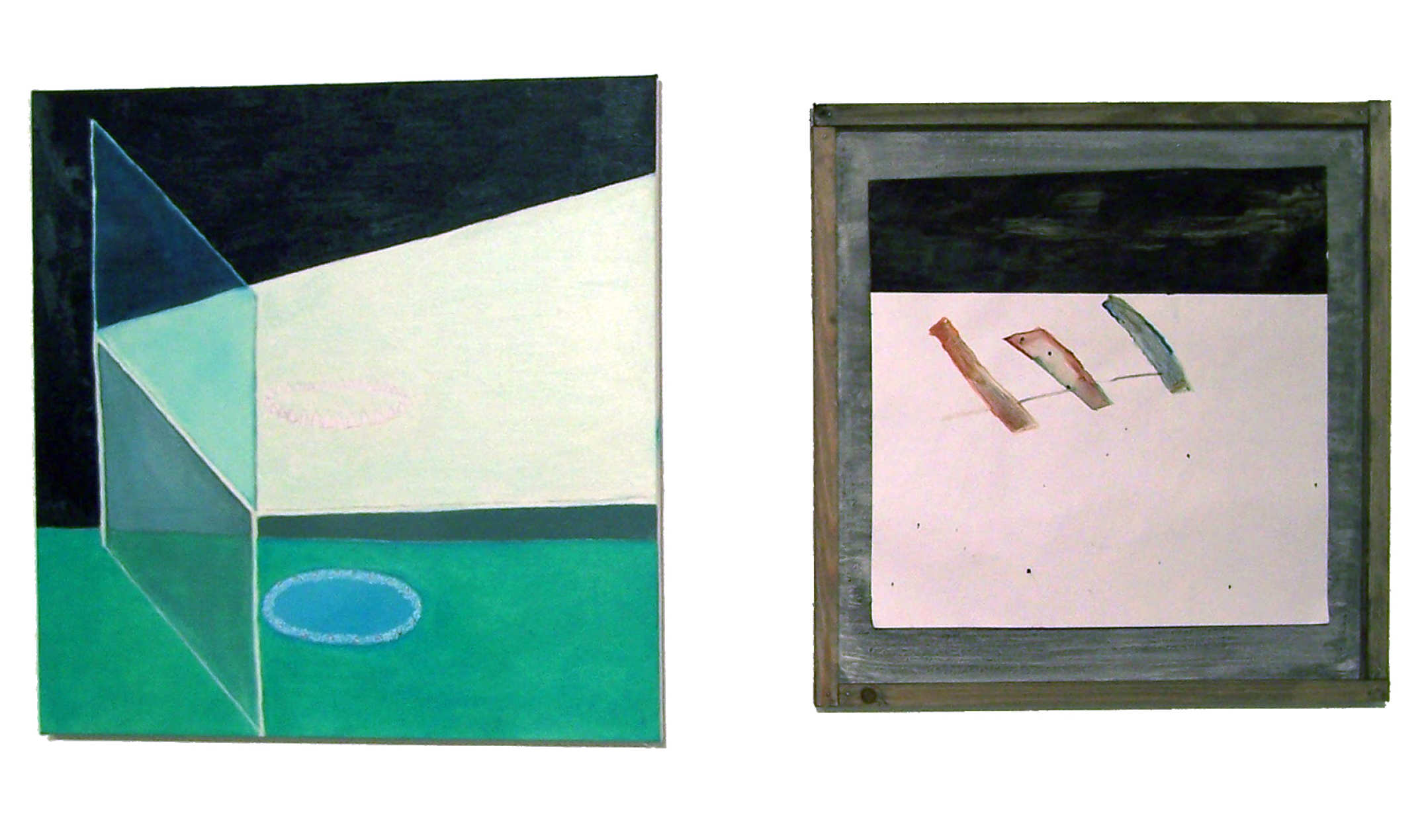 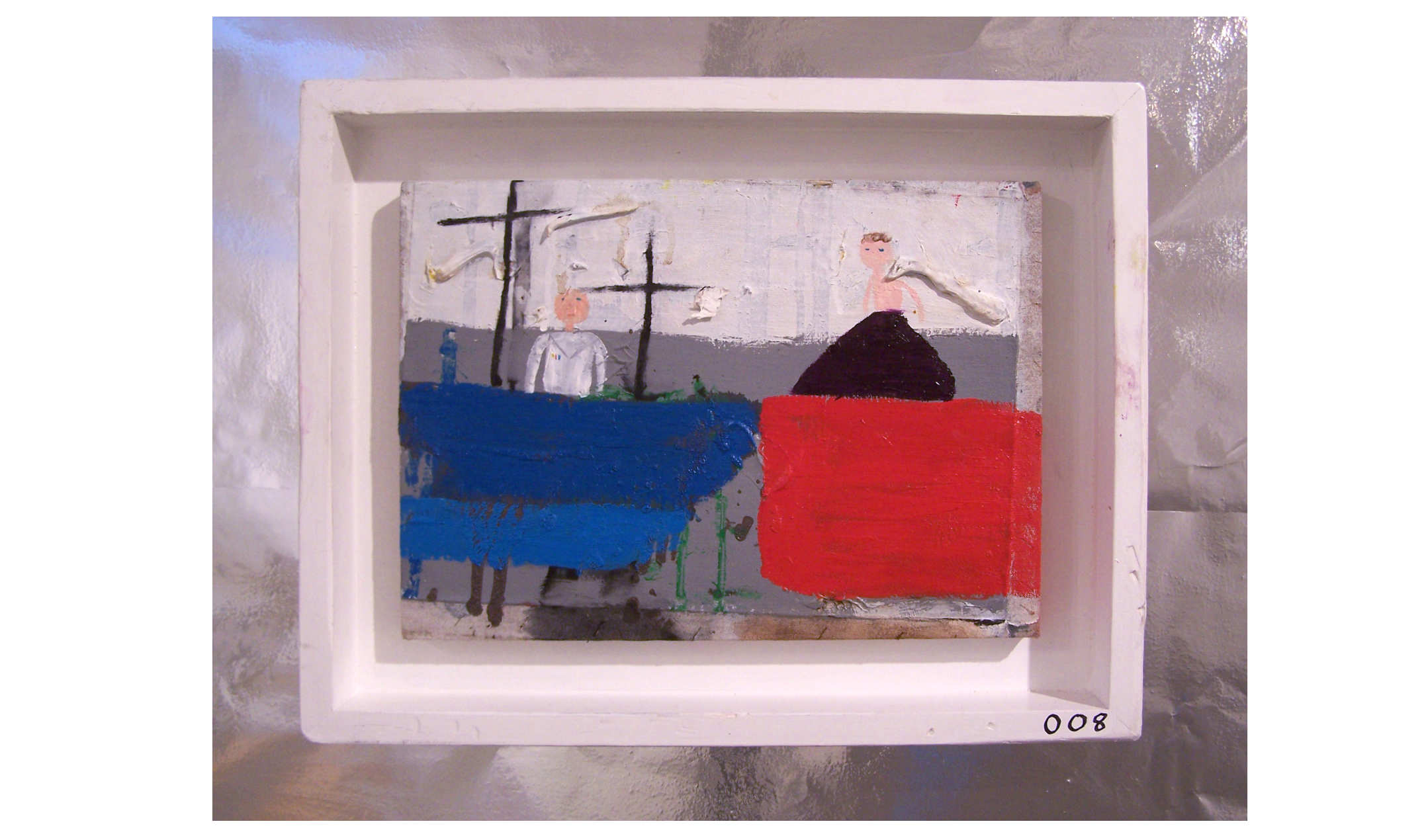 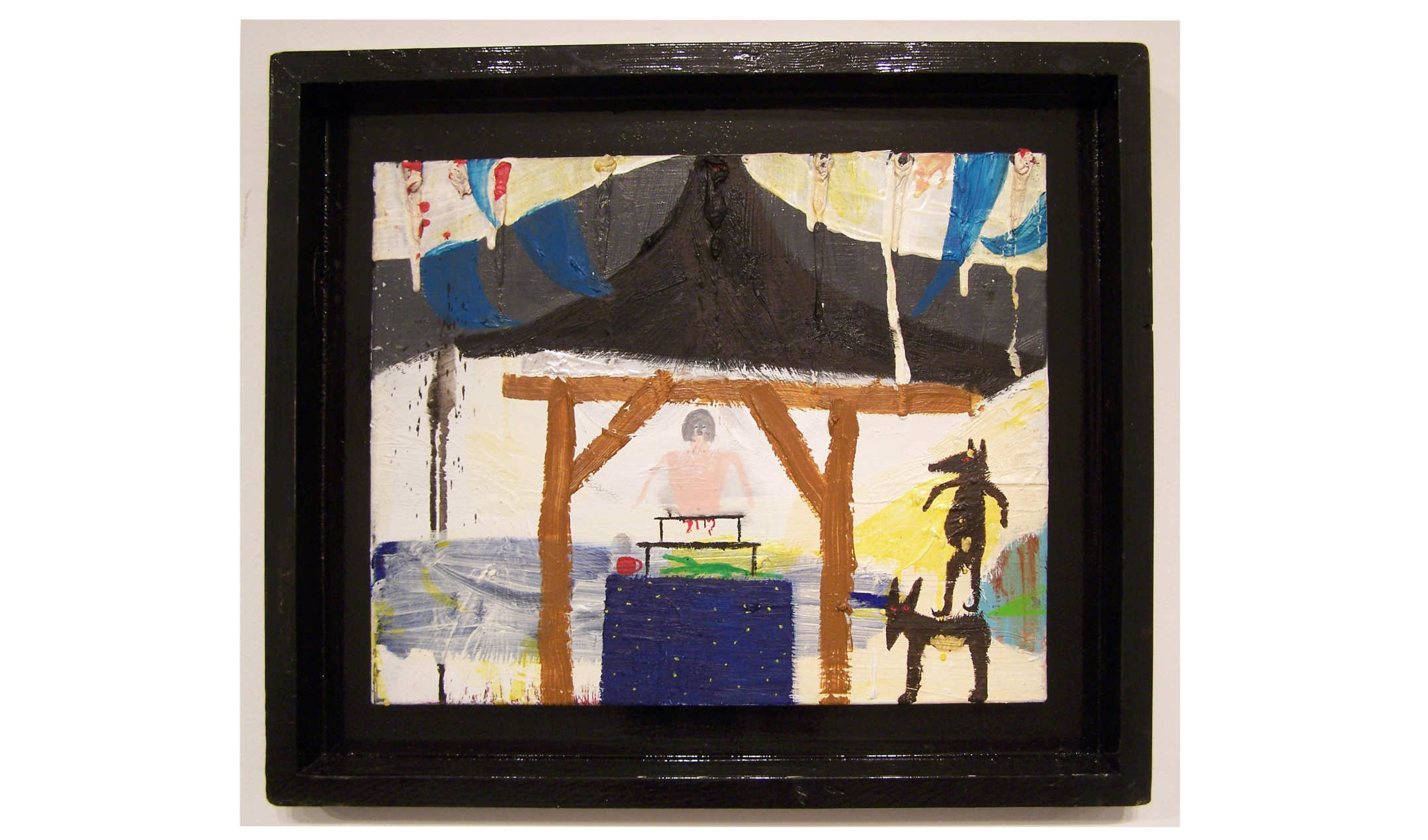 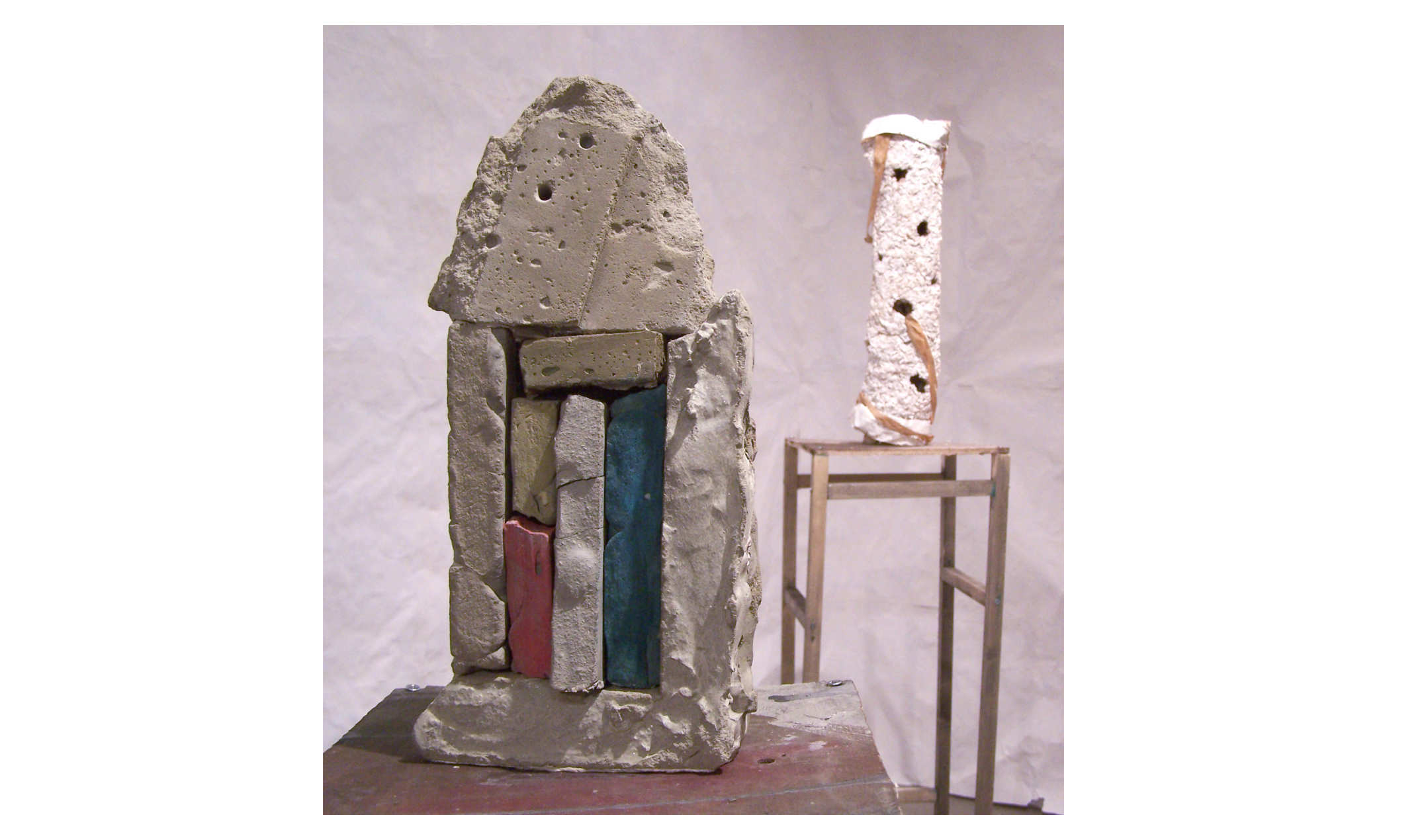 Degenerates aims to bring together three artists who have in common a desire to explore the clumsy aesthetic and Abstract tendencies within their work. The exhibition revolves around a question of why a practice follows an apparent system of devaluation or deconstruction. What can be interpreted as an awkward aesthetic consistently returns the work to the process of its creation. Perhaps what is perceived as a type of failure within the process becomes the most celebrated and accomplished part of the work.

Ellie Stanford uses systems of logic, order and value, such as composition, symmetry and perspective and attempts to undermine them so that the paintings operate through a type of representational default. Loose and subjective narratives reoccur throughout the work that often alludes to spectacles or quasi-spiritual scenes. These pull the paintings away from their formal tendencies towards Geometric Abstraction and place them into a fictional real space. The work circles around a central theme of belief in painting which often sits on a thin line between futility and devotion.

Ross Taylor relies on his immediate surroundings and daily observations to create solutions to help him understand his ‘existence’. By re-writing his own visual alphabet or index, he creates characters and voices within the scenes he paints. Mysticising places coupled with an intuitive and ‘menopausal’ mindset, he feeds into a place made up of memory and triggers. In Degenerates his work observes current social trends and interprets a world around him as a place of imagined and symbolic commercially-driven scenarios.

Jack Vickridge's work consists of material explorations between 2 and 3 dimensions. Combinations of materials such as cement, felt pen, soil and watercolour are used to describe the visual and physical world broken down into colour, surface and matter. This is reinterpreted into fragments of an imagined internal world. The objects and drawings create both an interpretive ambiguity and a possibility of illusion. Familiarity is suggested but does not settle comfortably into a known representation in the viewer's imagination.