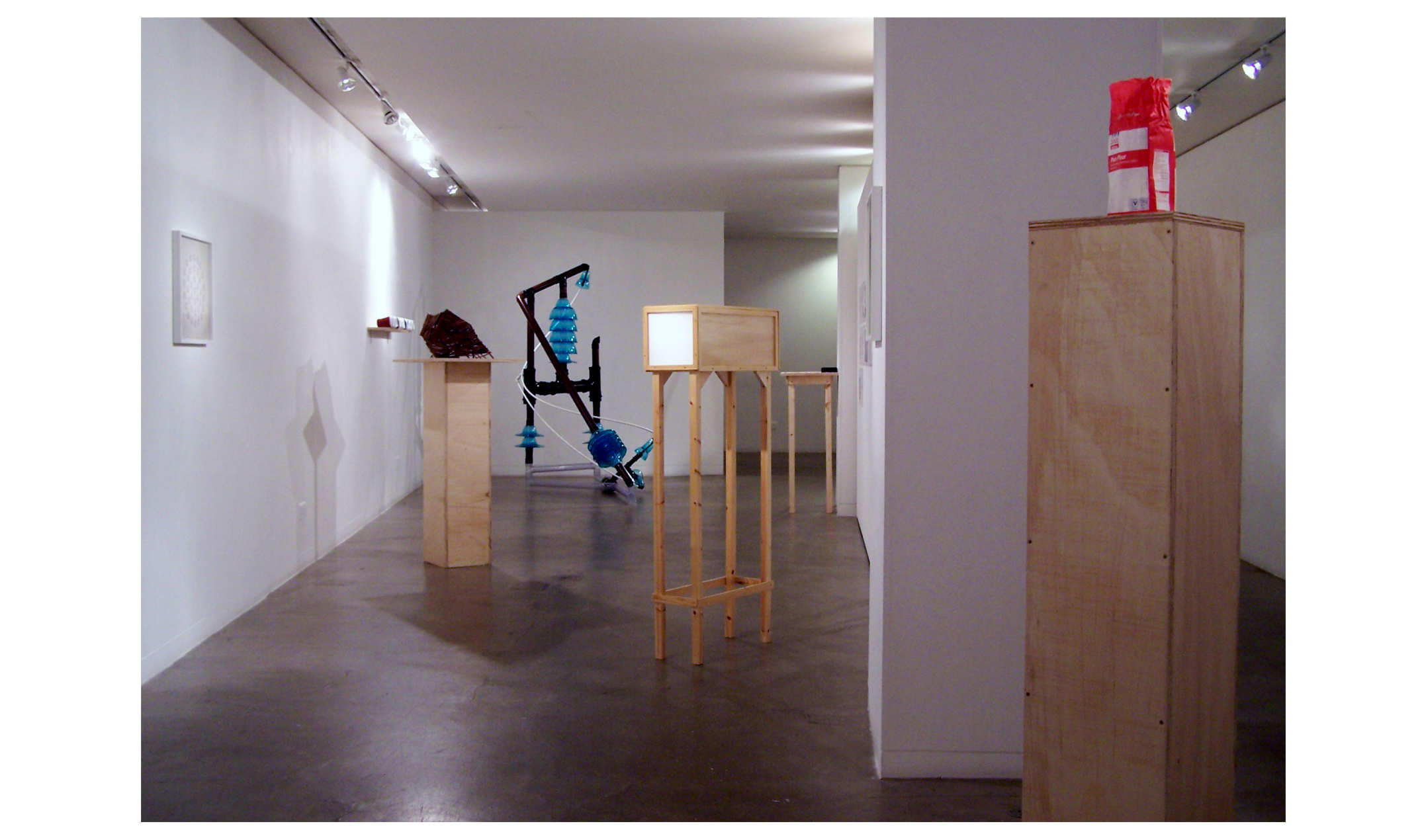 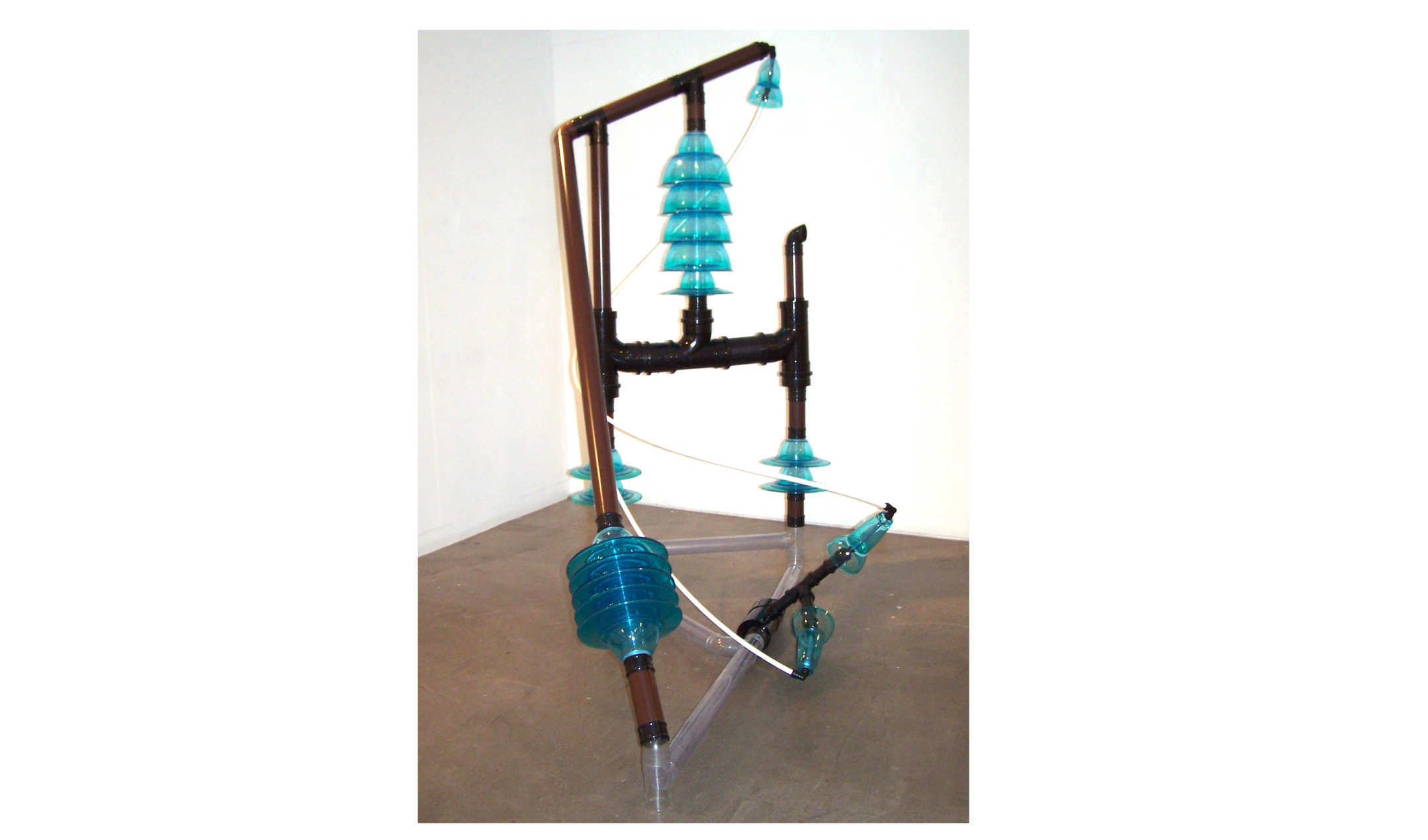 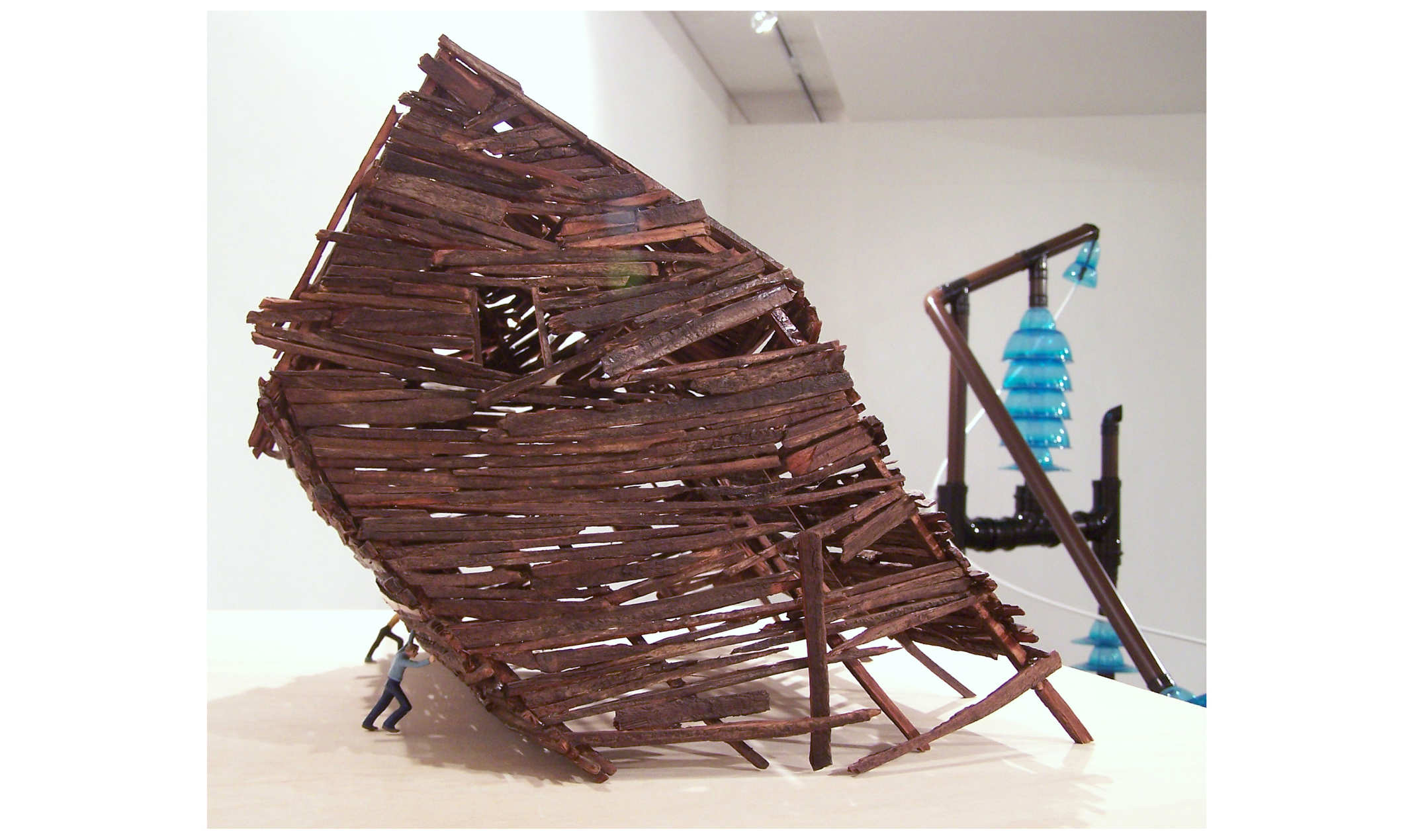 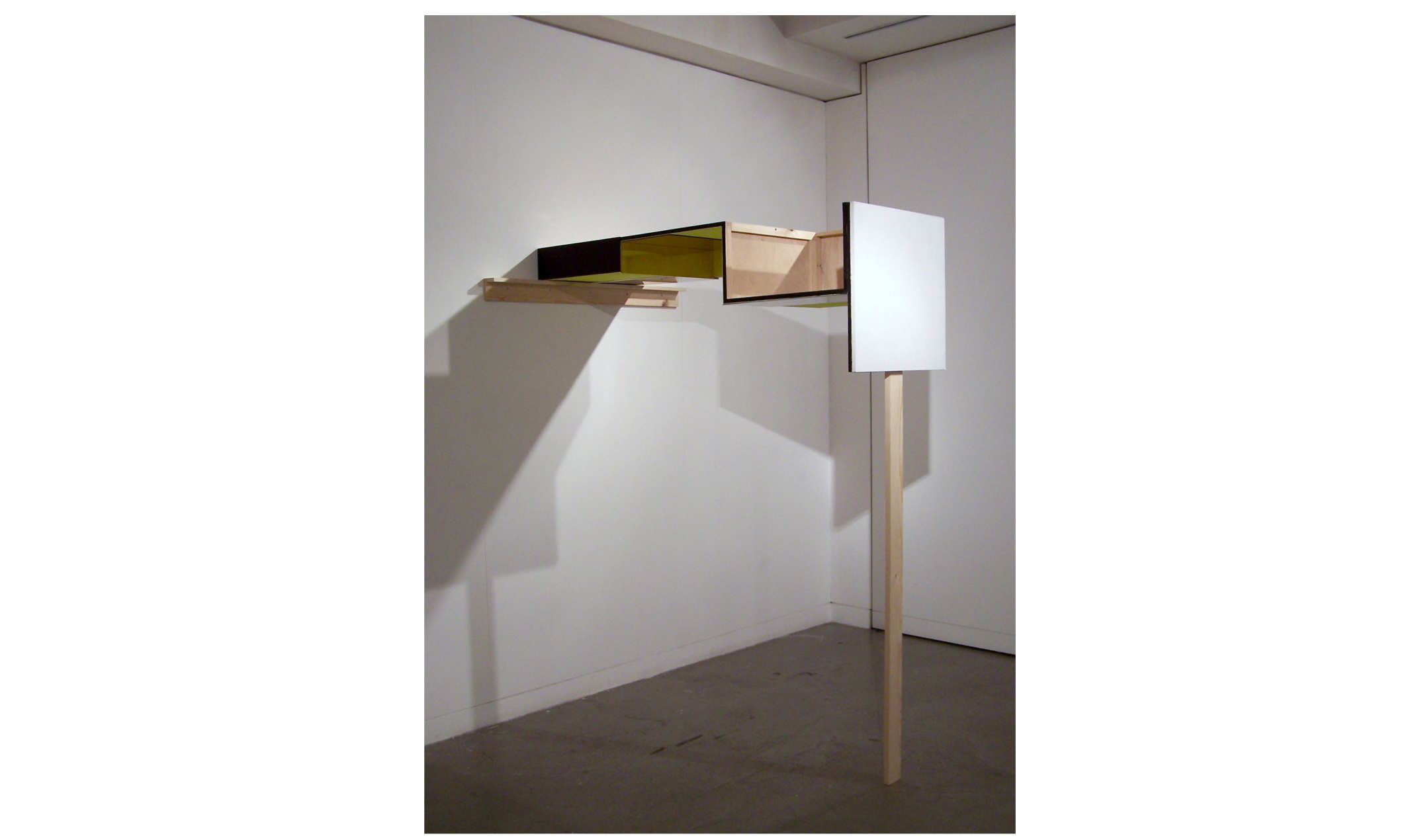 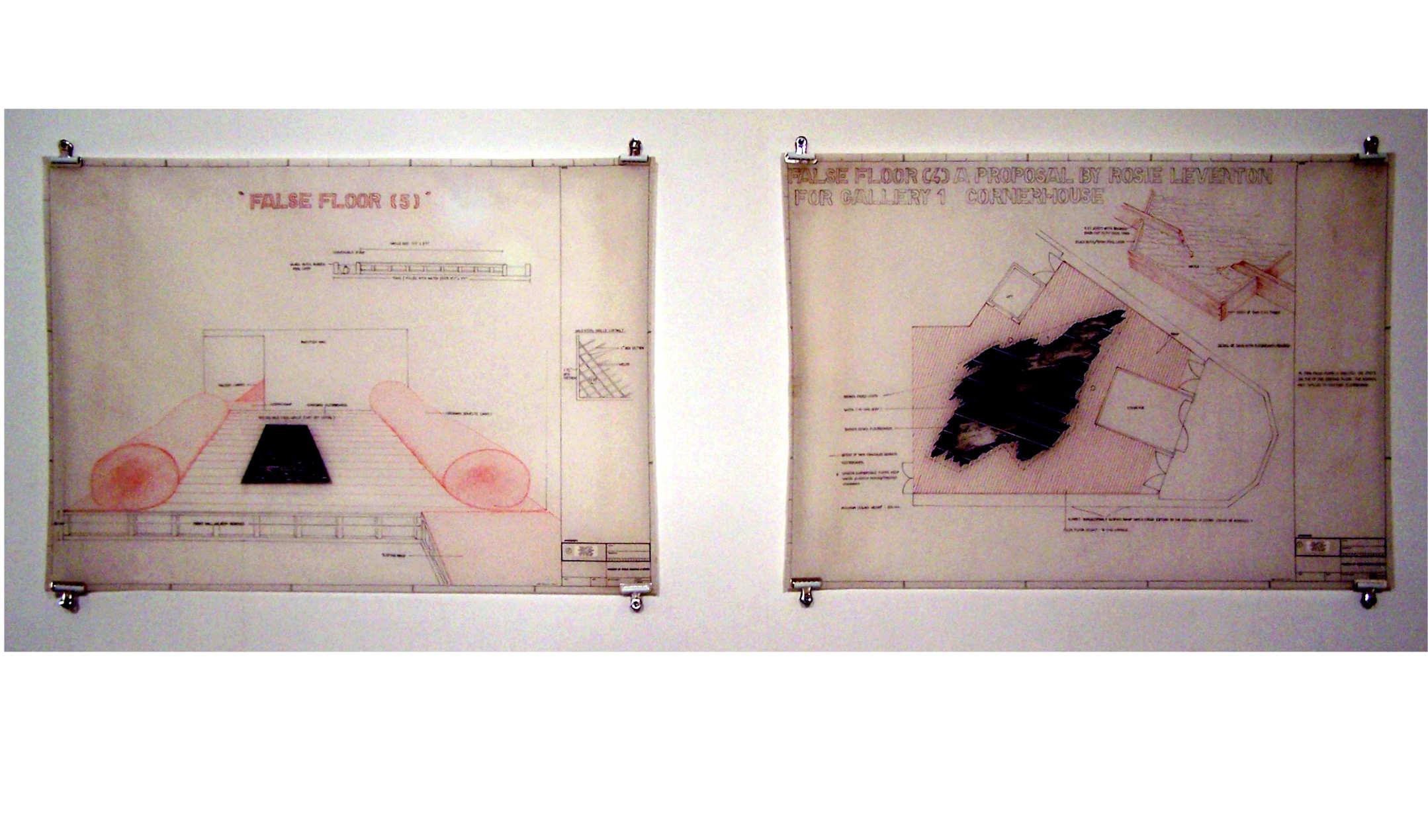 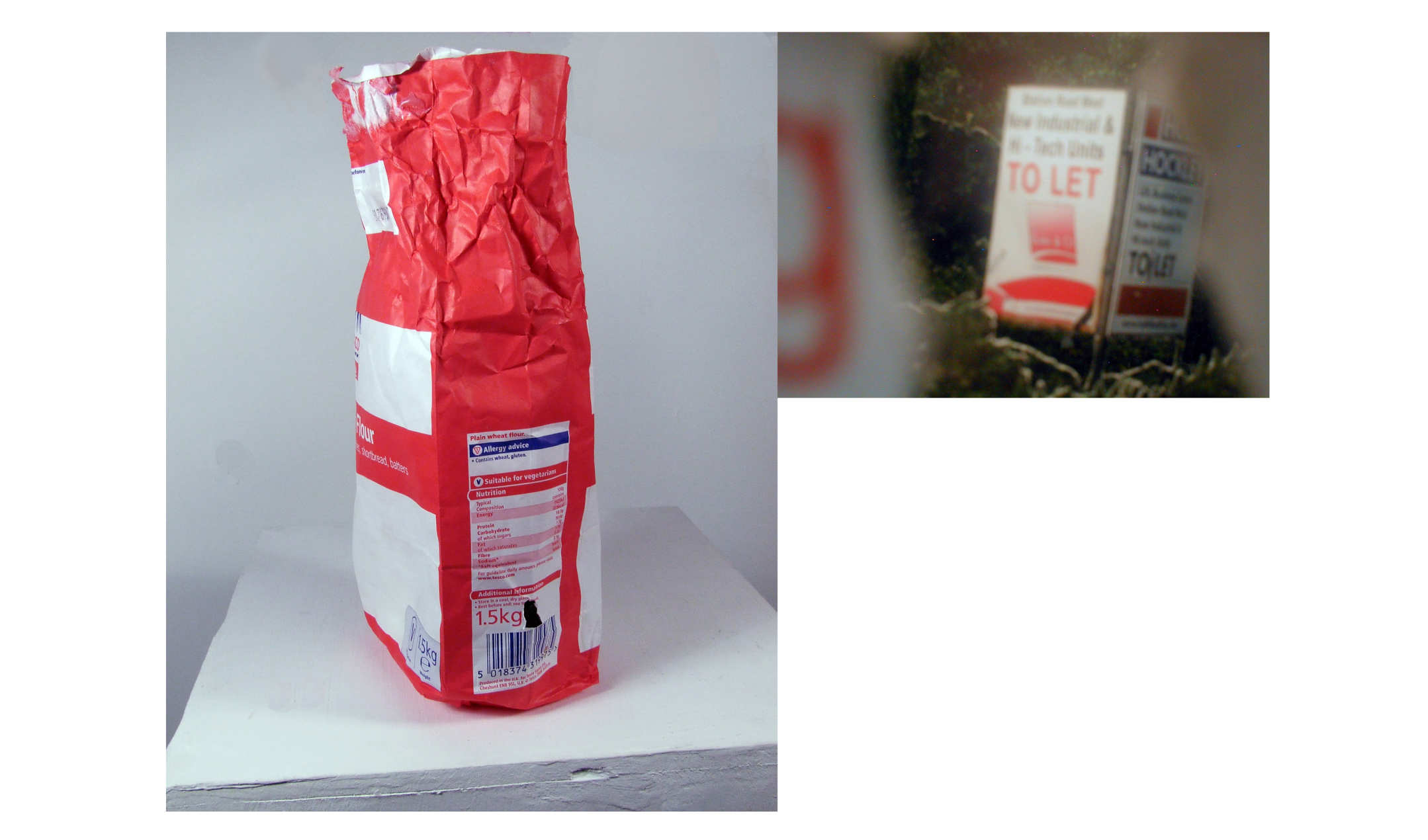 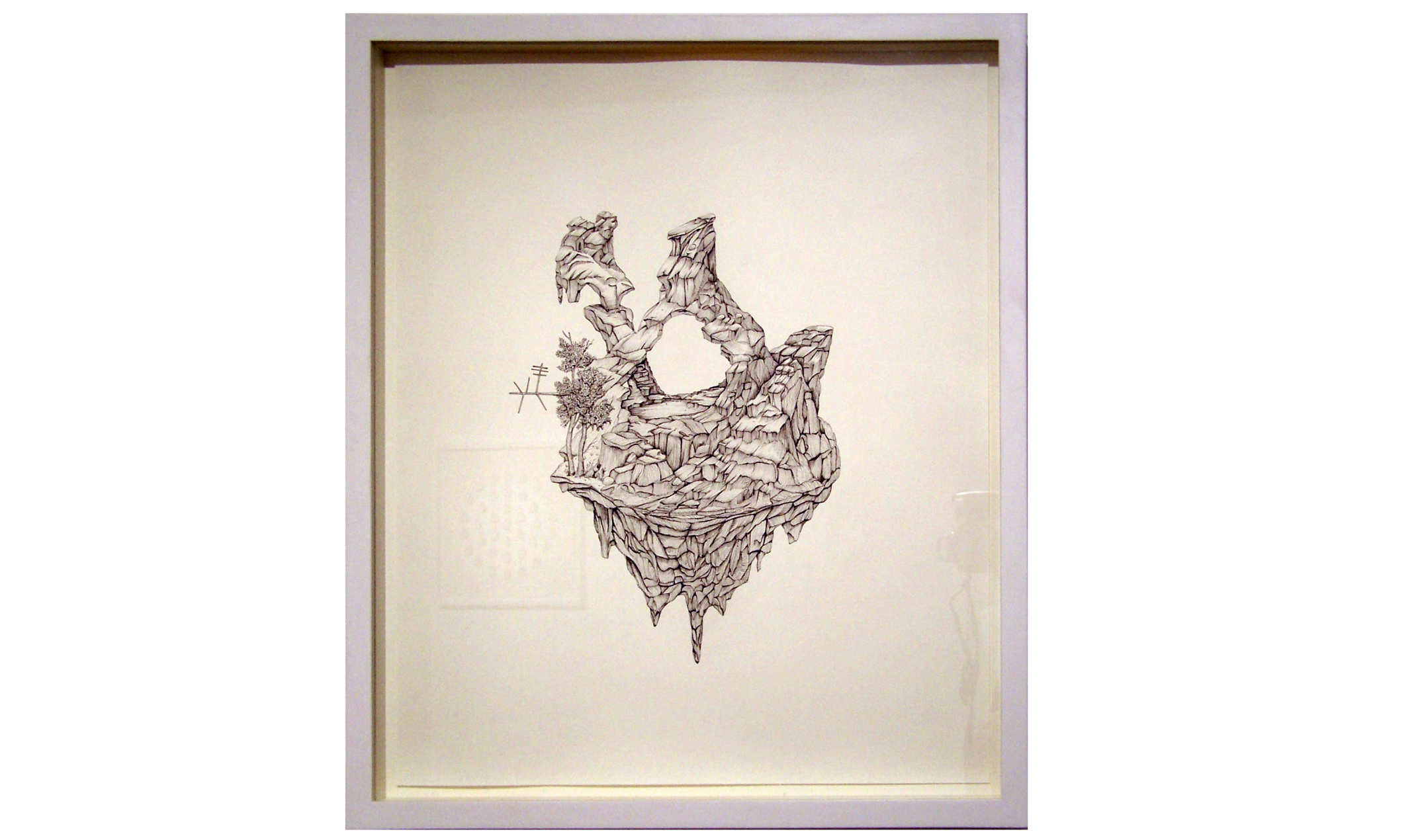 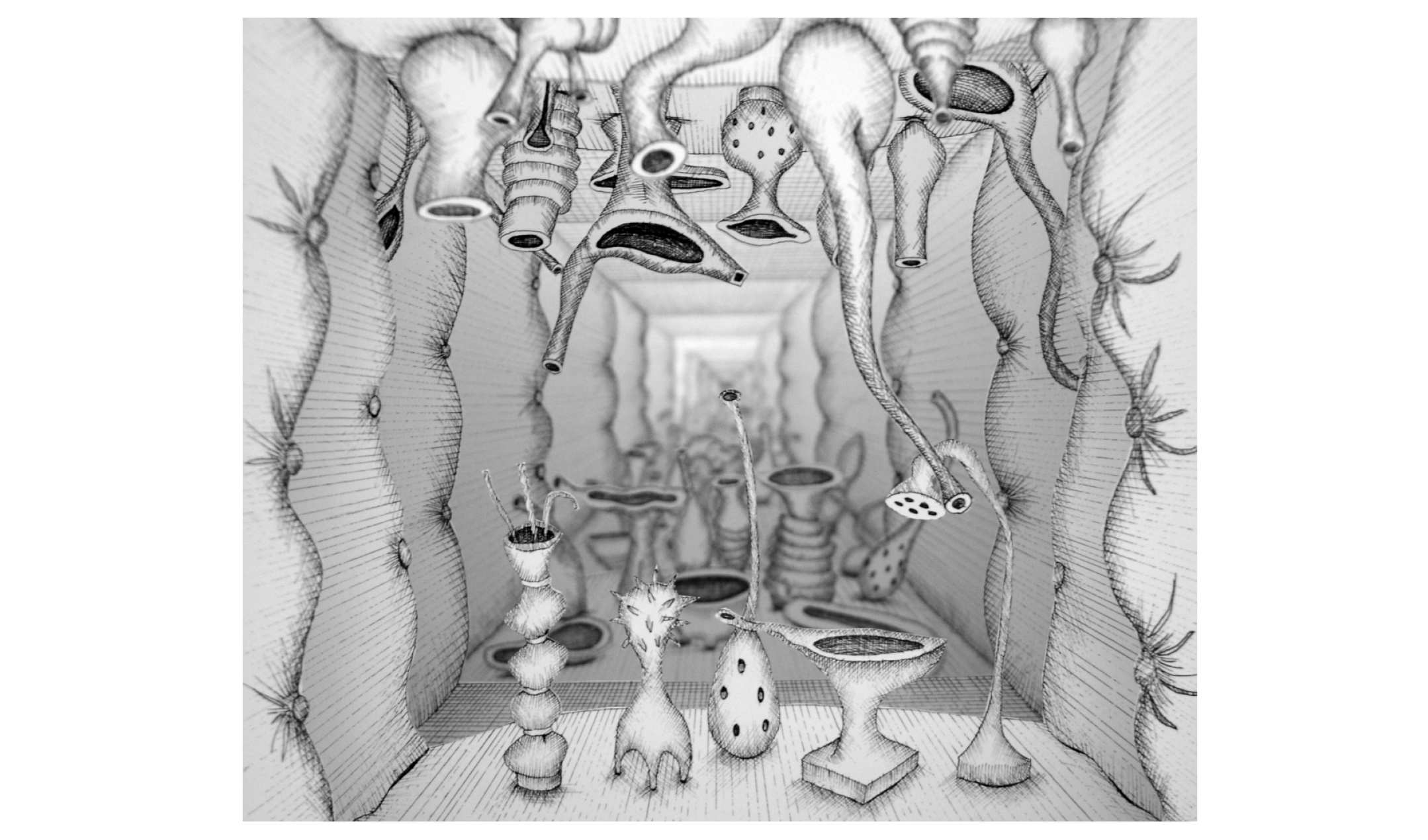 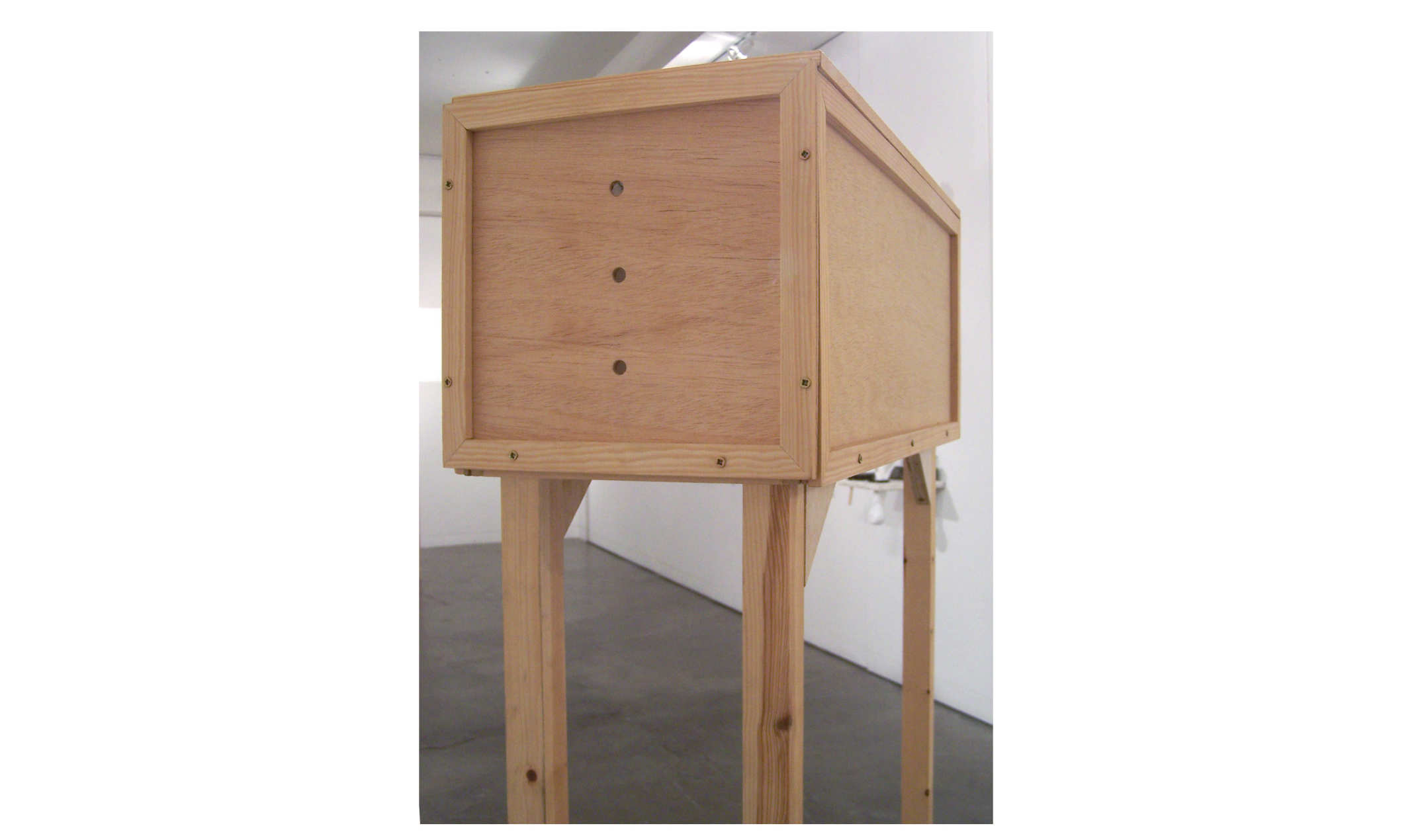 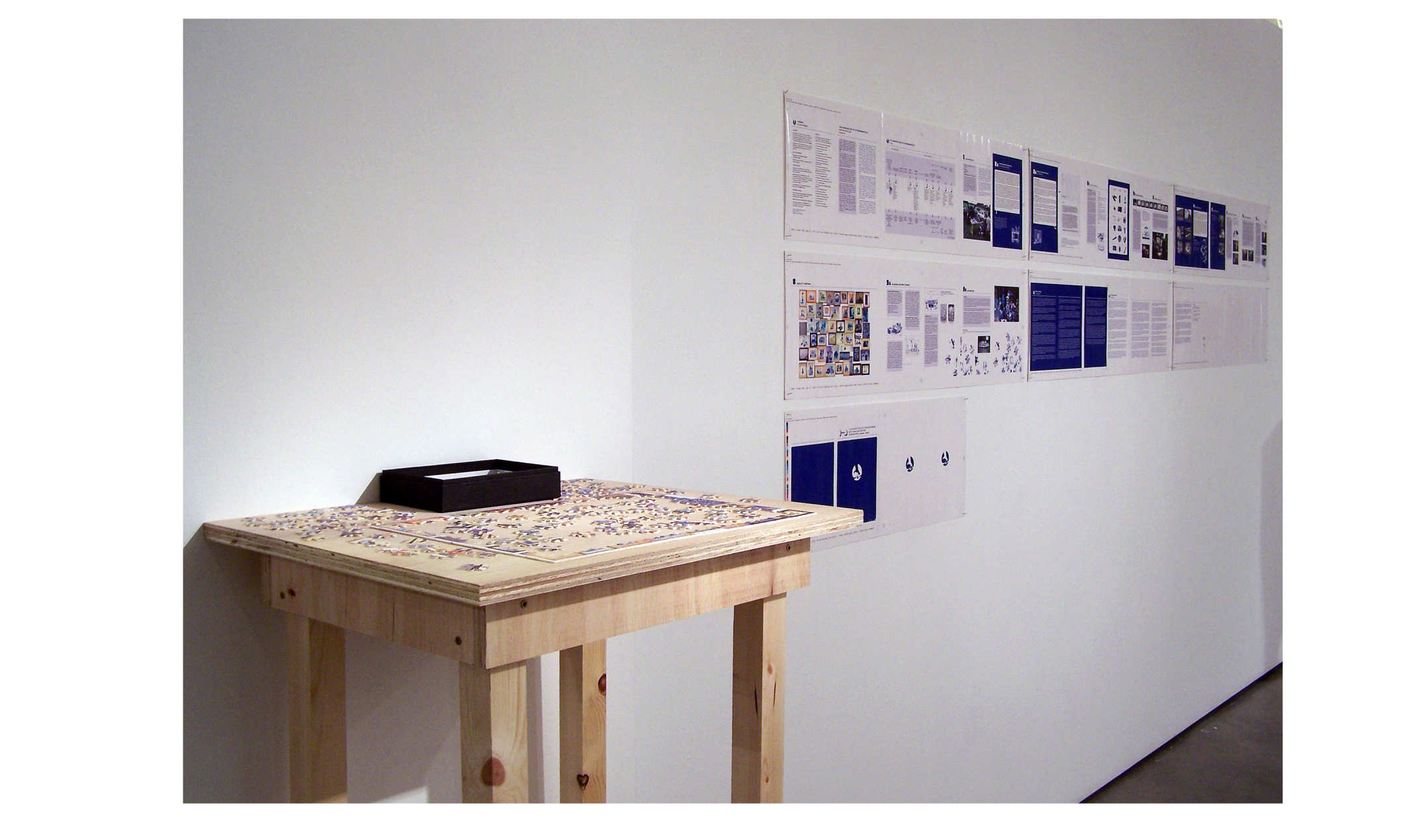 ”the world consists of a multitude of projects, realized ones, half-realized ones, and not realized at all. Everything that we see around us, in the world surrounding us, everything that we discover in the past, that which possibly could comprise the future – all of this is a limitless world of projects.” Ilya and Emil Kabakov’s description of their work the ’Palace of Projects’.

Workshop of Hereafter showcases nine artists whose practices involve the re-invention of meaning and function of objects, systems of work and spaces. Utilising drawing, sculpture and socially engaged practice, the works become potential projects growing out of the ruins of the current economic collapse. As banks, construction, manufacturing, art market and business decline, recession catapults us into a state of flux. The works become projects that deviate from profit and targets and are like small flickers of resistance. They evolve from this moment of chaos and could be both an antidote and irritant. The show places work within the narrative of a ’workshop’, as a place in which experiments can be made and where utopian ideas can be realised, igniting our re-invention. In this context, the works themselves are in different stages of formation and include abandoned proposals and prototypes made potent now with their content, raw half formed experiments with enormous potential, to more resolved ideas. True to the notion of the workshop as a narrative, Fine Art and Science students have been invited to make models and diagrams with the curator,these individual pieces are presented as a sprawling multiple artwork. The playful use of scale challenges the viewers perception, lingering as they do between actuality and fantasy, and touching upon new ideas to redefine the material world in this time.

Silke Dettmers practice often involves the use of manufactured objects, or their re-making in a ‘foreign’ material or scale. Using metaphor and evoking narrative, her recent work has been concerned with the fragility of contemporary society and the sense of danger that underlies the idea of the ‘homely’. In ‘Fail-safe’ Dettmers presents us with a precarious scenario in which a house or shack is held in place by miniature actors. Whether they are preventing disaster or about to lend the final blow, the extended moment is imbued with a strong sense of fragility and unknowing.

Matt Franks work often references and juxtaposes high art and popular culture. ’Miniature Fooooom’ are a series of copies of a larger work, the original form being a gigantic cartoon cloud commissioned for the Economist Plaza in 2007. Franks states that, ‘The cloud is a combination of baroque theatricality with an appropriated cartoon puff of smoke and...it is a suggestion of the moment of inspiration and self-knowledge.’ The reduction of scale to a series of miniatures, mock any notions of grandeur, and in the context of the show, these highly compelling objects act like reminders of the transience of ideas.

Stewart Gough‘s sculpture is an assemblage of mass-produced objects. Dinner plates and food containers are held amongst pipe systems and machine parts, creating a distinct materially–merged–down space for a positively ironic sculptural investigation. Gough’s sculptures are temporary structures, formed by their component parts into complex structures, often referencing British Utopian Architecture of the 1960’s. Gough will also create a cabinet of experimental plastic curiosities, placing raw and half formed pieces within the context of a museum display case.

Andrea Gregson’s miniature installations, hidden inside long, stilted wooden boxes, contain sumptuous psychological spaces where events can be imagined and re-enacted by the viewer. They explore subliminal codes of behavior hidden in objects and design of manmade spaces. For this show, medical type vessels are meticulously drawn onto layers of paper as a diagram for a larger sculpture. One of the cabinets, will contain remnants from former works, “objects in waiting” and personal memorabilia to collide in contingent constructions with endless possibilities forming a hybrid world from work and life.

Karen Henderson’s work explores how architectural space is claimed and occupied.She is interested in how the built environment is used theatricality as a device to manipulate behavior. ‘Relief:Version 2’ a large model-like sculpture, re-frames its space, complicating and fragmenting the view. It appears provisional where elements can be rearranged and reorganised. In addition Henderson will premier a series of small scale models equally concerned with the reading and understanding of our built environment.

Rosie Leventon places her work ‘Sub-Text’ made from recycled children’s mobile phones within one of the cabinets as a possible prototype. Like an accelerated geological event, the layers are compressed and reformed into a pre WW2 incarnation. ‘Each phone can be seen in tortuous distorted detail compressed into two dimensions, but still identifiable as someone’s ‘personalised’ mobile saved from the landfill and preserved for ever’.

Becky Shaw’s presents an artwork responding to our post industrial age. Working with the site of Reckitt’s ultramarine factory in Backbarrow, Cumbria she created ‘The Manufacture of Ultramarine Blue’. It takes the end of the ‘blue’ production process- a mass of blue objects, nearly at the end of their lives for sale on car boot sale stalls, and re-energises the production cycle with leisure activities. Now, in the building once occupied by the factory, the Lakeland Hotel sells spa experiences and relaxation; a clear example of the way capitalism always finds the means to generate profit, even using the ruins of more productive times.

Paul Vivian is interested in how we read and manipulate materials at the periphery of our daily lives. The works represent reflective contingent responses in a post-capital world. They consist of found objects acting as containers for personal recollection; each one records a possible transient experience. In his work he adapts domestic materials utilising their found state as a starting point. These acts of ‘intimate economy’ aim to provide an unexpected legitimacy or improved purpose.

Michael Whittle's drawings in their diagram like state reveal our implicit need to understand and order our world into systems. ’Whittle’s visual meditations centre on our tools of knowledge, such as nomenclature, classifications, perspectives, the stuff of science. They also dwell on the margins and aftermaths of our endeavors toward gaining knowledge, where they break down and fail’ (T. Horiguchi).