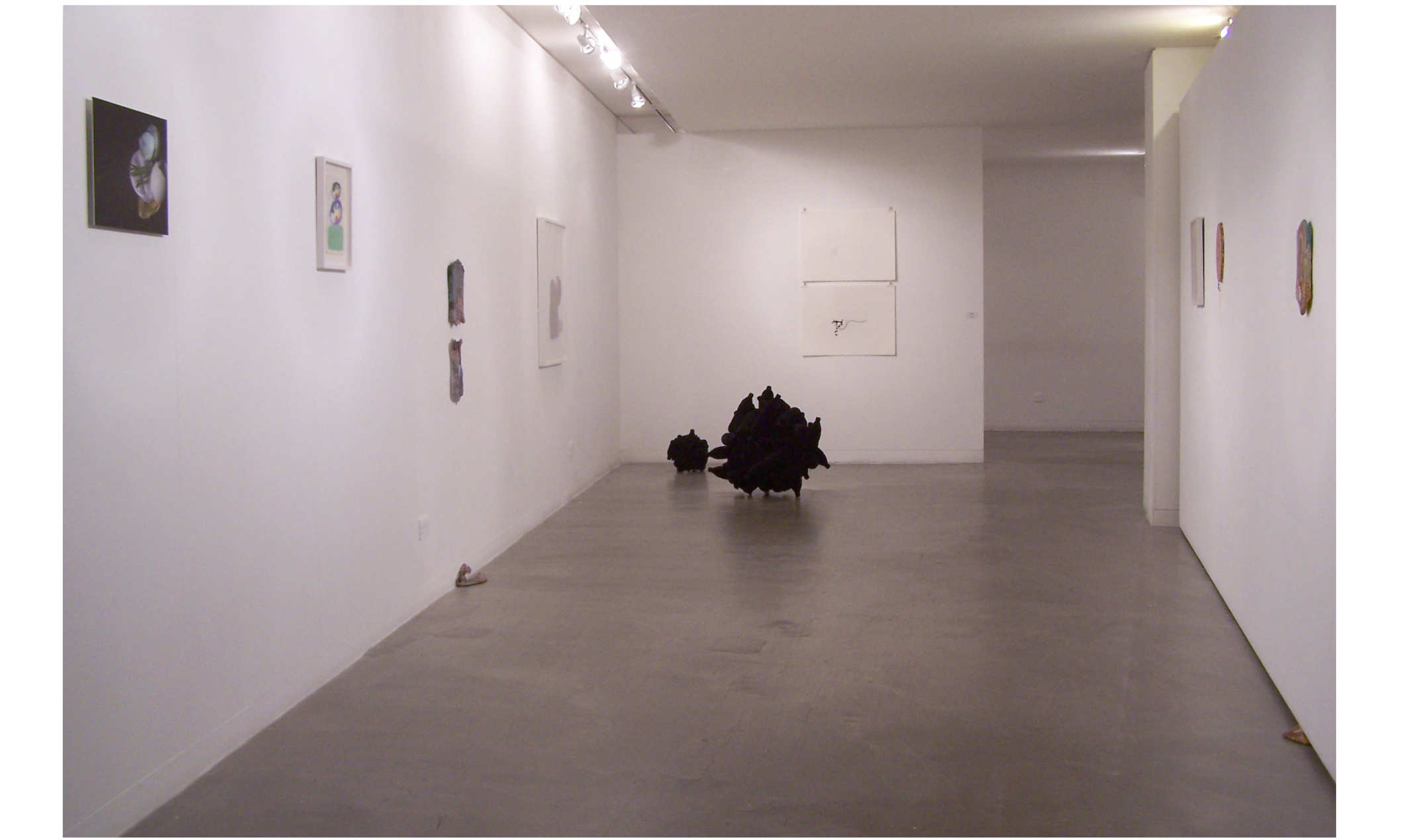 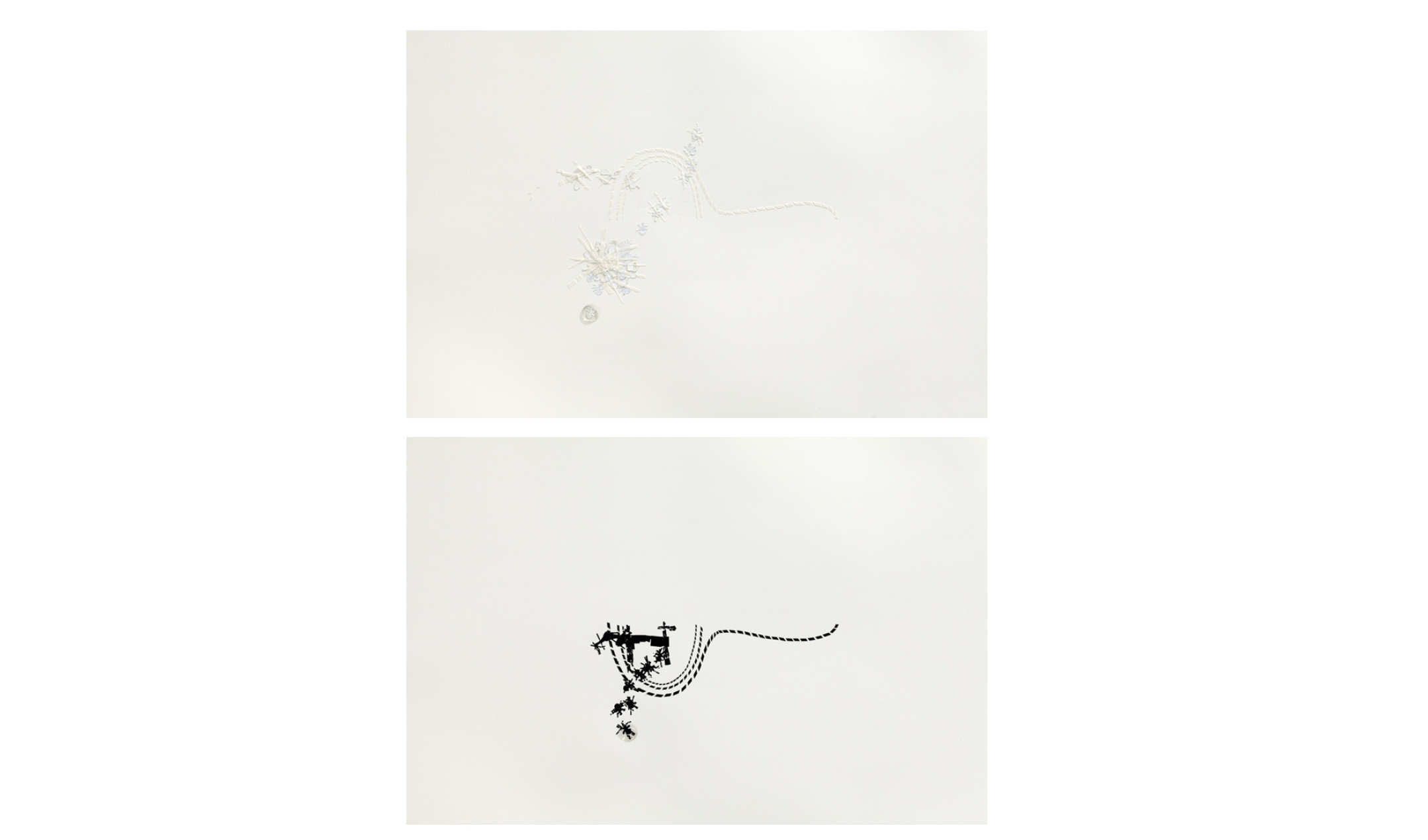 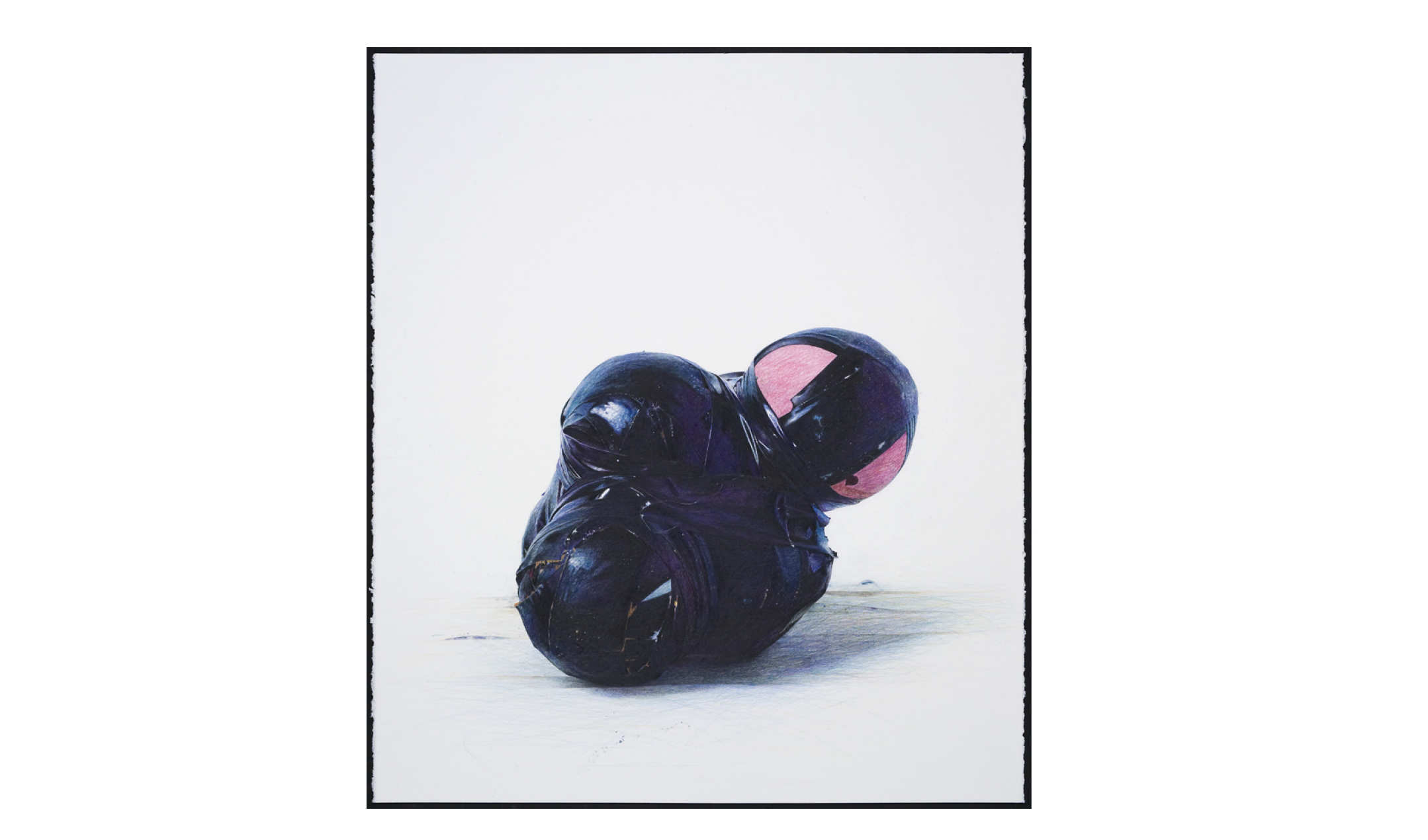 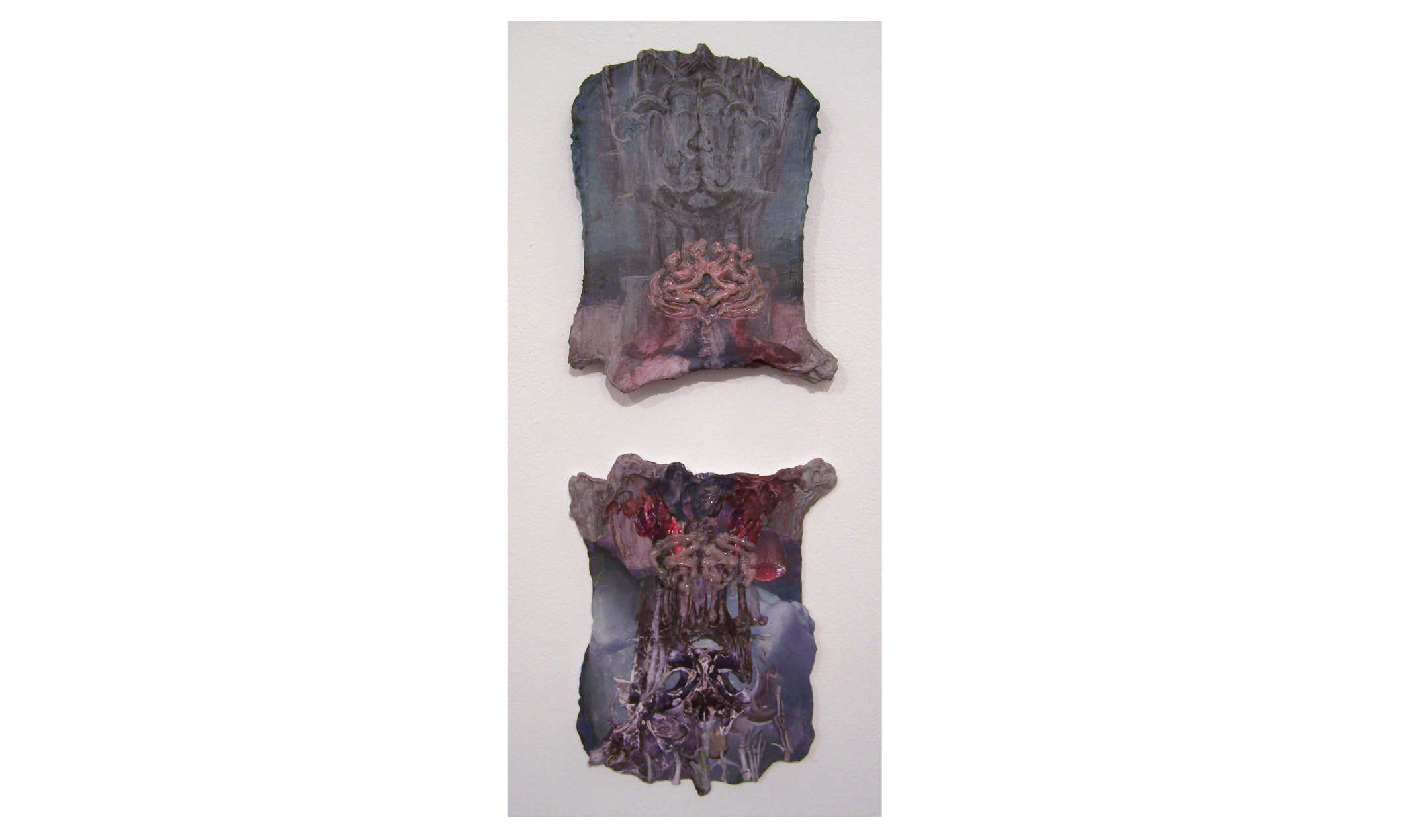 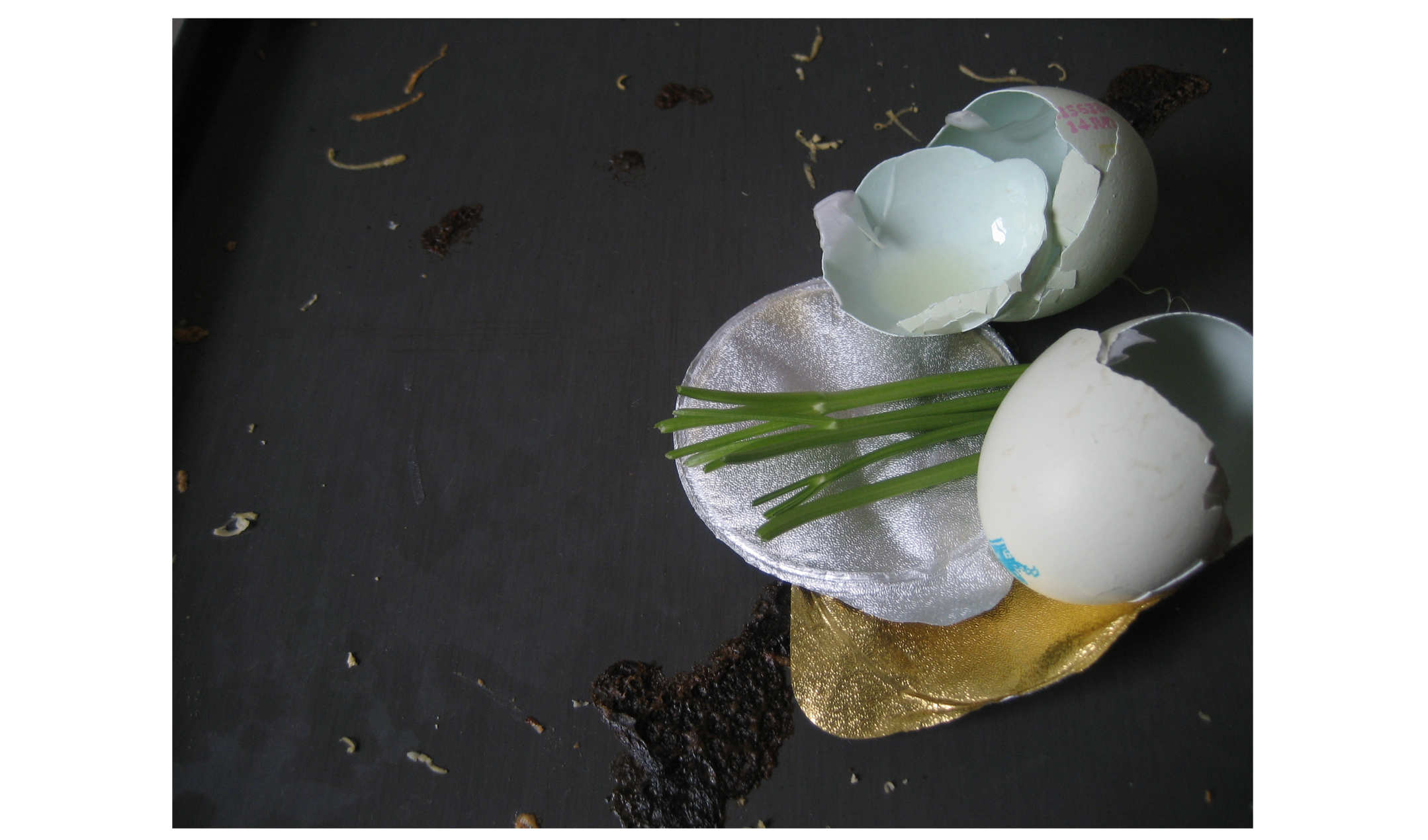 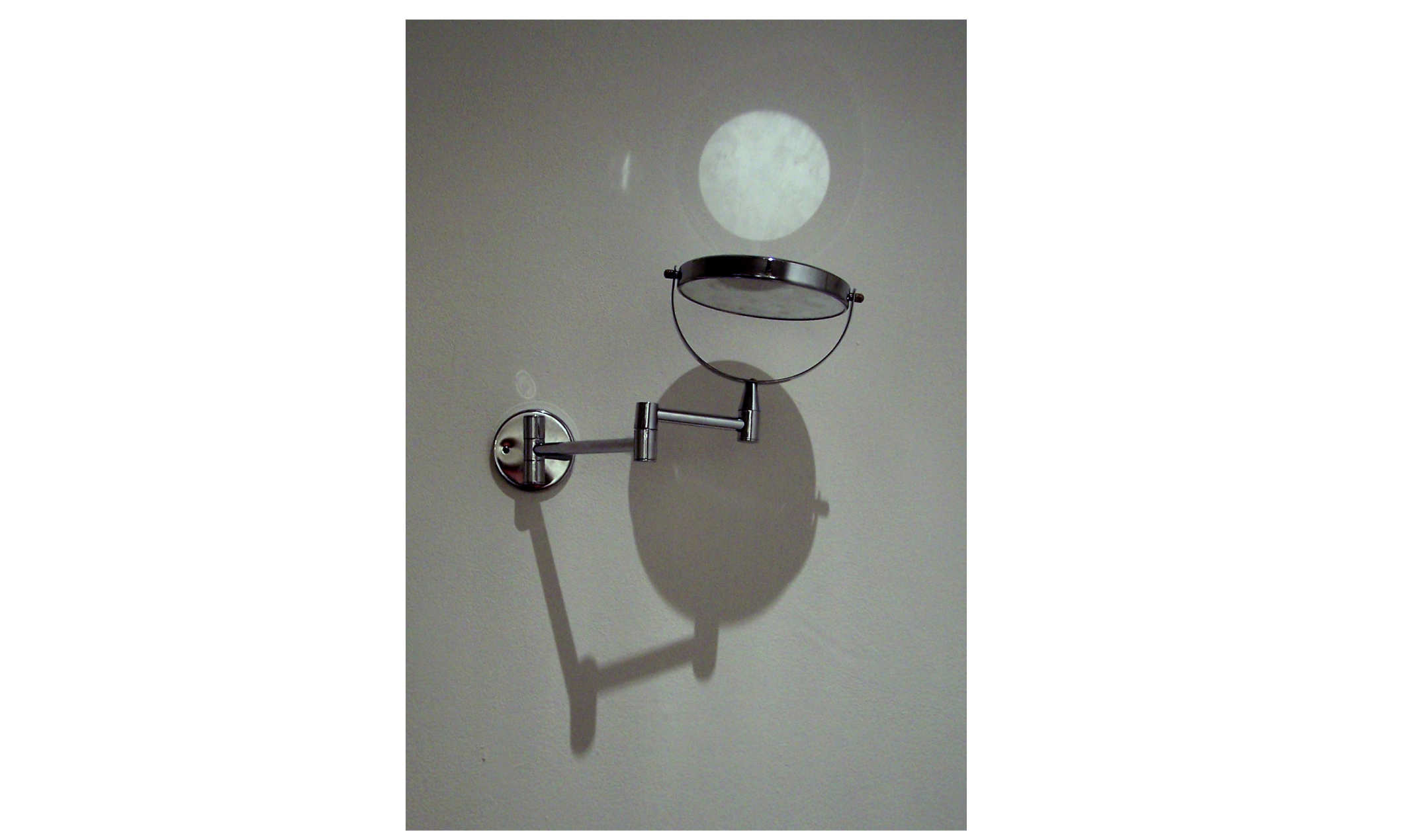 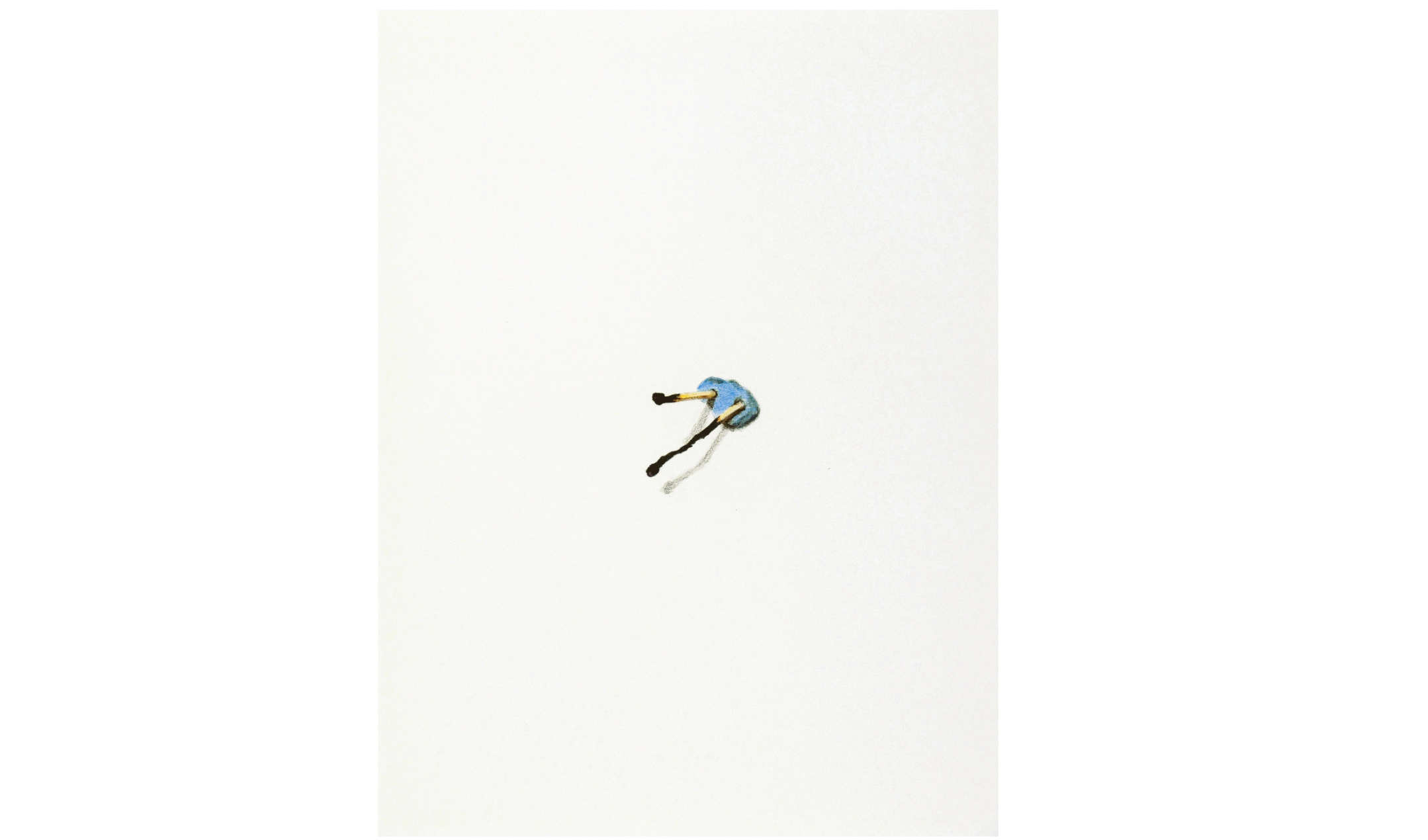 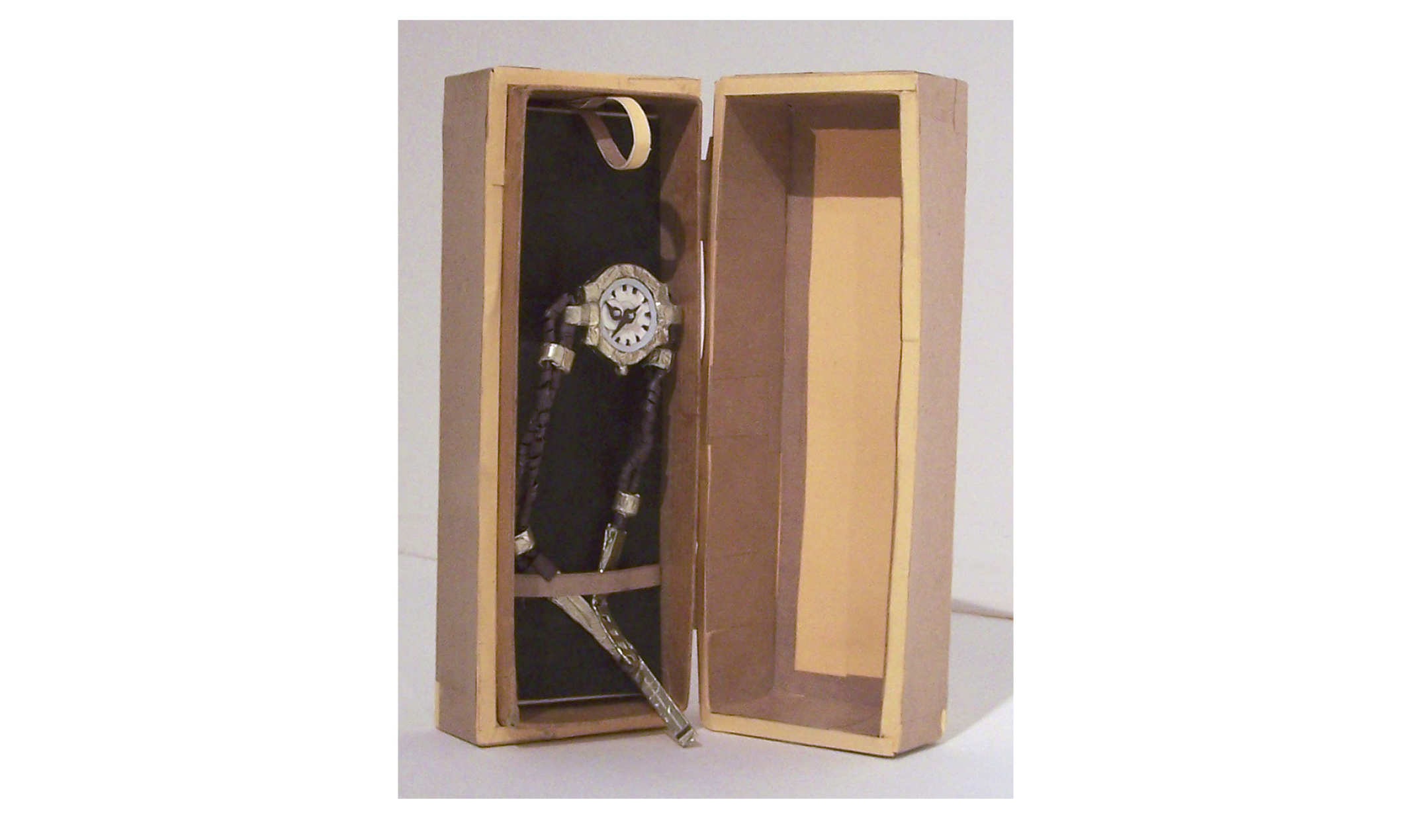 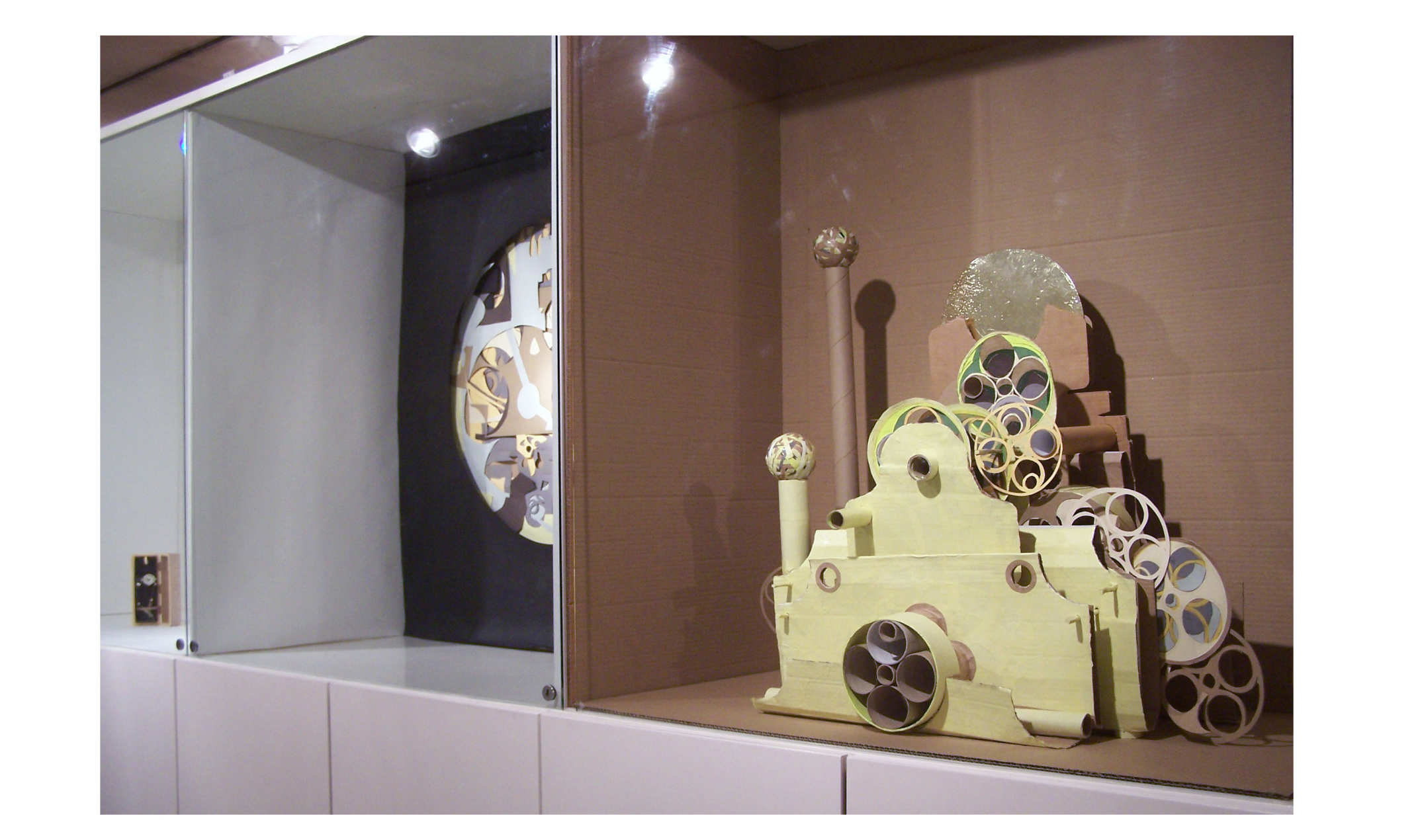 The idea of the double has long haunted the human imagination. Our contemporary obsession with cloning can be traced back to a fear of duplication evident in the mythology of Ancient Egypt. In literature, it is especially prevalent in the 19th century Gothic novel, whose stories are filled with ideas of transformation, rebirth and the split personality. The double threatens and fascinates in equal measure. Our own mirror image attracts and repels, offering a vision of the self that is both of us and yet fundamentally separate. The innate fear that our reflection – and by implication, our body – could act outside our control is an enduring terror, and therefore an abiding theme within psychology, literature and art.

For Double Trouble, artist and curator Mindy Lee has brought together the work of eight contemporary artists, all of whom explore notions of the double, the uncanny, and of metamorphosis in their work. Transformations occur within all the works in the exhibition, in the form of duplication or splitting, of adaptation over time, or of shifts in meaning and perception.

Julie Cockburn’s art investigates the transformations we go through over our lifetime, particularly the slow adaptation from child to adult. Cockburn works with drawings that she created as a child, stitching over the naïve scribbles made by her former self with the controlled handiwork of an adult. The original work is destroyed in the process, though its form lives on, the free strokes of childhood replaced by the precise and disciplined actions of Cockburn’s adult hand.

Neil Gall’s art is in part an experiment in form, with each work beginning as a sculpture before being recreated as a drawing. His piece in Double Trouble echoes the fetishistic sculptures of Hans Bellmer, yet it also draws on childish play, with the original object created through a game with his young son. Such innocent fun is lost by the time Gall has immaculately reproduced the object on paper, however, where the hasty and unrefined form no longer speaks of a chance construction but of suppression and fear.

The distortions within Clare Mitten’s work are less threatening. Drawing inspiration from the technological gadgets that fill our world, such as mobile phones and laptop computers, she reconfigures these sleek forms as deliberately lo-fi, handmade sculptures. Nothing remains static in Mitten’s work, for she then uses these 3D objects as the subjects for paintings, before later transforming the new images back into sculptures. Like a game of Chinese whispers, the original form of her work becomes blurred and distorted as it shifts and reconstructs, while new associations and possibilities emerge.

Sue Sluglett has a fascination with the detritus and debris of everyday life, regularly photographing the discarded remnants of her cooking just before they are swept into the bin. Her images embrace chance, savouring the unexpected compositions that a rushed kitchen can create, while offering these throwaway items an unlikely longevity in film. The rubbish serves as a poignant reminder of the object it was once part of, yet is presented with the magnificence of a still life painting.

The everyday is also at the basis of Paul Vivian’s work. Vivian takes overlooked items – a burnt matchstick or a piece of blu-tack – and combines them to create miniature moments of expression. He often records these moments as drawings, imbuing the chance configurations with a meaning beyond their form. At Double Trouble, he is also exhibiting Moon, a sculptural work that transforms a mundane stained bathroom mirror into an atmospheric light show.

Mirrors form the inspiration for Oona Grimes’ drawings here, specifically the multiple mirrors at the mansion house in Tatton Park. Created as part of a series of work that was exhibited in the Tatton Park Biennial earlier this year, titled Mirror Agnosia, Grimes’ piece muses on the complex relationship between the last Lord of Tatton, Maurice Egerton, and his mother. The drawings here present the mirror as two halves, fractured and distorted.

Death Star (and baby) is a two-part sculptural work by Richard Ducker, which combines empty plastic water bottles with tactile black felt to create an unexpected version of an iconic image in the history of art, the mother and child. The work humorously acknowledges our fascination with science fiction and the possibility of life on other planets, bringing these popular culture references into an art context via a sculpture that, while down to earth in construction, reflects an otherworldy presence.

Alongside curating the exhibition, Mindy Lee is also exhibiting two of her paintings in Double Trouble. Each work is displayed in two parts, as if a section has broken off and slid down the wall, befitting the visceral, organic quality of Lee’s painting. While alluding to classic landscapes or portraits, the works appear to have been invaded by body parts – in one a large eye is central, another features a kind of intestinal tract. The physicality of the works is compelling, despite invoking a shiver of disgust.

What unites the works in Double Trouble is a recognition of the uneasiness caused by the doppelganger, or by any shape-shifting or hybrid creature. By occupying a space between the familiar and the strange, these unsettling ideas draw awareness to our vulnerability, our sense of mortality, and the vast unknowns that lie beyond the bounds of our knowledge.