Tracing shadows in the dark 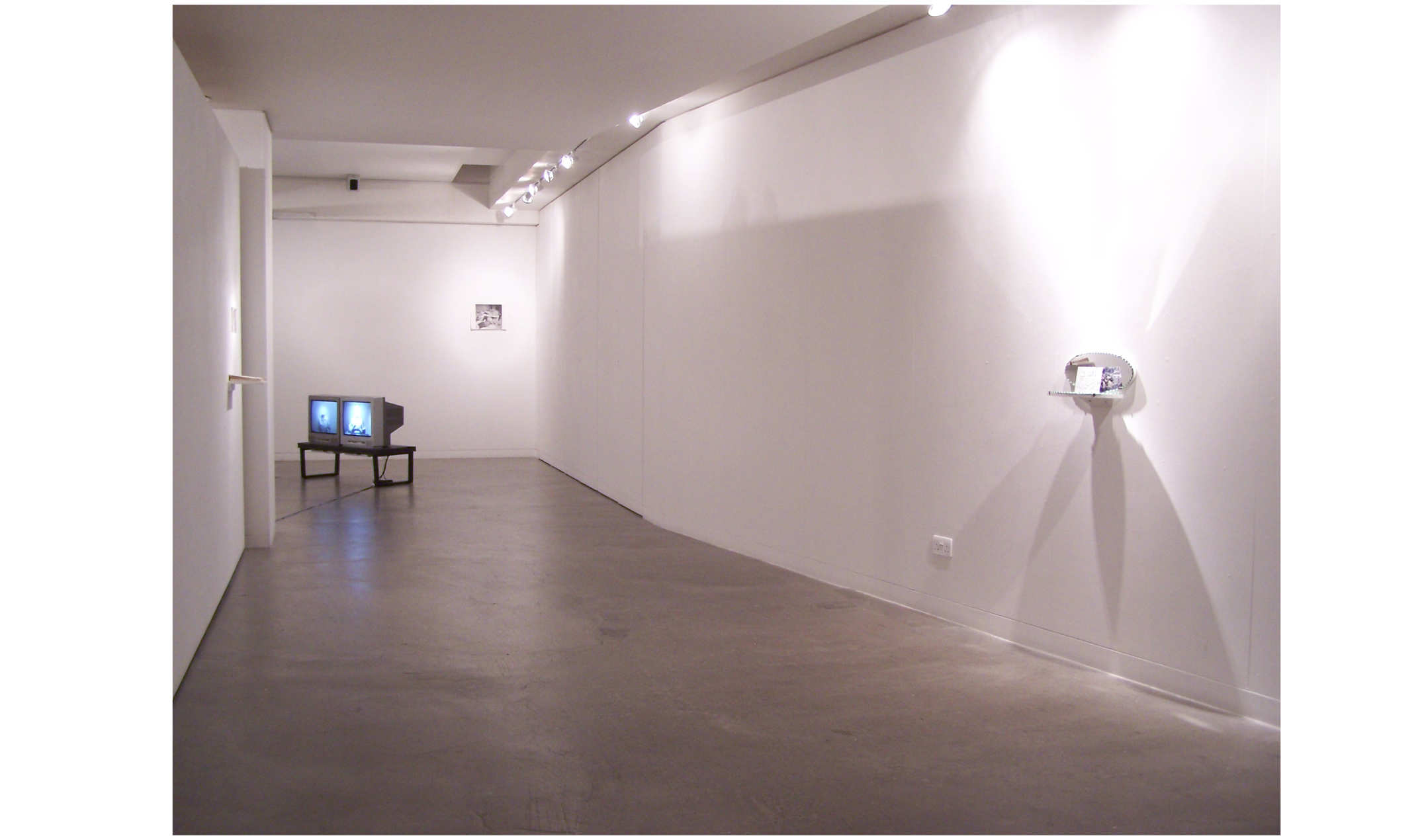 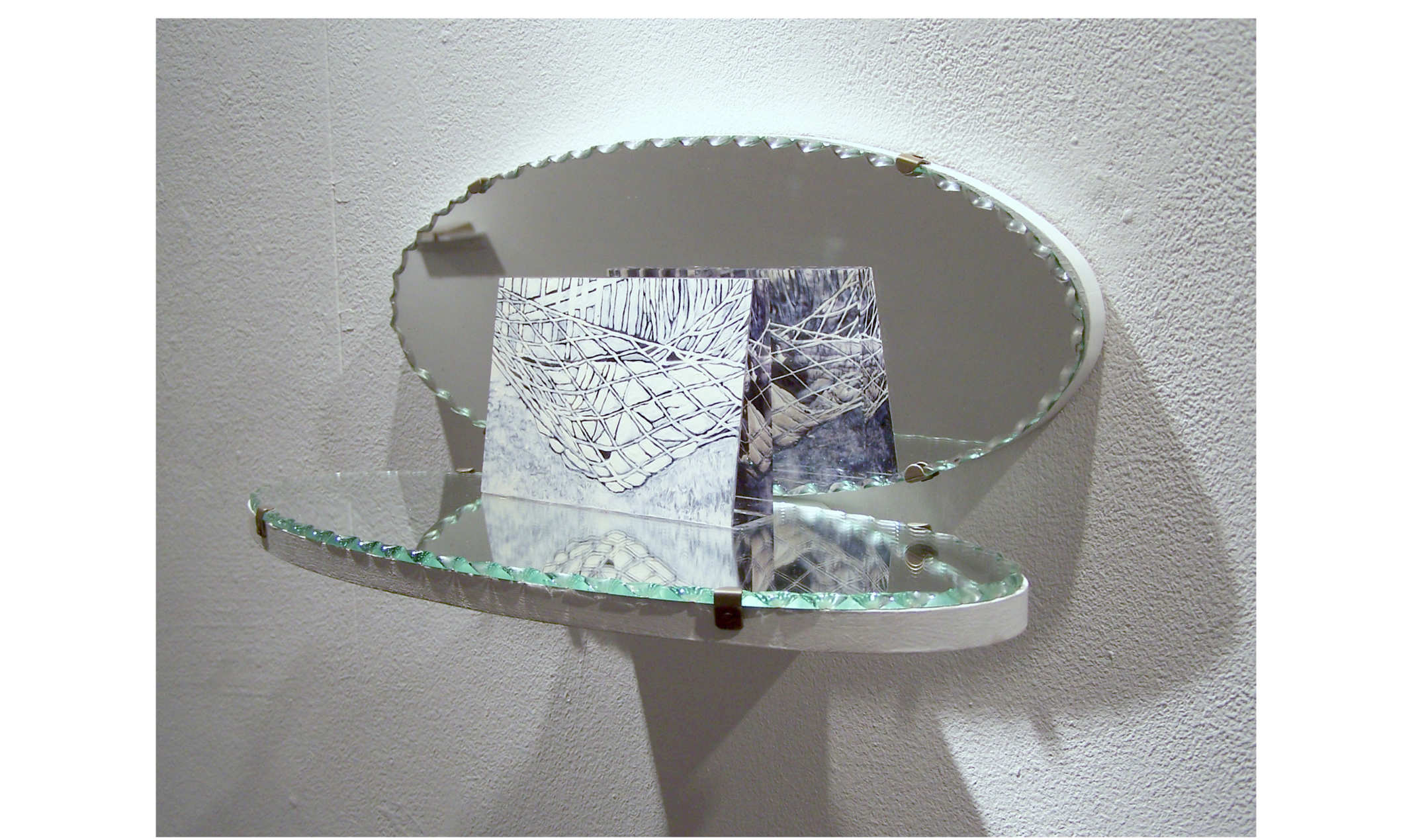 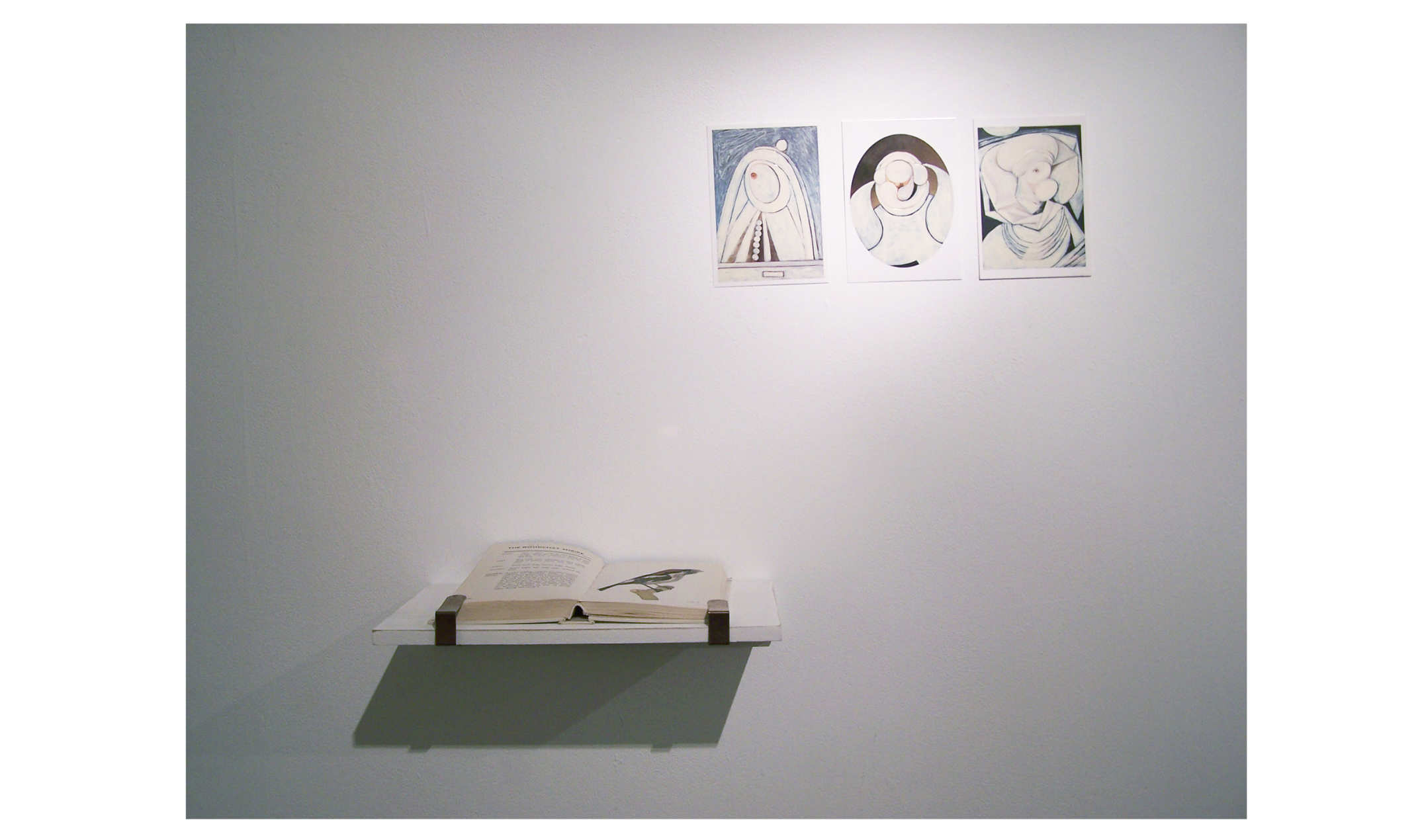 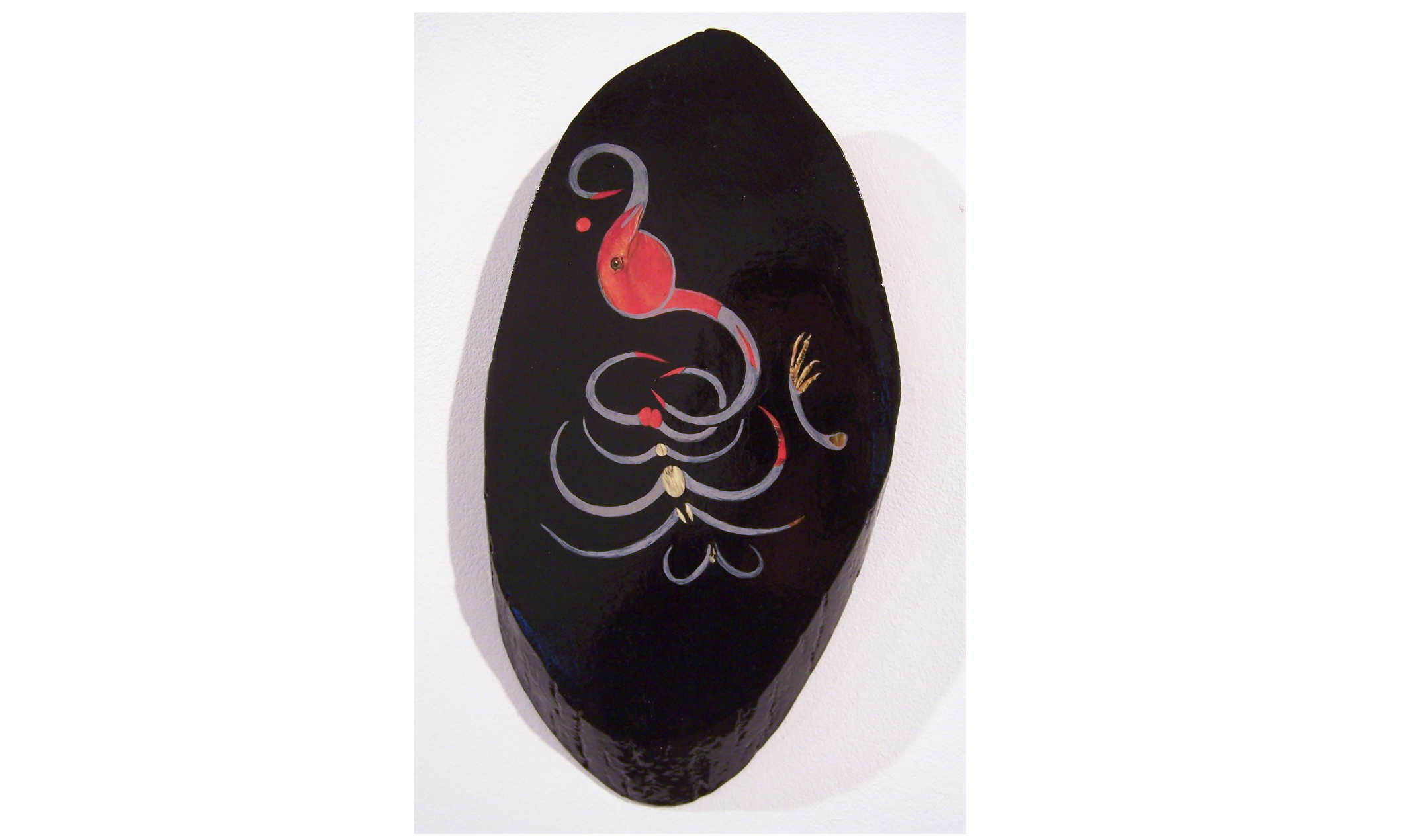 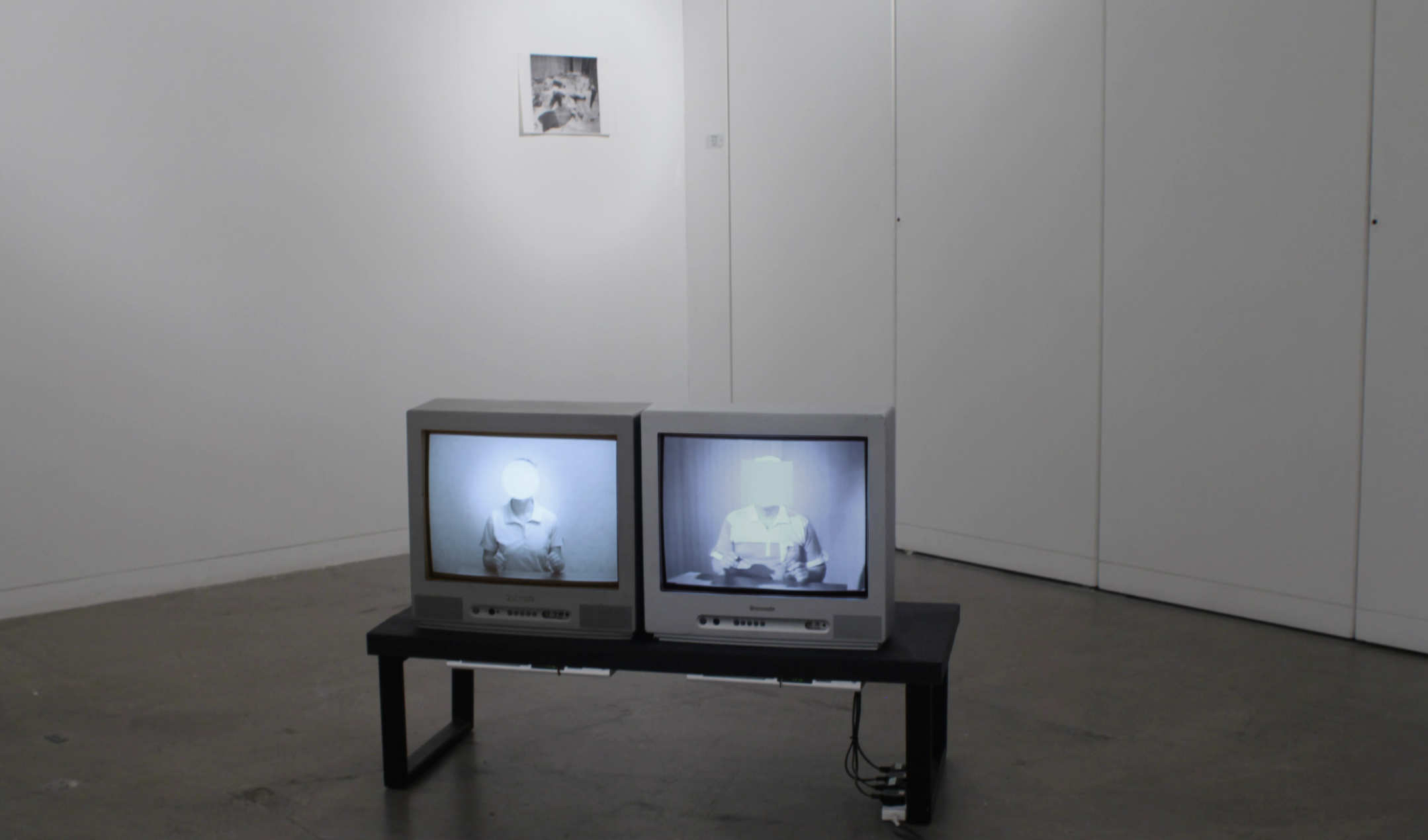 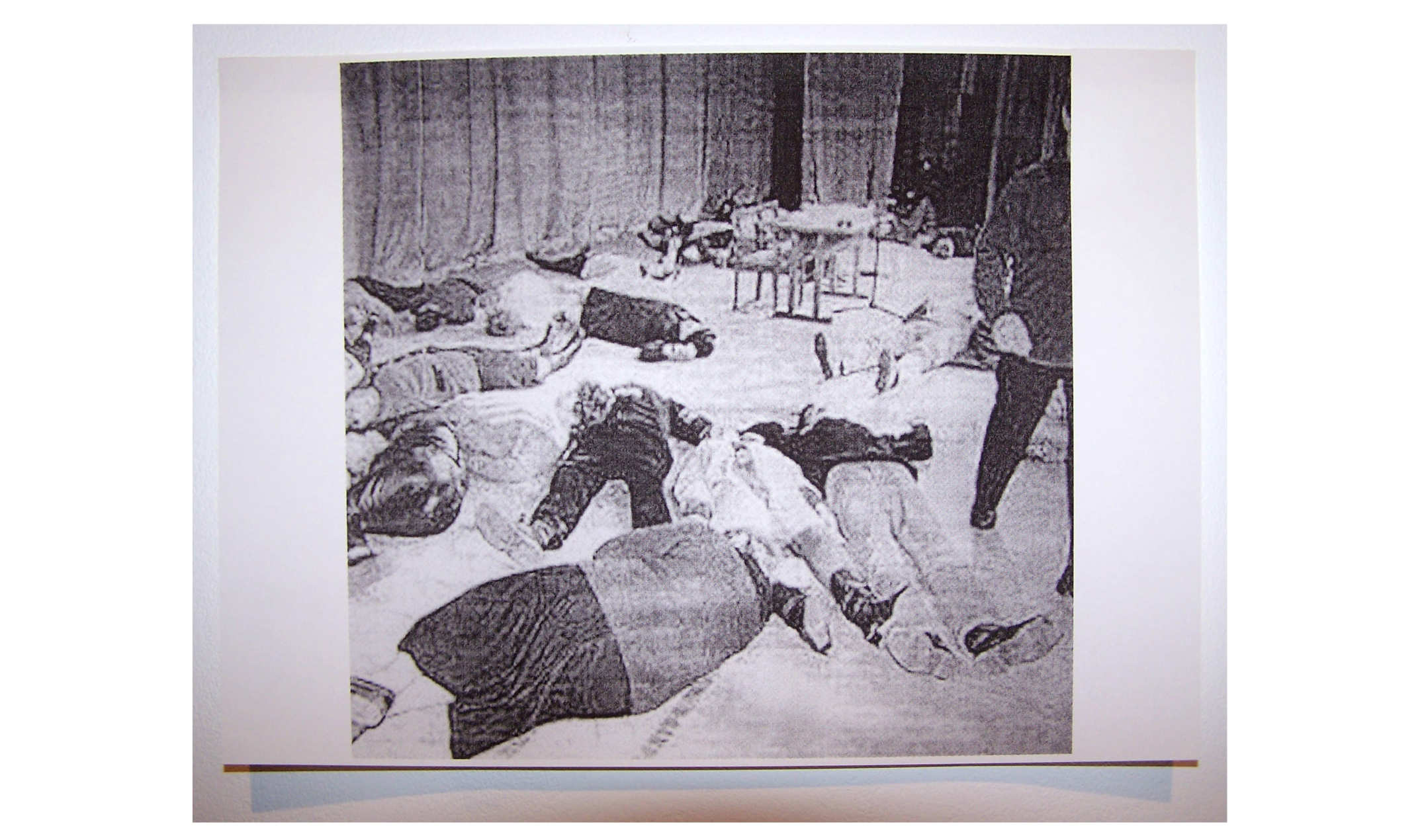 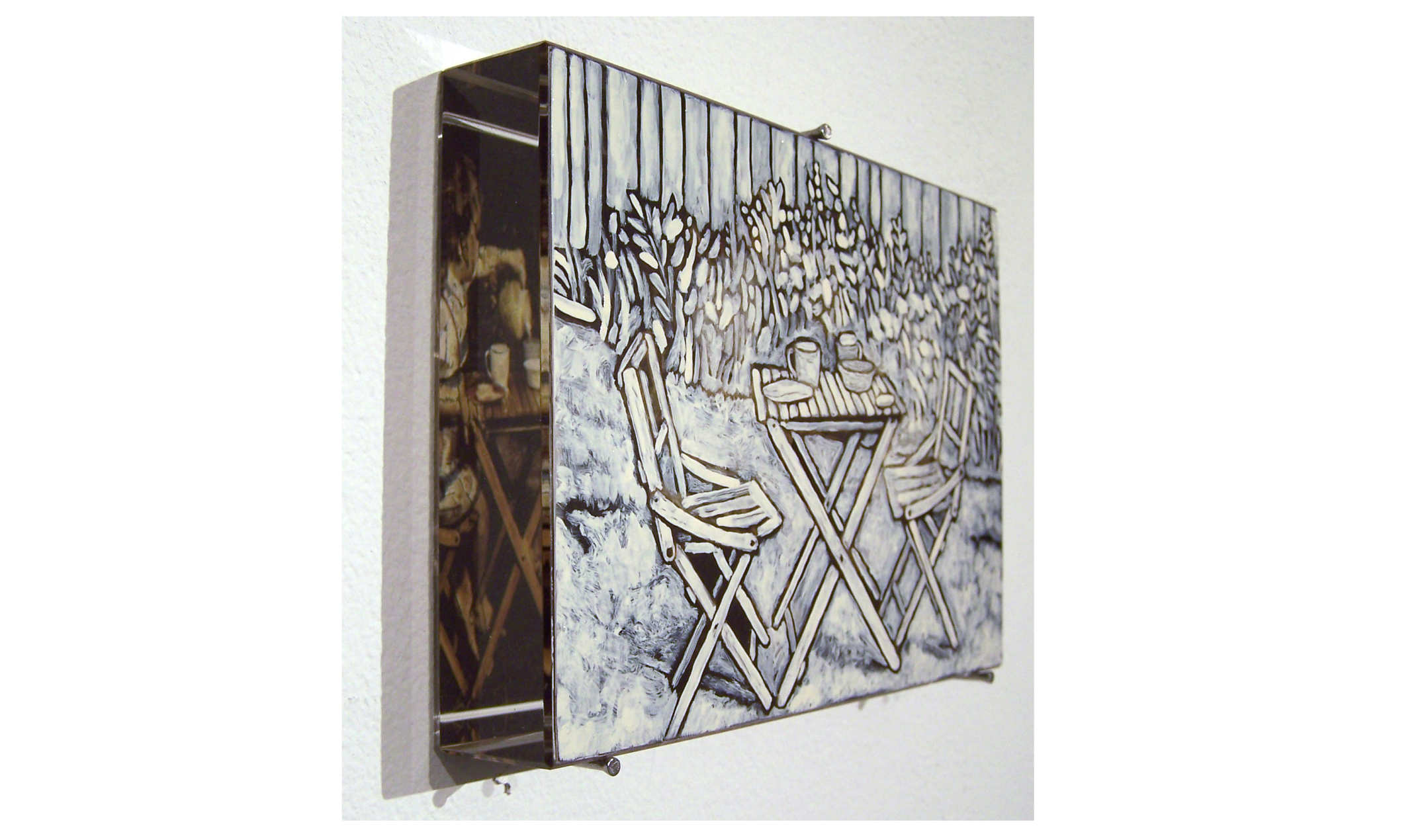 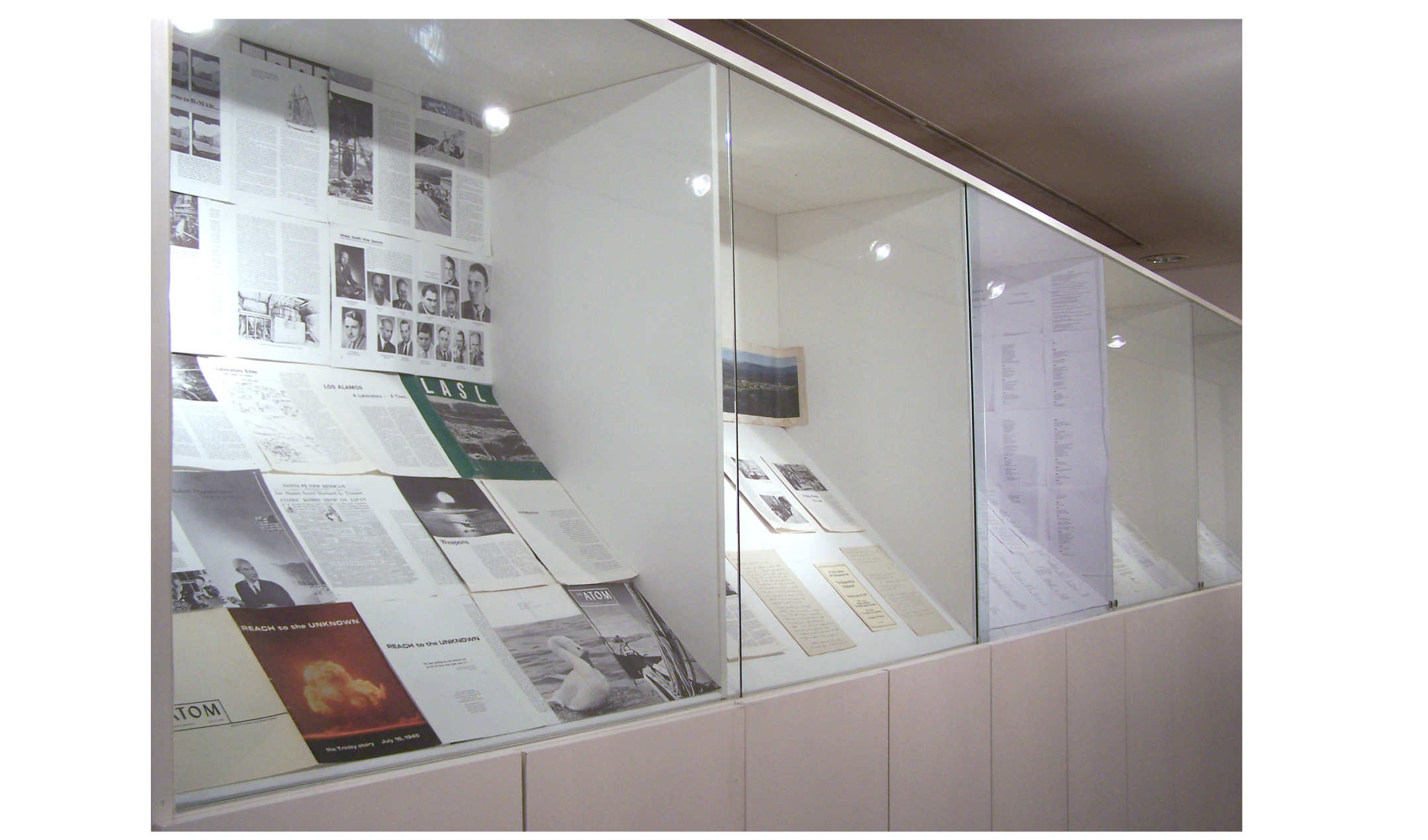 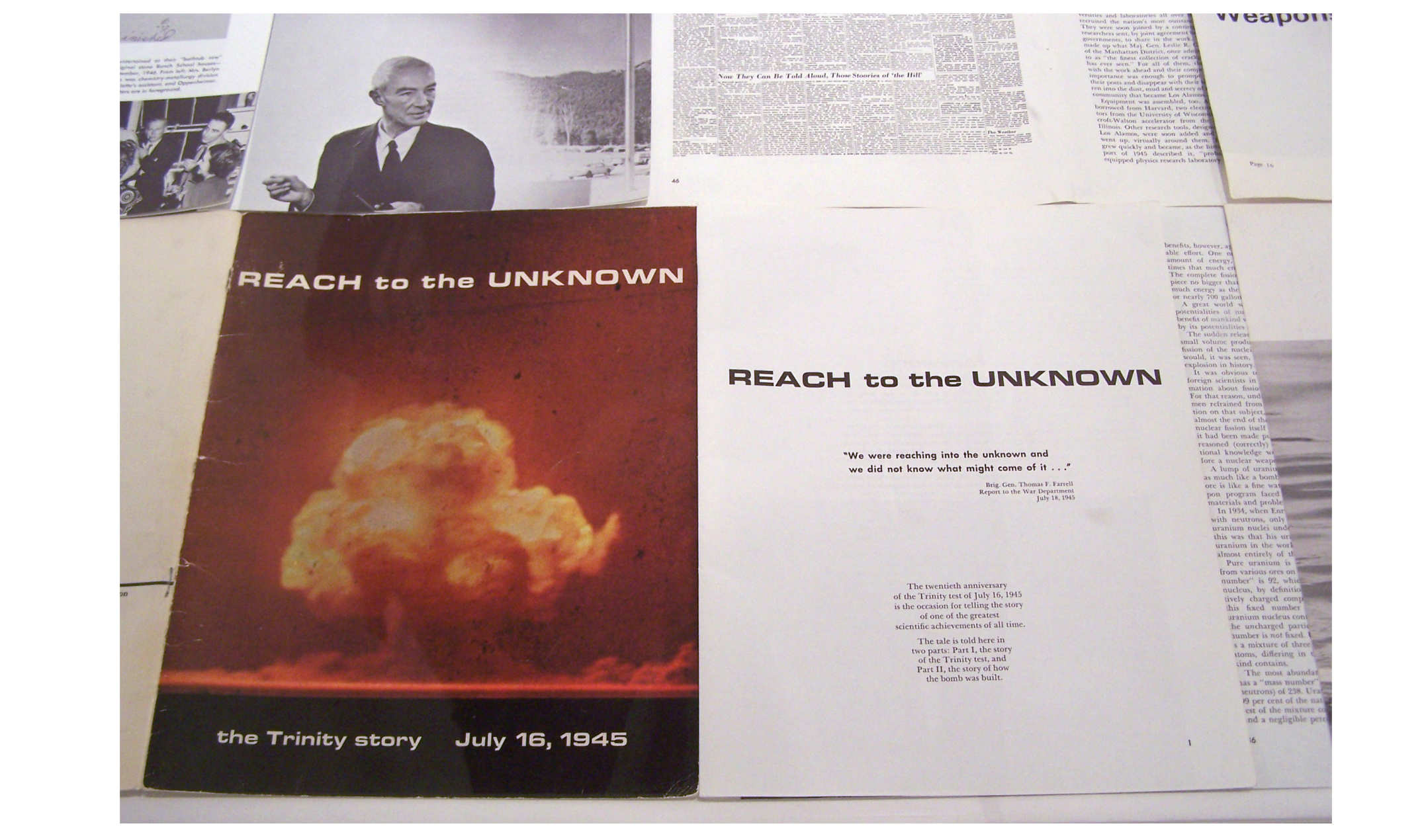 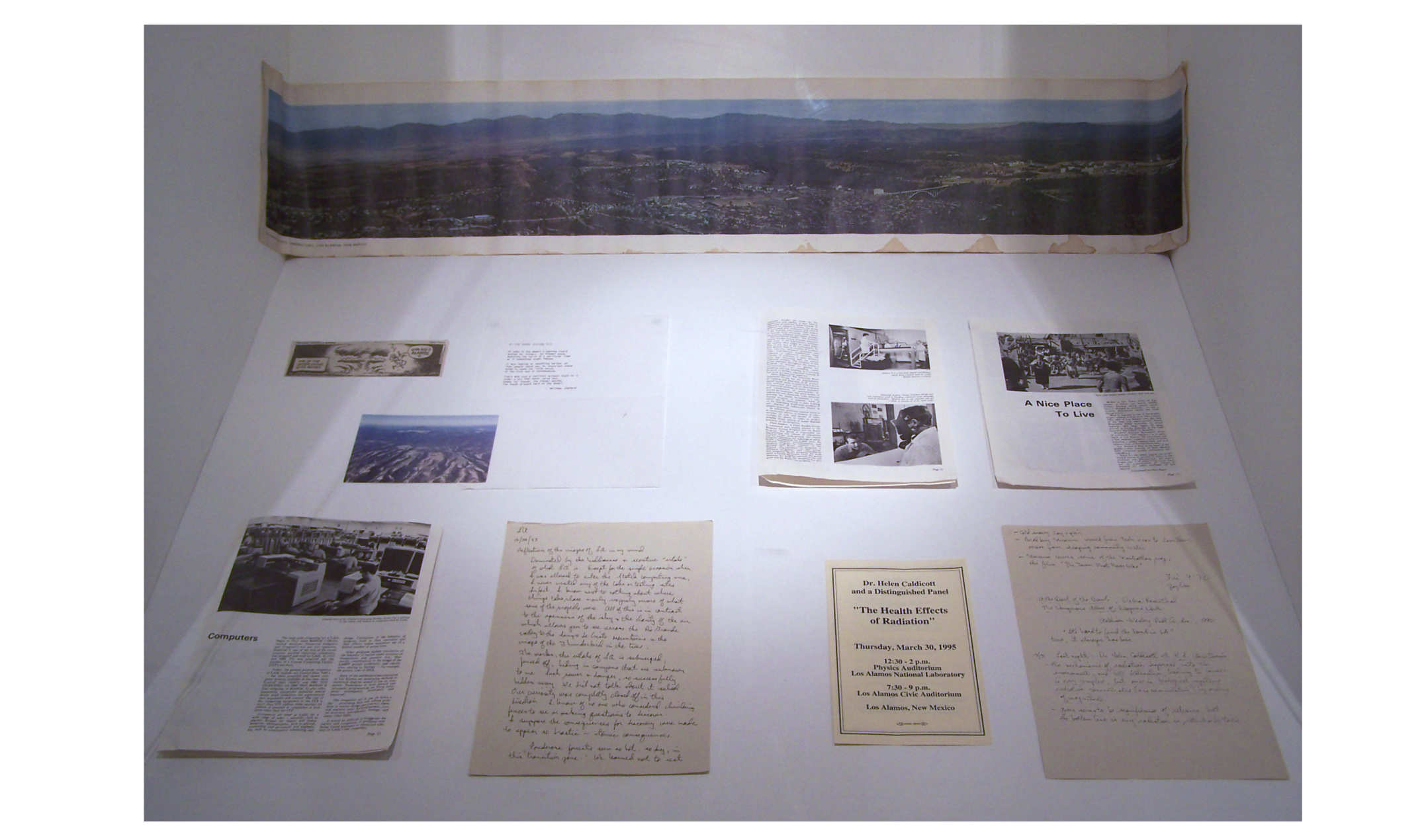 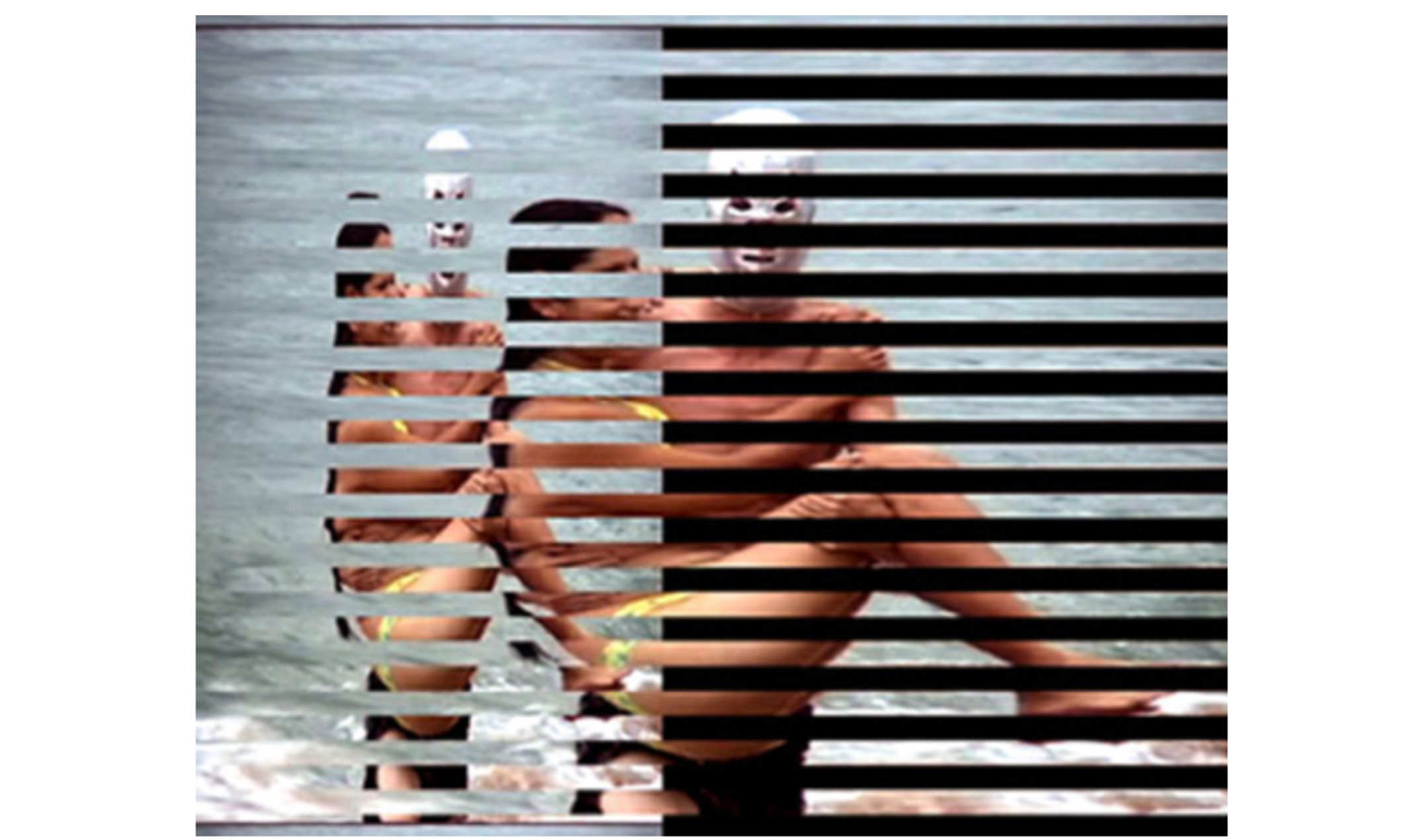 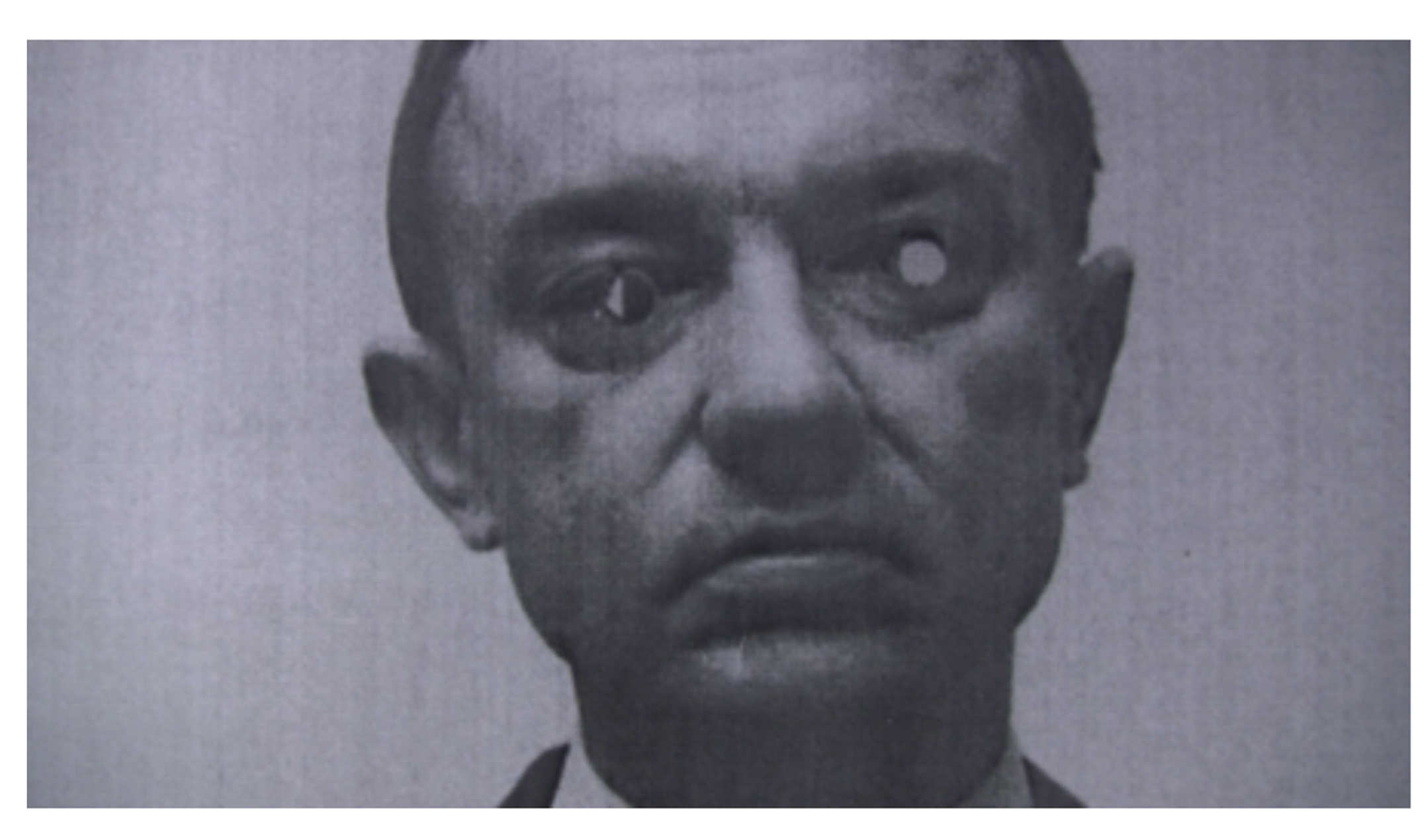 Artists in this exhibition: Majed Aslam, Elena Gavrisch, Christina Manning Lebek, Yelena Popova
‘Tracing shadows in the dark’reflects the ability of light to reveal what is hidden. In the vastness of history where everything seems to amalgamate, an otherwise invisible presence becomes outlined. Whether it is the secrecy surrounding Yelena Popova’s hometown or Paul Strom’s personal archive in Christina Manning Lebek’s work, personal histories presented in this exhibition are illuminated against the backdrop of history.
The other two artists scrutinize images subscribed to the past by direct intervention. In Majed Aslam’s piece the image is stripped and deeply labored into so that it becomes nearly dissolved. In Elena Gavrisch’s work historical material is used for scripted action. The present is camouflaged into the past.
This play of revealing and concealing is poignant within Popova’s work where penetrating light burns through her glass paintings, merging and exposing both the surface and the reverse, allowing the viewer to experience several layers of reality. Her work reflects the multi-layered existence of her childhood. Separated from the harsh reality of Soviet life, Popova grew up surrounded by beautiful lakes in a city, which was a secret nuclear research settlement. The all-exposing light is an object of fascination for Popova as she tries to reconcile the utopia of her childhood with the dystopian role of her hometown in nuclear history.
In contrast, Manning Lebek’s City Upon A Hill, works with a separate individual’s archive. Paul Strom grew up in a religious family within the gated, secret city of Los Alamos, which is located high on a hill in New Mexico. Playing with the irony inspired from a text in the gospel of Matthew, ‘You are the light of the world, a city set upon a hill cannot be hidden,’ Manning Lebek traces a glimpse of American Civil Religion. In this case-contained scrapbook, layers of Strom’s untold narrative, interweave the personal with the political. The fragments indicate that nuclear history is ongoing. It remains in the psyche; it bears witness in the body. Its foggy presence is similar to the meditative surfaces of Majed Aslam’s work.
The indexicality of an image is erased in Aslam’s Untitled 2010. It reveals a previously unknown surface that becomes a new form, emerging through the process of taking away layers of the image. Aslam works into an existing surface, revealing the presence, which has always been there. This is similar to darkness that contains shadows. Only by shining a light onto the work can a shadow be traced.
Bridging time and space in The Mirror Elena Gavrisch slips into the time of an extrasensory faith healer, shaping the invisible matter or nothingness left behind after the collapse of the soviet system. Regularly appearing on the USSR’s state TV channel in the late 1980-s, this historic TV figure claimed that his positive energy could be received through the TV screen, improving the physical and mental health of the audience. Broadcasted live sitting in the pose of a news presenter or politician he silently entranced the masses through repetitive hand passes. The invisible all-penetrating energy was sent through time and space into people’s homes and minds.

Tracing Shadows in the Dark features recent graduates and current students from the Royal College of Art.

featuring works by
Igor and Ivan Buharov | Laure Cottin | Stefan Demming |
Dani Gal | Emanuel Geisser | Alexandra Hopf | Astrid Nippoldt | Agnieszka Polska | Yelena Popova
From the surface, our environment can be deceptive and layers of meaning within science, history, nature or human behaviour remain largely out of sight. In their films, the featured artists deal with secrecy and invisibility and draw out crooked trajectories as well as opaque, enigmatic tales and rituals.The inexplicable and neglected are the main driving forces within their quest for alternative narratives.
- curated by Carmen Billows

The screening event is organised in response to the exhibition Tracing Shadows in the Dark at the Blyth Gallery, Imperial College (12 - 28 January 2011) - a collaborative project between four artist and a curator. Tracing Shadows in the Dark alludes to Secret Cities used as hidden nuclear research laboratories during the Cold War. The obscurity surrounding these mysterious settlements has inspired the artists and curator to meditate on themes of secrecy and invisibility. Through manipulation of matter and drawing upon personal histories they look for entry points into latent and mysterious narratives.