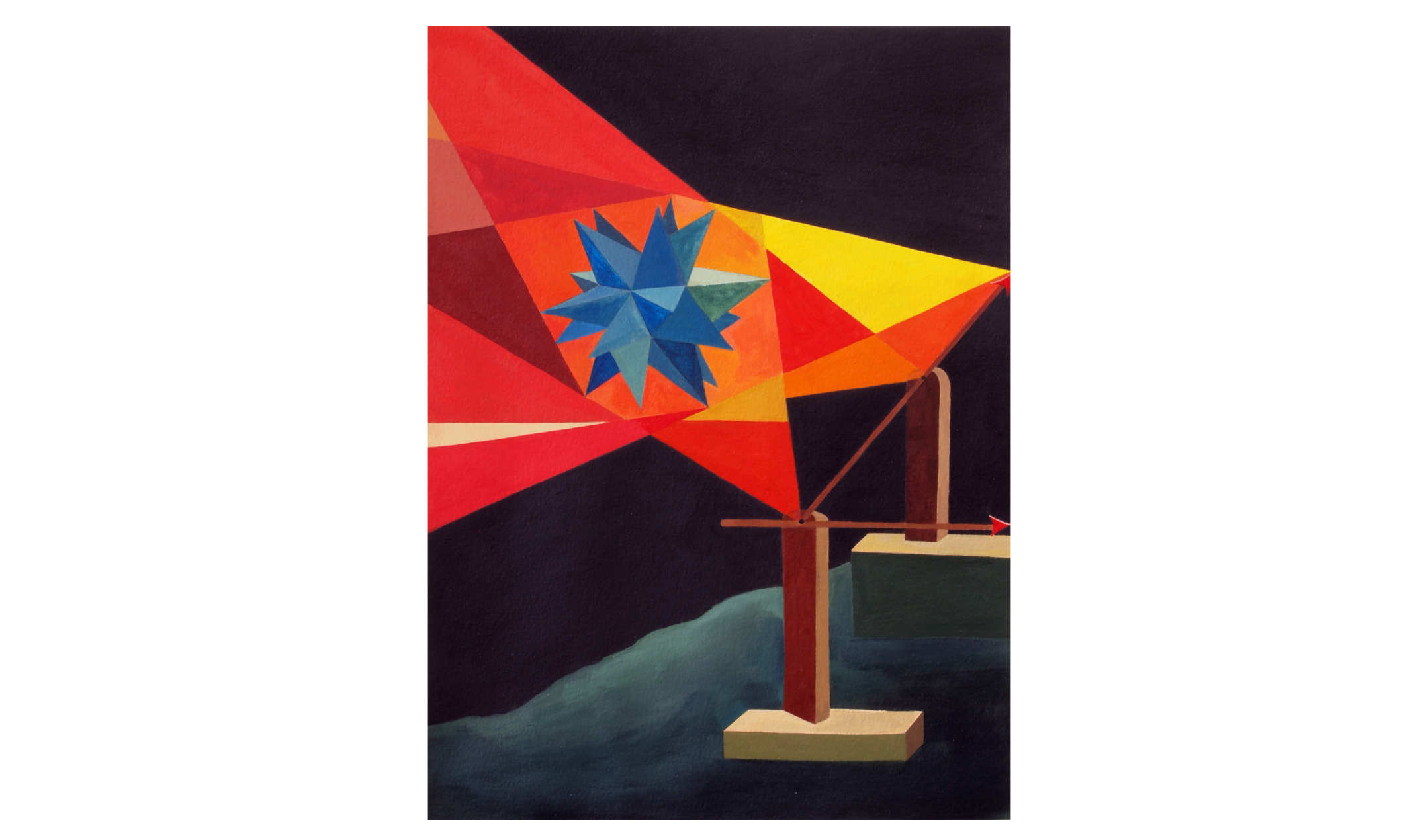 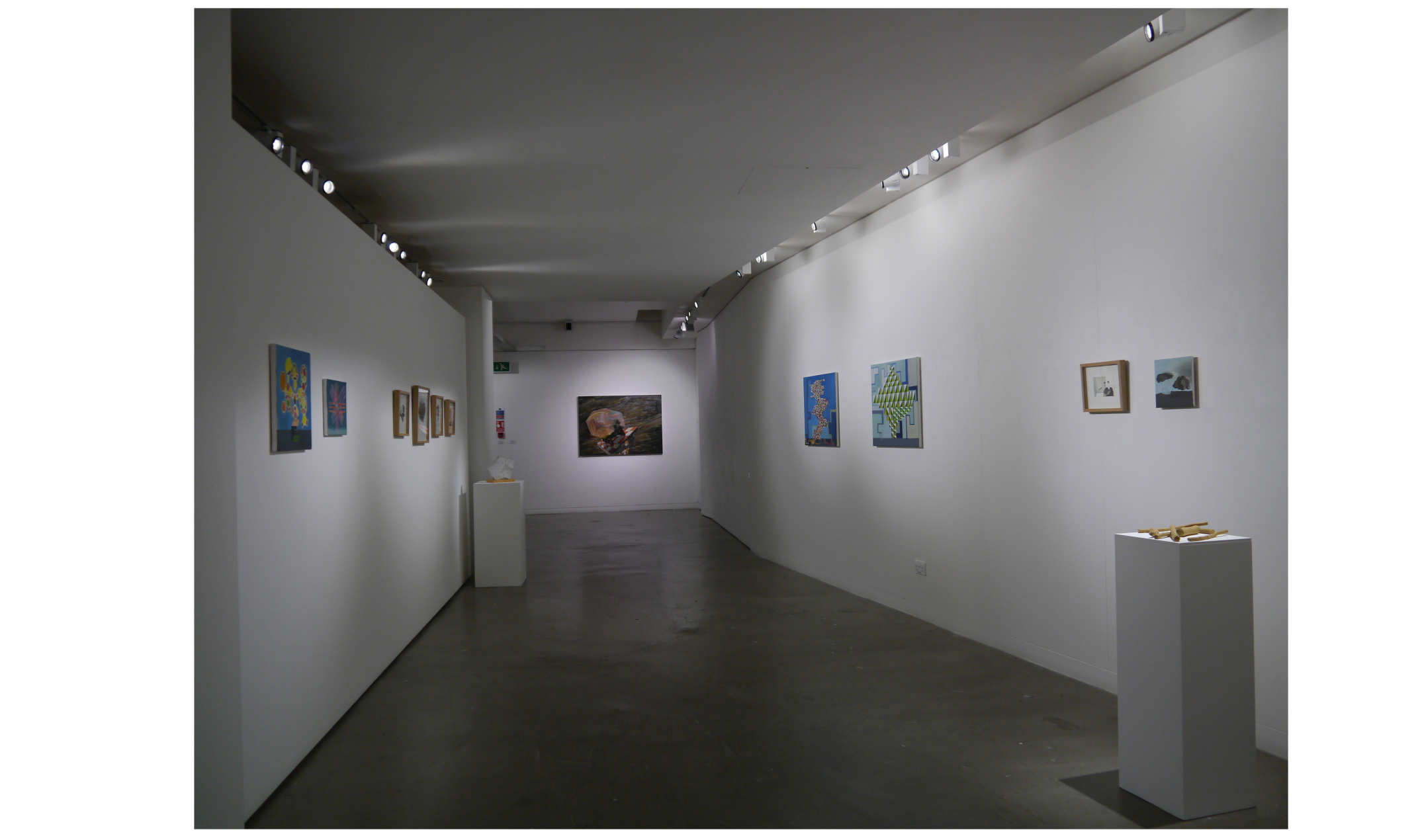 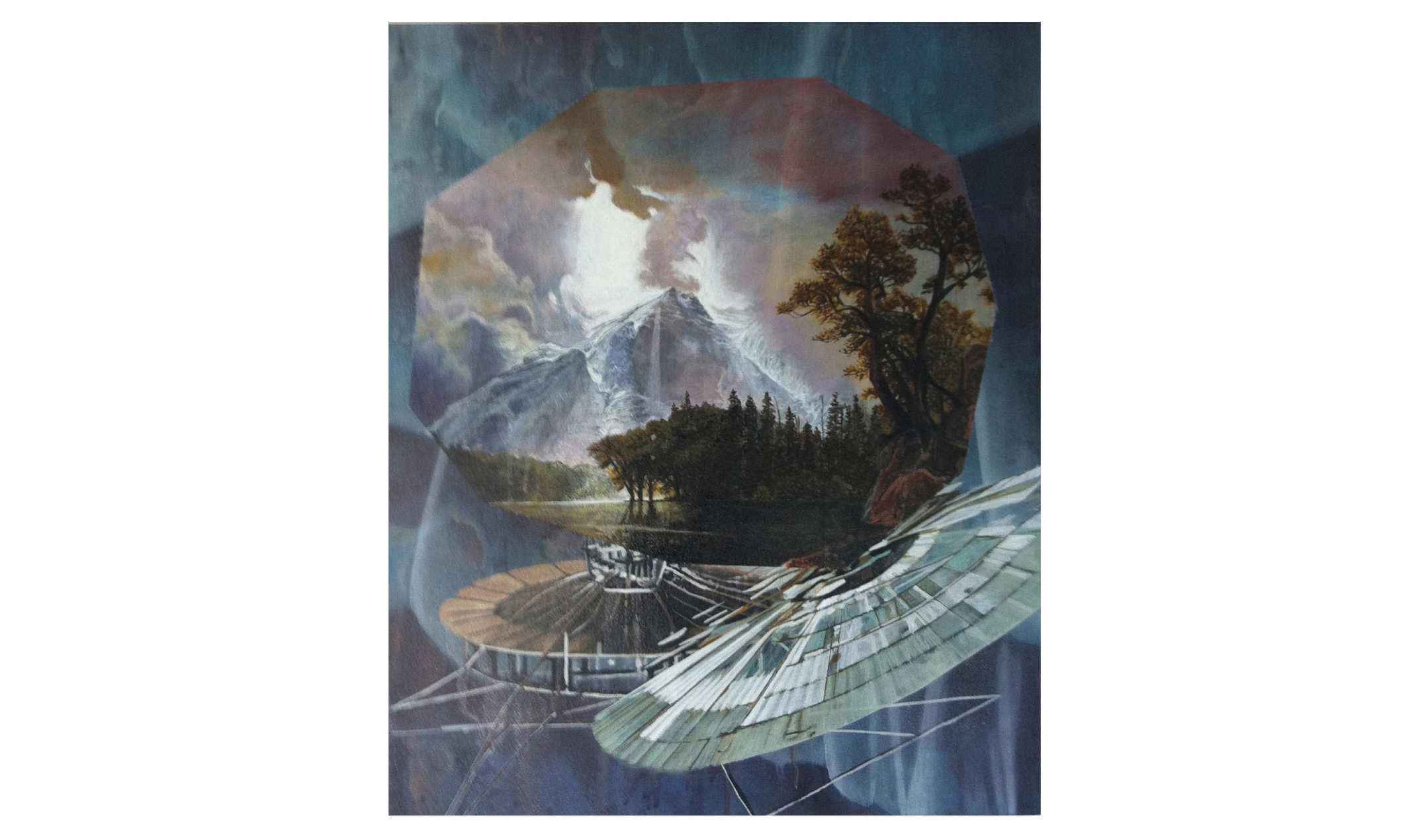 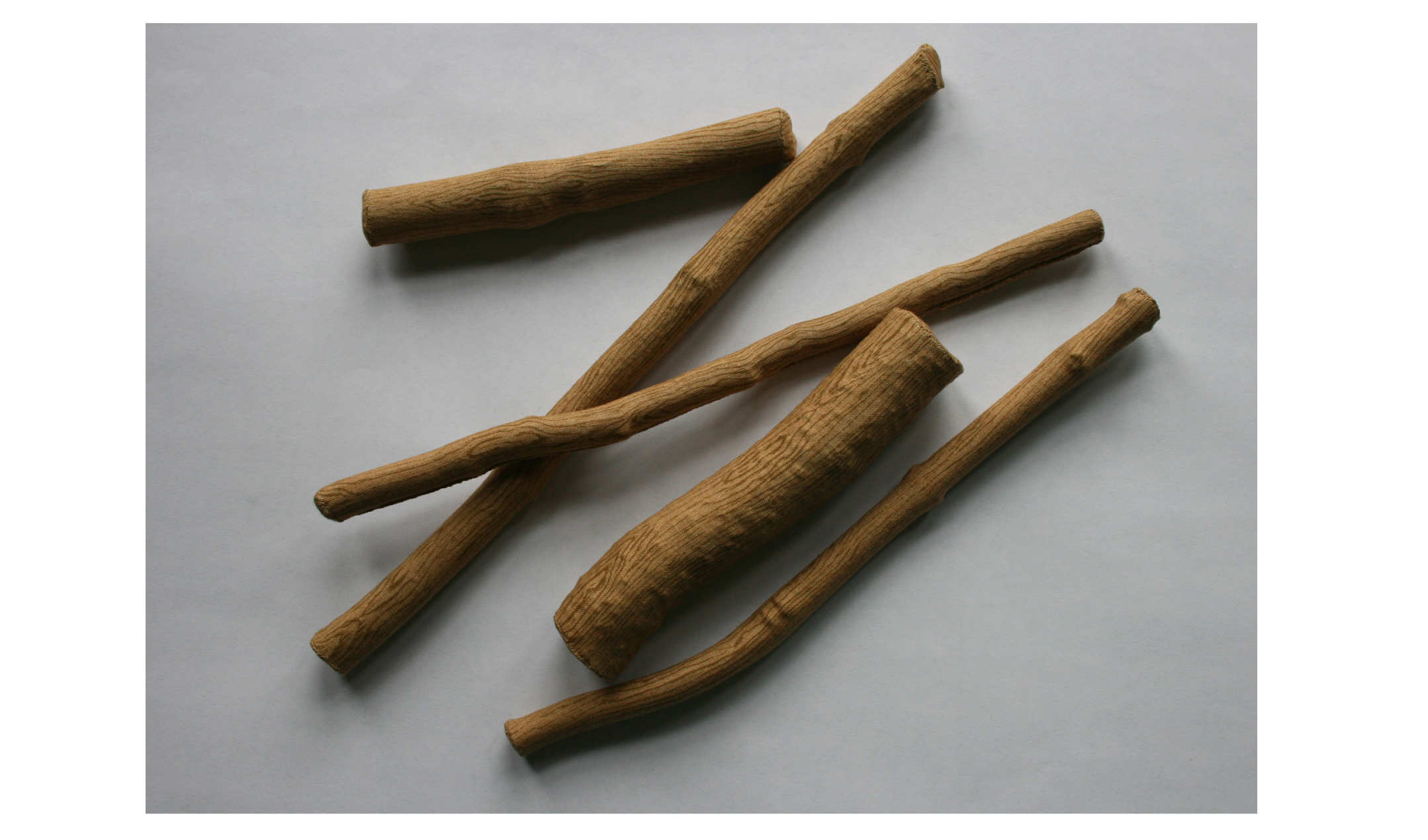 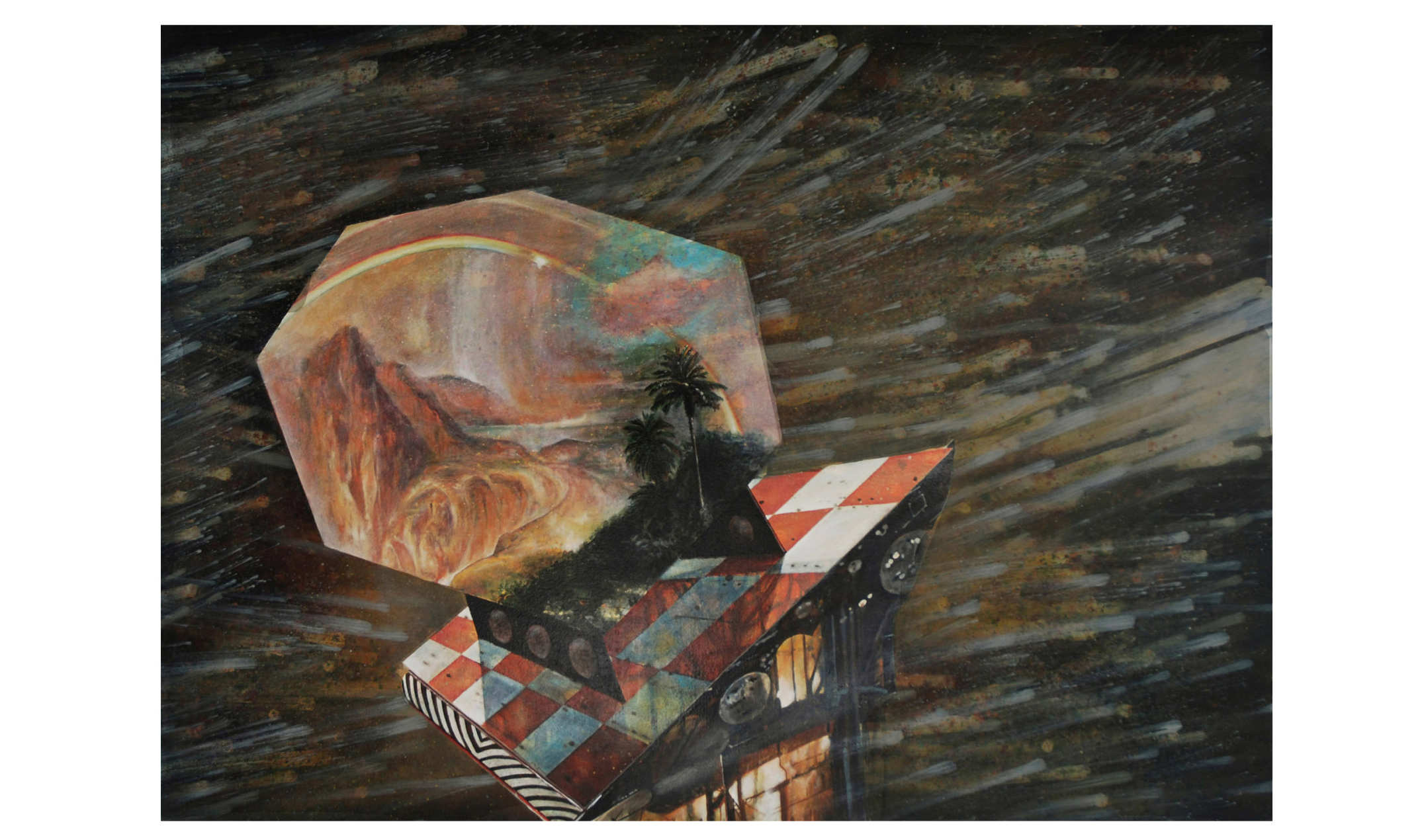 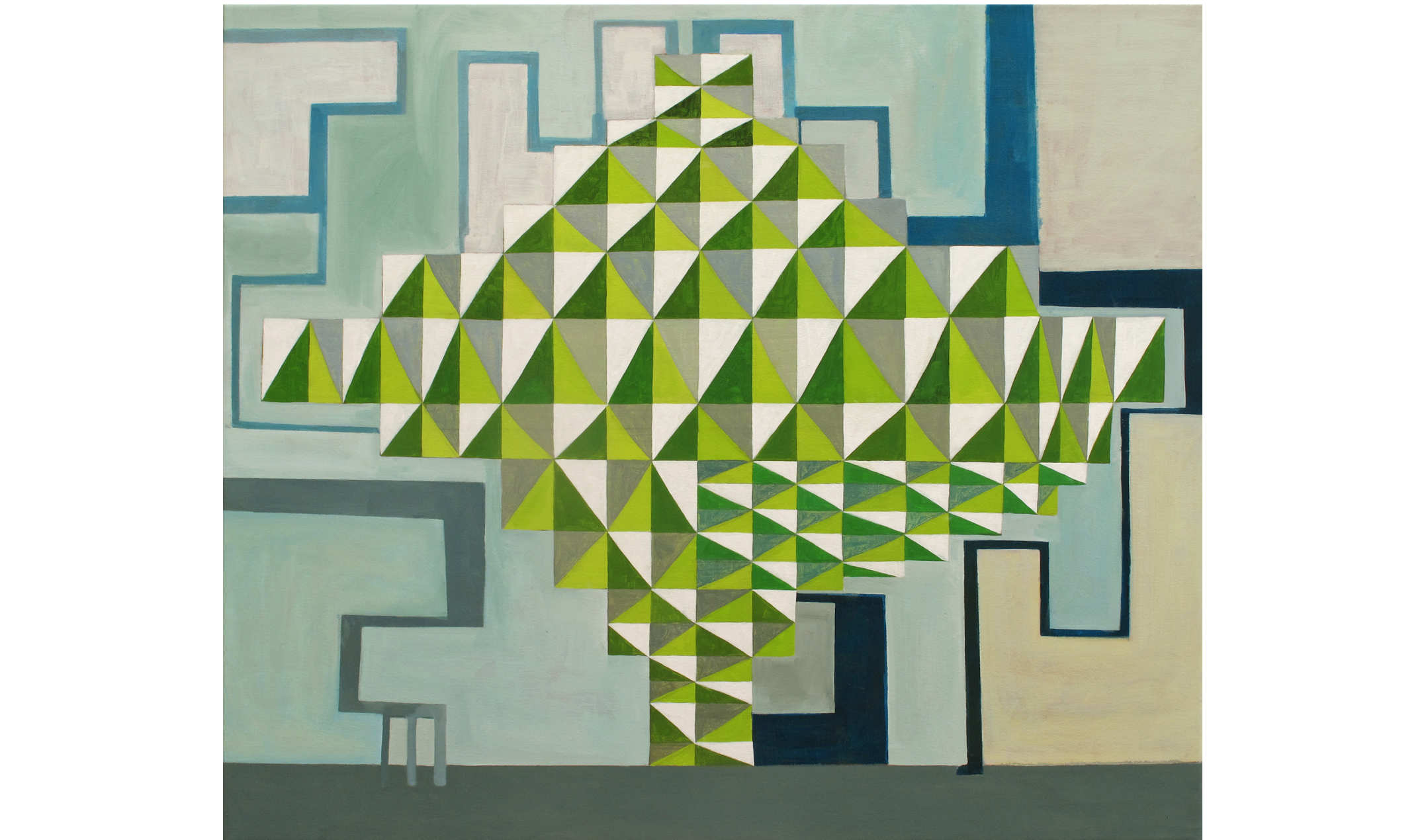 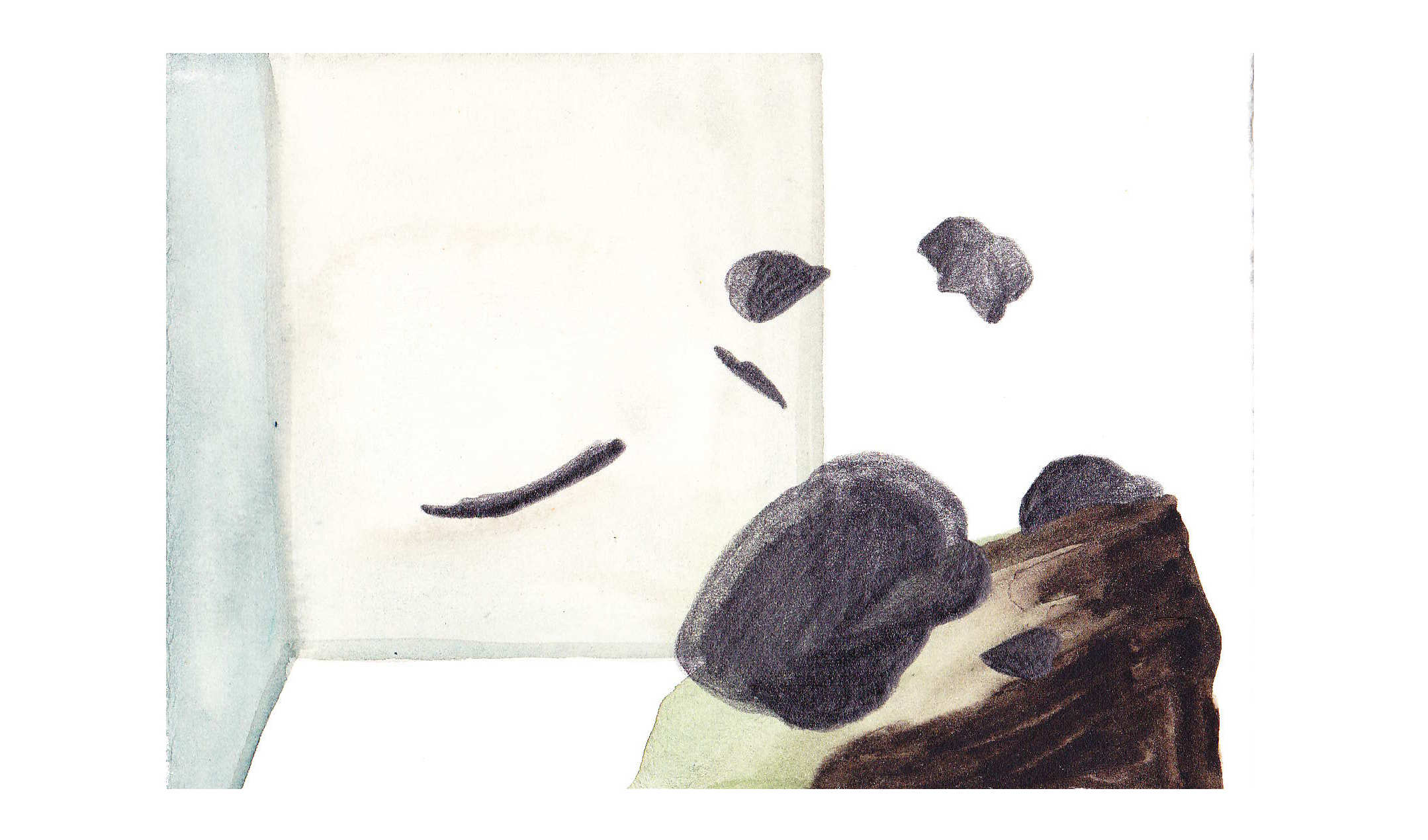 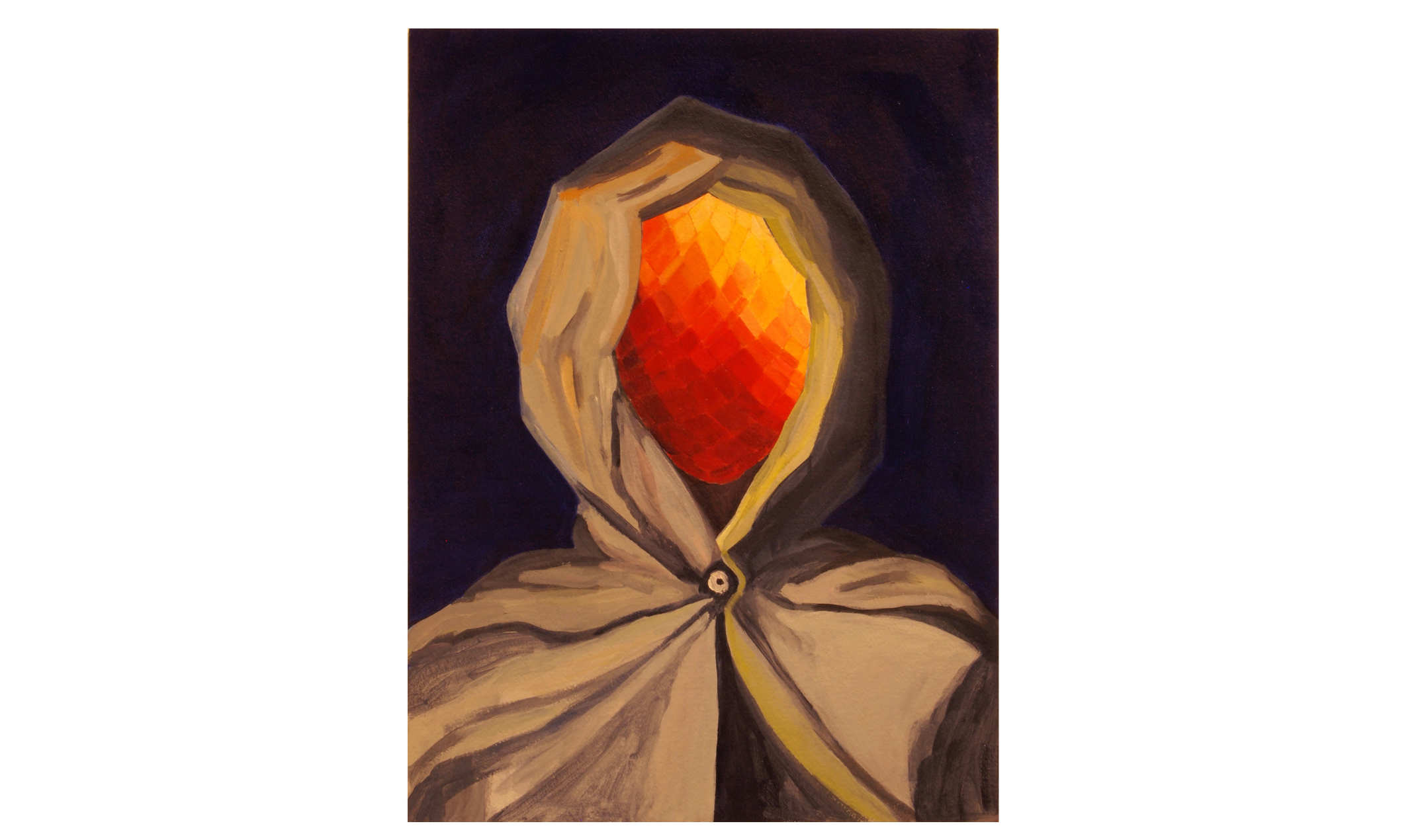 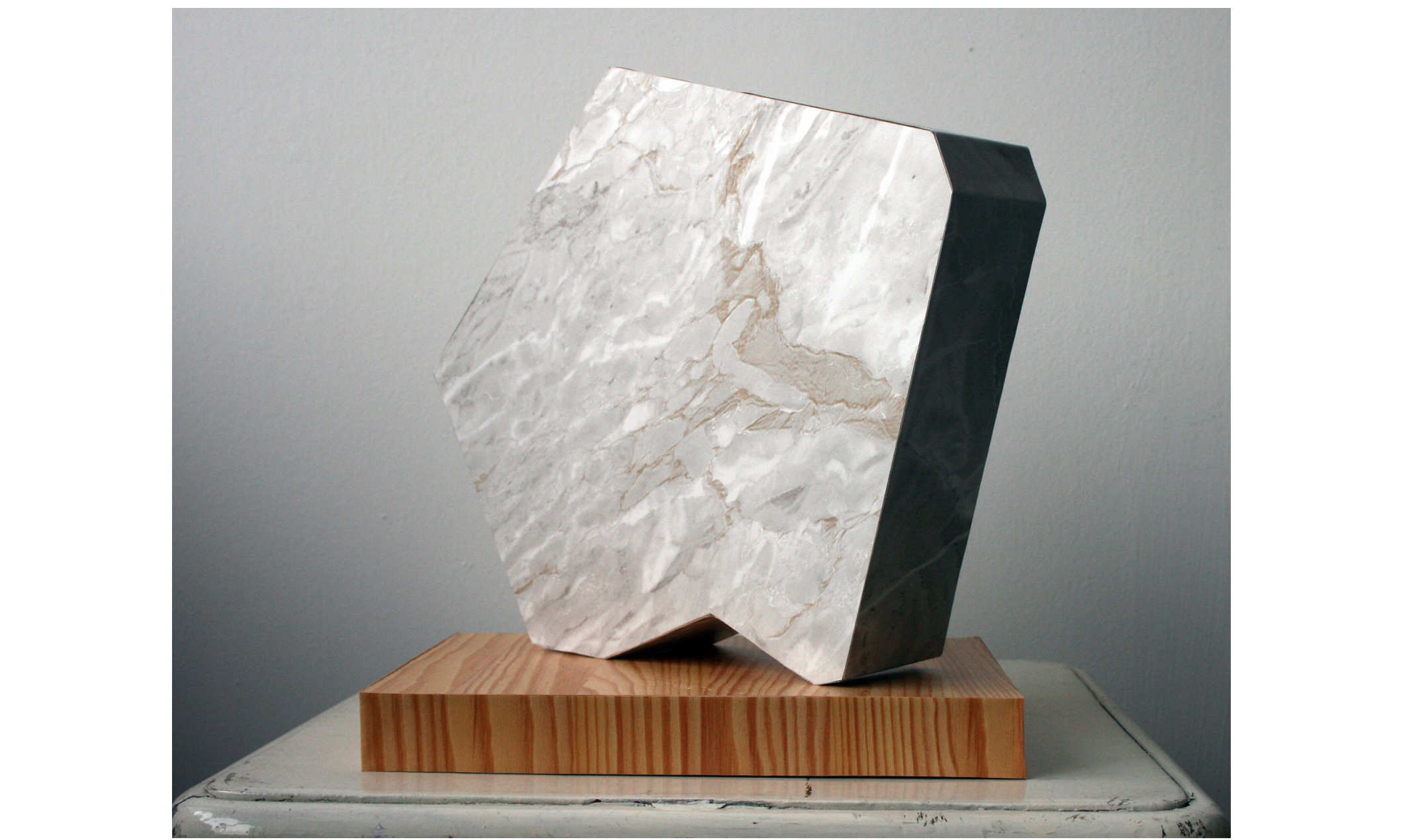 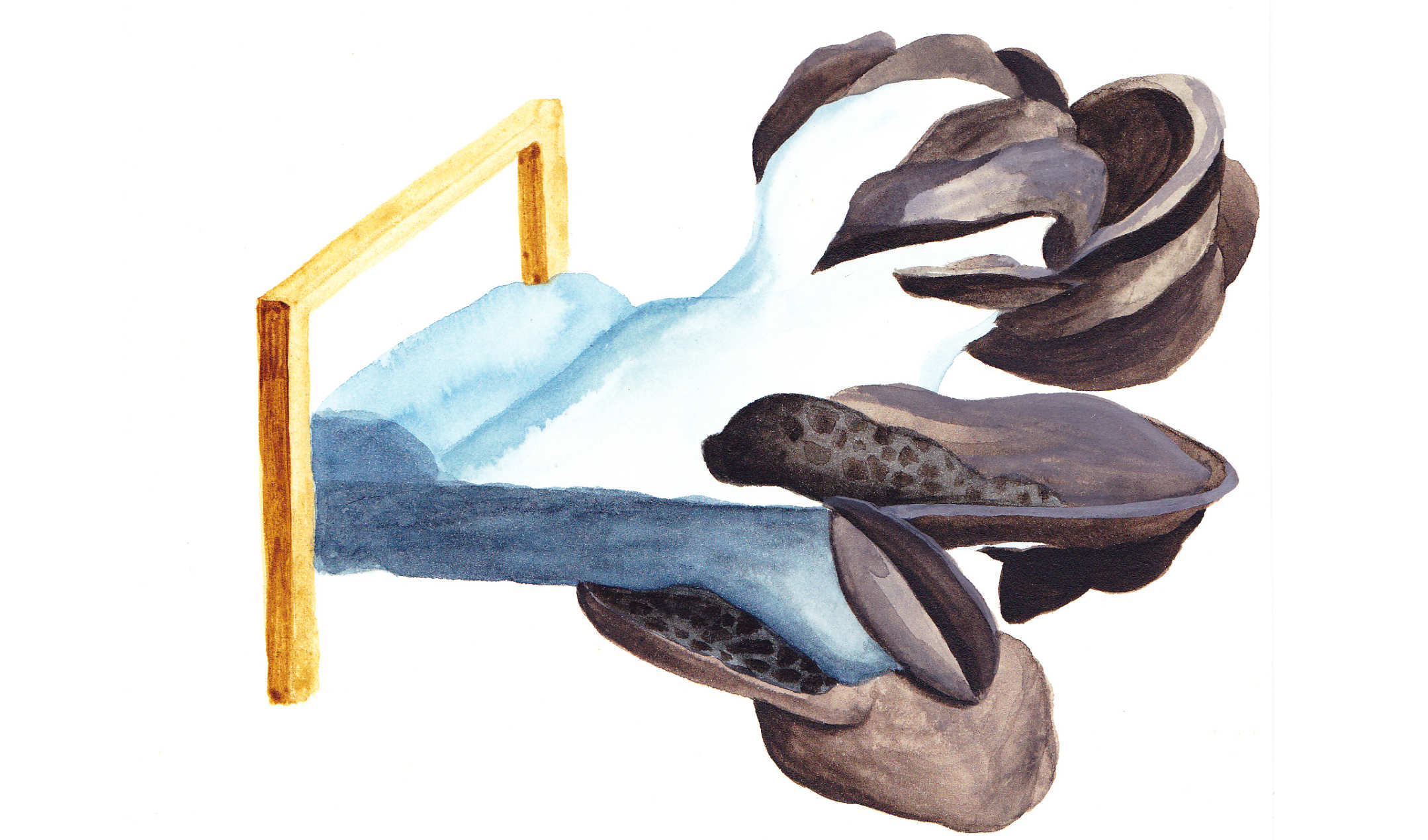 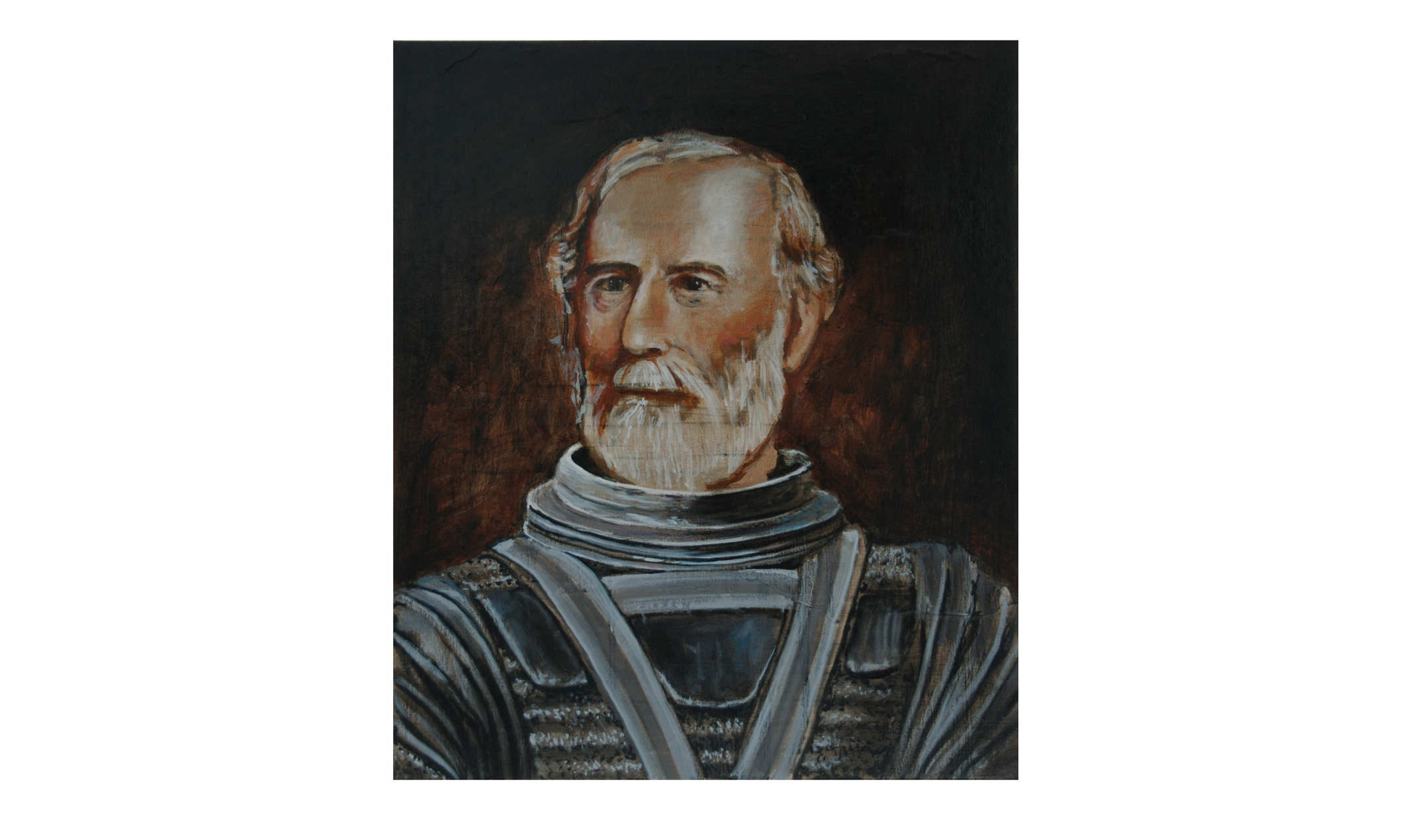 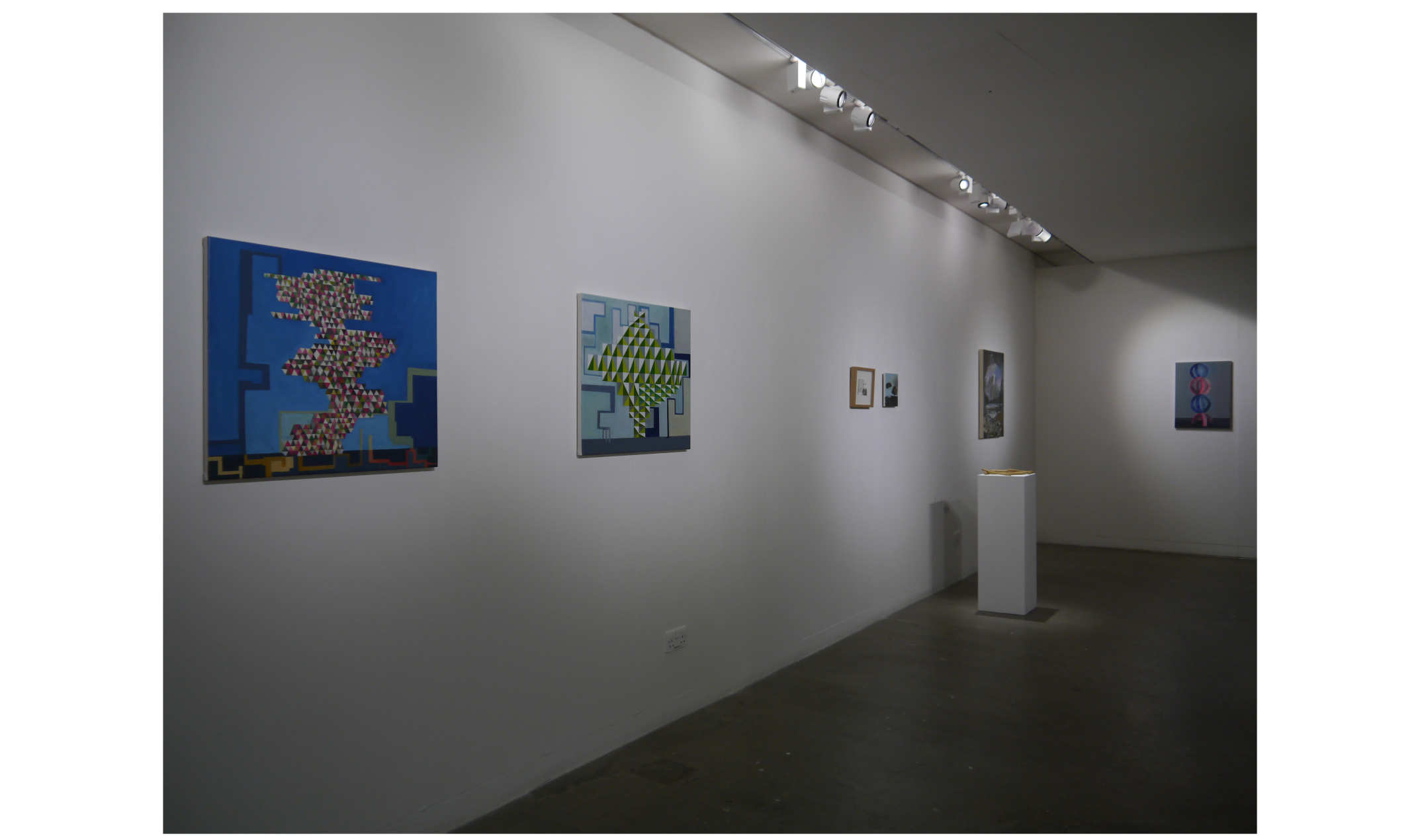 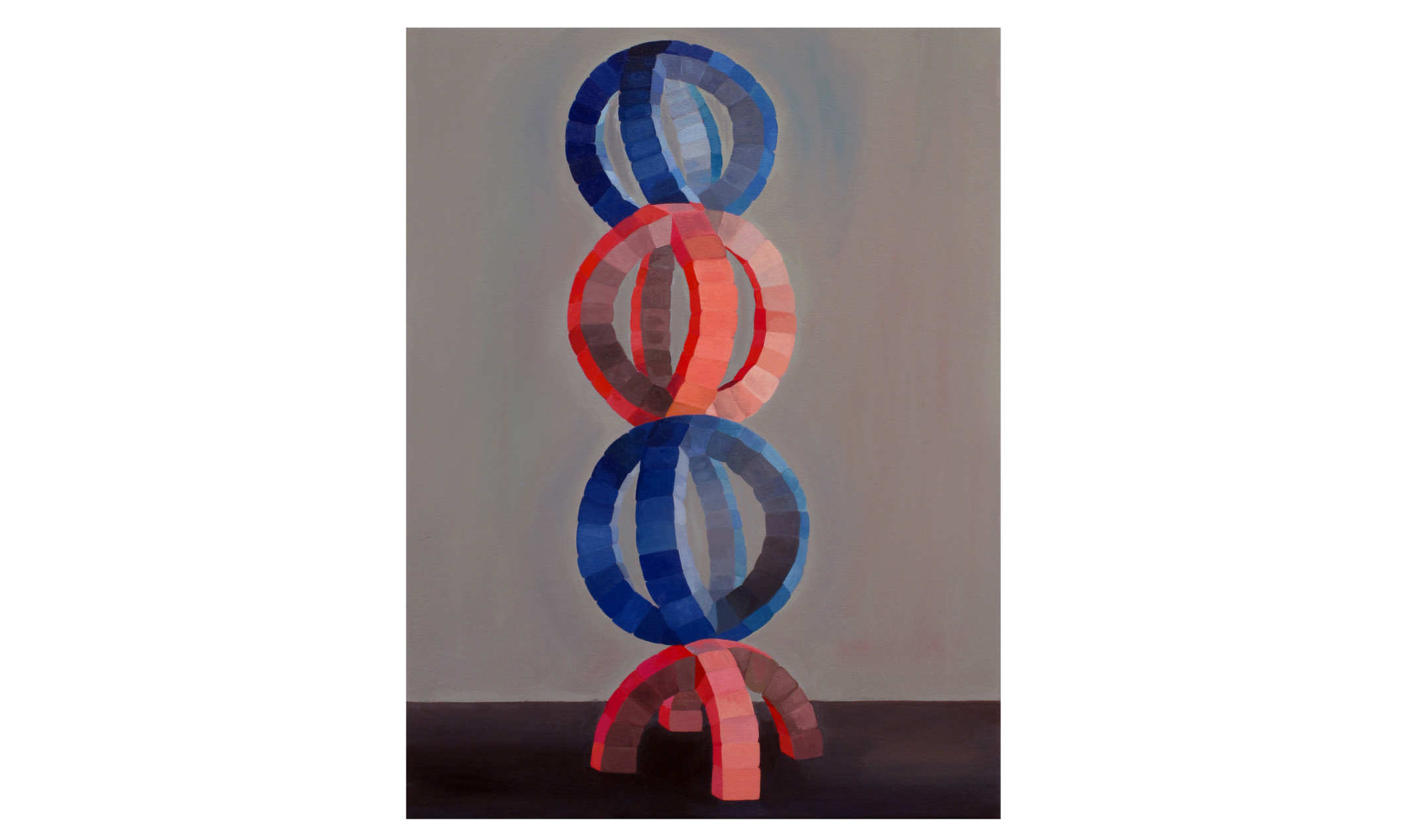 ‘I am not a plane Figure, but a Solid. You call me a Circle; but in reality I am not a Circle, but an infinite number of Circles, of size varying from a Point to a Circle of thirteen inches in diameter, one placed on the top of the other.’
(Edwin A. Abbot Flatland A Romance of Many Dimensions)

The title of the exhibition derives from the narrative Flatland which was written by the English Clergyman, educator and Shakespearean scholar, Edwin A. Abbot. Flatland follows a journey of a square, a resident of two-dimensional Flatland who travels and intersects with other geometric shapes from different spatial planes. The character begins to reflect on how they perceive these unfamiliar forms through the eyes of a two-dimensional shape, a Flatlander. The three artists in this exhibition situate objects in imaginary spaces that suggest they have arrived from any number of dimensions. Geological fragments and landscapes are suspended in alternative realities, as if frozen in time, allowing the figures to be seen from a multiplicity of viewpoints. Similarly, the flipping between ambiguous forms in both two and three dimensions allows a visual tension between the physical and psychological. This is heightened further when the surface of an object in three dimensions, is reduced to a one dimensional plane concentrating on just the line or brush mark.

Louisa Chambers examines ideas surrounding machines, devices, and inventions, and how they could assist humans living in temporary or placeless worlds. Multiple dimensions and perspectives are explored through the materiality of paint and the repetition of geometric motifs which are floating ambiguously in space. Impossible architectural constructions or forms are situated in alternative universes and dreamworlds suggesting an escape from the technological daily burden of robotic control on our lives.

Geoff Diego Litherland explores the tension between the natural world and its grasping appropriation by human influence. It draws from traditional genres of painting together with the rusty surrealism of science fiction and the phantasia of abstraction to create a parallel world that seeks to not only question our perception of nature, but paintings’ historical and current role in that. Lush Romantic landscapes appear to be contained within inscrutable technological structures, yet at the same time seen to recede into planes that suggest infinite space. They are radiant and disturbing with the fascination of the familiar made deeply strange.

Daisy Richardson is interested in alternative realities, layers of space and time and things that could be there. Some works use illusion to disguise themselves and others show normal objects acting in a bizarre way, looking towards the schism in the everyday. The interiors are very ordinary and faceless with extra-normal events occurring within them. The events also refer to human interaction; how spaces are shaped by what has happened within their confines and on the sites where they stand. How we can live somewhere so old that seems so new - modern technology co-existing with ancient fossils.