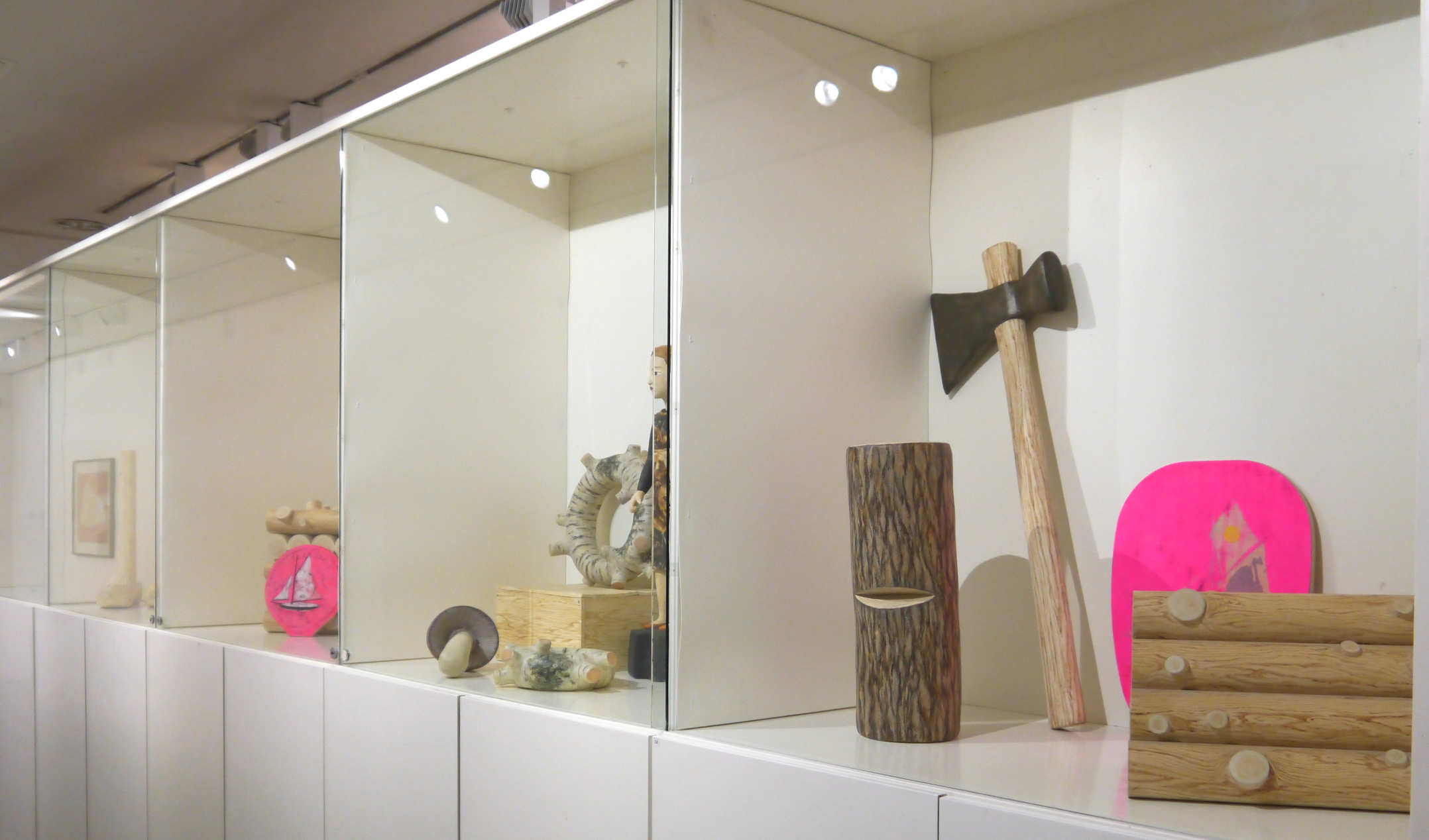 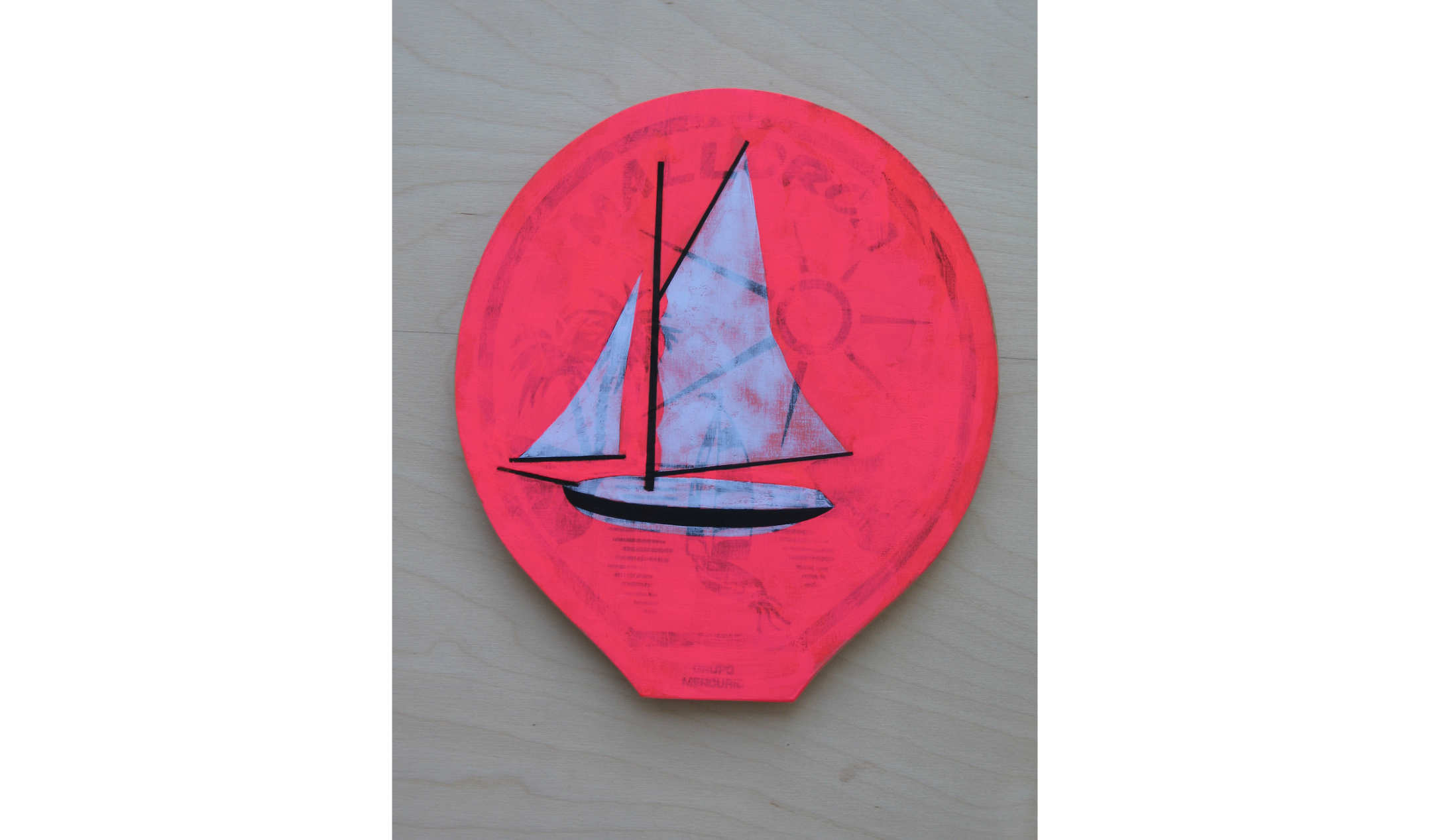 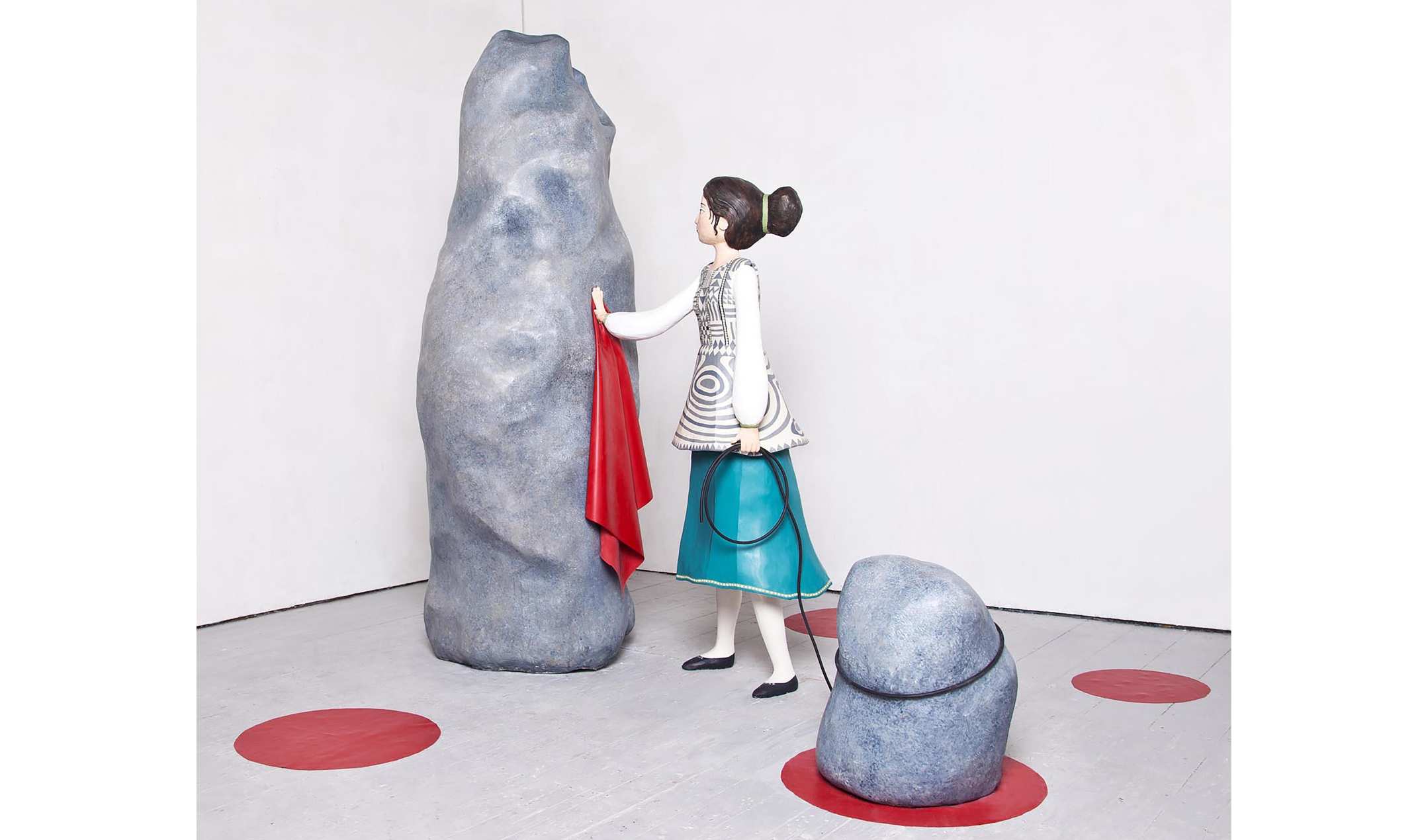 “All children talk to their toys; the toys become actors in the great drama of life, reduced in
size by the camera obscura of their little brains.”1

The artists Denise de Cordova and James Fisher are auteurs; they are at once theatrical director, set
designer, toy-maker, mistress of ceremonies and costume designer, but also, one assumes, players in
their own stories taking the protagonist’s role, in the form of alter-egos or nom de plumes – one senses
that there are imaginary friends…

Trains of thought become short stories, which in their interconnectedness create a wider matrix of
narratives. Imagery in the form of toys as objects, objects as toys, children’s book motifs and strange
landscapes, suggestive of folk-lore and myth, are the dénouements of an uncanny dream-life; closer
examination reveals an exploration into sexual identity and the human condition. Taking these
signals, the viewer is invited to participate in a private excursion, or perhaps, instead, to investigate
further the artists’ own sub-textual interrogations.

In his essay A Philosophy of Toys, Charles Baudelaire relays how he was discouraged by his mother from
choosing ‘the most beautiful', the most expensive, the most showy, the newest, the most unusual toy’
from a vast collection; where he had been invited to take anything he desired by the ‘Toy Fairy’ – a
benevolent family friend - insisting it would have been impertinent to do so. Mourning the loss of such
a fantastic plaything (he had to be content with something ‘ordinary’) he cannot pass a toy shop
without remembering the event:

“I have moreover retained a lasting affection and a reasoned
admiration for that strange and statuary art which, with its lustrous
neatness, its blinding flashes of colour, its violence in gesture and
decision of contour, represents so well childhood’s idea about
beauty. There is an extraordinary gaiety in a great toyshop which
makes it preferable to a fine bourgeois apartment.”2

1 Baudelaire, Charles, A Philosophy of Toys (c.1845): The Painter of Modern Life and Other Essays (Arts and Letters), Introduction:
Thom Mayne, published by Phaidon, 1995
2 ibid