In 2017, the aim of the Schools Science Competition was for teams of school pupils to identify an everyday problem that directly impacts society. They had to come up with a new and innovative scientific solution to tackle this problem.

9 shortlisted teams were invited to deliver presentations at a showcase event at Imperial College London in front of VIP judges and a live audience on 22 March 2017.

Congratulations to HBS Vexplosions (pictured above) a team of Year 8 pupils from Henrietta Barnett School: Bathra Dinesh, Sophie Chan Ah Song Anna Ebell, Hetal Mehta and Tahmina Sayfi. The team, who are part of their school’s Robotics Club, developed an idea for a new, light-weight type of exoskeleton.

The judges also awarded prizes to the following teams: 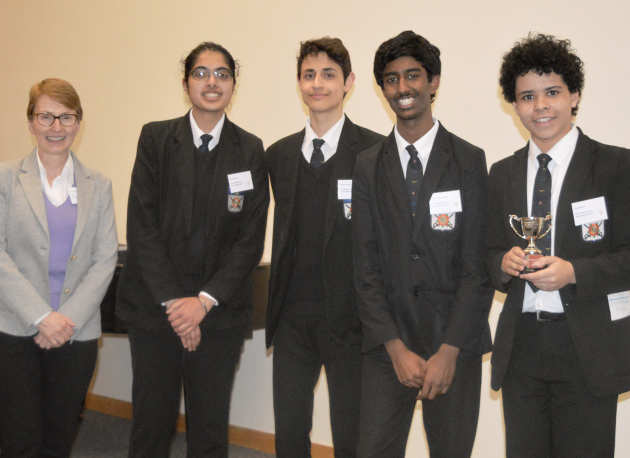 Team Filter from Hatch End High School, formed of Seiar Ataei, Olachi Akin, Abid Alizada and Alan Yahya. Team Filter tackled the problem of air pollution. Their idea involved the use of underground tesla coils to create a safe, positive field of electrostatic charge in a given radius, to ionise harmful air particulates.

If you have any questions about the competition, or wish your school to be added to our contacts list, please email Rebecca Middleton, Faculty Education Manager at: fonsschoolscompetition@imperial.ac.uk 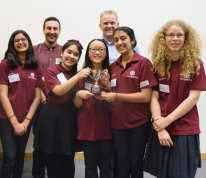