Imperial's newest medical imaging facility at Hammersmith Campus is tackling a range of research questions such as the biological basis of dementia.

Finding novel ways of visualising the world has been a central pillar of scientific discovery from Galileo’s telescopic observations of Jupiter’s moons, to Watson and Crick’s X-ray diffraction images of the double helix structure of DNA. 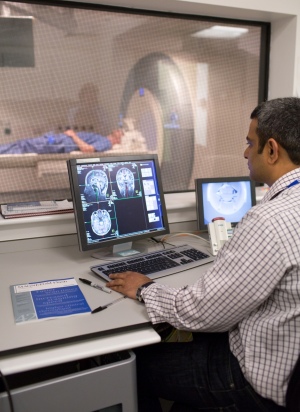 MRI scanner at the new Clinical Imaging Facility at Hammersmith

Over the past few decades, medical imaging scanners that exploit the principles of physics to examine biological tissues have revolutionised the way we explore the human body and mind. The early pioneers of medical science would no doubt marvel at how we can now literally see people’s brains working as they think.

Imperial has been a leader in these imaging techniques since their inception; indeed, the first magnetic resonance imaging (MRI) scanner to be used in a clinical setting was hosted at Hammersmith Hospital in the early 1980s.

Since then the College has been conducting pioneering imaging research at facilities across College campuses, as well as at collaborative centres like Imanova and the MRC Robert Steiner MRI Unit – addressing a diverse array of scientific questions from the biochemical basis of dementia to the mechanisms underlying consciousness.

That work is now set to step up a gear with the opening of the Clinical Imaging Facility (CIF) in the basement of the Wolfson Building at Hammersmith Campus, which will be entirely dedicated to imaging research. 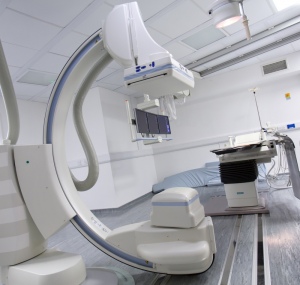 The facility includes a new positron emission tomography (PET) scanner that, in general terms, looks at biochemical processes in the body and brain; an MRI scanner, which focuses on fine structural details in the brain allowing the ‘mapping’ of specific regions to functions; and an ‘angiosuite’ allowing real-time visualisation of blood vessels during surgical procedures such as stent placement.

Crucially the CIF has a dedicated team of staff, including technicians and radiographers, who are working with researchers across College on groundbreaking new studies. These researchers recruit volunteers – often patients with a condition of interest – as well as healthy subjects for comparison, who are then scanned by the team at the CIF.

The CIF is managed on day-to-day basis by Dr Albert Busza (Medicine) with academic lead from Professor Martin R Wilkins (Medicine), Head of the Division of Experimental Medicine. 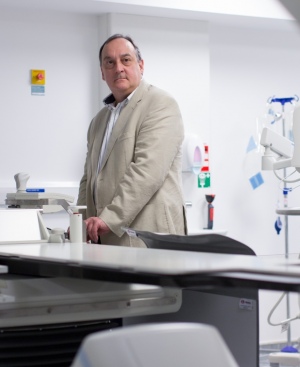 Albert explains why the centre is proving so attractive to researchers: “We are able to run quite complex studies with lots of subjects at reasonable cost, without having to cancel sessions at short notice to make way for an acutely ill patient – which is something that can potentially happen at hospital facilities.”

In addition, having different methods of imaging in the same location means that volunteers can go through more than one scanner in a single visit, giving an overlaid image that provides a very comprehensive picture of the underlying biology.

This set-up is what appealed to Professor David Brooks (Medicine), Head of the Centre for Neuroscience, who is studying the progression of dementia and whether it can be slowed down by novel drugs.

Alzheimer's is costing the country billions of pounds and if you can keep patients in the community, it will be a huge boost to the economy

Having secured funding from Alzheimer’s charities and GE Healthcare, he is now scanning volunteer patients with dementia before and after treatment to see if there is any reduction in brain inflammation and the aggregation of a protein known as amyloid – two hallmark features of the disease.

“Every time we do a PET scan to look at brain function, we also do an MRI to look at its structure, and we put the two images together so that we can see exactly where the biochemical processes are happening,” David says.

The study will follow volunteer patients for two or three years while they take the novel treatment to see if symptoms such as poor memory can be improved, as well as the underlying brain pathology. 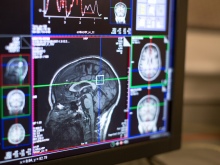 “Alzheimer’s is costing the country billions of pounds and if you can keep patients in the community and functioning, it will be a huge boost to the economy,” explains David.

Another researcher looking at brain abnormalities of a very different kind is Professor Simon Taylor-Robinson, College Consul (Clinical) for the Faculty of Medicine. Simon is an expert in liver disease and is trying to understand more about one serious consequence of the condition.

“If the liver fails, the blood becomes full of various toxins that would normally be cleared,” he says. “This in turn means the brain is bathed in a toxic soup that leads to a progressive inability to think straight – for example by reducing reaction times whilst driving.”

This condition, known as hepatic encephalopathy, can appear early in the course of liver disease and so affects a “significant proportion of the population”.

Simon has previously conducted imaging studies of the brains of people with hepatic encephalopathy while they perform psychometric puzzles.

“In healthy people the brain goes from a sort of mental neutral – known as the default mode network – to using specific regions for different tasks; whereas in people with encephalopathy, they stay in mental neutral and find it very difficult to get into first, second or third gear, so to speak,” says Simon.

His team has now started a new study at CIF testing a therapeutic agent that might clear some of the blood toxins and improve brain function. They will perform imaging experiments before, and then after, administration of the new drug to see if participants are better able to engage parts of their brain.

It’s not just brain studies that the CIF will be useful for though; imaging scanners are increasingly being used to detect and prognose cancer in the body.

Dr Laura Kenny (Surgery and Cancer), a Clinical Senior Lecturer and Consultant in Medical Oncology, is looking at an early form of non-invasive breast cancer known as ductal carcinoma in situ (DCIS).

These lesions are routinely detected at screening clinics and usually removed thereafter – but in around 40 per cent of cases the surgeon finds that the cancer is in fact more invasive than initially thought, and requires additional treatment.

Laura hopes that by performing PET scanning with ‘tracers’ that highlight cancer cells by the way they divide and metabolise, one might be able to flag up invasive breast cancer earlier and treat it accordingly.

“There’s been an explosion in genetic and biological knowledge of cancer but the advantage of imaging is that it reflects the tumour in its own natural microenvironment,” she says. “If we can combine these two approaches we can move forward and be able to predict outcome better in breast cancer.” 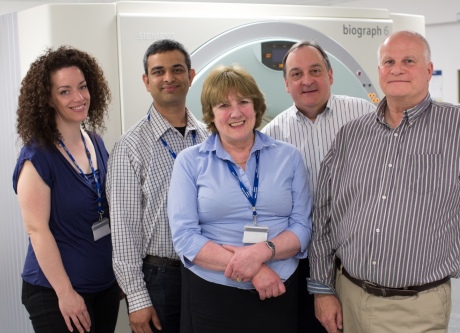 Running a centre like the CIF requires considerable expertise, not just in terms of knowledge of the scanners themselves, but also in tasks like handling radioactive tracers and patient liaison. 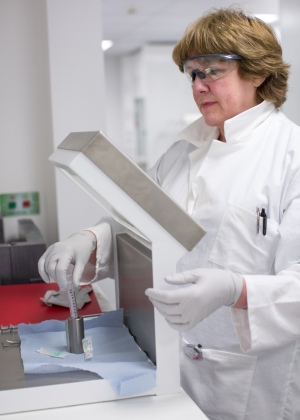 Julie Fitzpatrick is currently based at the Robert Steiner MRI Unit and has 10 years of experience working in imaging at Imperial. She believes the CIF will provide a conducive environment for quality research.

“When people take part in research and they come through this facility, I want that to be a positive experience for them. You have to remember that this doesn’t immediately benefit them, so it has to be totally safe and comfortable,” Julie says.

“If someone is nervous but still feels prepared to go ahead then I can reassure them, maintain contact, talk through the entire procedure with them and just put them at ease,” she adds. In the coming months, the CIF will begin hosting around 200 trial volunteers who have been recruited from all around the UK as part of a large study led by Dr Paul Edison (Medicine).

When people take part in research and they come through this facility, I want that to be a positive experience for them

The work also involves scientists from the Universities of Oxford and Southampton, King’s College Hospital, and the Avon and Wiltshire Mental Health Partnership NHS Trust. It will examine the effectiveness of a diabetes drug in the treatment of Alzheimer’s disease. There is also a raft of new proposals for studies at the CIF ranging from looking at how the brain adapts when learning new languages to the impact of online social networks on the brain.

The CIF looks set to play a vital role in the bigger picture of imaging science at the College. 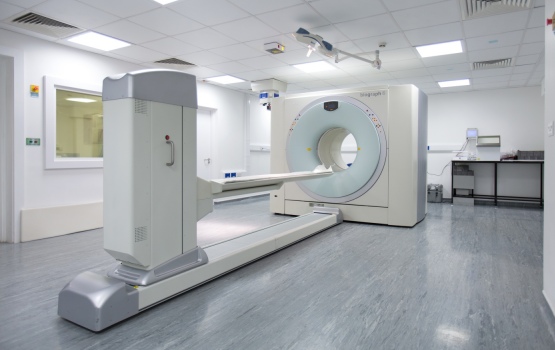 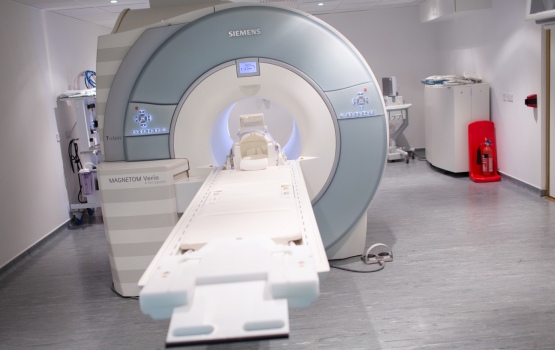 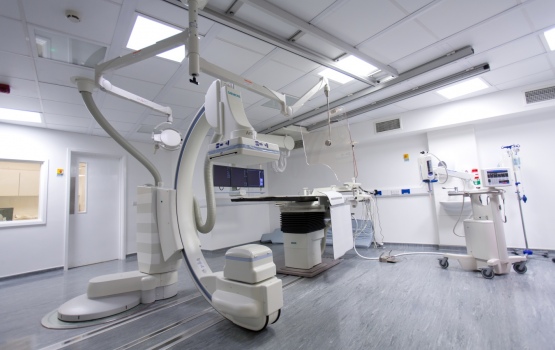 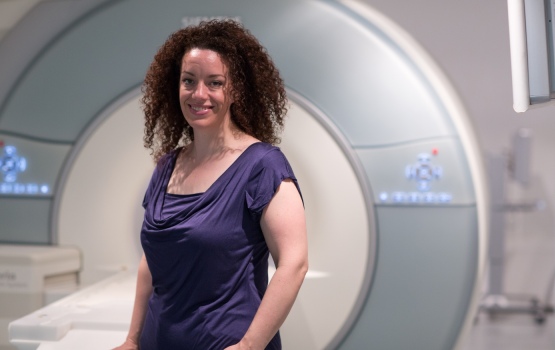 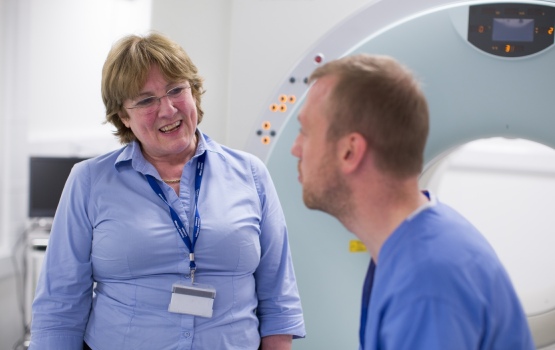 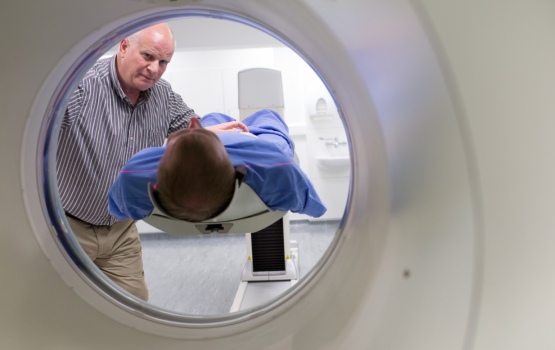 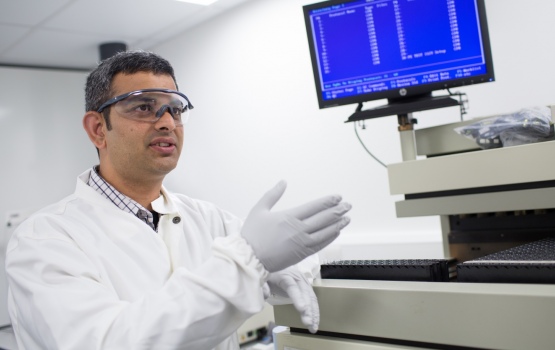 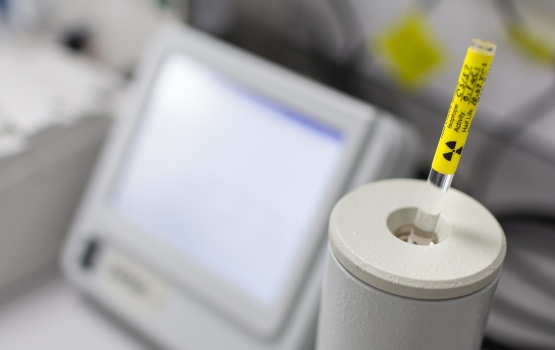 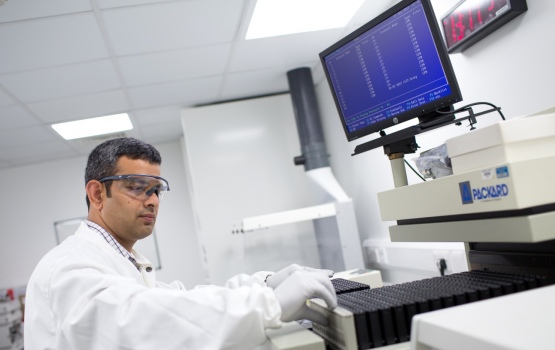 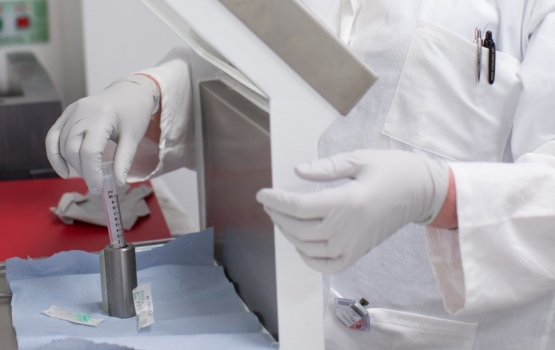 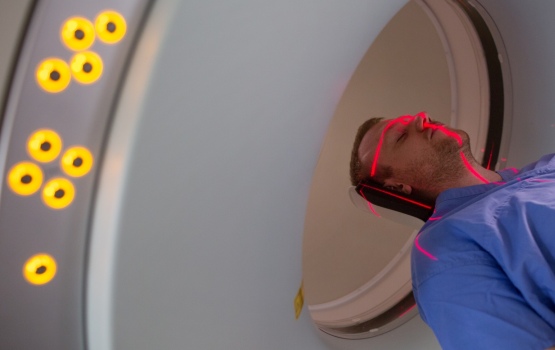 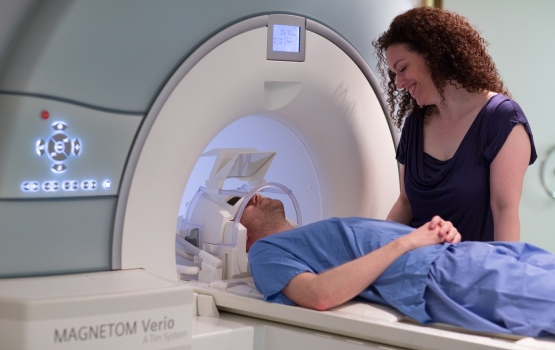 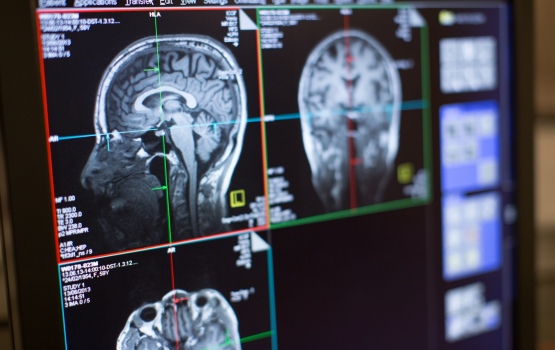 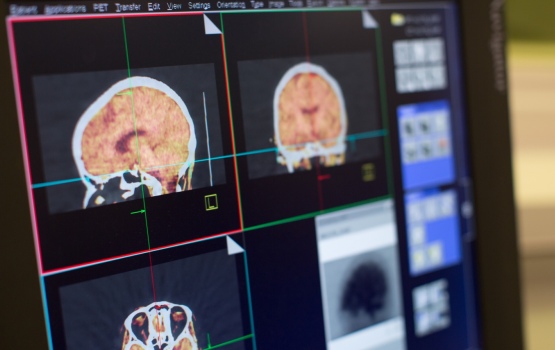