Getting to know Imperial's new joint medical school in Singapore Staff and students at Imperial's new joint medical school in Singapore share their thoughts as they embark upon a unique and historic journey.

Last month, 54 nervous but excited first year medical students donned white coats and stethoscopes to mark what promises to be the journey of a lifetime. Beside them stood a team of equally excited teachers who will guide them on this journey and deliver a pioneering medical curriculum at a new and unique medical school. The Lee Kong Chian School of Medicine (LKCMedicine) in Singapore is a partnership between Imperial and Nanyang Technology University (NTU) – one of the fastest rising universities in Asia. 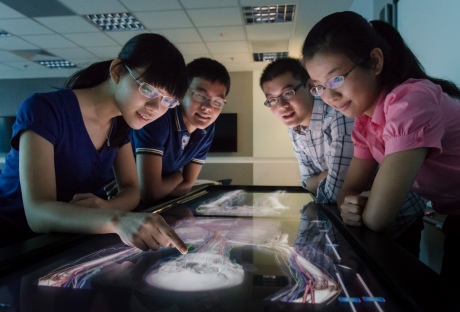 The story so far

It all began five years ago when the Singaporean Government, noting a pressing need to train more doctors to meet the country’s healthcare needs, approached Imperial, seeking expertise in medical education. The government initiated the collaboration with NTU – a university which, like Imperial, was established with a focus on engineering and science.

For both partners it was a unique and unmissable opportunity to redefine the way Singaporean medicine is taught and delivered, as Professor Jenny Higham, Senior Vice-Dean of LKCMedicine and Vice Dean of Imperial’s Faculty of Medicine, explains. 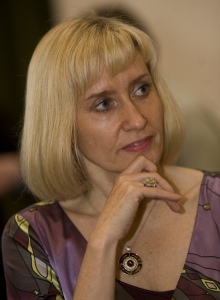 “If you have a very long-standing course with large numbers of students which relies on partnerships with myriad health organisations, the ability to change anything is very complex. “Whereas when you start with a blank piece of paper – with a new cohort of students, new buildings, new teachers and a new environment – it’s a totally different experience.”

The result of that process is a truly innovative curriculum incorporating elements of simulation, team based learning and early clinical exposure. For example, first year students who are learning about the science that underpins breathlessness, chest pains and heart palpitations will get the opportunity to examine a patient who has had a heart attack.

All students will have iPads, giving them access anytime and anywhere to a suite of e-learning materials that support the course content. Students are also expected to solve problems together using specially designed, team-based learning facilities that hook into iPads and project work onto large flat screen displays.

All this proved particularly attractive to one of the new students, Dylan Fones, who notes that this is the first time aspiring medical students in Singapore have had a choice. Until this year the Yong Loo Lin School of Medicine (YLL) at the National University of Singapore was the only medical school in Singapore training undergraduate medics. 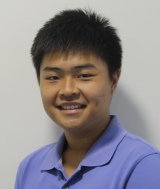 “I believe that LKCMedicine, with the help of Imperial’s pedigree, can be a real trailblazer in the field of medicine,” Dylan says. “YLL clearly has experience and strong foundations whereas LKCMedicine is new and untested. But convention isn’t quite for me.

“The idea that the culture and traditions of LKCMedicine will in part be determined by us, the first students, is quite surreal. Most of my life I’ve been following customs and listening to instructions from others, so to be setting things in stone myself for once is exciting.”

Of course the team of teaching staff also had to weigh up what it meant to join a brand new medical school, with many making the move from prestigious institutions in Europe. 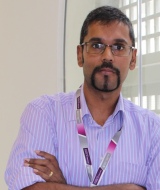 Dr Jason Maroothynaden was previously based at Imperial in Professor Roger Kneebone’s group in the Department of Surgery and Cancer. He originally came out to Singapore to contribute to a series of open days and special lectures promoting LKCMedicine, demonstrating the group’s simulated ‘pop-up’ operating theatre. At LKCMedicine Jason is Head of Technology in Medical Education and a Team Based Learning Facilitator.

“I didn’t really plan to leave St Mary’s where I was based, but in the end the opportunity to be part of something new and exciting proved enticing – I wanted to make my mark in the world of medical education. This is a once-in-a-lifetime opportunity to create new simulation methods and apply my novel hybrid simulation ‘know how’ directly into an undergraduate medical curriculum.”

While the need to train more doctors for Singapore was the driver behind the development of LKCMedicine, research will play an ever more important role as the school evolves. This will prove crucial in the future when tackling big and growing health challenges such as diabetes, metabolic disease and cancer. 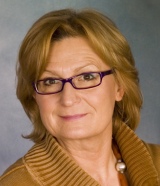 Among the staff with a research focus is Professor Daniella Rhodes, a Fellow of the Royal Society who spent 40 years working for the Medical Research Council’s Laboratory of Molecular Biology in Cambridge. Taking compulsory retirement at 65, she wanted to continue with her research into genome function and chromosome telomeres which has particular relevance to ageing and cancer. Since moving to LKCMedicine she has been awarded a large research grant from the Singaporean Government’s Ministry of Education.

“I felt it was my last real opportunity to escape Cambridge and it was one of the few places where I thought I would have the same level of intellectual freedom the MRC afforded me,” she says. “My research has the potential to impact on medicine and patients, but it is very much basic science which I believe is important.”

Daniella also praised the infrastructure at LKCMedicine: “We’re getting a state of the art electron microscope, the first such machine of its kind in the world – and we’re attracting young and talented postdocs from around Europe.”

Although LKCMedicine is a new and untested school with a pioneering curriculum, it is not a complete step in the dark. Imperial’s undergraduate medical course has fed into the development of the new curriculum and will act as a benchmark in the future, offering comparators for students’ performance.

Jenny notes that there will be regular analysis of the course’s success through formal and informal feedback from students: “One of the things we need to do is respond to the feedback we get. We have an idea, we’ve set a vision but this will be informed by students currently on the course, the teaching, and very importantly the end product – good doctors.” For first year student Rachel Lim Wei Shan, the inspiration to be a good doctor was sparked when her grandfather was admitted to hospital. 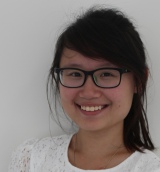 “The doctor’s warmth and sincerity in treating my grandfather greatly touched me and inspired me to work towards a career of giving in medicine. Now that I’m embarking on that journey I feel excited, yet a little overwhelmed! It is a brand new chapter in my life, working towards a career that is likely to span the next 40 to 50 years.”

And that’s very much the legacy that Imperial and NTU wish to deliver in the long term: a whole generation of doctors equipped to deal with whatever health challenges the next half century throws up. The Singaporean ministries of health and education work with Imperial and Nanyang Technological University (NTU) on a proposal to develop for a new medical school to train more doctors to meet Singapore’s healthcare needs.

The new medical school is named the Lee Kong Chian School of Medicine (LKCMedicine) after the founder of the Lee Foundation, renowned business leader, pioneer and philanthropist TanSri Dato Lee Kong Chian. The name recognises a gift of $150 million towards the new medical school from the Lee Foundation which, with matched funding from the Singapore Government, amounted to $400 million. His Excellency Michael Eng Cheng Teo, Singapore’s High Commisioner to the UK, opens the London office of the Lee Kong Chian School of Medicine, housed on the twelfth floor of Imperial’s Electrical and Electronic Engineering Building.

Over 800 prospective students visit LKCMedicine for its first open day, receiving a taste of the curriculum through e-learning sessions and demonstrations of medical simulations.May 2012 A ground-breaking ceremony takes place to celebrate the start of work on LKCMedicine’s Novena Campus at Mandalay Road, oppsite Tan Tock Seng Hospital, the medical school’s primary teaching hospital.

Over 800 students sit the BioMedical Admissions Test (BMAT), an aptitude test used by UK medical schools including Imperial. LKCMedicine is the first medical school in Singapore to include BMAT among its admissions requirements.

More than 400 prospective students, shortlisted from over 800 applications, are interviewed. LKCMedicine staff move into the school’s new headquaters on Mandalay Road.

The first 54 students of LKCMedicine begin their training. At the school’s inaugural white coats ceremony the students affirm their commitment to medicine and receive their first stethoscopes and white coats.