Nobel Prize in Physics for Higgs and Englert: Kibble congratulates the winners The 2013 Nobel Prize in Physics has been awarded today. We asked scientists at Imperial College London for their reactions.

The prize has been awarded to Peter Higgs and François Englert for work in the 1960's that led to the concept of a mass-giving particle now known as the Higgs boson, and proved a key feature of the standard model of particle physics.

Their research, along with that of Imperial's Emeritus Professor Tom Kibble and others, had been tipped to scoop the prize since results from CERN in July 2012 looked likely to verify the existence of a new particle that they believed to be the Higgs boson.

In 1964 Professor Kibble wrote a research paper in collaboration with two American scientists - National Science Foundation postdoctoral fellow Gerald Guralnik, and Richard Hagen from the University of Rochester, New York - that was one of three describing a new theory of how certain particles can acquire mass, which has come to be known as the 'Higgs mechanism'.

On hearing about the award, Professor Kibble said: "I am glad to see that the Swedish Academy has recognized the importance of the mass-generating mechanism for gauge theories and the prediction of the Higgs boson, recently verified at CERN. 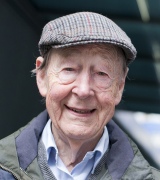 “My two collaborators, Gerald Guralnik and Carl Richard Hagen, and I contributed to that discovery, but our paper was unquestionably the last of the three to be published in Physical Review Letters in 1964 - though we naturally regard our treatment as the most thorough and complete - and it is therefore no surprise that the Swedish Academy felt unable to include us, constrained as they are by a self-imposed rule that the Prize cannot be shared by more than three people.

Researchers from Imperial are not only behind the pre-eminent theory, but also amongst those who designed, engineered and built the CMS detector of the Large Hadron Collider at CERN, which is one of a series of experiments devised to verify the existence of a Higgs boson.

More than three thousand UK scientists have worked on the CMS and Atlas detectors at the LHC. Together in March 2013, scientists from these experiments confirmed their newly found new particle to be a Higgs boson, effectively proving the theoretical work performed by today's Nobel Prize-winning physicists in the 1960s. 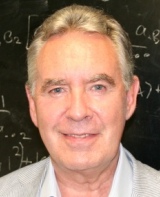 "I am delighted to hear that Peter Higgs and François Englert have won this year's Nobel Prize for Physics, which is richly deserved. Their seminal contributions, along with those of Tom Kibble here at Imperial, explaining how elementary particles acquire a mass, form a vital part of the Standard Model of particle physics, pioneered by Imperial Nobel Laureate, Abdus Salam.

"Their ideas in theoretical physics, vindicated in 2012 by the discovery at CERN of the Higgs boson, will persist as part of human understanding of the physical universe for centuries to come, long after today's stars of politics, business and entertainment have been forgotten." 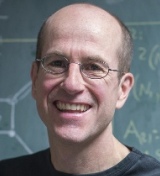 "It is wonderful that the Nobel Committee has recognised the outstanding contributions of Peter Higgs and François Englert to our understanding of fundamental physics.

"Their visionary ideas about how elementary particles acquire mass, from nearly 50 years ago, were dramatically confirmed earlier this year with the discovery of the Higgs boson at the Large Hadron Collider. This will surely be remembered as one of the great chapters of scientific discovery.

"Imperial is also proud of its involvement, including profound contributions by Tom Kibble, Abdus Salam and the experimental team at the LHC.

"Like all great discoveries, more detailed studies of the Higgs boson are likely to have a huge impact on the future of fundamental scientific enquiry. We may find evidence for a new 'supersymmetry' which would mean that there are even more elementary particles waiting to be discovered. We might solve the riddle of the mysterious Dark Matter that pervades the universe. We might learn whether or not there are extra dimensions in the universe, in addition to the three space dimensions that we observe.

"These threads will also provide key clues to the ultimate question in fundamental physics which is: how can we unify the Standard Model of Particle Physics with Einstein's theory of Gravity?"

"It’s wonderful news that the Physics Nobel Committee has recognized two physicists, one from the UK, whose theoretical work launched a momentous scientific endeavour that started some 50 years ago. The 2012 discovery of a Higgs Boson at the Large Hadron Collider has been a major breakthrough for science and opens an exciting era for particle physics.

"In 1964, in a great intellectual leap, the theoretical physicists postulated the existence of a field that pervades the entire universe, to give mass to fundamental particles, the quantum of which is known as the Higgs boson. Then nearly 30 years later, the epic journey began to hunt for the elusive Higgs boson at the LHC, one that would eventually involve experimentalists from around the world, in conceiving the experiments and the accelerator, inventing new technologies for them and then building and operating these complex instruments.

"It is a great honour and privilege to be connected with this advance in science. The LHC has just started the extraction of science and is expected to continue for two more decades. We all are looking forward to uncovering further secrets of nature."

It is great news for British science that Peter Higgs and Francois Englert have been awarded the Nobel Prize. The theoretical work they carried out in the 1960s, validated by the discovery of a Higgs boson at CERN last year, has led us to a new era of discovery and understanding in fundamental physics. As Head of the Physics Department at Imperial it is with great pride I note the substantial involvement of Imperial physicists in both the theoretical and experimental advances. 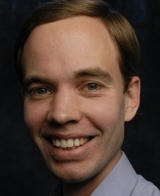 "This year’s Nobel prize, awarded to Peter Higgs and François Englert, is extremely highly deserved. The Higgs mechanism is a central part of the theoretical foundation of the Standard Model of particle physics, being responsible for the unification of the weak and electromagnetic forces, for the short range of the weak force, and for the masses of the elementary particles. In spite of the enormous success of the Standard Model, this underlying theoretical structure had not been confirmed experimentally until the discovery of the Higgs boson at the LHC last year.

"Thanks in large part to today’s laureates, we now have a complete theoretical understanding of the fundamental laws of nature accessible with current particle accelerator experiments. There are still many unanswered questions, especially when one combines particle physics with cosmology, such as the origin of matter in the Universe, the nature of dark matter and dark energy, and the cause of cosmological inflation. The answers may well lie in scalar fields similar to the Higgs field, or even in the Higgs field itself, and therefore the work of Englert and Higgs is likely to have further profound implications for our understanding of the Universe."

"Good things come to those who wait; Peter Higgs and François Englert have had to wait half a century but they got the biggest prize of them all. This is wonderful recognition, not only of their stunning theoretical insight, but also of the importance of fundamental science. The icing on the cake is that the UK contributed so much; Peter Higgs is of course British but also UK physicists had a large role in the discovery last summer which confirmed their ideas."

"Nobody can be more deserving of the prize than the visionaries who waited 50 years to discover if their ideas were right or wrong. The award is a great achievement for them and for the field of particle physics. Also the many experimentalists who pushed technology and their ingenuity to the limits will be thrilled by the recognition of the importance of the science they pursued."

"This is wonderful news for particle physics, and indeed fundamental physics as a whole. It’s fantastic to think about a journey that was started some 50 years ago with a leap of faith in theoretical physics, and then ratified by the discovery last year at CERN. It’s a testament to human creativity and ingenuity, and our ability to work together on these worldwide projects. The discovery opens a new window on our universe."

"The award of the Physics Nobel Prize to Englert and Higgs for their seminal theoretical work in 1964 on developing a mechanism for the consistent generation of mass of fundamental particles is fantastic news. It rewards the individuals for their groundbreaking idea and also commends the discovery of a Higgs boson at the Large Hadron Collider at CERN in 2012, almost 50 years after its existence was first predicted by the recipients.

"I am also very delighted that Higgs, a British scientist is among the winners. This is also an incredible achievement for British science as a whole. However, we must not forget those who have not been recognised today but also made invaluable contributions to the very same subject. In particular my Imperial College London colleague Tom Kibble, who in 1964 with his co-authors Guralnik and Hagen published one of the three milestone papers that built the foundation of the Physics Nobel Prize that has been awarded today. These scientists are equally deserving!" Tom Kibble, biography of the man who has made profound contributions to physics Higgs history: watch a timeline of boson theory and discovery at Imperial Imperial scientists celebrate Higgs boson announcement from CERN