DIY comet making and engineering with Guinness at festive Fringe Visitors to Imperial were shown how to make their own icy comets during a live demonstration at last night's Fringe event.

Imperial Fringe: Fluid Thinking explored the complex role that fluids play in our lives. More than 450 people packed the College’s Main Entrance to talk to world-leading experts from across Imperial about their work with fluids – from understanding more about icy interplanetary objects to developing better methods for extracting precious minerals using bubbles.

View the slideshow below to see the Fringe in action. 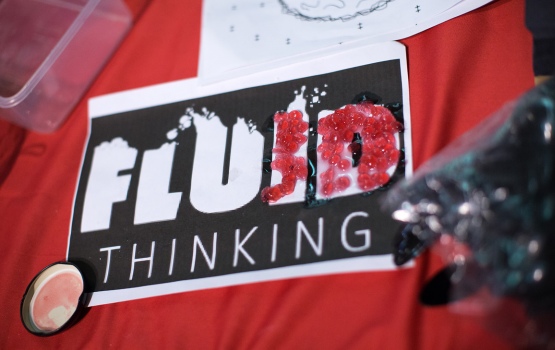 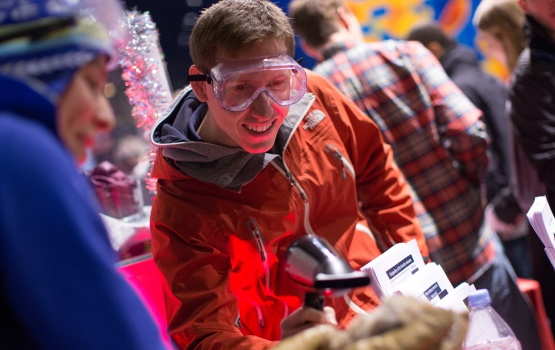 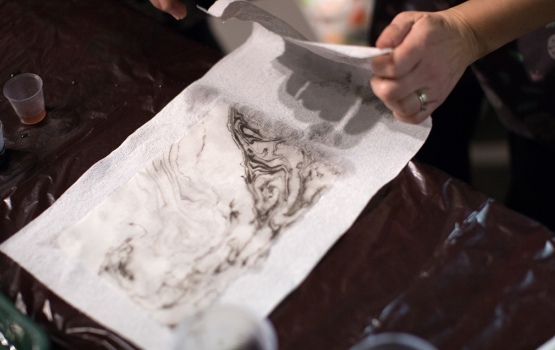 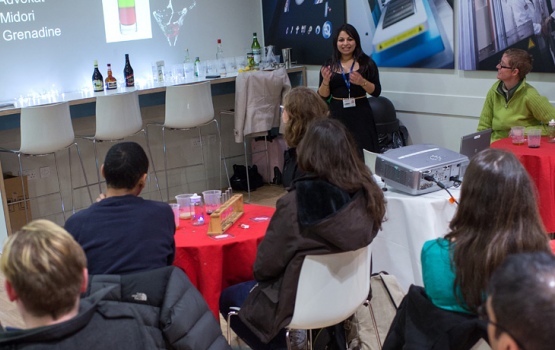 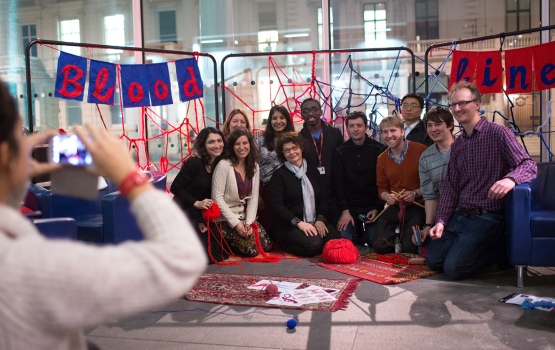 Adults and children alike enjoyed the dirty snowball comet interactive demonstration and were able to see first-hand how comets were made. Kids looked on wide eyed as physicist Dr Marina Galand simulated the cosmic production process by vigorously smashing together the ingredients such as ammonia and dry ice in a garbage bag. When presented to the audience, a team member blew hot air from a hairdryer over its icy surface, causing gases to evaporate and creating the distinctive tail synonymous with all comets.

The demonstration had a serious side too, as it provided a platform for Dr Galand and her team to talk about an upcoming European Space Agency mission. The Rosetta Mission, the first of its kind, aims to send an unmanned spaceship to rendezvous with Comet 67P/Churyumov-Gerasimenko to study the nucleus of the comet and its environment for nearly two years, and land a probe on its surface. Learning more about this comet could unlock more secrets behind the origins of our Solar System.

It was all froth and bubbles at another demonstration where Dr Gareth Morris and researchers from the Department of Earth Science and Engineering used Guinness to demonstrate how tiny spherical objects are being used by the mining industry to lift precious minerals such as copper from ore. The technology, called froth flotation, uses froth and bubbles to bond with minerals and lift them out of a vat filled with liquid for processing.

Imperial researchers went to great lengths to engage visitors with their research in so many festive and creative ways.

Fringe goers also learnt how the science of fluid flow relates to air turbulence, which can affect the performance of aircraft, by causing drag, which slows planes down and causes them to burn more fuel. The team talked about their work on improving designs for planes to make them more aerodynamic and more fuel efficient. Visitors also tried their hand at flying the simulator.

Visitors stepped back in time to learn how elements extracted from coral and ancient teeth of fish are helping research postgraduate Claire Huck and her colleagues to learn more about the Earth’s ancient oceans and the important role they played in past climate change. Understanding more about this could help us to learn more about how oceans could affect our climate in the future.

There was a festive mood at the Fringe with Christmas carols trilling in the background. In the Alumni Visitors Centre, staff handed out free mince pies and mulled wine to visiting alumni. Next door in the College Café Dr Suze Kundu, an Imperial alumnus, materials chemist and science communicator explored with Fringe-goers the chemistry of cocktails, trying one or two with the crowd in the process. Steve Ramsay, scientific glassblower and artist explained the properties of glass to onlookers, while making glass baubles for a nearby Christmas tree.

Natasha Martineau, Head of Research Communications at Imperial College London, said: “Good cheer at this time of year often involves a range of festive liquids. Last night’s Fringe demonstrated the important role that all fluids, not just the drinking kind, play in our lives. Once again, Imperial researchers went to great lengths to engage visitors with their research in so many festive and creative ways. The Imperial Fringe has become a highlight on our calendar of public events and I look forward to seeing what our researchers have up their sleeve for next year."