Donations to SCI are tax deductible across the European Union 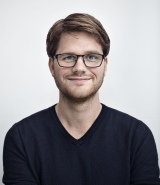 Christian Graulund is 24, lives in Copenhagen and is currently finishing his Bachelor in Mathematics at Copenhagen University. He has a job on the side working for an organisation teaching talented children, age 12-15, advanced subjects including mathematics. While searching for the most effective way to give to charity Google introduced him to Giving What We Can. He liked the idea and signed the “pledge”. For the last 18 months or so he has been regularly giving to the Against Malaria Foundation and the SCI. Here is his story.

About six months ago I started thinking about tax deductions for charitable donations. I got really annoyed that I was unable to get a deduction for my donations to highly effective organisations I support outside Denmark while other people donating to, what I see as less effective, Danish organizations could get a tax deduction.

In late 2014 I did some searching around and stumbled upon a ruling made by the European Court of Justice in January 2009, where they upheld a claim that tax-payers should be able to deduct gifts to charities established in other member states. At the start of 2015 I received the summary for my 2014 tax return. After talking with a couple of friends studying Law I decided to file a claim with the Danish Tax Agency, citing case number C-318/07 and Judgment ECLI:EU:C:2009:33, stating that according to EU law I am entitled to a tax deduction for my donations to charitable organizations inside the EU. I thought that submitting the claim was easy enough and I could decide if I wanted to pursue the issue once I got a reply and knew what further action was required.

The Danish system for tax deductibility on charitable donations is similar to the British system in that the tax benefit on a donation is claimed by the charitable organization and not by the individual who made the gift. So when it comes to completing my tax return there is no section where my donations can be noted down. The only means available to notify the Danish Tax Agency was to write to them directly.

I submitted my claim on 21 March and received a reply 3 days later stating the it would take up to four month to process. I feared that it would end up being a horribly long process involving a court case. I knew from a friend that I would probably be able to get some free advice from lawyers since I am a student, but I feared I would have to drop it.

Exactly 2 months later, to the day, I received a revised annual tax return report, which listed all the donations I had made to charitable organisations within the EU. It informed me that I had paid too much tax because of those donations!

I was extremely happy and surprised that it had been so easy to get the tax agency to recognize the ruling. When I discussed with Alix, at the SCI, what I was trying to do she was just as excited about the impact this case could have for thousands of donors across Europe. I immediately contacted her to share the good news. Alix proposed that I write a piece about my experience so other donors hear about the court ruling and hopefully ensure their governments apply the ruling to the donations they make to charities in other European countries where they are not tax residents.

Having missed the opportunity to claim tax back for the last 4 years and increase the amount of income I am able to give to charity, I want to make sure others find out that their donation to a charity anywhere within the EU is tax deductible. Hopefully this article, with your help, will motivate more people to put in a claim along with their tax return, which in turn will motivate them to give more to effective organisations they wish to support across the European Union.

Please click here to download a draft letter Christian prepared which contains the key information should you wish to write to your Tax Office.