Imperial's Dean of the Faculty of Natural Sciences talks about funding challenges, supporting students and the hazards of daring charity stunts.

One of the first public appearances Tom made as Dean came on 17 February, as he walked barefoot across burning embers at 500°C on the Queen’s Lawn in aid of RAG Week. It might have been unconventional behaviour for a Dean, but perhaps less so for a larger-than-life character such as Tom. 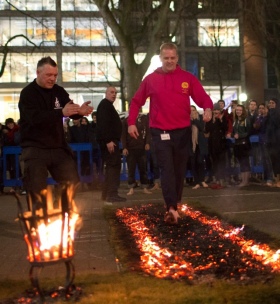 “They offered me the bungee jump at first, but since I have artificial hips I was concerned about becoming uncoupled and making a mess on the pavement,” he says with trade-mark humour. “I’d seen a firewalk done on TV and was feeling fine about it … right up until the point when they started making the fire in front of me.”

The point of the undertaking − aside from the obvious good cause − was to put an approachable, human face to his tenure and to the administrative side of the Faculty, which can still be seen as somewhat mystifying to those outside the ‘Blue Cube’ of the Faculty Building, he says.

It also fits with the enabling role Tom sees himself playing – whether that’s helping students achieve their education ambitions, staff to meet their career expectations or departments work towards their strategic objectives.

“How do we achieve this ensemble performance that is Imperial College, such that everyone gets to achieve their goals − not to the detriment of the others, but to the benefit of all? That’s the real question for me.”

Growing up in London with a burgeoning interest in science, Tom says Imperial loomed large in his consciousness − but that it would have been ‘completely unimaginable’ for that boy to become Dean.

After his A-levels Tom went off to Sussex University to study chemistry where he drew inspiration from a number of staff in the Department including Nobel Chemistry Laureate Professor Harry Kroto.

He joined Imperial’s Chemistry Department in 1993 as Lloyds of London Tercentenary Fellow, rising to Senior Lecturer in 2000 before being promoted to Professor in 2004. 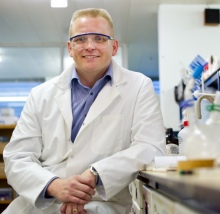 Tom’s research is focussed on studying the separate processes involved in chemical reactions. It calls on a particular type of thinking that Tom speculates may have helped him when it came to the management side of things.

“I always say that I’ve got the efficiency of the bone idle! I’m just able to see easier ways of doing things − whether it’s how we run the lab or how we administer exams. In the early days I’d reluctantly volunteer for some task, then eventually I got asked to do bigger things.”

Tom took on the role of Exams Officer, then Director of Undergraduate Studies before going on to lead the Department from 2007 to 2014. It was during this ascendency that Tom says he learned the value of the team of support staff around him, and says one administrator Marie Kearns taught him many valuable lessons.

“She once said to me: ‘Tom, you’re a lovely person, but what you have to remember is when you’re being kind to the person in tears in your office, you have to be fair to the 100 people who aren’t in your office. She was right, whether student or staff member!" 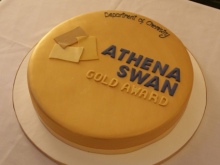 As Head of the Department of Chemistry, Tom instituted a series of changes, perhaps most notably the initiatives led by Dr Tricia Hunt that gained the Department Imperial’s first ever gold Athena SWAN award for promoting gender equality.

When the role of Dean came up, Tom saw it as an opportunity to ‘write some of these things on a larger canvas’. In the past four months Tom has visited many of the varied research facilities that make up the Faculty, from the mosquito insectory in Life Sciences to the high-powered lasers of Physics.

With government-funded research facing an uncertain future, Tom is working closely with Development to identify a broader cross-section of potential funding sources that encompasses alumni, philanthropic donors and foundations.

“That doesn’t mean that the palaeontologists, for example, must start doing something that’s industrially relevant. But it does mean helping people to find those alternative sources so that they can carry on doing the things that they are passionate about doing.”

Tom has always been invested in the careers of students and early stage researchers. One of the things he would like to see is for every student to have the opportunity to work a paid internship.

This partly stems from his concern about what he sees as widening inequality in society and the competitive graduate jobs market. He points to initial analysis suggesting that students from low income backgrounds at Imperial are more likely to be unemployed six months after graduating than their College peers, adjusting for degree results.

“These are students that have successfully navigated the academic rigours of Imperial, yet still lack something, perhaps social capital or confidence, and therefore get left behind. We have to do something about that.”

So does the boy who rose from a council estate to become a top professor and scientific leader have any advice for those embarking on a career in academic science?

“Yes it is difficult, yes it is competitive but many of the most rewarding things are. I will do everything I can possibly do to help you, be your coach, but ultimately you have to do it because you want it. And if you don’t, then there are other perfectly valid paths.”